Cultural heritage does not only refer to monuments and artefacts; it actually goes way beyond with customs, rituals, social practices, the knowledge and skills tranmitted through master-apprentice relations – things that we “inherit from our ancestors and pass on to our descendants,” as UNESCO defines.

Türkiye is among the top five countries with the most intangible heritage values inscripted to UNESCO’s list of the Intangible Cultural Heritage of Humanity. With plenty of its oral traditions, local knowledge, and traditional skills having made it into the list, Türkiye has rich heritage due to its long history.

Here goes 10 of the most authentic UNESCO approved intangible heritage values from the Turkish culture that you will surely love!

Turkish traditional flatbread entered UNESCO’s Representative List of the Intangible Cultural Heritage of Humanity in 2016 as part of a multinational file that includes Türkiye, Iran, Kazakhstan, and Kyrgyzstan. 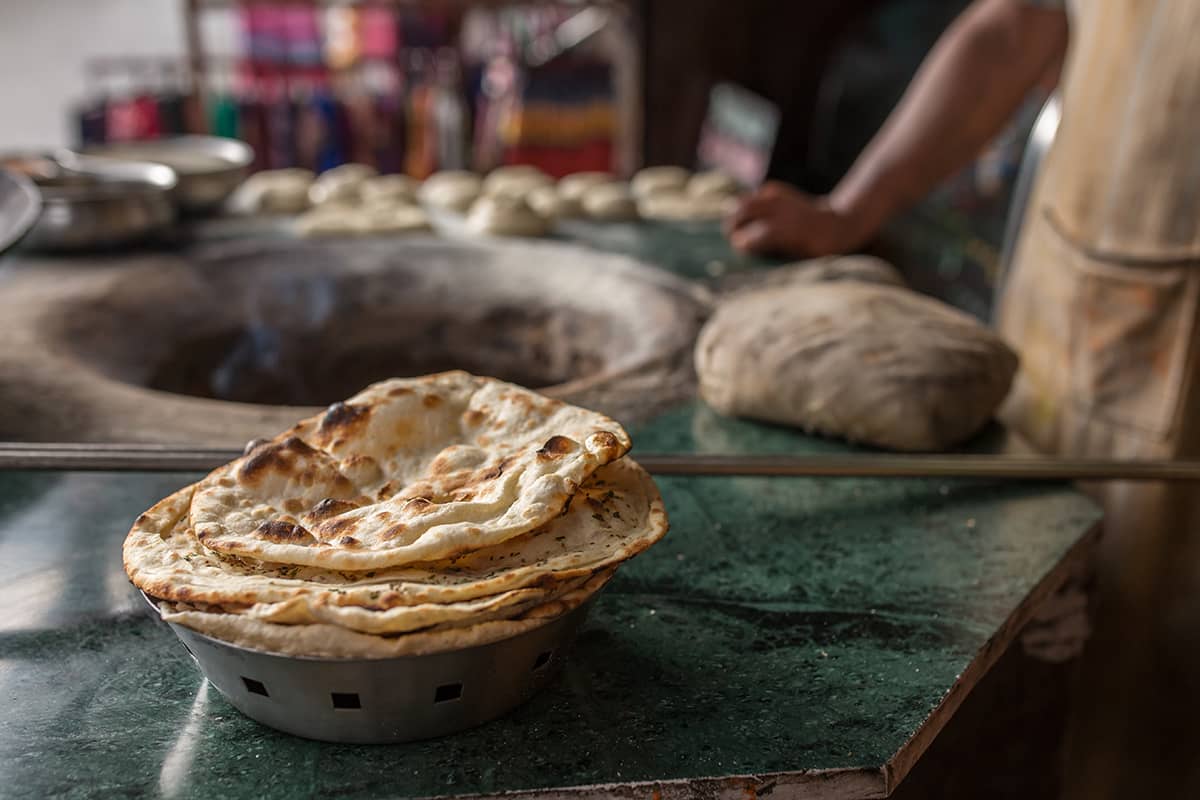 A tradition that has been maintained for several generations now thanks to its social function and widely observed practice, flatbread making sees three or more people actively participate in the preparation and baking processes of these traditional specialties. It includes a few types of bread. Lavash, katyrma, jupka, and yufka are types of these round-shaped breads, whereas the diverse baking techniques include the uses of tandır, sac or kazan. These are some unique cooking equipments widely used in the region.

Transmitted from master to apprentice, this tradition is still sustained in rural parts of Türkiye and reinforces the sense of belonging that is supposed to be felt among members of the community. To learn more about bread’s importance in Turkish food culture, click here.

The Tradition of Nevruz (Nowruz)

An ancestral festivity that marks the first day of spring, Nowruz has been sustained as a tradition for centuries. It includes rituals and ceremonies and a feast that brings people, usually close relatives or small communities, together in joy.

Nowruz is now a true symbol of solidarity and peace. It entered UNESCO’s Representative Intangible Heritage List in 2016 as a common cultural value of Türkiye and 11 other countries. 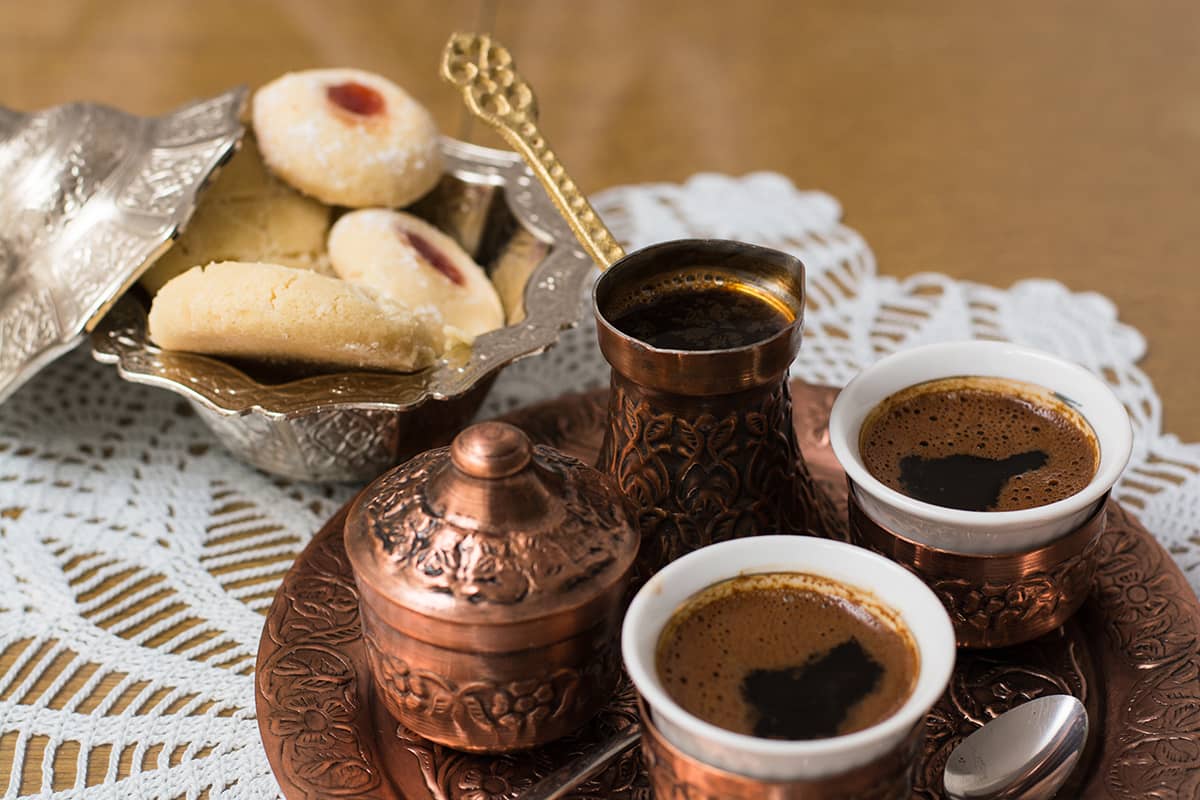 Taking part in UNESCO Intangible Heritage list, Turkish coffee symbolises much more than a simple brewing technique. It has developed in time a rich communal traditional culture, bringing people together in special occasions, like engagement ceremonies, or just for the fun of it.

Throughout its history, a tradition arose that sees the coffee grounds read as part of a fortune-telling custom. Basically, once the coffee is drunk, the cup is turned over on a saucer and left to cool down. Then you open it, and plenty of patterns appear before your eyes. The most common associations include animals, hearts, the moon, eyes, teardrops, and other similar symbols. They mean various things such as getting some news, getting rich instantly, good or bad luck, and happiness or sadness. Be careful, though, as this custom might get you hooked once you’ve had your first try at it. 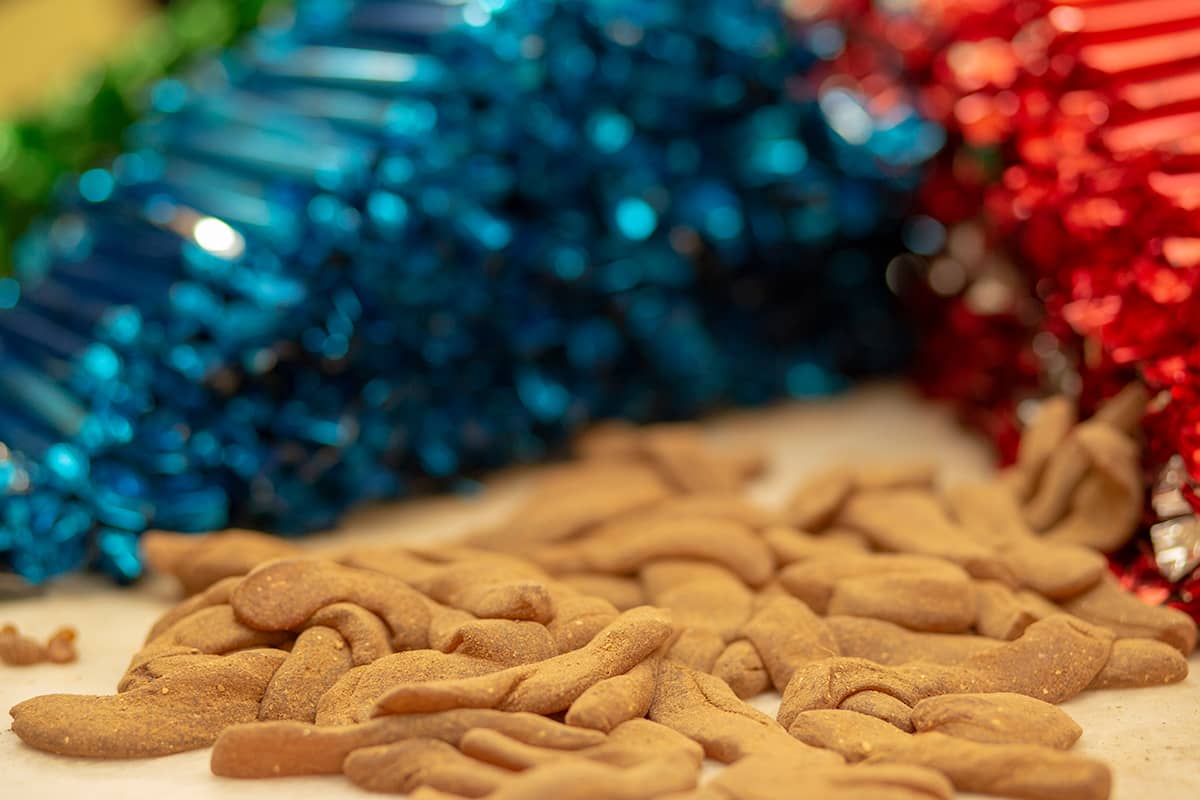 A sweet paste consisting of 41 herbs and spices, mesir macunu was first prepared to cure Hafsa Sultan, the mother of Süleyman the Magnificent, of a severe illness. It was so effective yet delicious that the Sultan ordered it to be distributed among common people.

Türkiye’s Manisa city has a festival where people get together to celebrate this genuine product to see it served by a chef and his apprentices annually for the past 400 years. The festival became a part of UNESCO’s Representative List of the Intangible Cultural Heritage of Humanity in 2012.

For those of you who are interested in regional cuisines, here’s a link that compiles products originating in Manisa, including mesir macunu and much more. 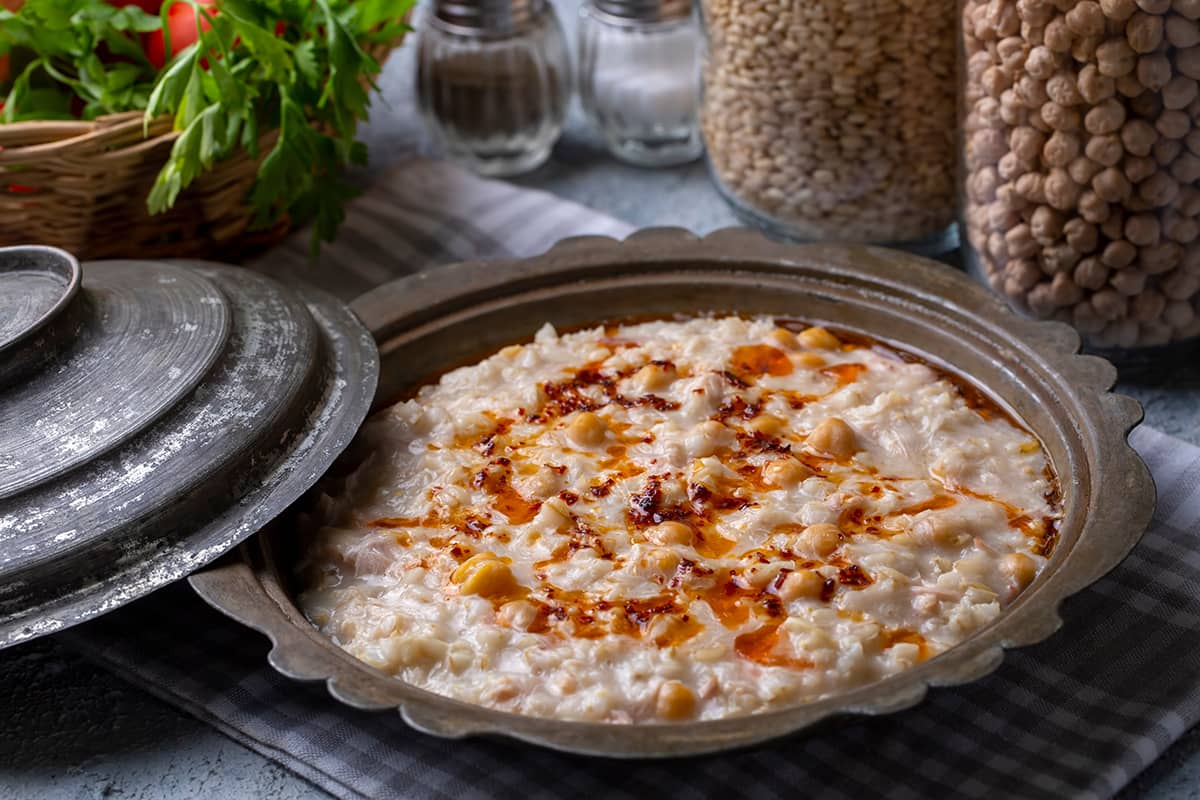 Keşkek is a Turkish dish that consists of meat and wheat. A tradition arose that sees it prepared in huge cauldrons, namely kazan, for wedding ceremonies, circumcisions and religious holidays. The wheat is usually beaten by the youngest people of the village as the crowds cheer. It is probably thanks to this entertaining side of the tradition that reserved a spot for Keşkek in UNESCO’s List of the Intangible Cultural Heritage of Humanity. 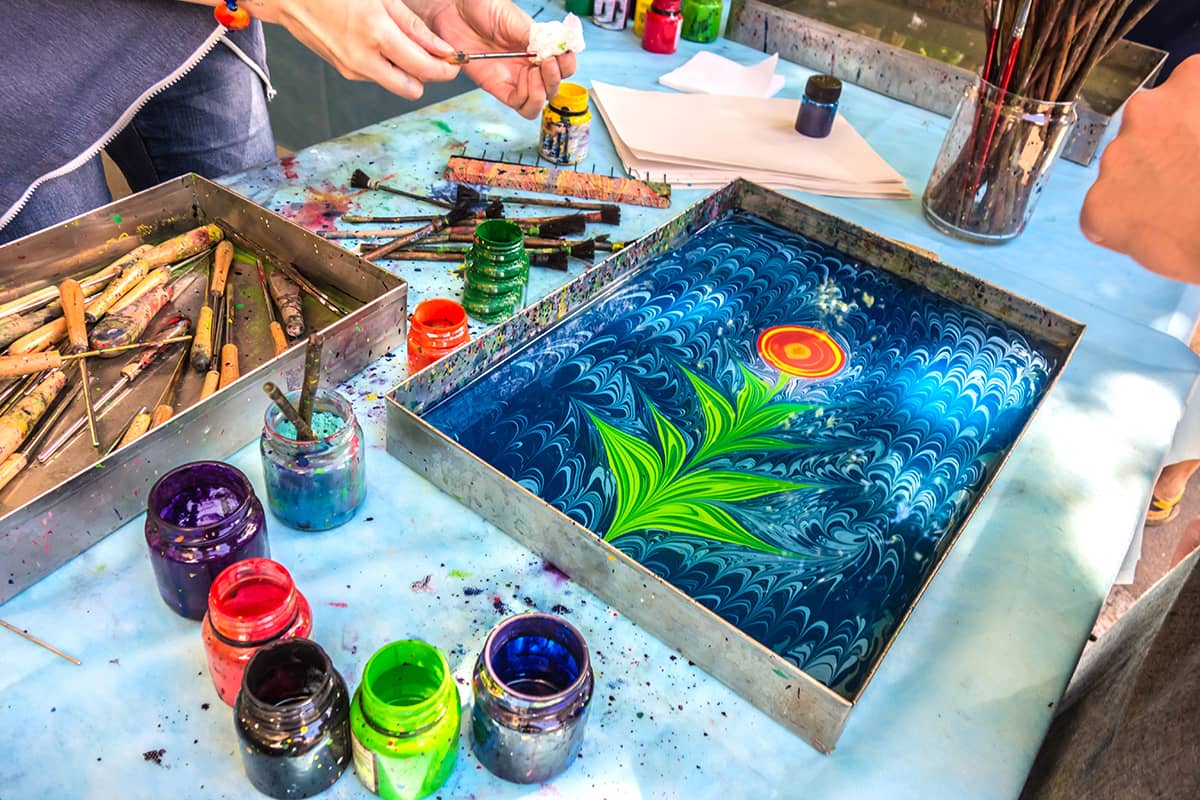 Ebru refers to the art of creating colourful patterns by sprinkling pigments on a pan of oily, condensed water and then transferring the patterns to a special paper. It was originally used in the margins of books as an ornament before it became an art form of its own. It is now considered an integral, traditional part of the Turkish cultural identity. Ebru entered UNESCO’s representative list of the Intangible Cultural Heritage of Humanity in 2014. 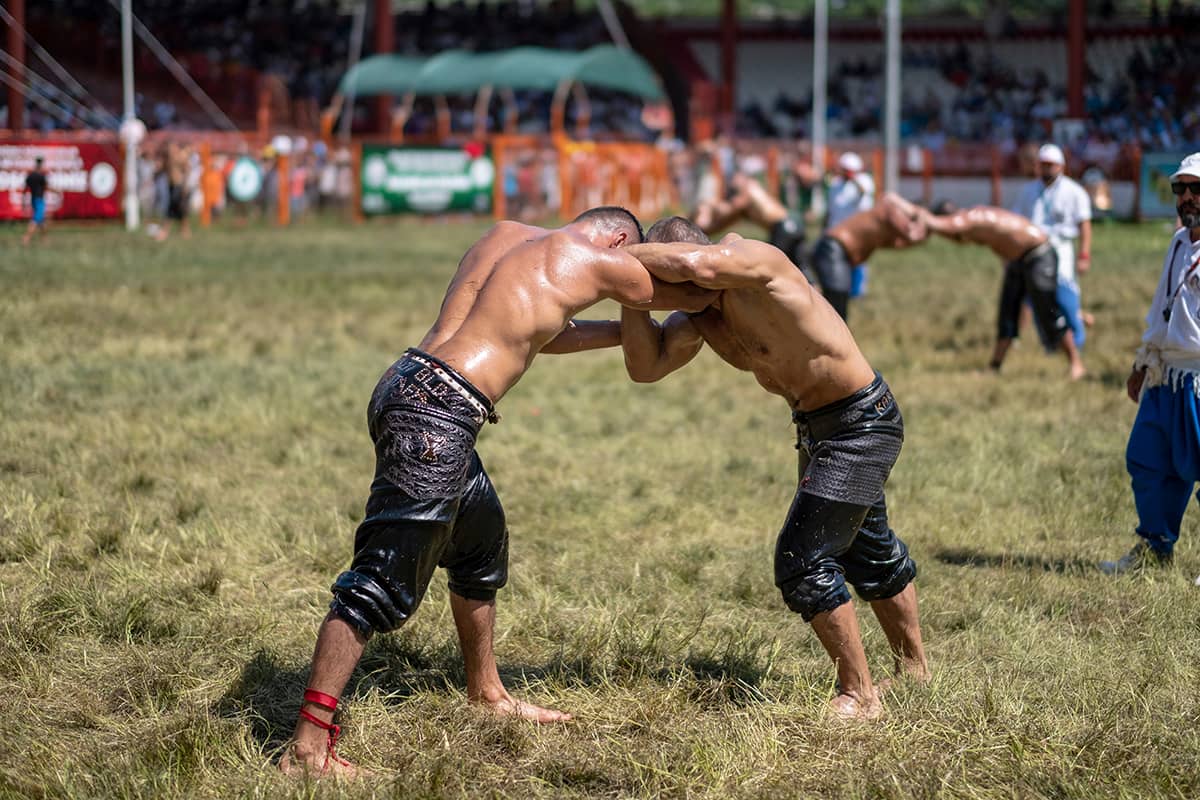 Every year in Türkiye’s Edirne city, pehlivans, wrestlers trained in the master-apprentice tradition, join the ancestral festivities which are now called Kırkpınar Oil-wrestling Festival. Thousands of people from different age groups and regions take part in this festival and watch wrestlers fight to win the Kırkpınar Golden Belt and the title of Chief Pehlivan. The ceremony features forty bands playing Turkish traditional instruments like davul and zurna, and the pehlivans wearing a traditional costume called kispet, thick trousers.

Here’s more information on this festival, which is listed on the Representative List of the Intangible Cultural Heritage of Humanity. 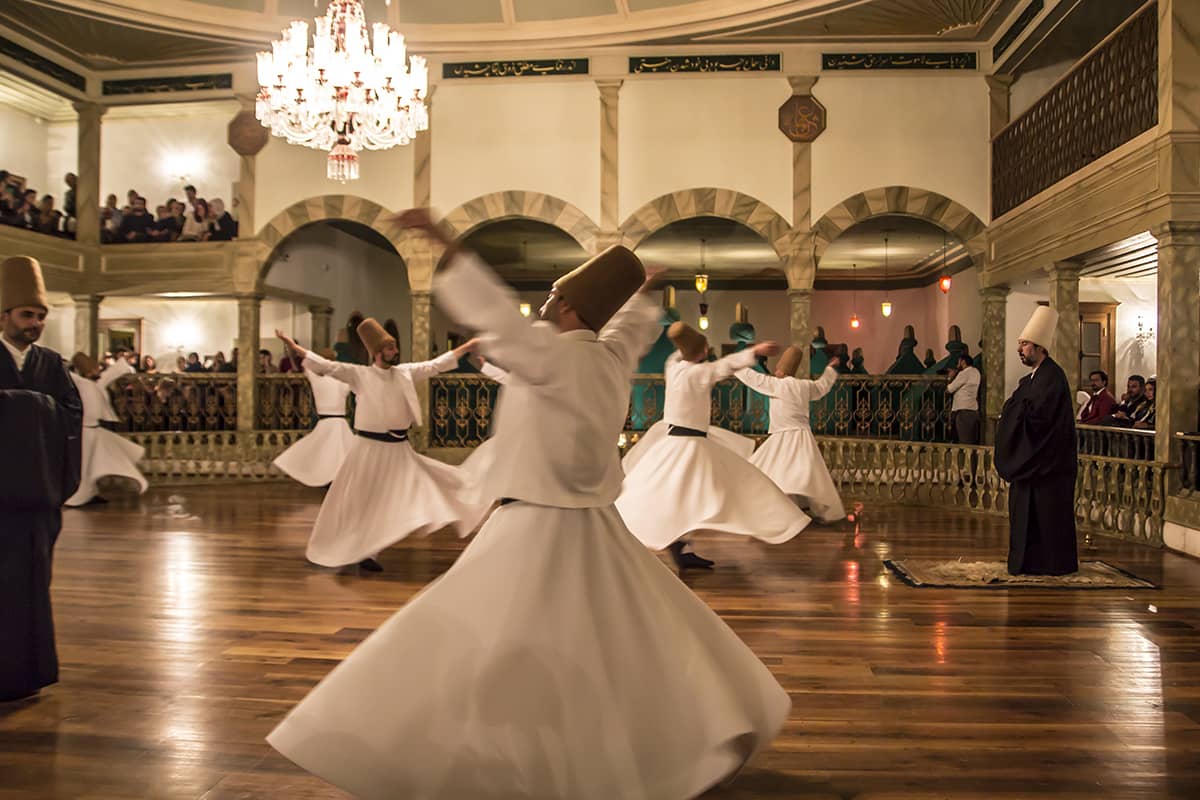 A ceremony observed by a Mevlevi sect, semah symbolises one’s mystical connection to God and contains highly detailed elements and themes. The tradition started to be observed way later than the death of Mevlâna Celaleddin Rumî, a prominent figure in Sufism, who is most commonly identified with the moves of the whirling dervishes.

Literally meaning “the Wedding Day,” Şeb-i Aruz is celebrated on December 17 every year, on the anniversary of Mevlâna’s passing. Thousands gather at Konya’s Mevlâna Museum to commemorate him and celebrate his reunion with “his Beloved” (the God as he is commonly referred to in Sufism). Mevlâna would deem death as the time of release from the cage we call a body – and the time to rejoin God once and for all. It is for this reason people consider this custom as a festival and continue to celebrate it, offering one another gifts of all kinds.

To learn more about this ceremony which was proclaimed as a masterpiece by UNESCO in 2005, click here. 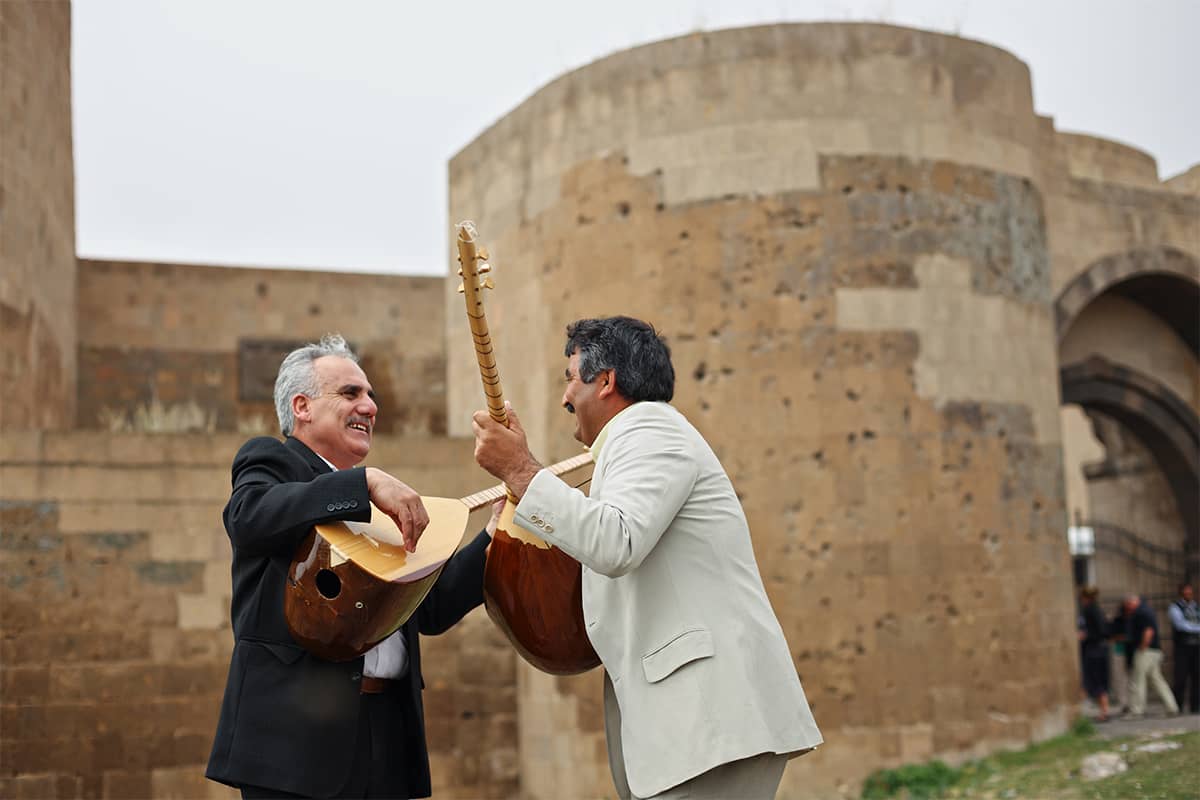 The âşıklık (minstrelsy) tradition has been included in the UNESCO list for 12 years now. The word âşık refers to wandering poet-singers who play a stringed instrument named saz and sing in weddings, coffeehouses or public festivals and celebrations. These poet-singers undertake a long apprenticeship where they learn about playing the strings and percussion instruments and oral storytelling.

Arts of the Meddah, public storytellers

The art of the meddah can be roughly defined and described as public storytelling. The performer of this art is called the meddah, and he usually tries to entertain the public with impersonations and animations.