Kirkpinar Oil Wrestling Festival is an annual tournament held in the Western Turkish city of Edirne. Wrestling competitions last for seven days and are generally held at the end of June each year and features local food, dances, wares and music. 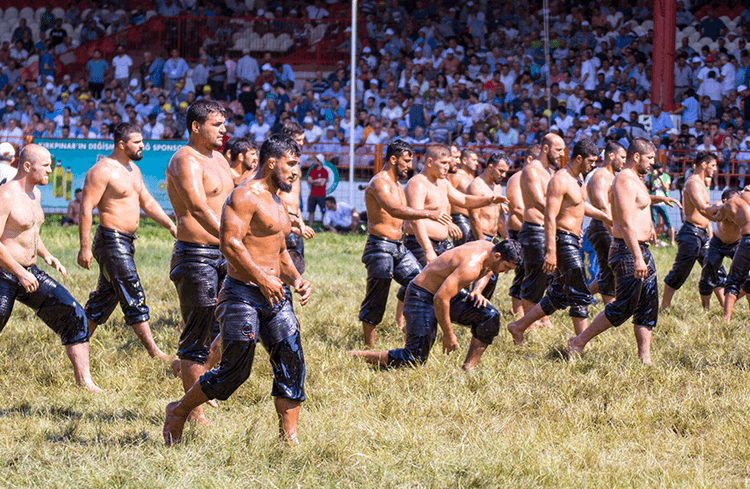 The Kirkpinar Oil Wrestling Festival holds the Guiness Book of Records title for the longest consecutively held sporting event in the world. In 2010 the festival was also added to UNESCO’s Representative List of the Intangible Cultural Heritage of Humanity.

The festival traces its roots back to 1360s when Ottoman Sultan Orhan (1326-1362), sought to keep his soldiers in top physical condition and battle ready. Today master wrestlers or Pehlivans are trained in the art of wrestling and must possess demonstrated good or moral character traits in order to be invited. The pehlivans are invited to the festival by the Kırkpınar Ağası (Kırkpınar Master) based on their personal qualities and skills. Admittance to the festival is not taken lightly, invitations are made by the Kırkpınar Ağası in the same traditional way they have been for centuries past: by sending a candle with a red base to the nominated pehlivans at the beginning of March. 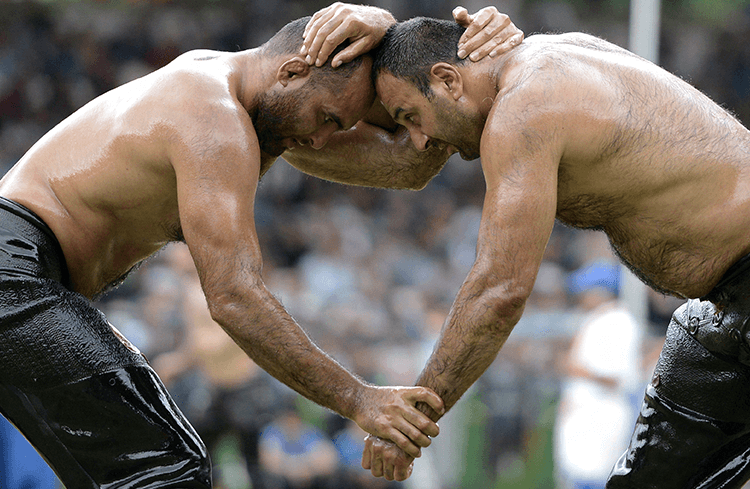 Once at the festival, the pehlivans and other participants, decked out in their leather trousers or “kispet” will first join in Friday prayers. The prayers at the start of the festival carry special importance as the mark of commencement and cloak the festival and its participants in a sacred blessing.

Following prayers, the festival moves to its traditional location in Sarayiçi, one of Edirne’s most important recreational destinations, steeped in history of the event and a key symbol of the city. Every year, on this spot, around 2.000 men compete for the title of Başpehlivan (Chief Wrestler). The winner of three consecutive festivals is awarded the golden belt, the highest honor possible. 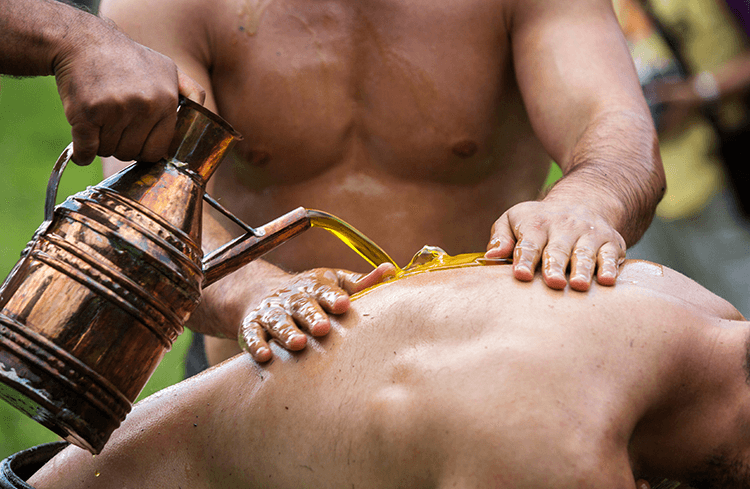 Before the wrestling gets underway each man is covered in olive oil by the “yağcı” (oiler). Then the two opponents walk into the “er meydanı” (Field of Contest) to the traditional sounds of 20 zurna (folk oboes) and 20 davul (bass drums), where they observe the peşrev, the ritual beginning of the match. Each pehlivan takes three steps forward, then three steps back, followed by the left knee to the ground, then the right hand touches the right knee, then the lips and forehead three times.

The last step is leaping forward and shouting “Hayda bre pehlivan!” (Bring it on, wrestler!) and the wrestlers fall into their grip-stance. The goal of the match is to pin your opponent’s back to the ground, force him to sit, pull down his trousers or carry him with 3 steps, without contact with the ground. Judges are watching closely to see that the rules are observed or if the wrestlers have succeeded in making their opponent concede. 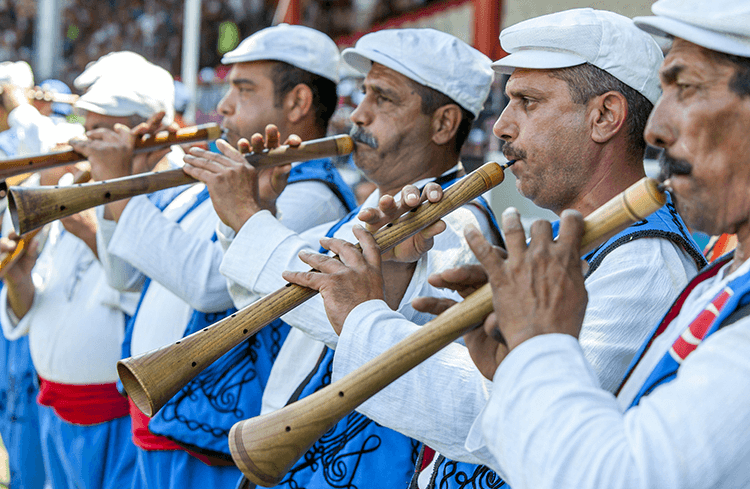 This festival is a highly recommended celebration of a truly unique tradition. From traditional oil wrestling, to traditional singing, dancing and feasting, Kirkpinar is a must-attend for any visitor!