Turks love weddings! In Türkiye, the months of May, August, and September have always been the most popular time for weddings. Especially in rural areas, traditional weddings in Türkiye come with a long list of customs and traditions to tick off for a happy marriage.

Almost every region of Türkiye has its own unique wedding traditions. But here is a guide for those of you who are new to the wedding scene in Türkiye. Find some of the most common Turkish wedding rituals as below! 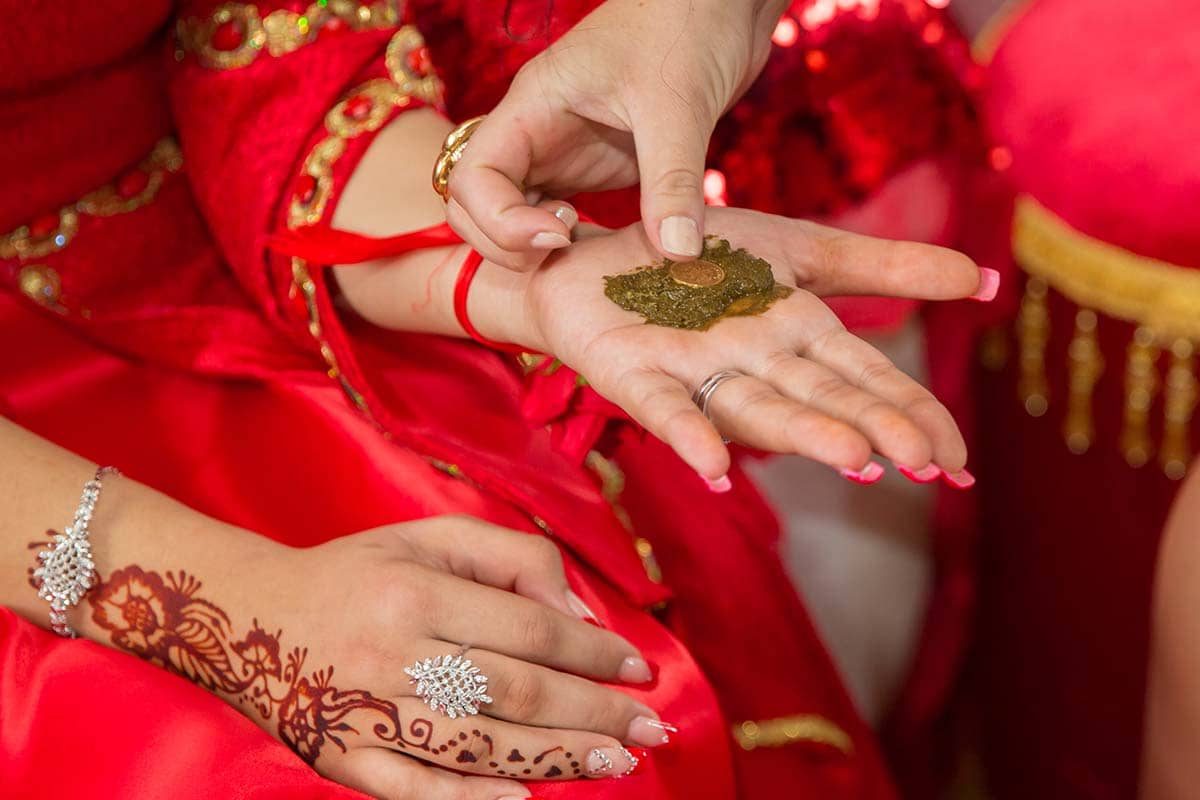 Henna night has been a Turkish tradition for hundreds of years. A day or two before the wedding, families and friends gather along for a small celebration. Traditional folk songs are sung, and henna is applied on the bride's palm and the groom's pinky finger.

Henna has always been associated with devotion. Therefore, it has a symbolic significance for those who are getting married. Also, henna is believed to protect married couples from evil. Henna night traditions may differ in each region, but one common aspect is making the bride-to-be cry to show her true sorrow for departing with her own family.

The bride sits on a chair, and traditional ballads are sung as the single girls spin around holding candles in the palm of their hands. And everyone waits for the bride to cry. According to the tradition, the purpose of this is to make the bride move on from crying to laughing with her life. 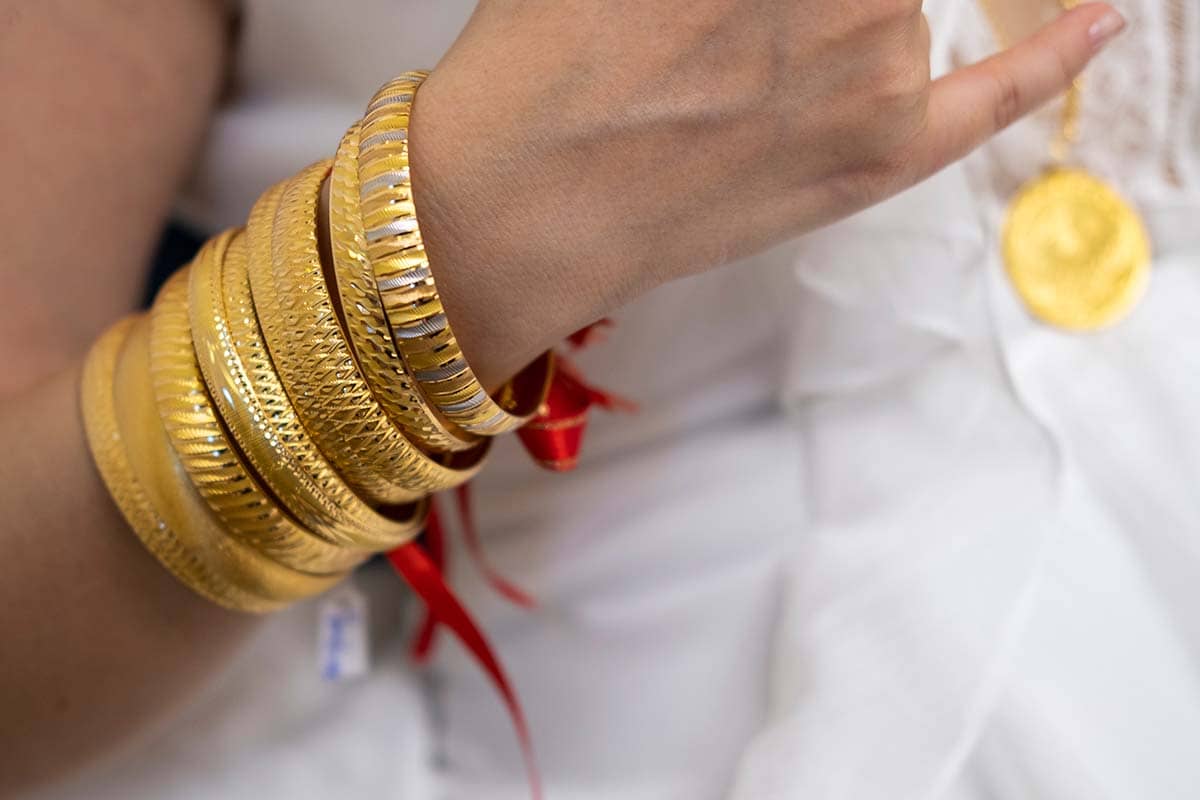 It is customary to gift newlyweds gold on their wedding day in many cultures. In Türkiye too, when a couple gets married, gold jewelry is offered as a gift by their friends and families to help them start off to a good, prosperous future.

The reason for this is to support the couple, who are just beginning a new life. Since weddings are expensive occasions, their close circles try to help the young couple and contribute to their economy.

The jewelry gifted at the wedding is chosen to enable exchanging gold for money. And these gifts are actually pinned on the bride and groom!

Of course, kissing the guests one by one in crowded weddings and doing a jewelry pinning ceremony can take a lot of time. And it can be very tiring for the bride and groom. But it is totally worth it!

Stepping on Each Other’s Feet 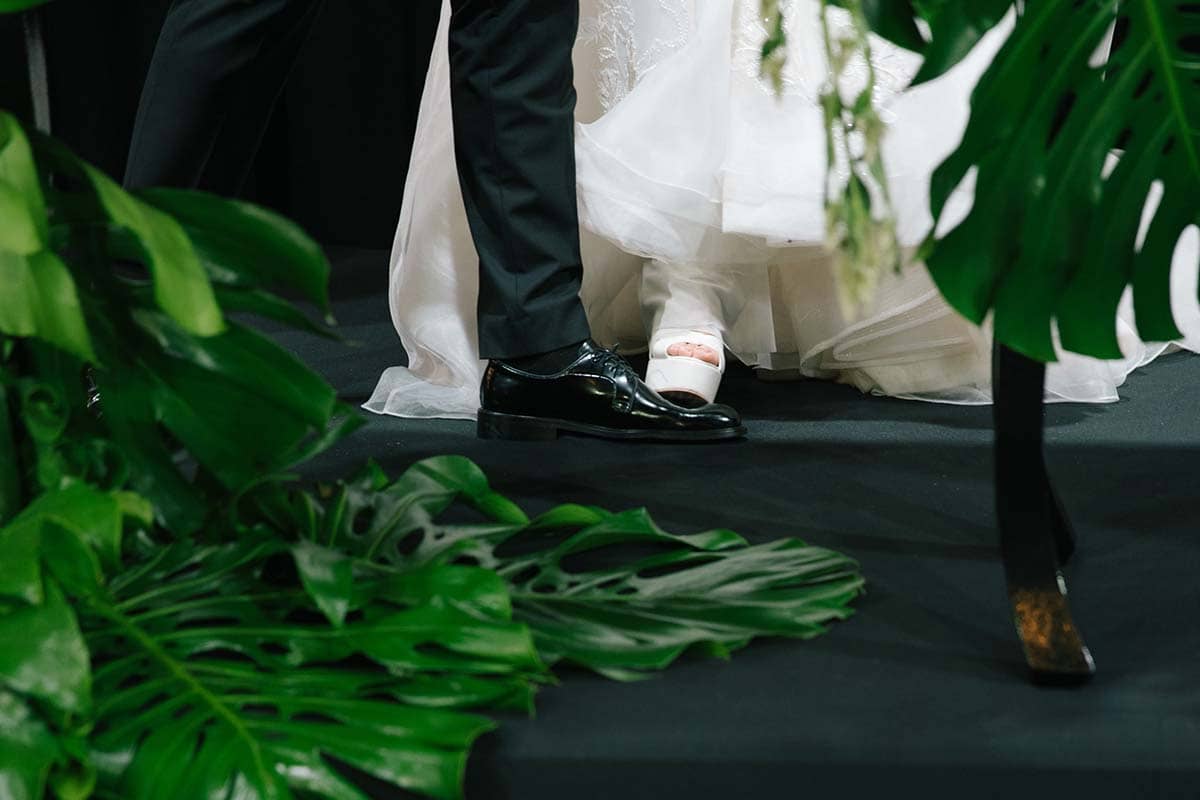 One of the most prominent superstitions tied to the moment after the “I dos” has to do with the newlyweds stepping on each other's feet. Supposedly, whoever steps first is the one who will have the ultimate say in the marriage.

The grooms can also step on the bride's feet, but usually, the brides prove to be faster. This tradition has its origins in Ancient Rome. Considering that shoes represent freedom in almost every culture, this custom can be in our lives so that spouses do not abandon each other. Whether you believe in this custom or not, you will have a fun time cheering for your side of the duo to step on the other’s foot as quickly as possible! 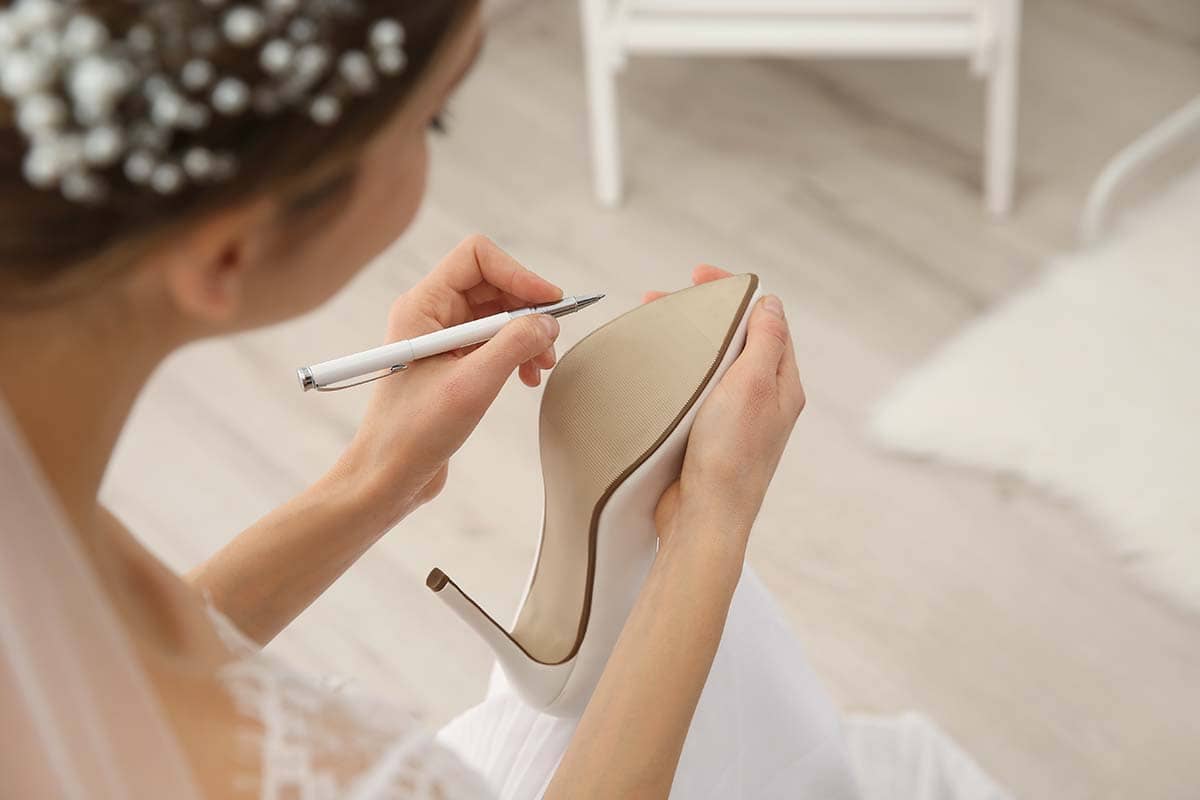 One of the wedding customs is to write the names of single friends and relatives on the bottom of the bride's shoes. However, writing a name under the bride's shoes is interpreted differently in Türkiye. Some believe that if the name wears off at the end of the night, that person will get married in the same year. Others think that even if her name doesn’t wear off, she’ll meet a man quite soon, maybe even at the wedding itself! 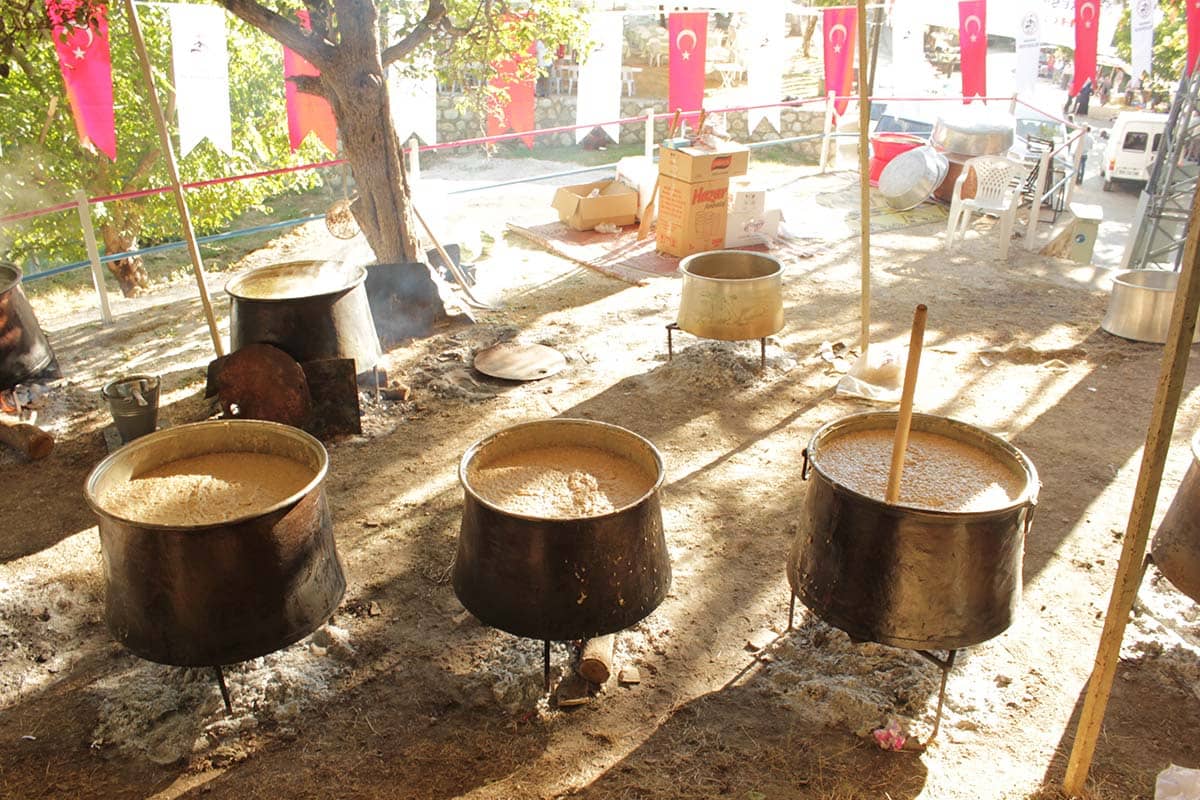 Known with different recipes all over Türkiye, Keşkek is a dish widely prepared at weddings and holidays. It is a traditional but demanding dish consisting mainly of split wheat and meat.

The wedding cooks make it in cooperation. As a result of the pounding process, meat and wheat come together making a smooth texture overall. It is said that the longer and vitally it is beaten, the better Keşkek tastes!

Perhaps, Keşkek is indispensable for weddings because it represents marriage. So much so that in some regions, young girls and boys who have reached the marrying age are asked, "When will we eat your Keşkek?" aiming to motivate them for marriage.

Another folkloric tradition in Türkiye is for the bride to be adorned with strings of sparkly tinsel. These are known as “bride’s tinsel.” Single girls pull from these tinsels. The shorter it is, the closer her marriage is. Apparently, these tinsel pieces were made of real silver during the Ottoman period. Nowadays, they are made of high quality copper.