Top 10 Things To Do In İstanbul

Are you ready to go on a journey in one of the oldest cities in the world? You have many options, from the first apartments to palaces. If you are ready to dive into dreams while watching the skyline of the city, let's move on to things to do in İstanbul in top İstanbul sightseeing places. Let's be warned right now; things to do in Istanbul do not end with counting!

Take a Stroll Through History: The Hagia Sophia 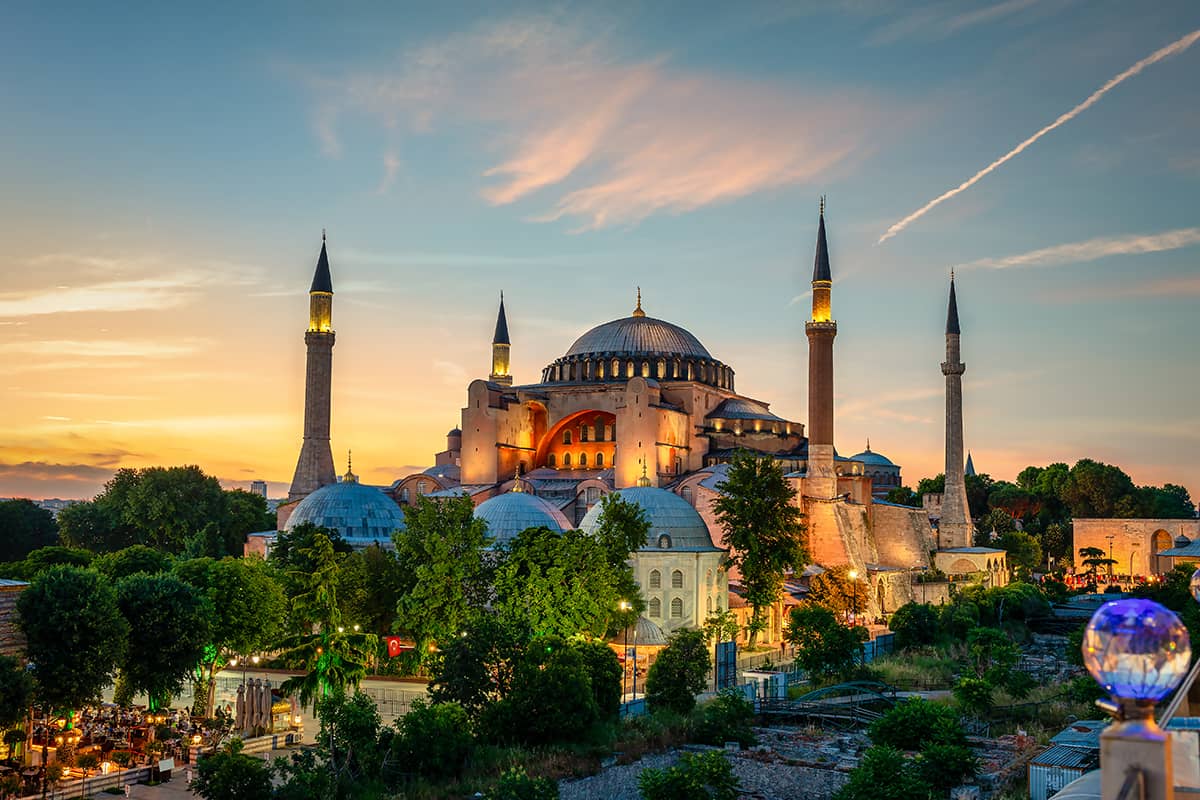 Ayasofya-i Kebîr Cami-i Şerîfi (Hagia Sophia Grand Mosque), one of the most magnificent İstanbul visiting places, is ready to mesmerize you. Here is a historical building from 537 to the present! Yes, it is huge and stunning on the outside but the magic kicks in when you step inside. Amongst many places to visit in İstanbul, it is the one you will spend hours gazing into its miraculous interior with astonishment.

If you would like to feel Byzantium culture and be in a place where history cannot wear out, the first stop on your list is certainly here! Hagia Sophia will take most of your time of İstanbul travel by its unending grace.

You will definitely understand as soon as you take a step inside how important it is to visit this magnificent structure, one of the must-see places to visit in İstanbul.

Enjoy The Spices, Carpets, and Gold: The Grand Bazaar in İstanbul 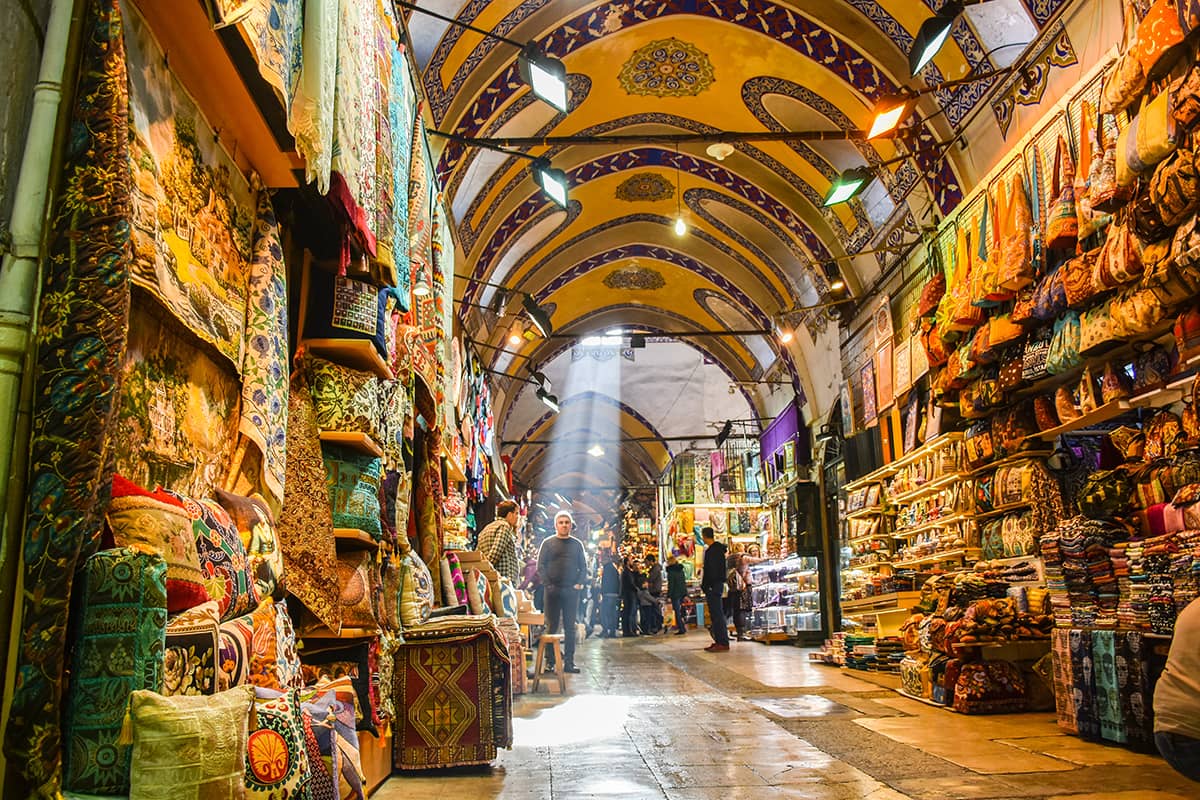 Turn your route to a bazaar in İstanbul for a short trip to the Ottoman period! The Grand Bazaar, which is the first market that comes to mind when talking about İstanbul, invites you to a visual feast.

There is no better place to talk with local people than the Grand Bazaar in İstanbul, Türkiye. Also, Grand Bazaar is an excellent choice for shopaholics because it is home to more than 4000 shops. It sounds crazy, but it's right on the mark! You can buy a carpet for the corner of your home where you spend the most time, or you can choose gold jewelry for yourself. It is possible to find everything you are looking for here!

To explore other routes to go in İstanbul, click here!

Take A Tour Throughout The Bosphorus and Simit To The Seagulls! 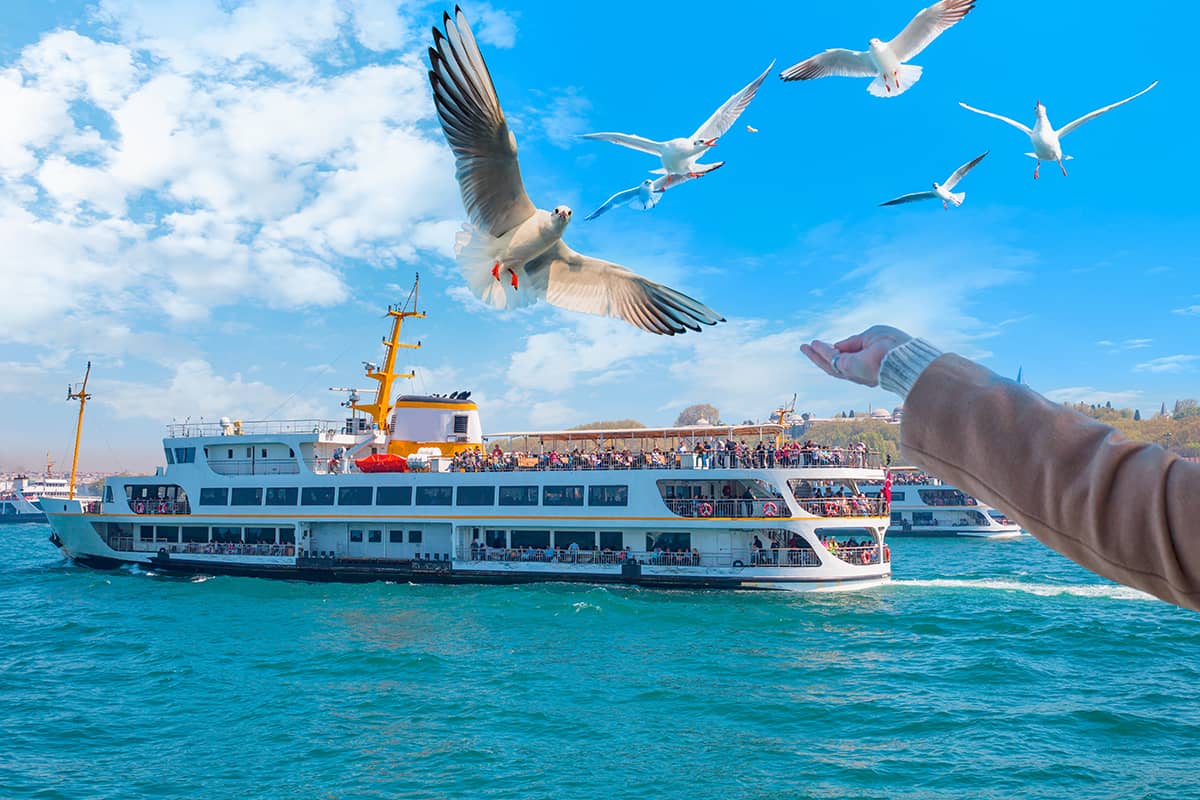 What comes to mind first when you talk about İstanbul visiting places? Something is where blue and green meet, connecting the two sides: The Bosphorus! It will be good for everyone to spend some time in this exquisite strait that connects the Anatolian and European sides. Whether you prefer a boat tour or a ferry trip with the locals. It doesn't matter, the experience and excitement of all of them are completely different!

Let's tell you a secret! Before getting on the ferry, definitely buy a bagel because the first thing to do in İstanbul is undoubtedly eating simit and feeding the seagulls!

Discover The Ottoman Empire Along with İstanbul: Dolmabahçe Palace 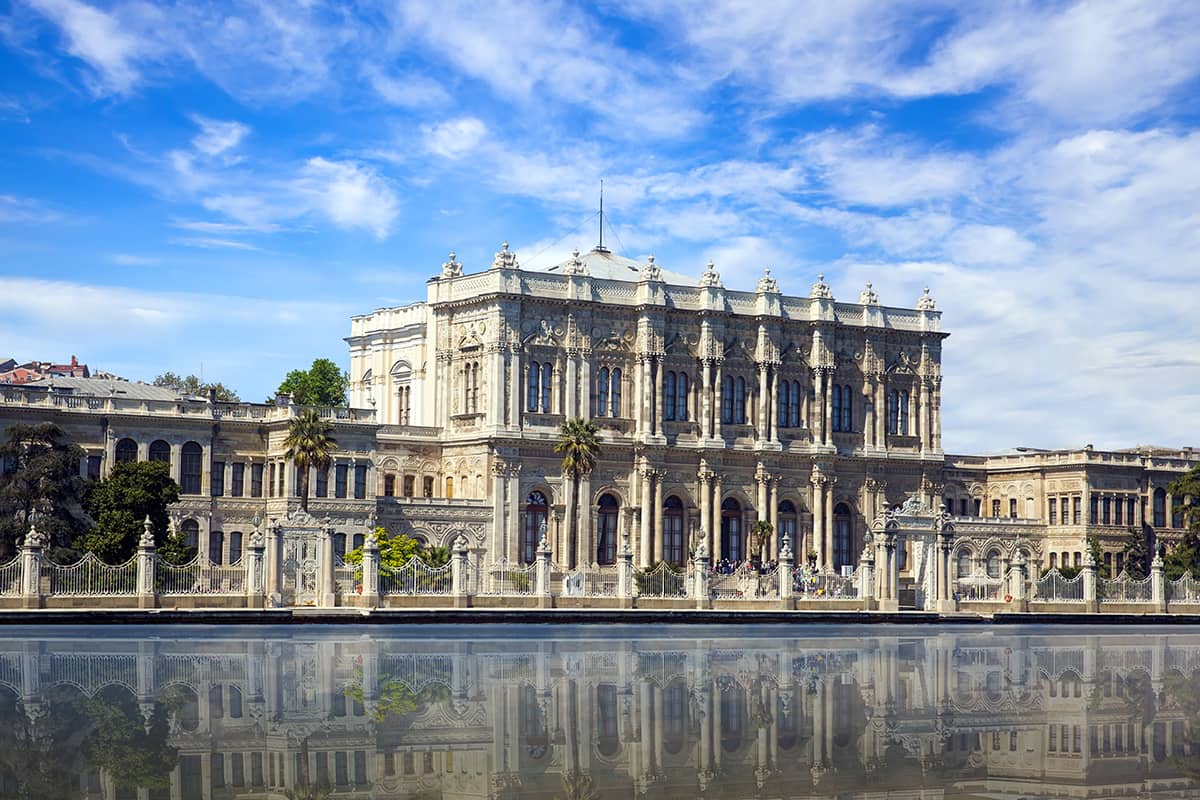 The last signature of the Ottoman Empire to İstanbul: Dolamabahçe Palace! This place, rising on the edge of the Bosphorus with the traces of western architecture, will make you fall in love with both its interior and its view. This magnificent area served as a port where navy ships were anchored and performed the maritime ceremonies during the Ottoman period. Afterwards, it was used as a royal garden belonging to the sultan and the dynasty. So, it is possible to find many impressive traces and photos from Ottoman Period.

There are other features of the palace, which contains things about the Mustafa Kemal Atatürk:

The palace was also the first place in İstanbul where Mustafa Kemal Atatürk gave a speech to İstanbul. And he gave his last breath in this palace. So, Dolmabahçe Palace carries a dramatic meaning at the same time for locals. 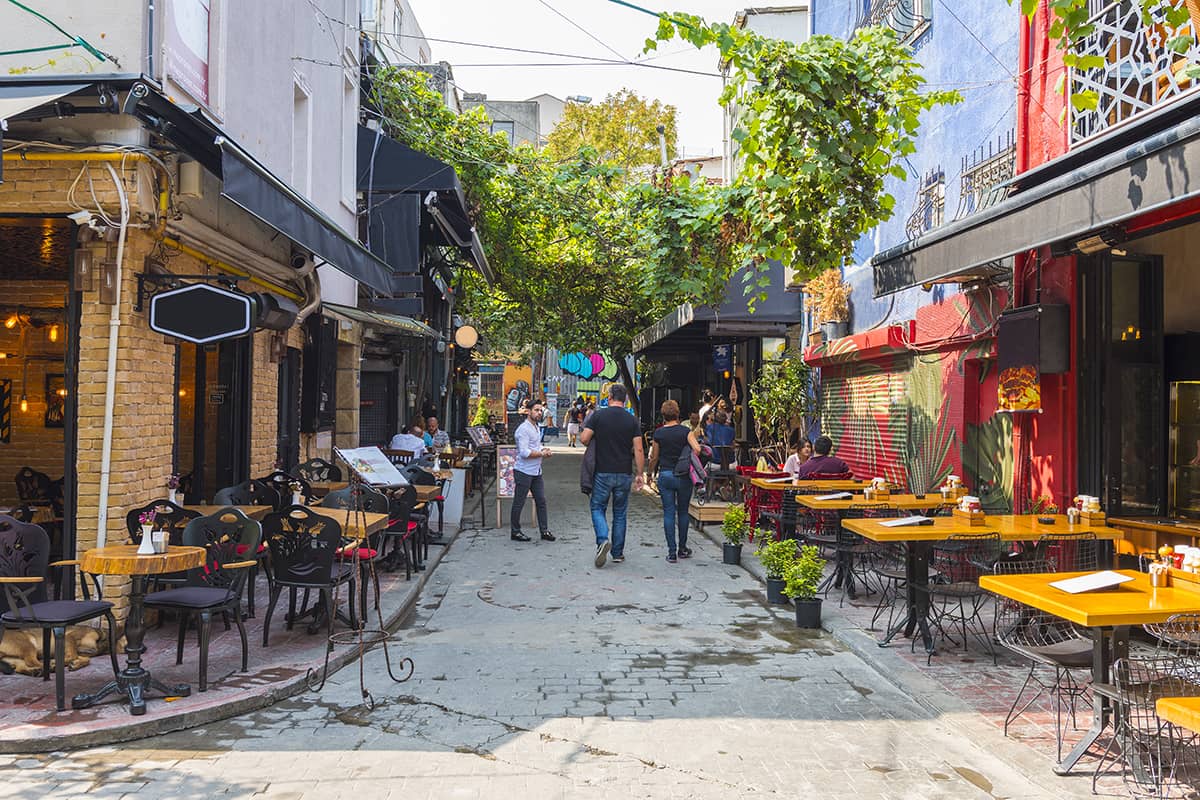 Visit The Heart Of The Ottoman: Topkapı Palace 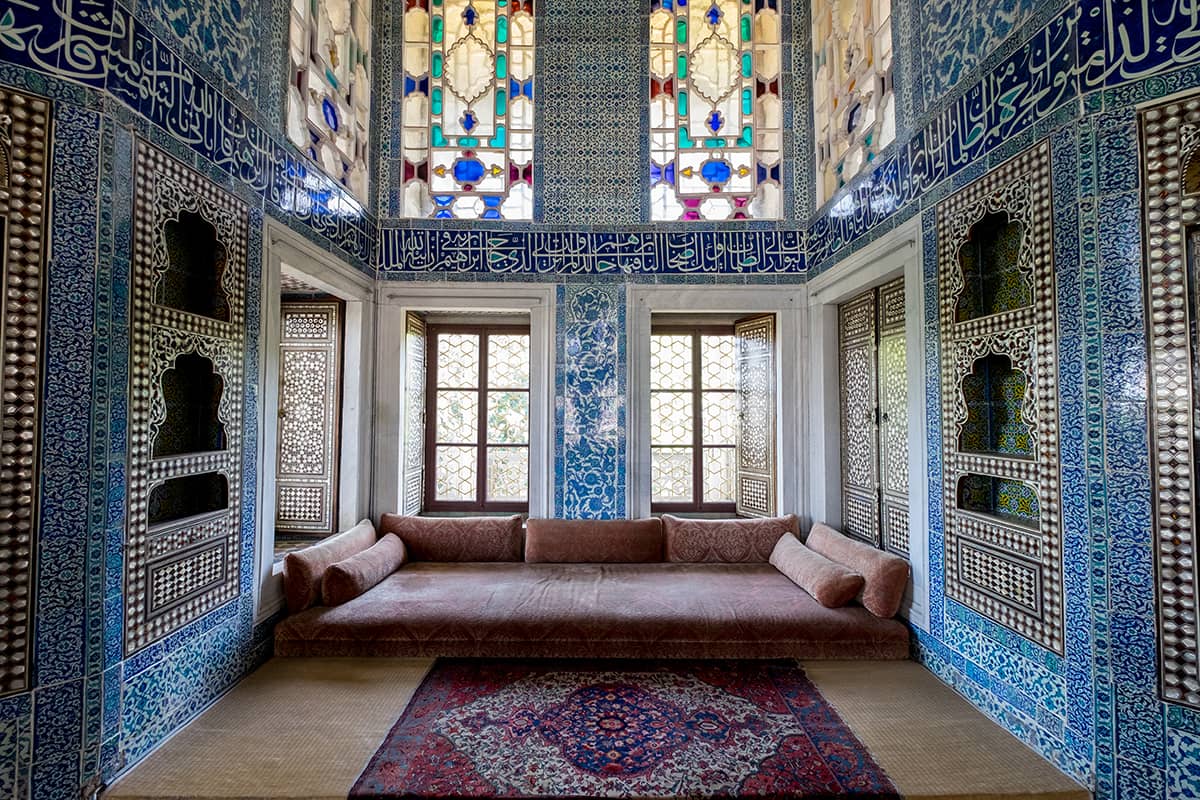 You are in the place where the sultans ruled the Ottoman from Topkapı Palace for exactly 400 years! This is definitely an unmissable stop on historical İstanbul sightseeing. Throughout its own history, Topkapı Palace was all Ottoman sultans' home as from Mehmet the Conqueror. It was also the administrative, educational and artistic center of the empire. Especially Baghdad and Revan Pavilions, with their extraordinary interior architecture consisting of İznik tiles, are the must-see legacies! Today, it has an exhibition where it has shown Ottoman weaponry, jewels, and artifacts, but it’s known for its stories, to be honest. Once upon a time, many sultans, prominent courtiers, and famous concubines lived in Topkapı Palace. So if there is a place to learn incredible stories in İstanbul for tourists, it is definitely Topkapı Palace.

Only Way To Fly: Galata Tower 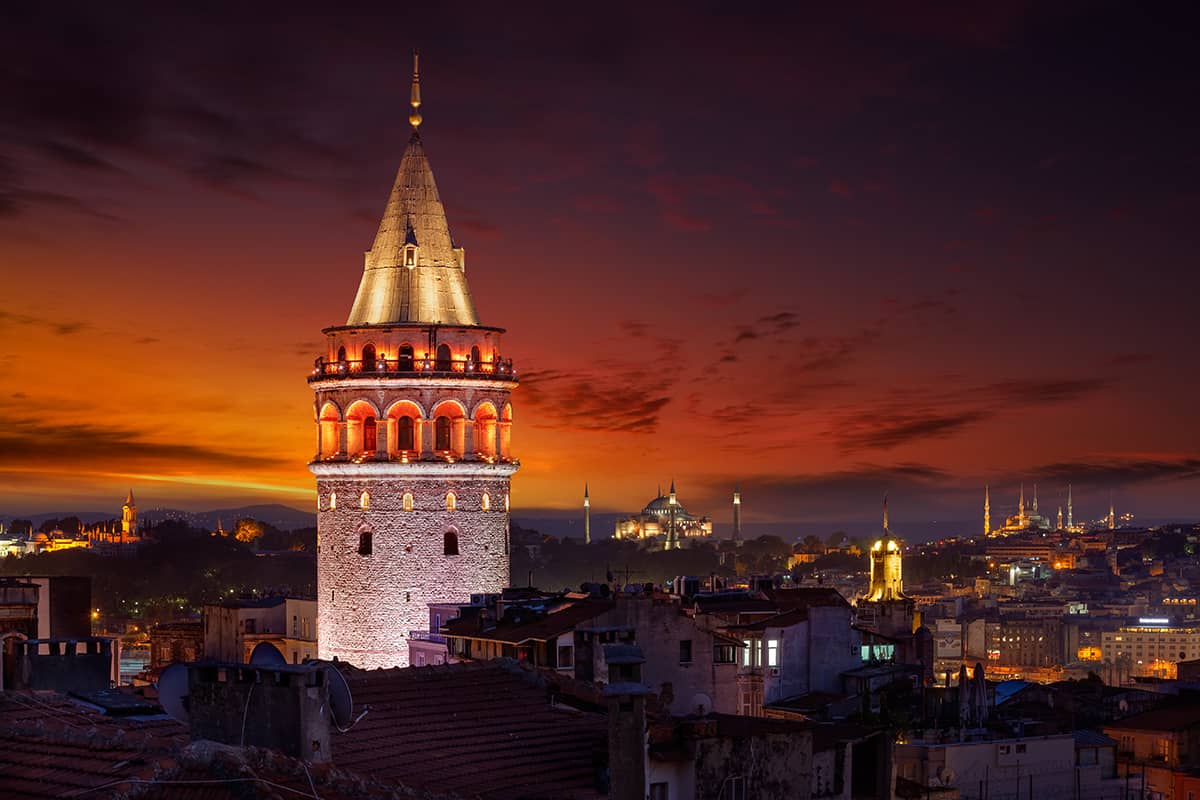 Have you ever heard of Hezârfen Ahmed Çelebi’s story? According to the Ottoman explorer Evliya Çelebi's famous work, Seyâhatnâme (Travelogue), Hezârfen Çelebi, who climbed up the Galata Tower to make all of our dreams come true, left himself down from the tower with his big wings in 1632! And flew across the Bosphorus and landed at Doğancılar in Üsküdar, 3558 meters away! Although this story is according to the legend,  it is still precious to leave places you visit by knowing their stories. So, climb up the tower to witness the breathtaking view of Istanbul from the exact source of this story!

Like all the great cities globally, İstanbul has its own love story too and this story is between two towers. Galata Tower and Maiden's Tower. Another emotional aspect of İstanbul for tourists is here. As heartwarming as this story can be, it’s still mandatory to visit them to feel the romanticism of İstanbul travel. 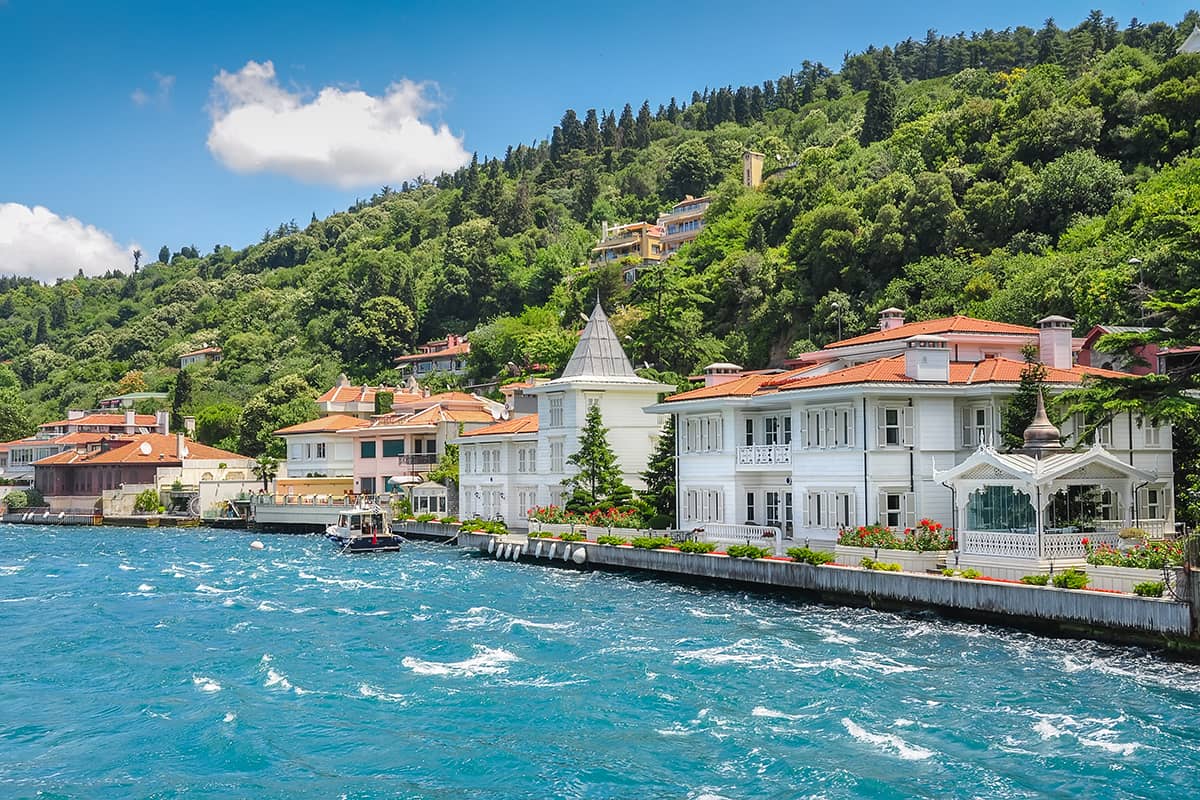 Another one of the places to visit in İstanbul is Princes Islands! The most popular ones are Büyükada, Heybeliada, Burgazada,  Kınalıada. These cute ıslands that line up throughout The Marmara Sea will fully take one day of your İstanbul trip! Unlike the places like Topkapı Palace and the Grand Bazaar of İstanbul (where local artisans will shout as loud as they can to make you notice them), the Islands are surrounded by peaceful silence. Be sure that after a joyful ferry journey, you will feel nature more deeply than ever before. It sounds good, right? If you are ready to bike a little, watch the sea, and have a picnic, do not forget to add the Prince’s Islands to your list of ‘‘İstanbul Visiting Places’’. 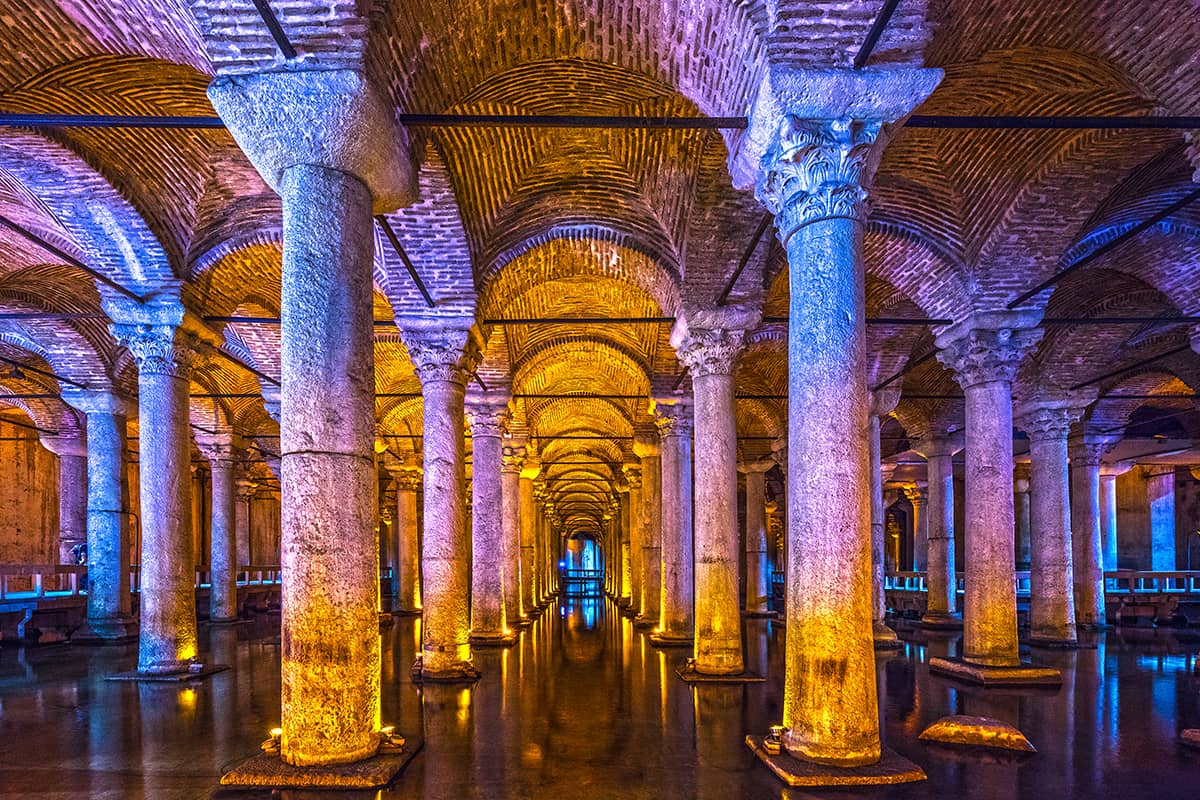 We said that finishing the places to visit in İstanbul would not be easy! Another must-see architectural masterpiece in İstanbul is ‘’Yerebatan Sarnıcı’’ which is known globally as "Basilica Cistern." Locals named this structure this way because of its intriguing illusion of infinite columns.

Can you imagine that all of İstanbul's water demands are fulfilled from here? But this is the truth; this cistern has provided water to İstanbul for years! There is another thing you will come across as you stroll among the pillars: an upturned Medusa statue. Sounds a little scary and mystical! It's dark underground atmosphere also helps you escape the heat of the summer in İstanbul. 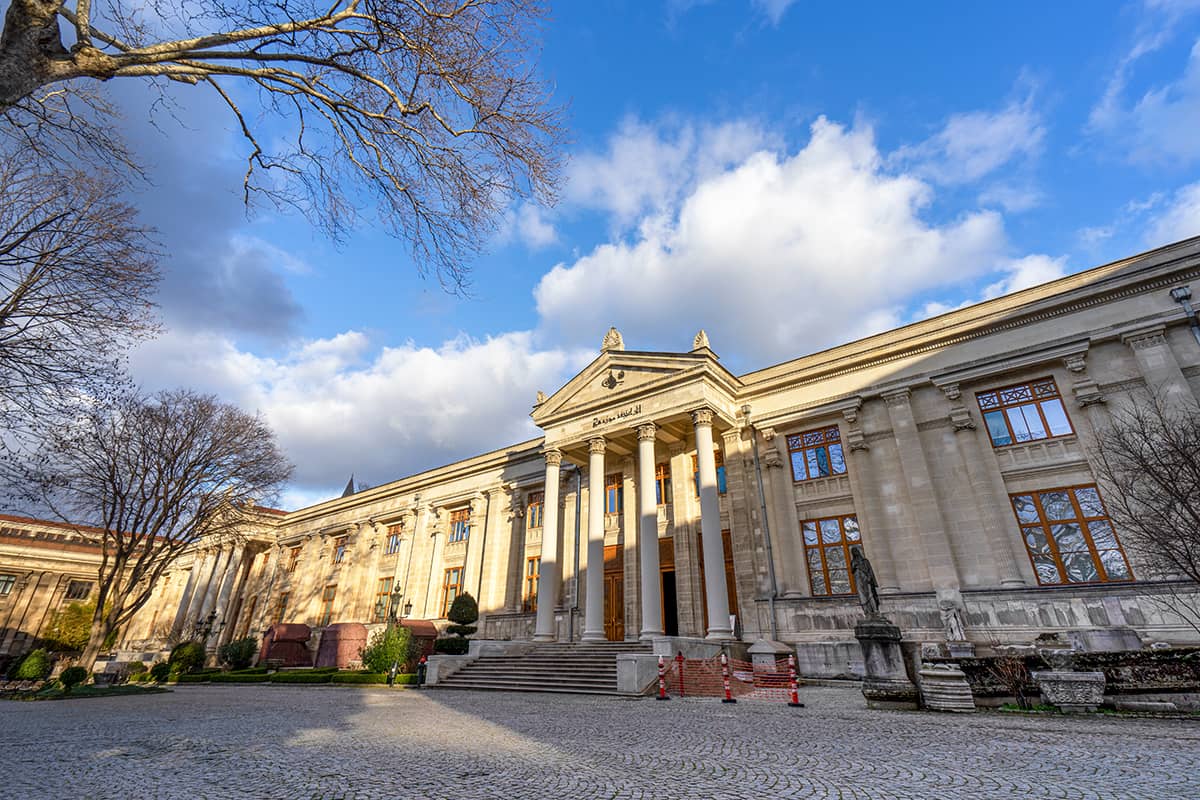 After traveling to the Ottoman period in the Topkapı Palace and Dolmabahçe Palace, it would be an excellent choice to go to the ancient period! İstanbul Archaeological Museum is home to about a million artifacts from various cultures, brought from the imperial lands. One of those things to do in İstanbul visiting is definitely joining a short history tour here! We strongly advise you to visit this place as soon as it opens because it will take a full day of your İstanbul trip.