Tea as a Symbol of Common Life and Culture in Anatolia

Turks and tea! We all know the obsession, yet how many of us know how it all started?

According to the sources, tea arrived to Türkiye from Japan for the first time in 1894 during the reign of Abdülhamid the second. From then on, tea became a popular beverage in the Ottoman palace, however outside the palace the public did not know it until much later. During the 20th century, Rize became the star producer of this delicious beverage. And since then Turks loved and embraced tea, incorporating it in all moments of daily life in Anatolia.

When it comes to tea, Turks do not limit themselves. There is not a specific time assigned to drink tea. We can drink our freshly brewed tea at any time of the day, anywhere. It can be weak or strong, with or without sugar.

In most sources, it is written that Turks came across tea in Central Asia long before entering Anatolia. It is reported that the first Turk to drink tea was Hoca Ahmet Yesevi, a poet. According to Abdül'll Kayyum Nasıri's work called Fevakiü'l Cülesa, Hoca Ahmet Yesevi recommended that the tea he drank for the first time in his Turkmen neighbor's house should be drunk for healing purposes.

No one really knows who designed the Turkish teacup, but the first time you come across a teacup is in Hodja Ali Rıza's (1858 - 1930) painting called 'Samovar.' 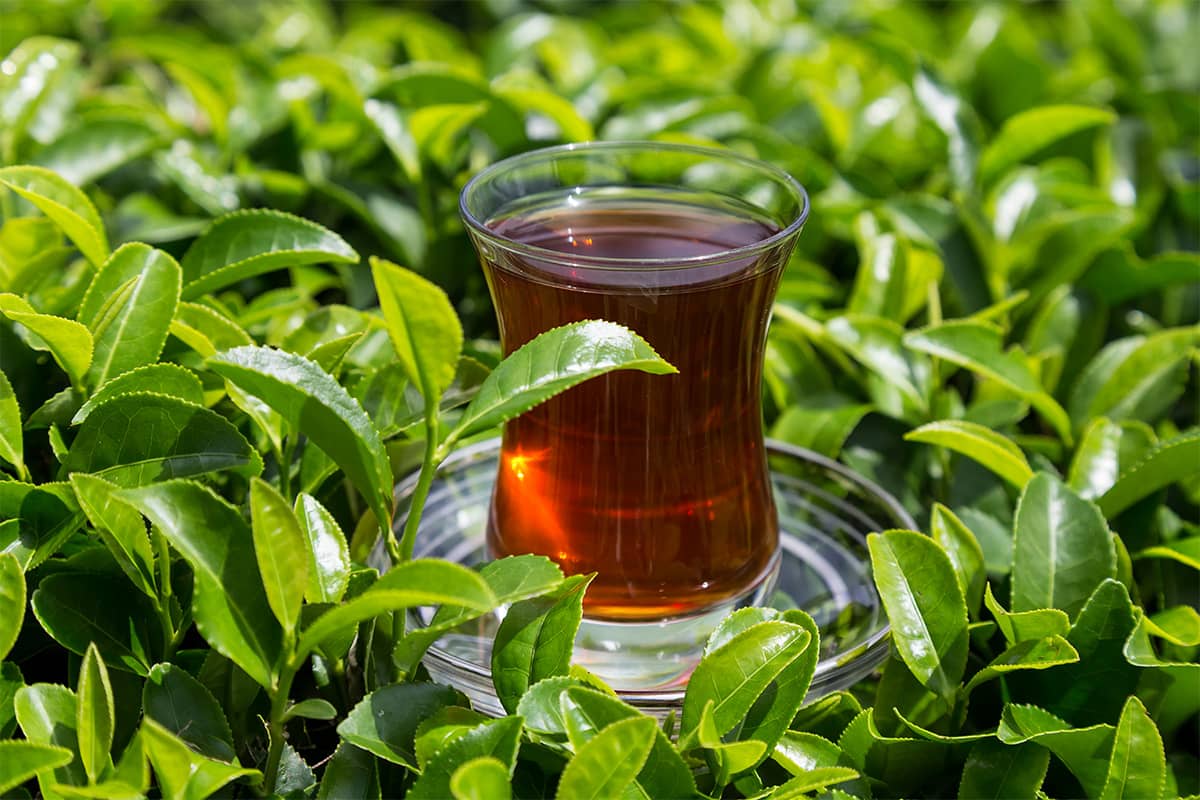 It actually is an engineering marvel. The 'thin-waisted teacup,' which resembles a tulip, was designed because the thick cups used in Europe were very costly. Some also claim it resembles a slim-waisted, elegant, pleasant female body. The glass fits perfectly in the palm of your hand on cold winter days and warms your hand. Thus, you can feel the warmth of the tea first in your palm and then in your heart. And since it is small, you can drink it hot, very hot before it gets cold.

In hot weather, it is easy to hold it with two fingers. The mouth of thin-waisted glasses is wide because it helps cool the tea, which is kept hot at the bottom and ensures that the tea does not burn the mouth. The thin-waisted glass is made of thin glass and is transparent because you want to see the perfect color of the tea. It is important to see the strength of the brew. The glass should also produce that high-pitched sound that a teaspoon makes when stirring sugar. Nearly 400 million of these tea glasses are sold each year in Türkiye.

When you visit a house in Anatolia, the first thing you will be served is tea. According to researchers, Turkish people consume an average of 1,300 cups of tea per person per year. With a simple calculation, one can realize that 3-4 cups of tea are drunk per person per day. Nine out of ten Turks drink tea every day, and one out of every three Turks prepare their own tea blend. By producing 259 thousand tons of tea per year, Türkiye holds the 5th top place globally in tea production. In turn, Türkiye is the biggest consumer of tea in the world!

Tea, which is a part of our lives from breakfast to late hours of the night, has shaped our entire culture. So much so that when breakfast is ready, it is said that "tea is ready." Serving and drinking tea together is a sign of friendship, hospitality, and courtesy.

Although it is loved and drunk in every region, the homeland of tea in Türkiye is the Eastern Black Sea Region. Today, tea cultivation is carried out in Trabzon, Artvin, Ordu, Giresun, and mainly in Rize.

Tea drinking styles vary from region to region. But if you are a guest, the tea is constantly refreshed unless you say "enough." Even if you say thank you and that you don't want another, you will definitely be offered another glass, just in case you may be shy to ask for another. 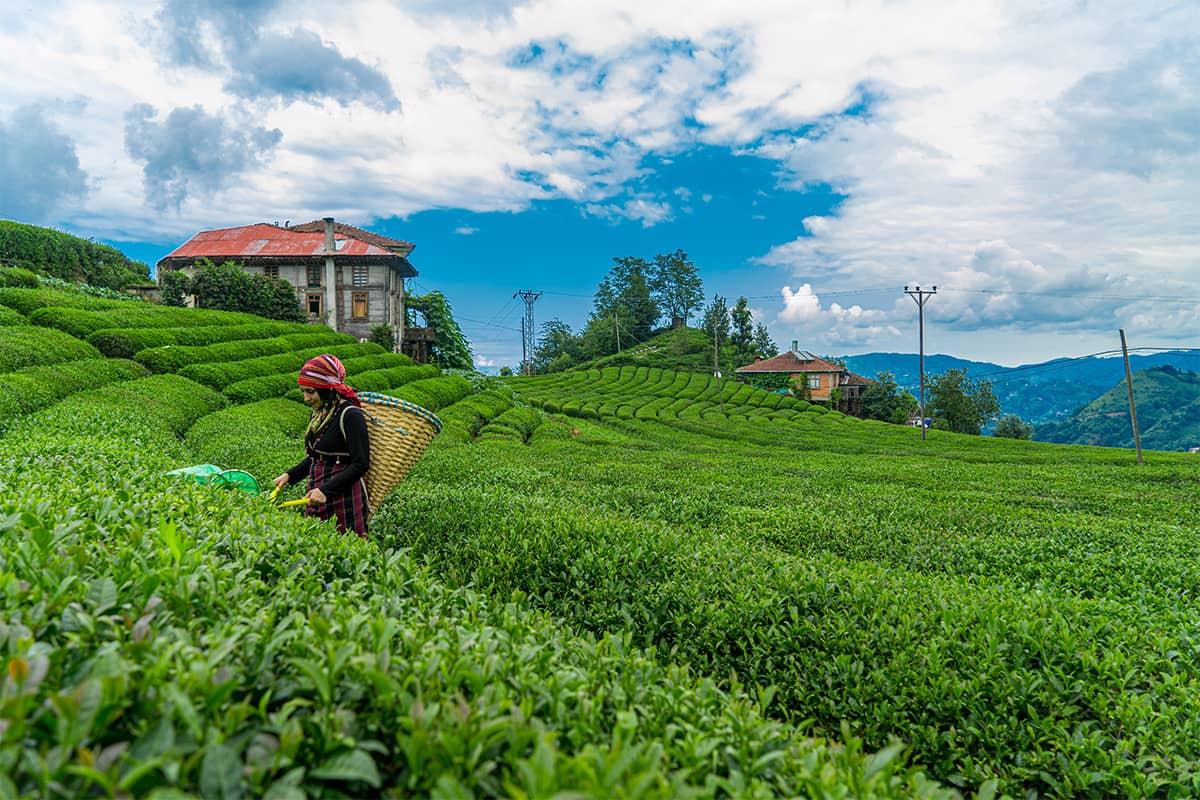 Turkish tea is typically prepared using two stacked teapots called "çaydanlık," which is a type of samovar. Water is brought to a boil in the larger lower teapot. The smaller pot on top is filled with some of this boiled water, and several spoons of loose tea leaves are steeped in it to brew. Once brewing is done, the remaining water from the bottom teapot is used to dilute the tea according to one's taste.

There are some necessary steps to enjoy a good tea. It should be hot enough to tingle the lip a little bit. Try to stay away from the tea bags as much as possible, as real tea addicts disapprove of those. Although tea is an indispensable element of breakfast, its best accompaniment is simit, a type of Turkish sesame bagels. No matter what you pair it up with, a cup of Turkish black tea is the perfect accompaniment to your day!