With historical places, UNESCO heritage sites, and vast archaeological richness, Türkiye is undoubtedly a giant open-air museum. Which unique part of it would you want to witness yourself? We recommend you start from the very beginning: The open-air museums scattered all around Anatolia. 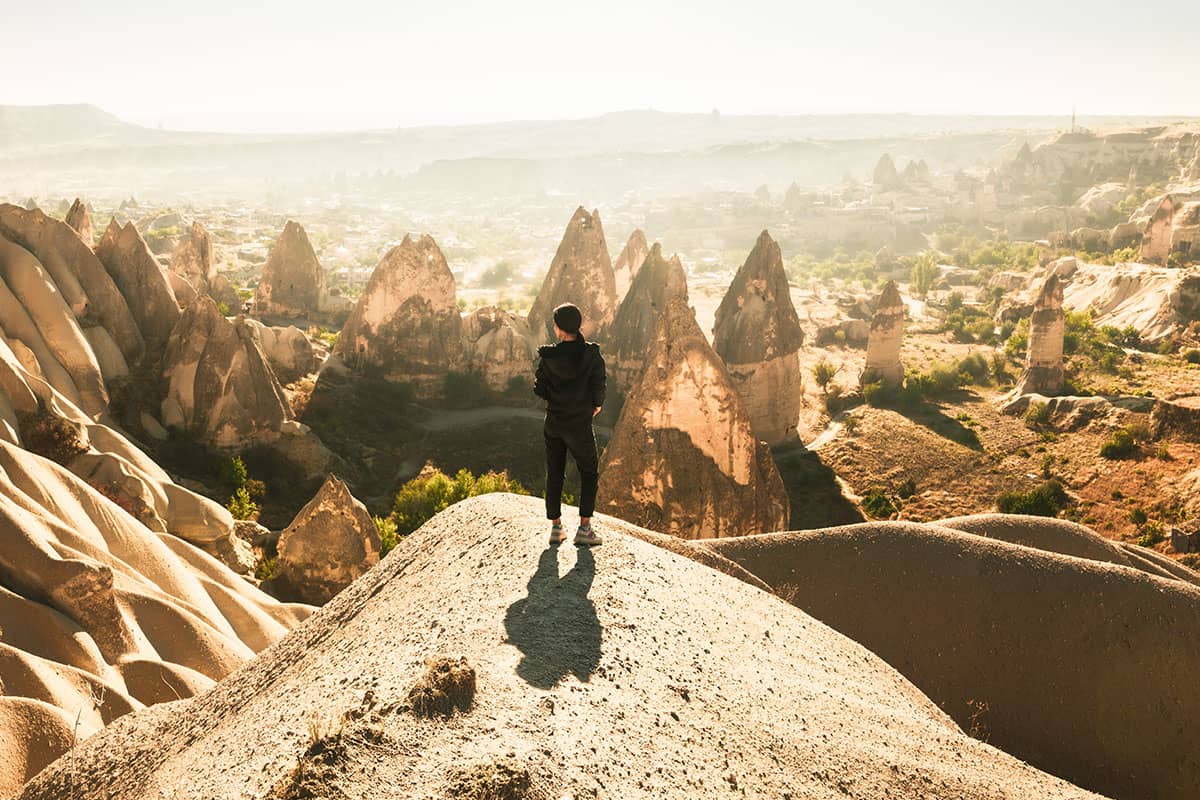 Listening to the Tales of the Predecessors in Göreme

If these rocks could talk, they would tell many tales in different languages. Close your eyes and dream of a place where earth tones and neutral colours surround you. When you open your eyes, you’re now in “the land of beautiful horses”. Located in Nevşehir, Göreme Open Air Museum is among the top must-see places of Cappadocia. It is on the UNESCO World Heritage List as a natural and cultural asset, but its fame goes far beyond it.

In its essence, Göreme Open Air Museum is a huge monastery complex. The place is a rock settlement that has witnessed life for centuries. It was especially the host of an important era in early Christianity and brought many relics and artefacts of Byzantine Church architecture to the present. The tunnels, corridors, stairways and chambers surrounding the area are truly architectural marvels. Aside from their natural beauty, they even provided protection and shelter to inhabitants, sometimes from wars and sometimes from the central governments and religious groups.

The most striking fact here is the presence of numerous churches. Elmalı Church, Azize Barbara Church, Karanlık (Dark) Church, and Çarıklı (Hidden) Church are among them. Each carries a significant meaning behind it by displaying paintings or carvings to be remembered. For example, in Elmalı Church, it is thought that the angel depicted in the church’s name was pictured from the apple in the hand of Michael. You can arrive here after a 15-minute walk from Göreme village and visit all these churches and more in awe. 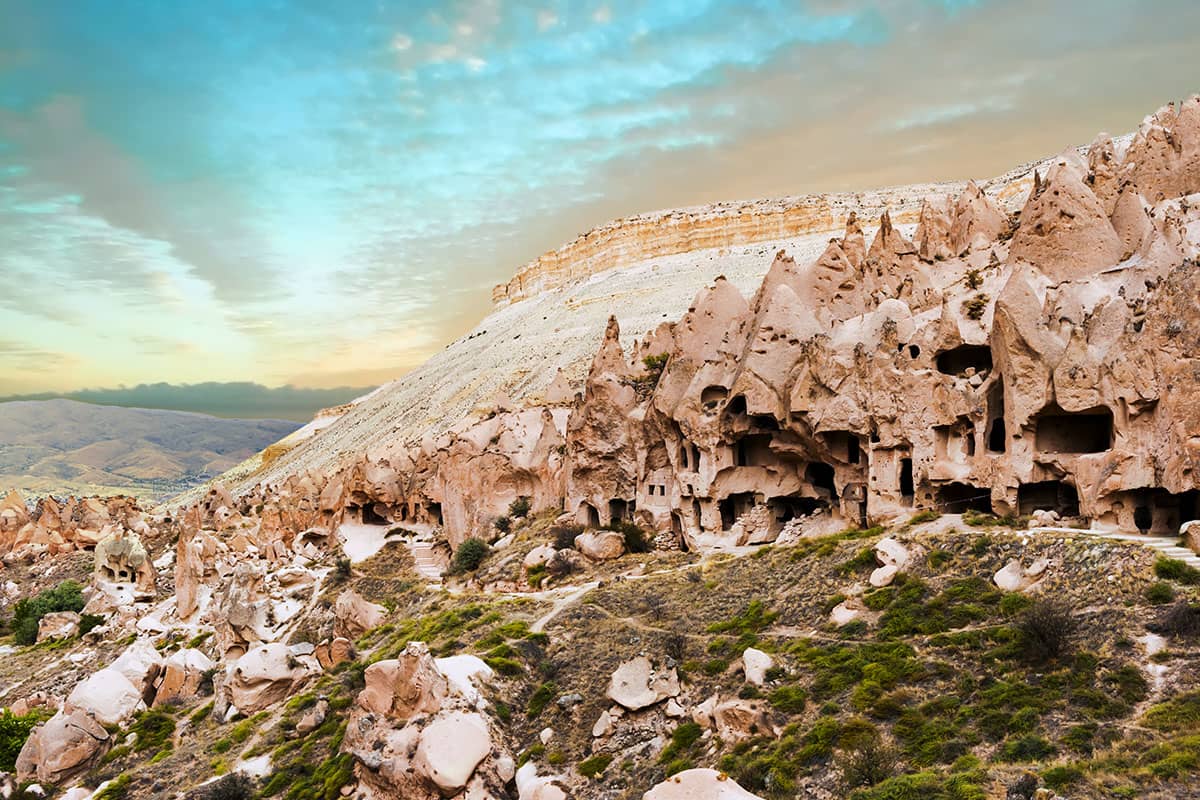 Zelve Open Air Museum is the most visited museum in the Cappadocia region after Göreme Open Air Museum. The place is on the list of UNESCO World Heritage Sites, and it is visited by millions of travellers each year who are looking to discover Cappadocia.

It is said that Zelve is the place where Christianity first spread. Being one of the oldest settlements of Cappadocia, Zelve consists of three valleys and has plenty of Peri Bacası, also known as the fairy chimneys, the rock formations that were formed via volcanic activity in the region.

Zelve Open Air Museum promises a great historical experience. You will find caves that were once used as houses, a mosque carved from a rock, passages, tunnels and 15 churches. Üzümlü, Balıklı, Geyikli and Direkli Churches are some of the most notable ones worth a visit.

Don’t forget to prepare your pack, wear comfortable shoes, and bring some water and snacks since the path is long and tough! 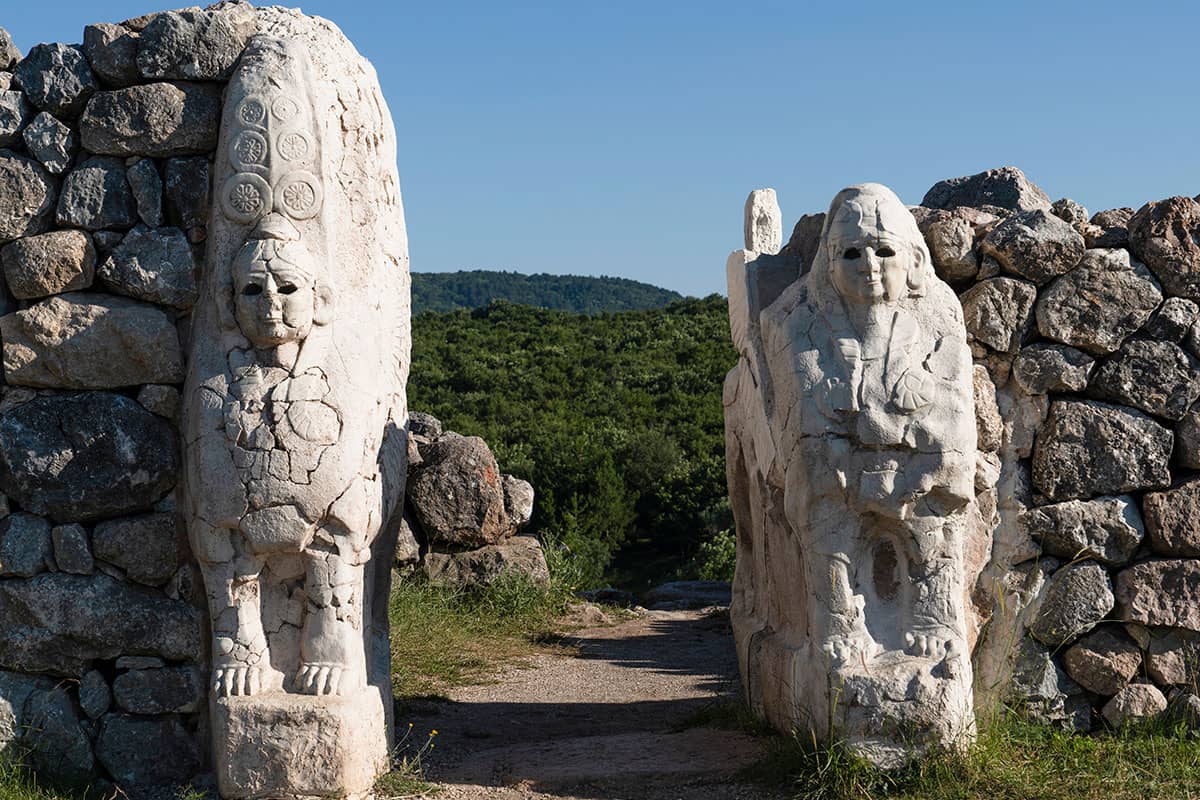 Unrevealing the Traces of the Hittites in Hattusha

Once upon a time, Hattusha was a city surrounded by walls, some of which divided the city into different zones. Some walls also had the longest Hittite hieroglyphic inscription known in the Hittite Empire. With its palaces, temples and trade centres, Hattusha was the centre point of the Hittite civilization.

To the north of the capital city, you will find Yazılıkaya rock shelter. There, you can see Hittite relief art on the rocks. With over 100 towers and richly decorated gateways, the city is famous for its advances in urbanization. After your visit to Hattusha, the rich ornamentation of the Lion Gate and the Royal Gate will leave you in awe.

Finally, Hattusha Ancient City was also recognized as UNESCO World Heritage Site in 1986. This open-air temple is located in Boğazkale, Çorum, awaiting you to be mesmerized! 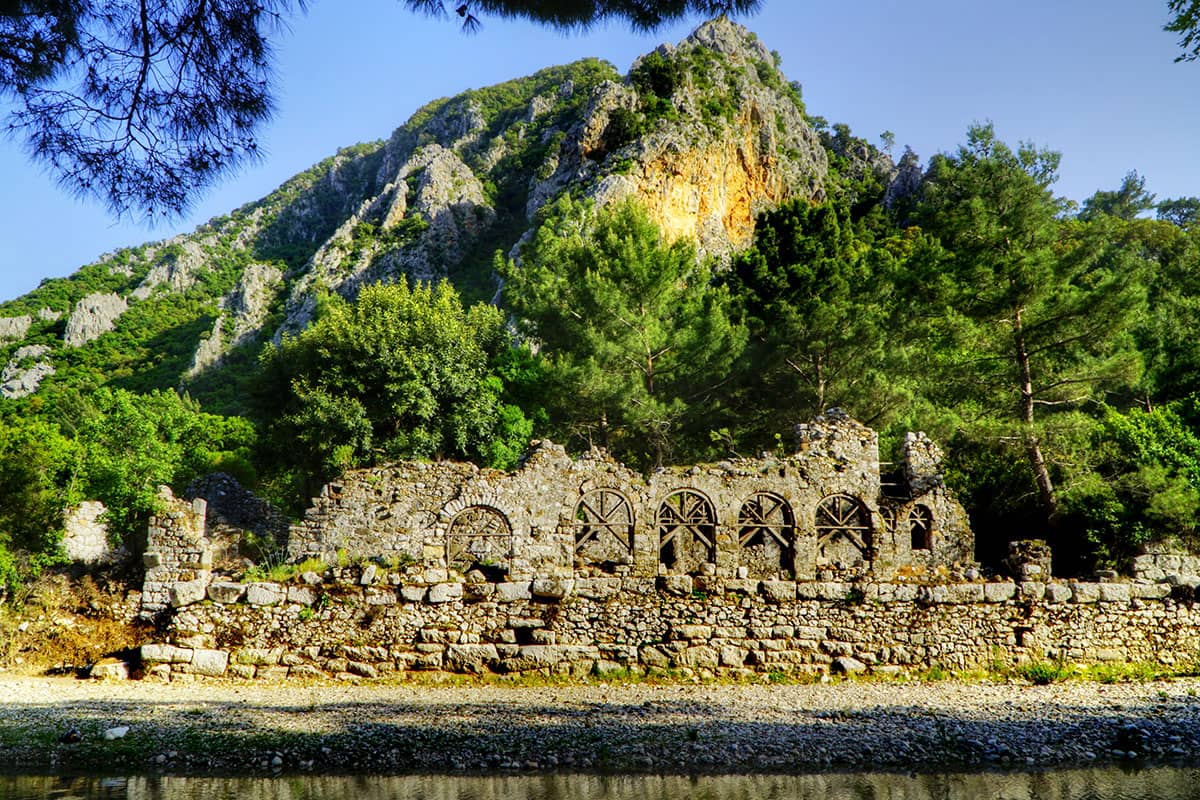 Bringing Legends to Life in Olympos

Watch your step because we are passing through the breeding area of Caretta Caretta turtles. Where are we, though? Of course, in Olympos! Olympos means “the great mountain” in ancient languages. It is an old city that has been the subject of many mythological stories and characters. It was one of the most important cities of the Lycian civilization and one of the significant port cities of the time.

Olympos is spread over two of the brooks that run through it. Here, it is possible to see the remains of many civil structures, temples and monumental tombs, hammams, an ancient theatre, a Byzantine Church, the Sarcophagus of Captain Eudemos, Gelidonya Lighthouse and the eternal flame of the Chimera (Yanartaş). In fact, you may have heard of Olympos from the fire told in the Legend of Chimera. According to the legend, Chimera was a three-headed monster which ravaged the countryside of Lycia (Olympos) in Anatolia. The monster used stones to start a fire that does not go out by day or night. Even the "Olympic Torch" lit today is a symbolic expression of this inextinguishable fire. 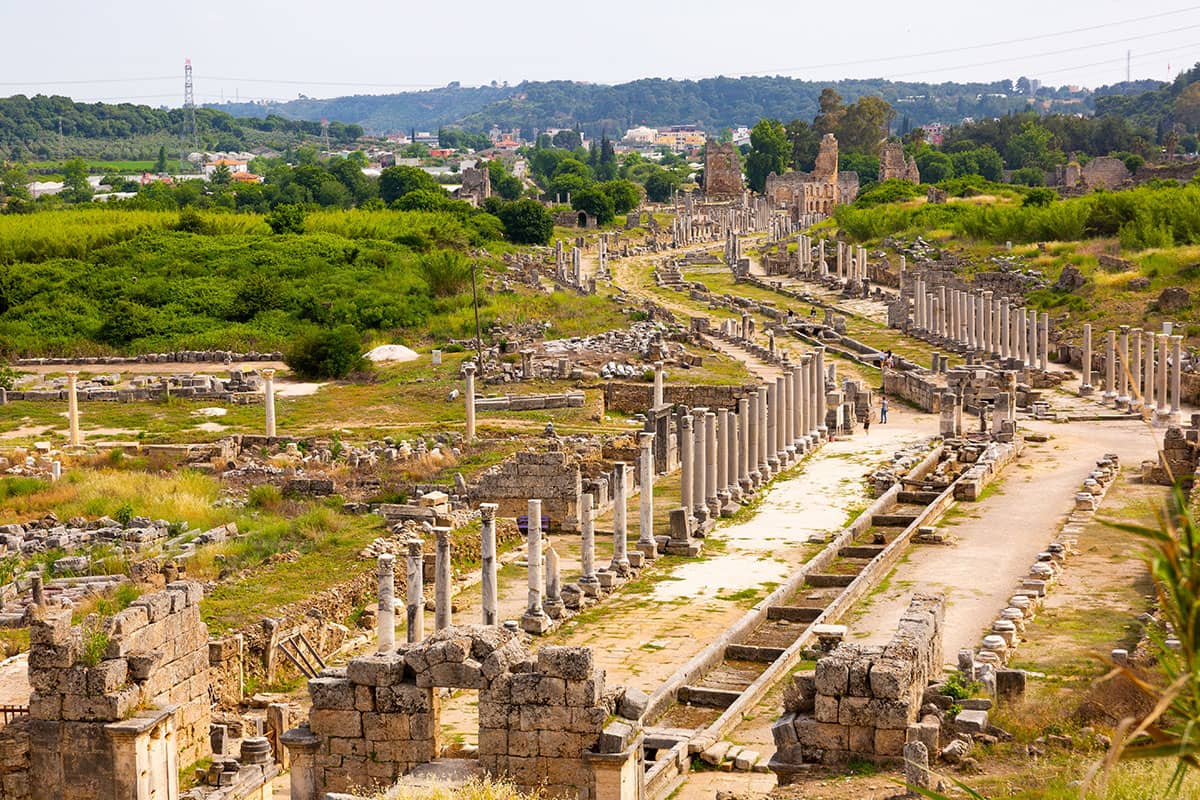 Discovering Treasures of the Past in Perge

Perge is an ancient city that was one of the most prominent Roman cities in the Anatolian lands. It also was one of the wealthiest cities in the old world and once had the identity of a “Metropolitan City” as well. That’s why multiple signature sculptures were unearthed here during excavations. You can see a monumental gate, stadium, ancient theatre, colonnaded streets, hammams, the statue of the river god Kestros in the fountain and many more. It's hard not to feel the past as you walk through it. 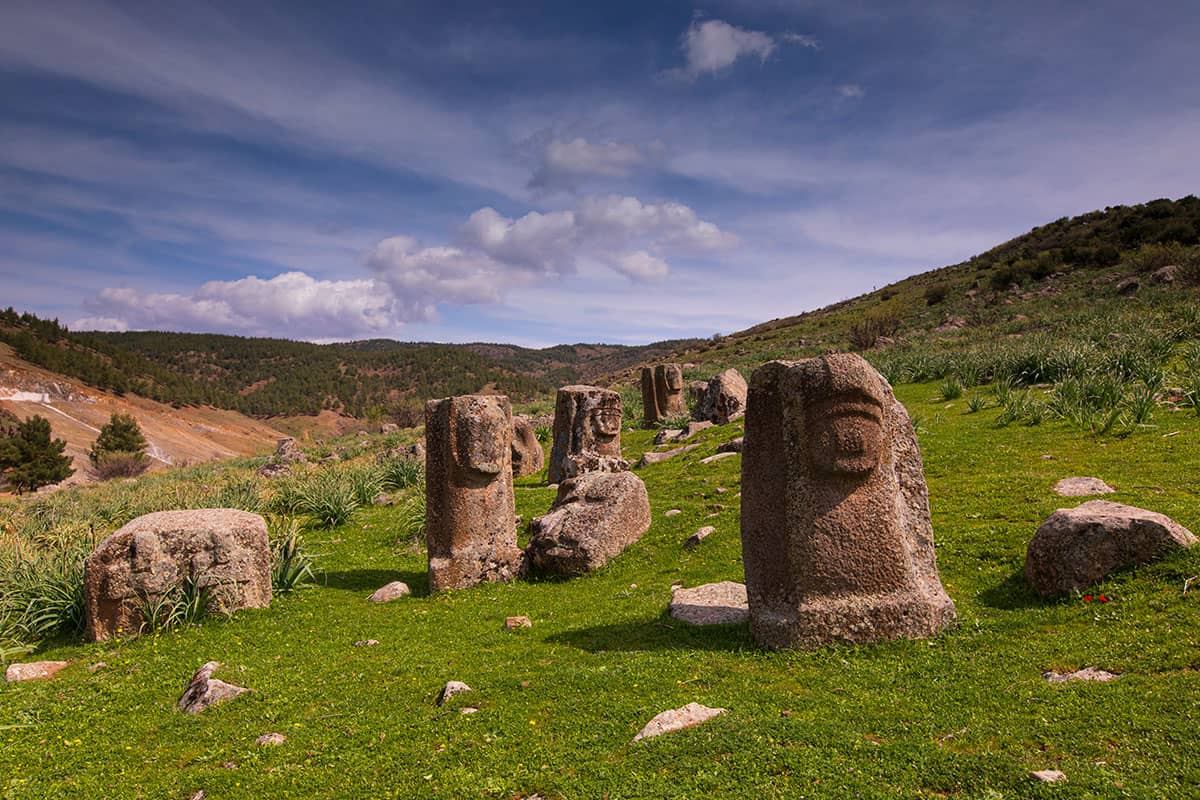 Get to the Roots of Art and Craft in Yesemek

Yesemek Quarry and Statue Workshop dates back to 900-800 B.C. It is located on the Karatepe ridge of Yesemek Village in Gaziantep. Today, the place provides valuable information about the process of the transformation from a stone block to a sculpture. It was home to the production of hundreds of lions and sphinx figures, many god reliefs and more than 300 sculptures back in the day. 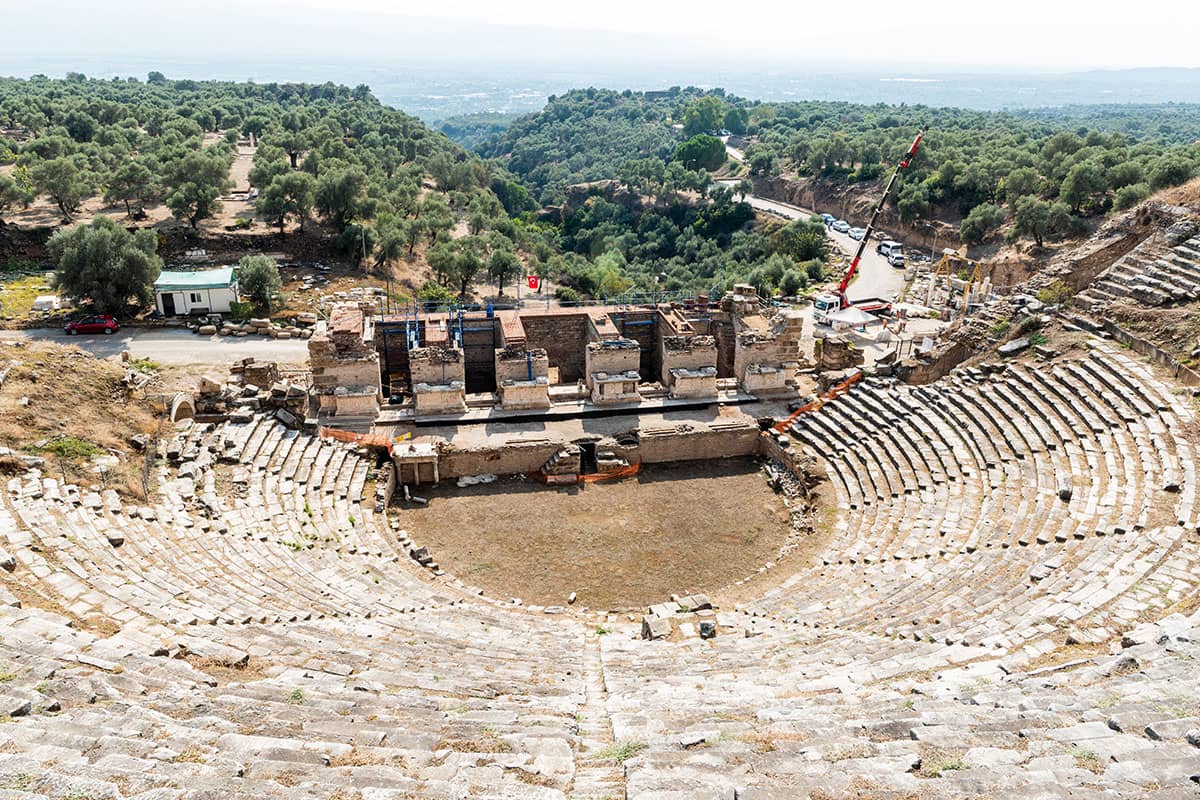 Finding the Source of Knowledge in Nysa

Lastly, we have a place with a name that is frequently used among the women of Hellenistic Kingdom families. Nysa was established 1.5 km north of Sultanhisar, a district of Aydın. It is one of the most mysterious ancient cities in Türkiye.

In light of ancient sources, Nysa was a city of science and education. Many scientists and philosophers, such as the famous geographer Strabo and philosopher Apollonios, spent parts of their lives here. Today most of the visible structures are dated to the Roman Period. A bridge connecting the two cities, the stadium, a secret underground passage, the theatre, the library, the gymnasium and the Bouleuterion (Parliament building) are among the most prominent structures that have survived to the present day.