One of the Largest Canyons in the World: Ihlara Valley

Millions of years ago Mount Hasan complex became unstable and erupted. The volcanic strata formed would create many ravines and notches. As kin to the same complex, the Melendiz river rose, streaming north-east from Mt. Melendiz, corroding its way onwards on the subsided path by weathering and eroding rocks and effused tuff, making its bed and leaving behind steep escarpments that reach 120 metres of height in what would be Ihlara Valley, one of the largest canyons in the world. This fascinating formation was created by tectonic activity and effusions from Mt. Hasan. The erosive activity by the Melendiz river makes for a grand scenery, where the valley runs for 10 km until it reaches Maması Dam.

The first inhabitants here were called “Peristremma”, “the people of the spiralling water”. The inhabitants chose Ihlara, or rather Ihlara chose them, as it created its own micro-climate. On the riverbank, it is as though life is hidden within the valley. Surrounded by the harsh-looking Anatolian steppe, the crags of Ihlara enclose it from the outside intrusion, and the lushness of water and greenery pervade the entire region. Indeed, while the whole region manifests a continental climate, the climate in the valley is close to that of the Mediterranean, which enables the thriving of various plants, primarily pistachio. 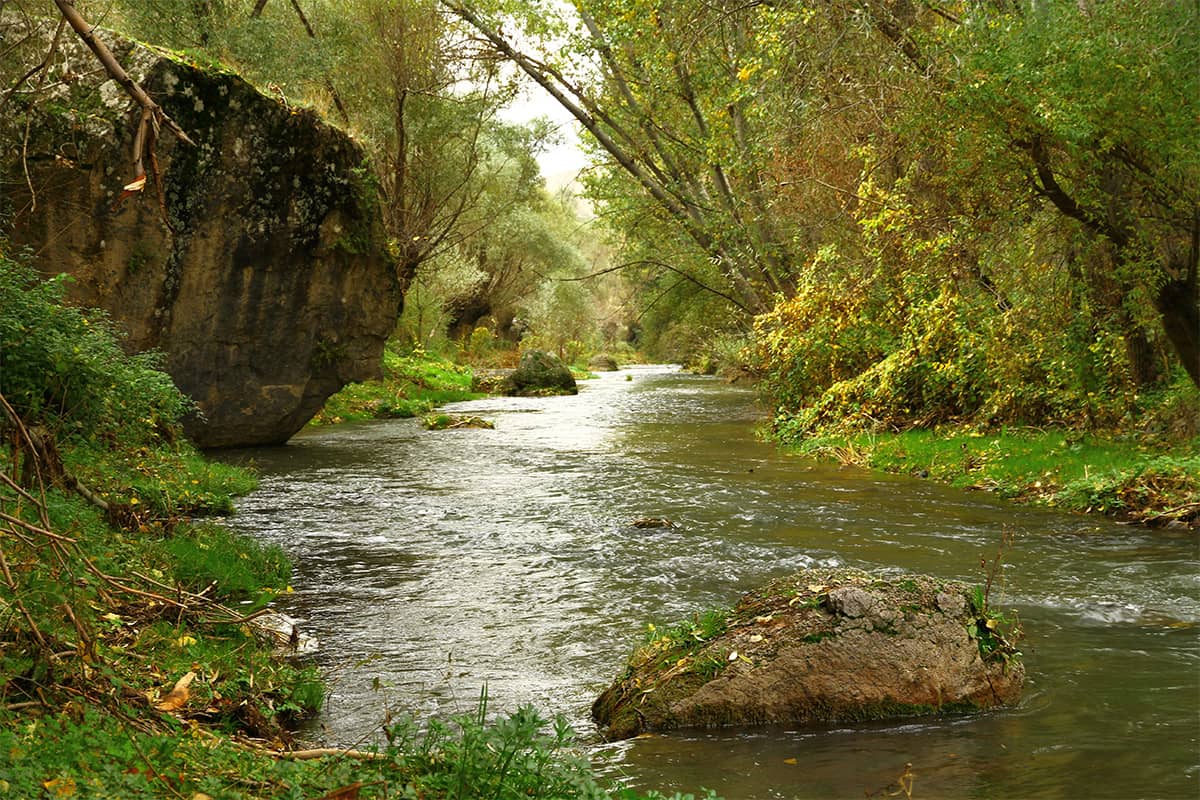 As it is observed everywhere, most strikingly in Mesopotamia, water endows life everywhere it touches, feeding and nourishing even the most barren soil. Therefore, when they reached the region, the first Christians who escaped Roman prosecution settled and sought no further. 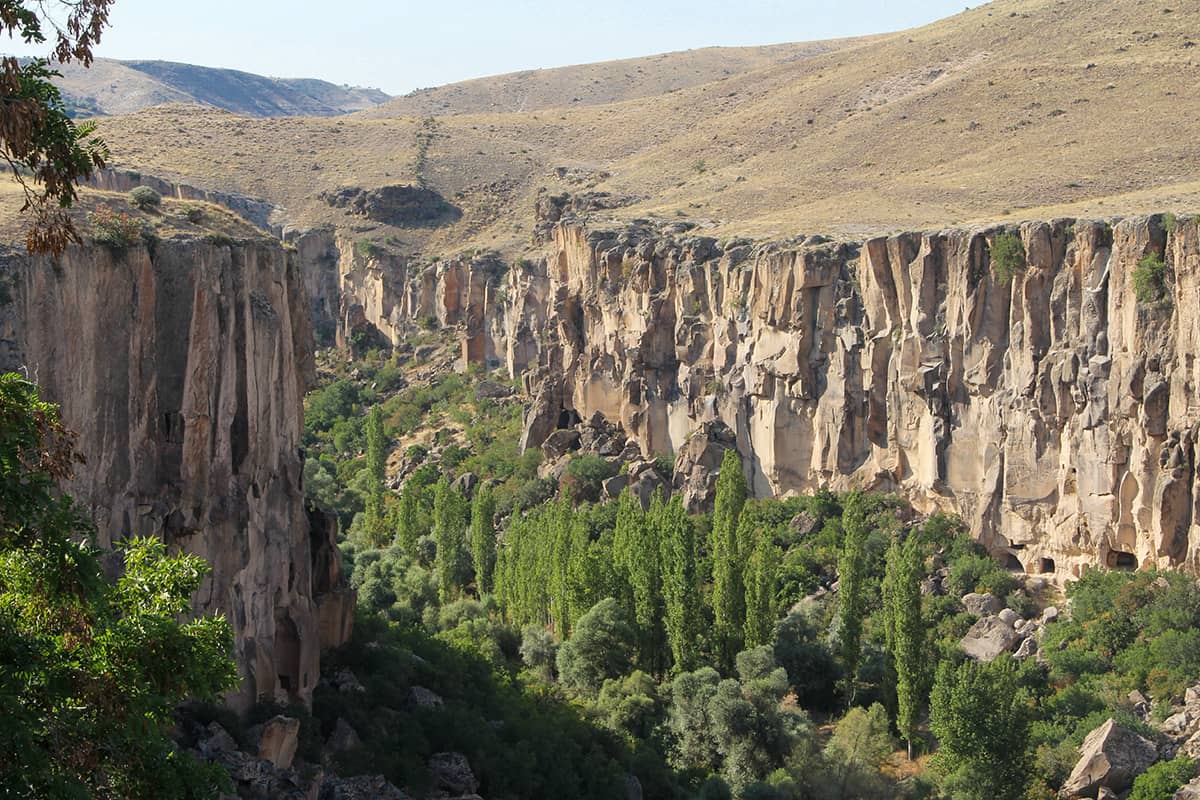 The region then quickly became a shelter for Christians and enabled a centre for Christianity to prosper. 4th century CE has seen many prominent Christian theologians, most notably who are called Cappadocian Fathers: Basil of Caesarea, his brother Gregory of Nyssa, and Gregory of Nazianzus, who was the leading exponent of the Trinity doctrine.

Ihlara Valley is situated within the legal borders of Aksaray province, in the Güzelyurt district; however, currently, the closest airport is located in Nevşehir. Those who wish to come to the region can do so by coming to Nevşehir-Kapadokya airport and opting for a tour from the Nevşehir city centre that includes a daily journey to the region. There are hourly public transport options from the Aksaray centre to the region, as well. 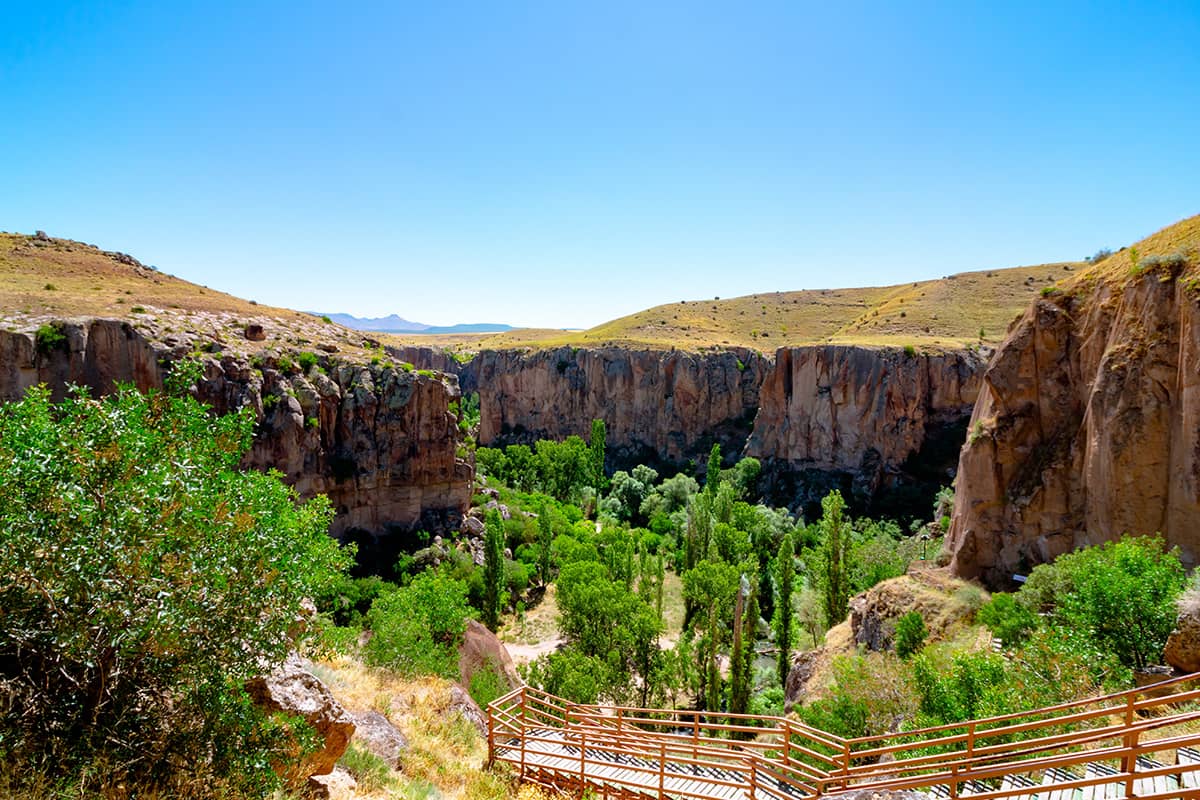 Our first stop will be the Belisırma village, with a walk for about 4 km through the valley, beginning with 382 stairs. If you intend to return to the entrance or march further within the rest of the path to Selime village, make sure to be equipped well for the trekking. 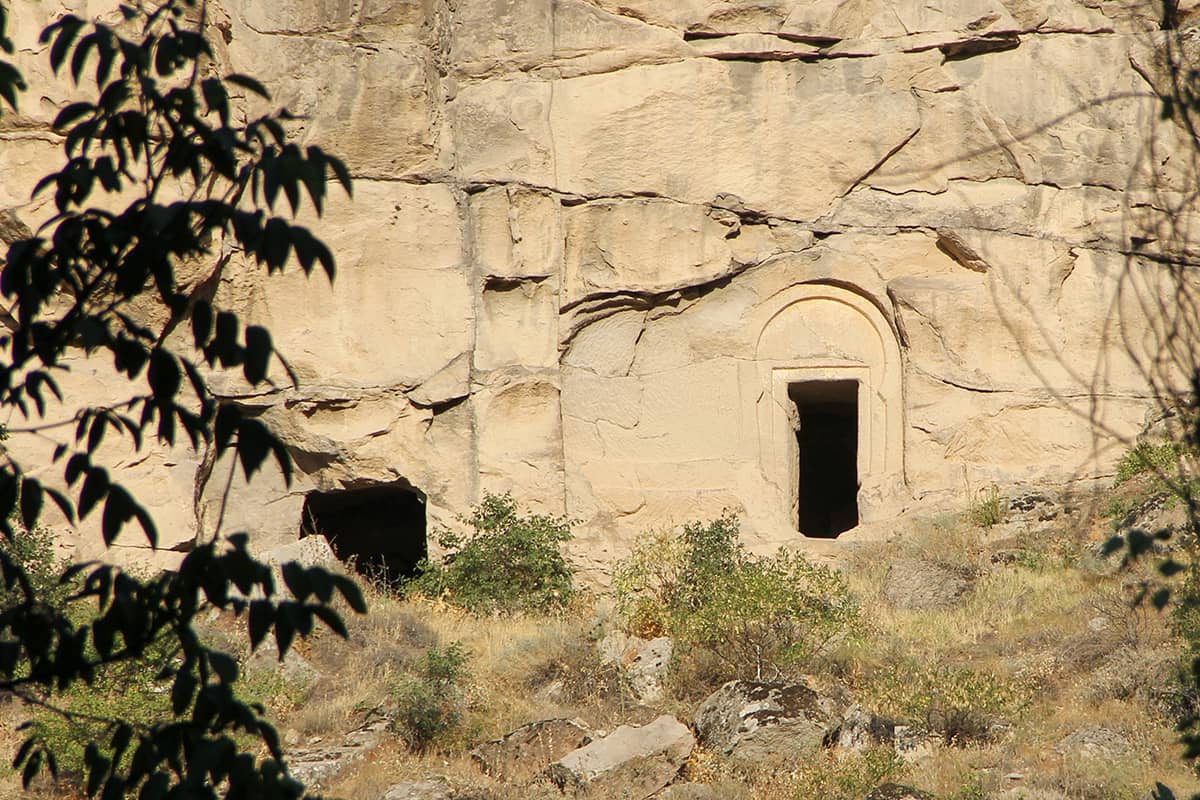 The first Christians that settled realized the workability of the tuff rocks and carved their houses and social facilities into them, making for a honeycombed city. With the establishment of a city, it has become one of the centres of Christianity. Along with Melendiz, the region grew into an important natural, historical, and cultural site that, over time, would harbour over a hundred rock-hewn churches and many houses. 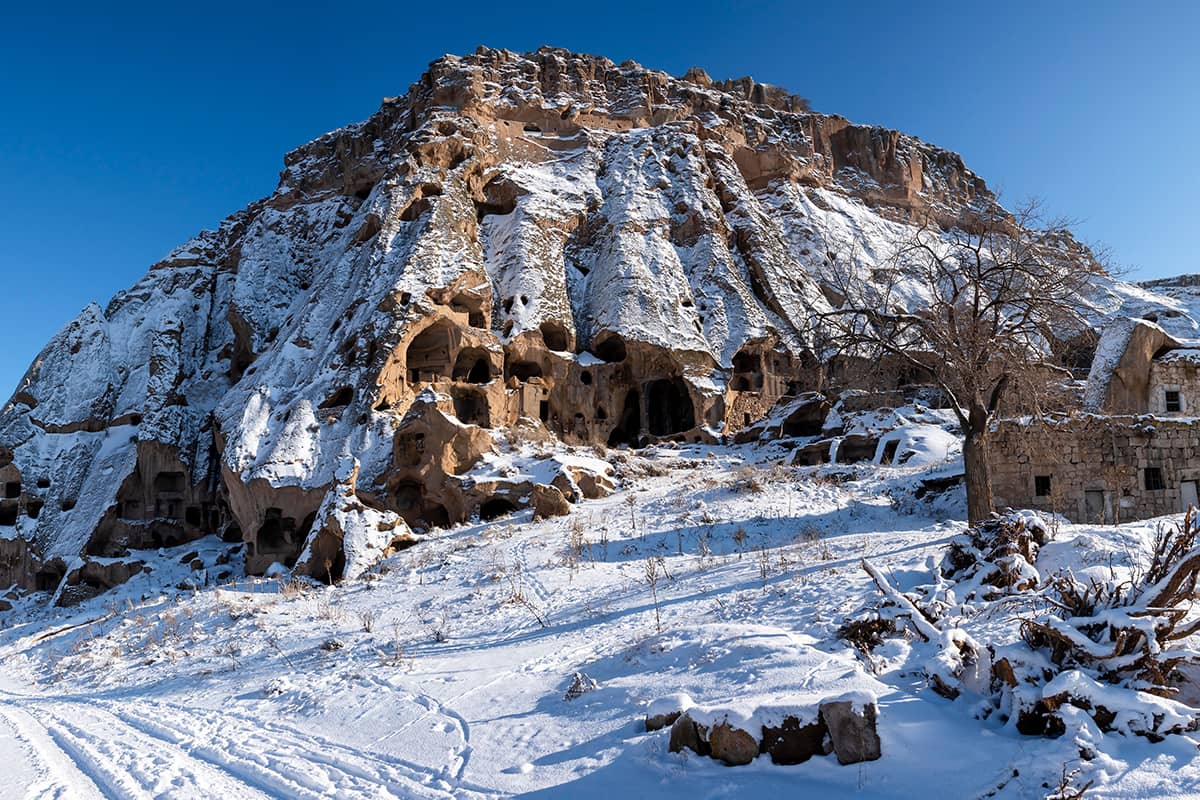 As we have stated earlier, the valley creates a natural stronghold with its high steep coverage. Therefore, it was also an important sanctuary for the monks and hermits. Those knowledgeable on the doctrines of Christianity and those who could read Latin were not many, for this reason, iconography was an important way to convey the message of Christianity to large masses and the ritualization of religious practices.

Churches with frescoes became so popular that their numbers have risen immensely. Out of the 105 of these churches, 14 of them can be visited today, situated along the valley on each side.

The most ideal way to start your journey is to begin your descent into the valley from the starting point close to the Ihlara village. Here, take a breath and look into the valley, we wouldn’t want you to rush things, and embrace and give yourself time to appreciate your walk-through history and the grandeur of nature.

The initial path will take you 4 km to reach the closest town, Belisırma. Of course, the route can be continued further towards Ziga, Yaprakhisar, and Selime, along which many other churches can be visited.

Starting the trekking from Ihlara is important to comprehend a timeline. The churches in the valley reflect the influences of different periods; while the ones closest to Ihlara are adorned with local imagery and follow the Syrian and Persian examples of the east, the other group, starting from Belisırma, manifest the Byzantine-style churches of 10th and 11th centuries, made under the influence of Macedonian art. 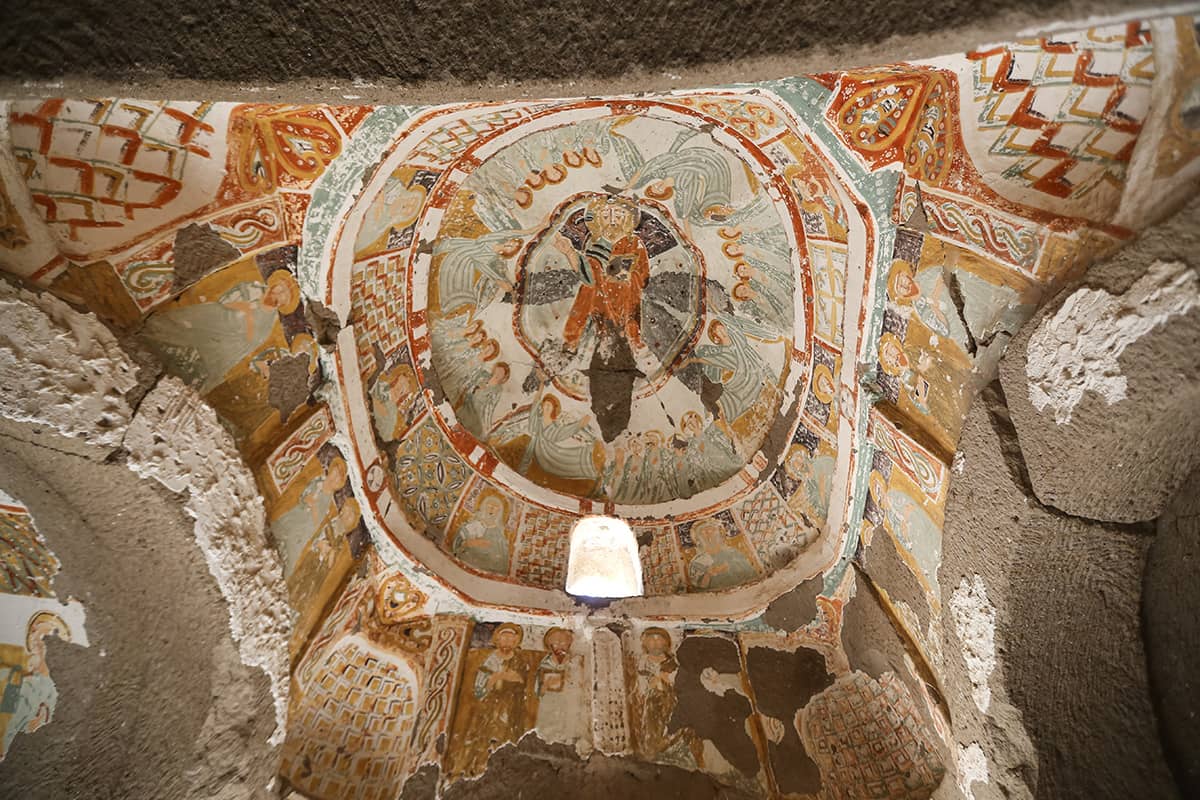 In the first section of the popular descent route between Ihlara and Belisırma, the first church you will encounter will be Ağaçaltı Kilisesi (Daniel Pantonassa Church). In this church, Christ’s journey from the first encounter with the Three Magi to his Ascension can be followed.

The second church in line is Yılanlı Kilisesi (Serpent’s Church). This one is a good example of images being utilized to convey morality and act as didactic resources. On the western wall of the church, there are four women depicted as being attacked and punished by serpents, from which the church was given its name. The first is a woman who has abandoned her children, the second one is there for she refused to nurse her young, the third for slandering, and the fourth for disobedience. 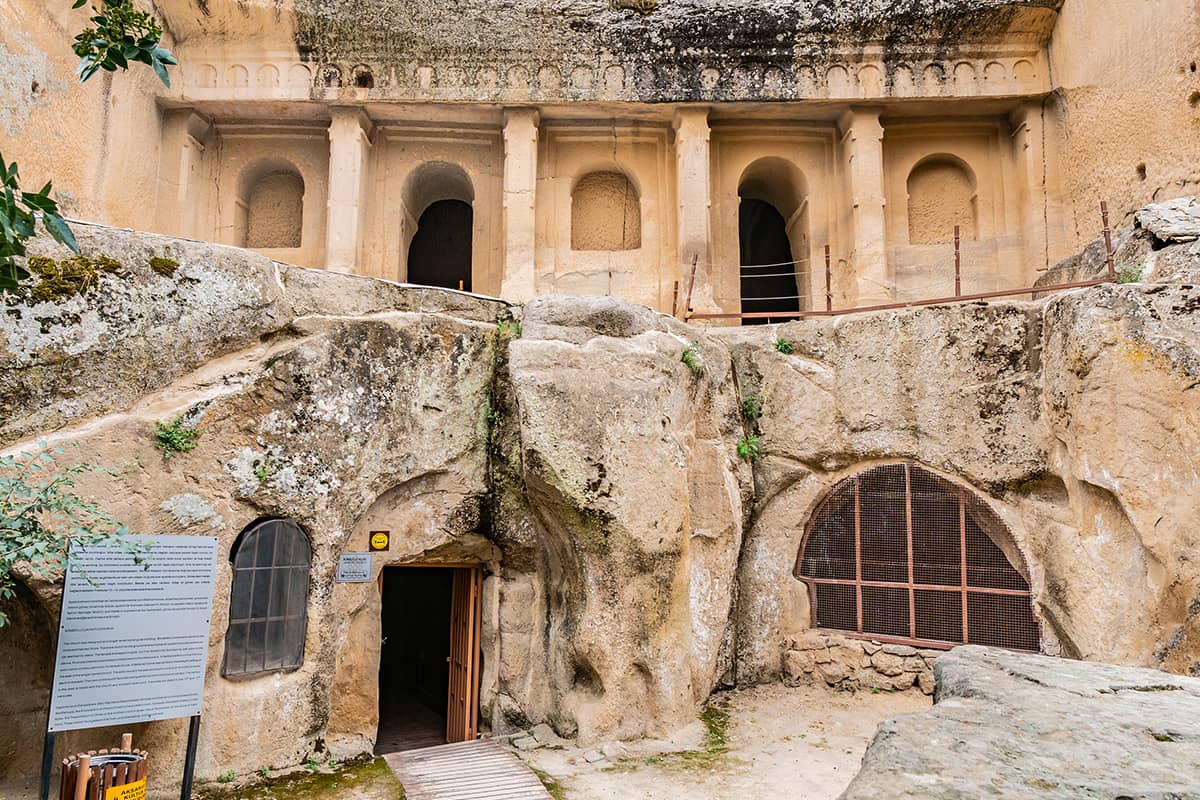 Among these, Kırkdamaltı Kilisesi has a special place. By the aid and order of Georgian princess Tamara, wife of Amirarzes Basileios Giag(coupes)- a Cappadocian Amir to the Seljuks- the church was built as a memorial for the megalomartyr St George. On the north-western alcove of the church, an epitaph is placed alongside the fresco that depicts the saint. The epitaph mentions Mesud II as “lord of lords” and stresses that Andronikos II Palaiologos served under him and that Christians and Muslims agreed, coexisting peacefully.

Although so, we cannot make preferences between any of this historical and cultural heritage, and if you have the time and will, we strongly advise you to complete the tour so that you can immerse yourself in their great stories. 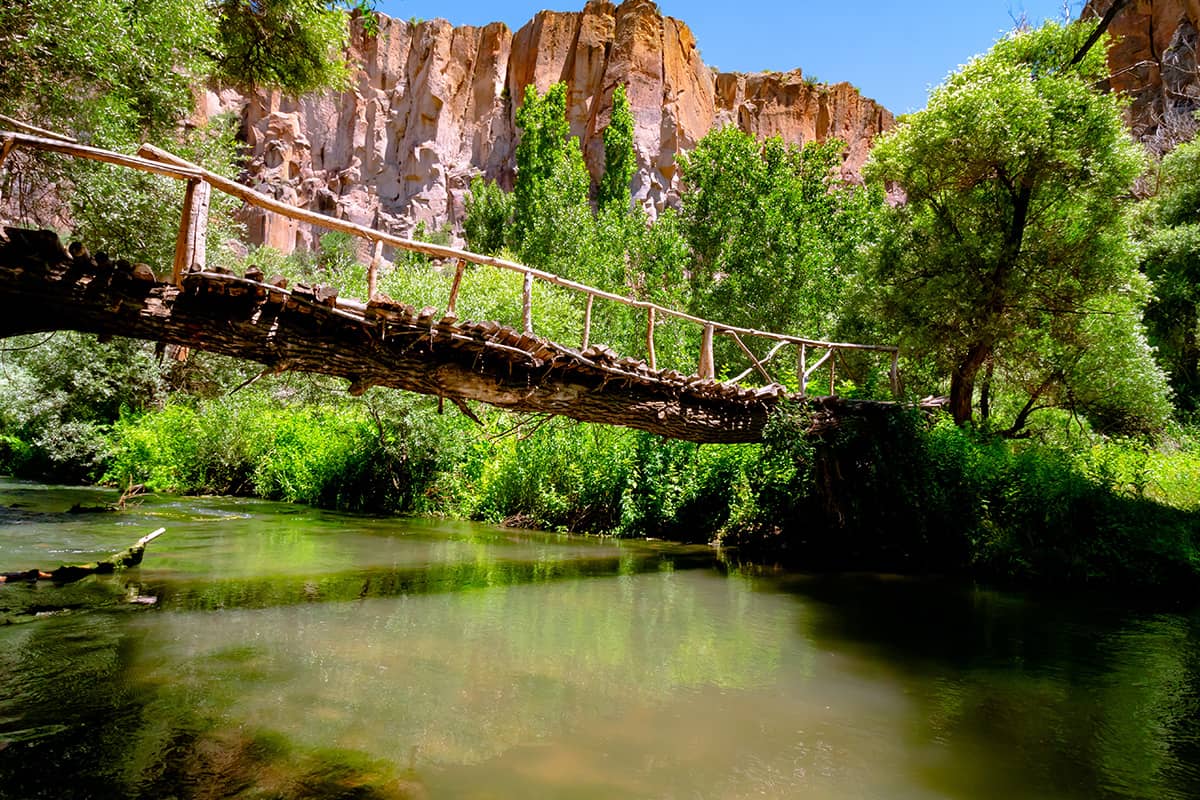 If you cannot get enough of the valley’s atmosphere, it can also be noted that both Aksaray and Niğde Archaeological museums have mummies entombed in Ihlara Valley, dating back to the 10th century, and have further stories regarding the region. With arms wide open, the valley welcomes you for the journey, and we are sure you will enjoy it to the fullest!