The seat of three empires and a major 21st-century world city, İstanbul has always been a centre of culture, trade, and power. As one would expect of a majestic city with a history of thousands of years, İstanbul lays claim to countless architectural wonders. Listed below are some of the city’s architectural marvels that every visitor should see. 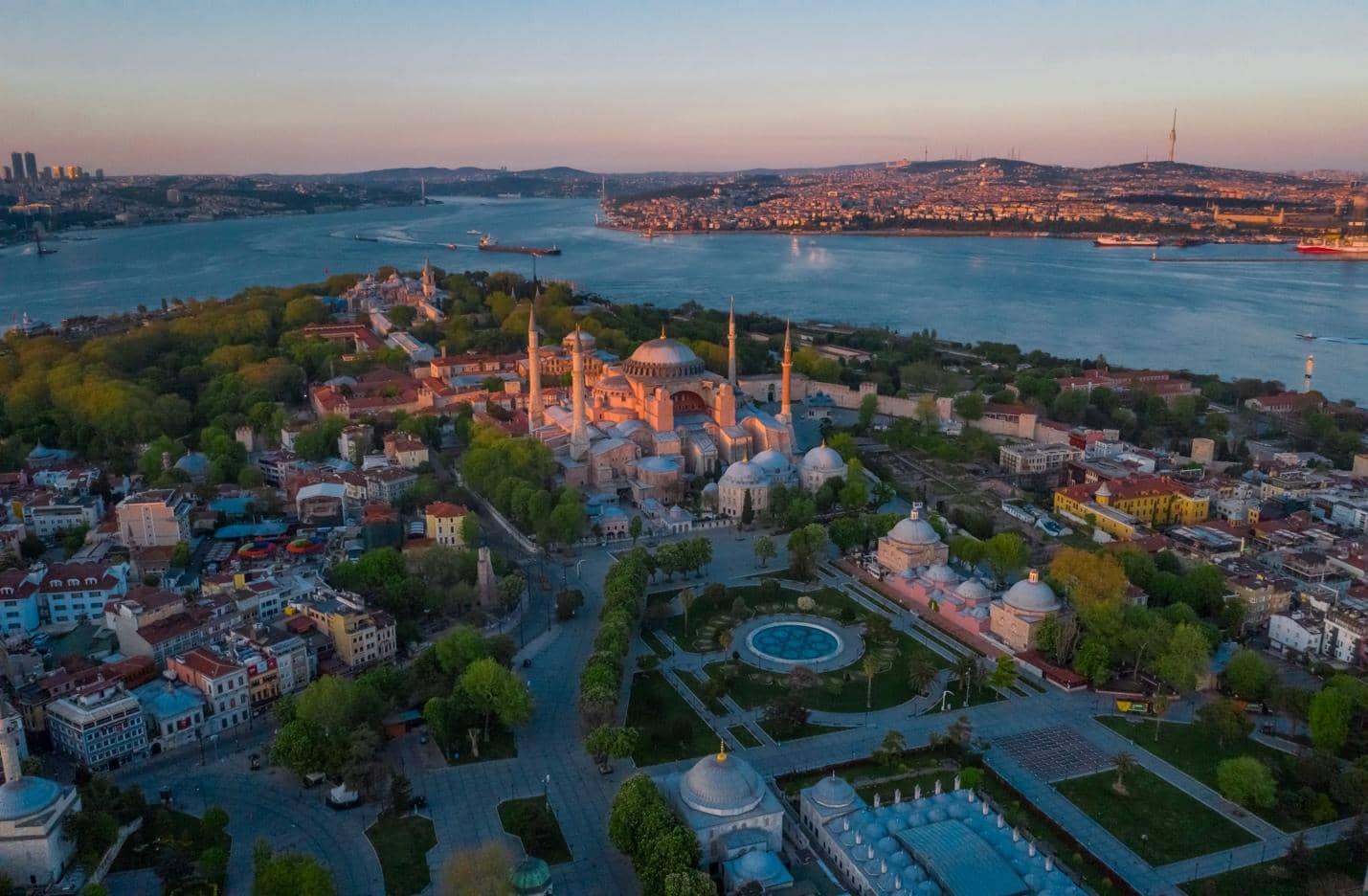 Perhaps the most famous of all the awe-inspiring buildings in İstanbul, Ayasofya’s iconic silhouette perched atop İstanbul’s Historical Peninsula is recognizable in nearly any photo of the city’s striking skyline. Upon its completion in 537 CE, this magnificent and colossal structure defied all logic. Constructed over a period of five years, it is known for its 32.6-meter diameter central dome which, at a height of over 55 meters, appears to be floating in the air. 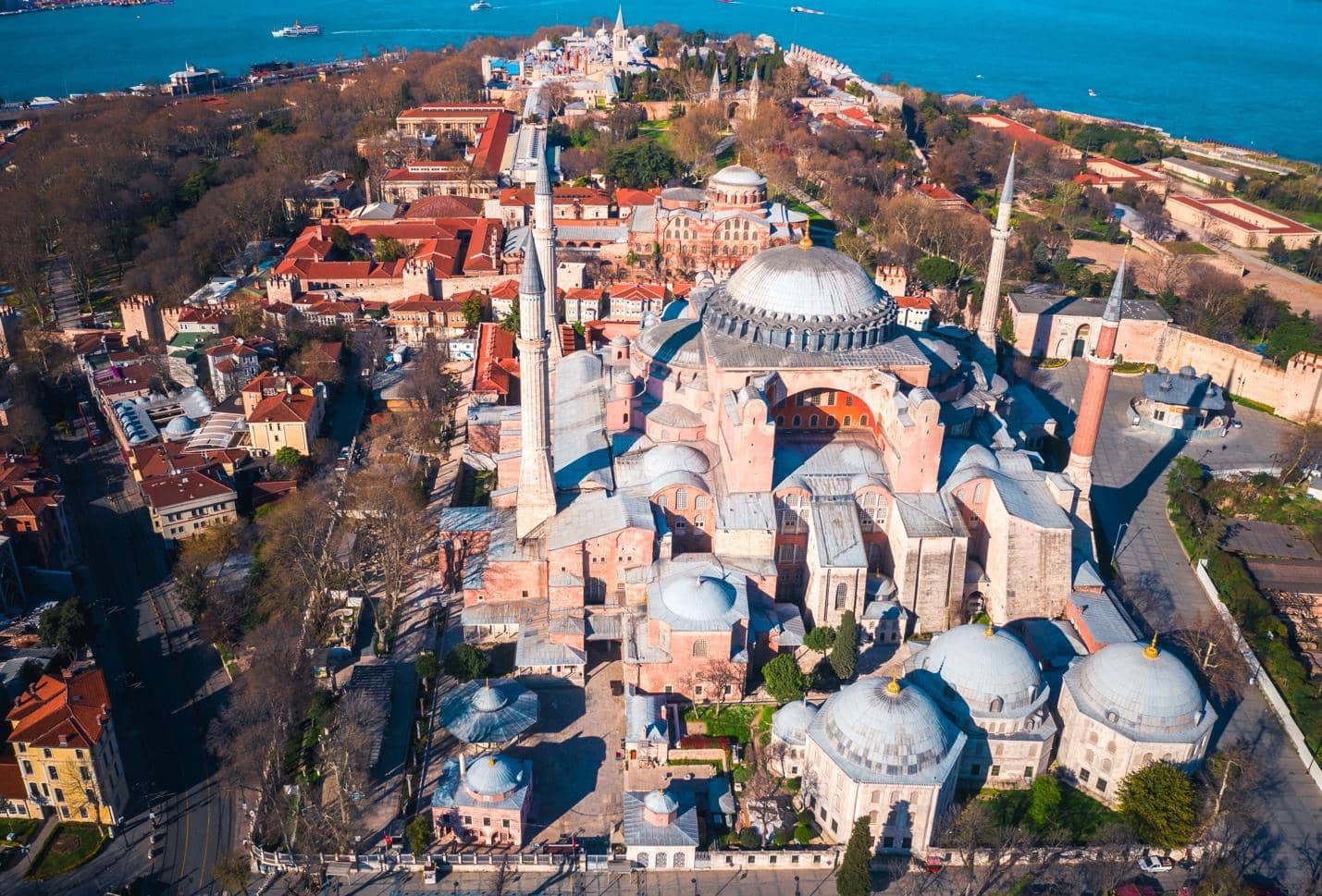 This imposing structure remained the largest cathedral in the world for over 1,000 years, and served as one of the most important mosques for over 400 years. Ayasofya is regarded as the quintessential symbol of İstanbul’s unique multicultural history as it originally functioned as a church under the Eastern Roman Empire, then as a mosque under the Ottomans before being converted into a museum during the Turkish Republic. As of 2020, Ayasofya has resumed functioning as a mosque showcasing how the two religions are intertwined in a single place. Like all other mosques in İstanbul, visitors are welcome during non-prayer hours. 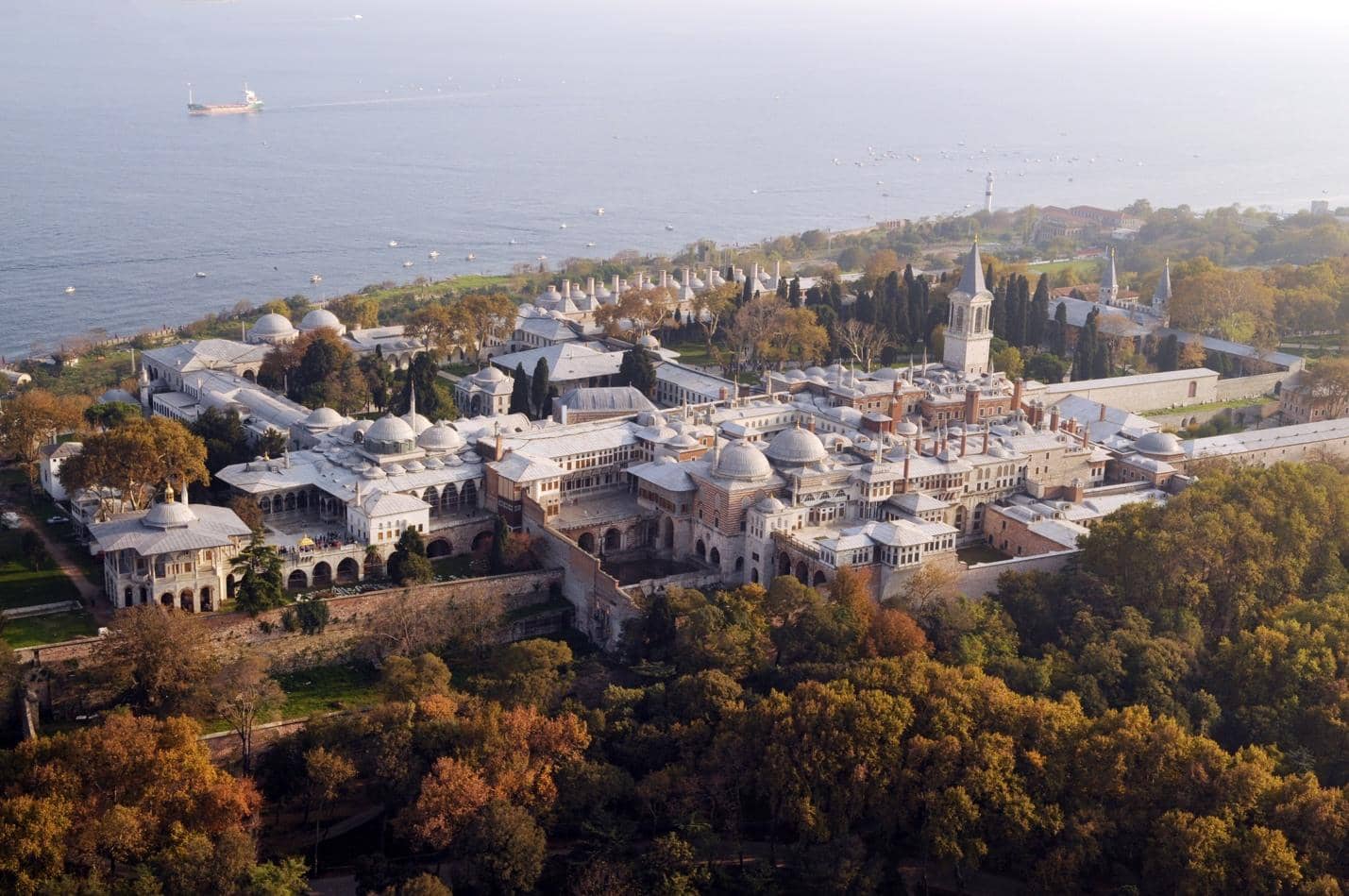 Topkapı Sarayı, or Topkapı Palace, was the seat of the Ottoman Empire in its capital, İstanbul, for 400 years. Positioned at the most strategic point of İstanbul’s Historical Peninsula, jutting out into the Bosphorus Strait, spectacular views are one of the many attractions of Topkapı.

This museum is a sprawling complex, the summation of centuries of construction and renovation following the orders of the Ottoman sultans in 1459, a couple of years after the conquest of Constantinople by Sultan Mehmed the Conqueror. 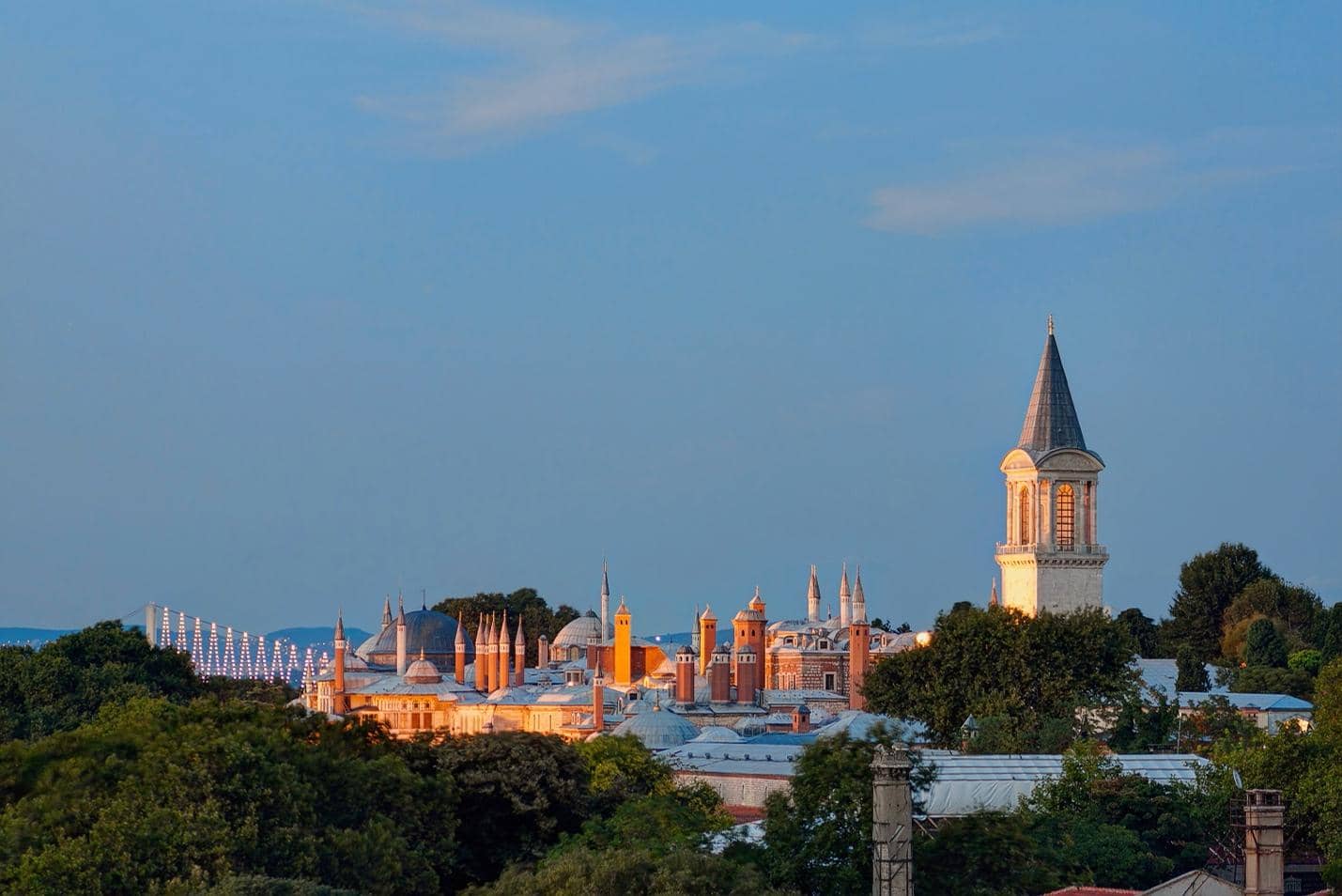 Topkapı Sarayı offers a unique look into the life of Ottoman royalty and state affairs. Each of the complex’s successive courtyards represents a higher level of importance and intimacy in relation to the sultan. Perhaps the most unique experience is the opportunity to stroll through the Topkapı’s private living quarters (harem), a privilege that was bestowed only upon the sultan’s family and most trusted servants. Visitors will also want to admire the rich imperial collections reflecting life in the palace. On display are artefacts relating to the palace cuisine, clothing, war memorabilia, and religious relics. 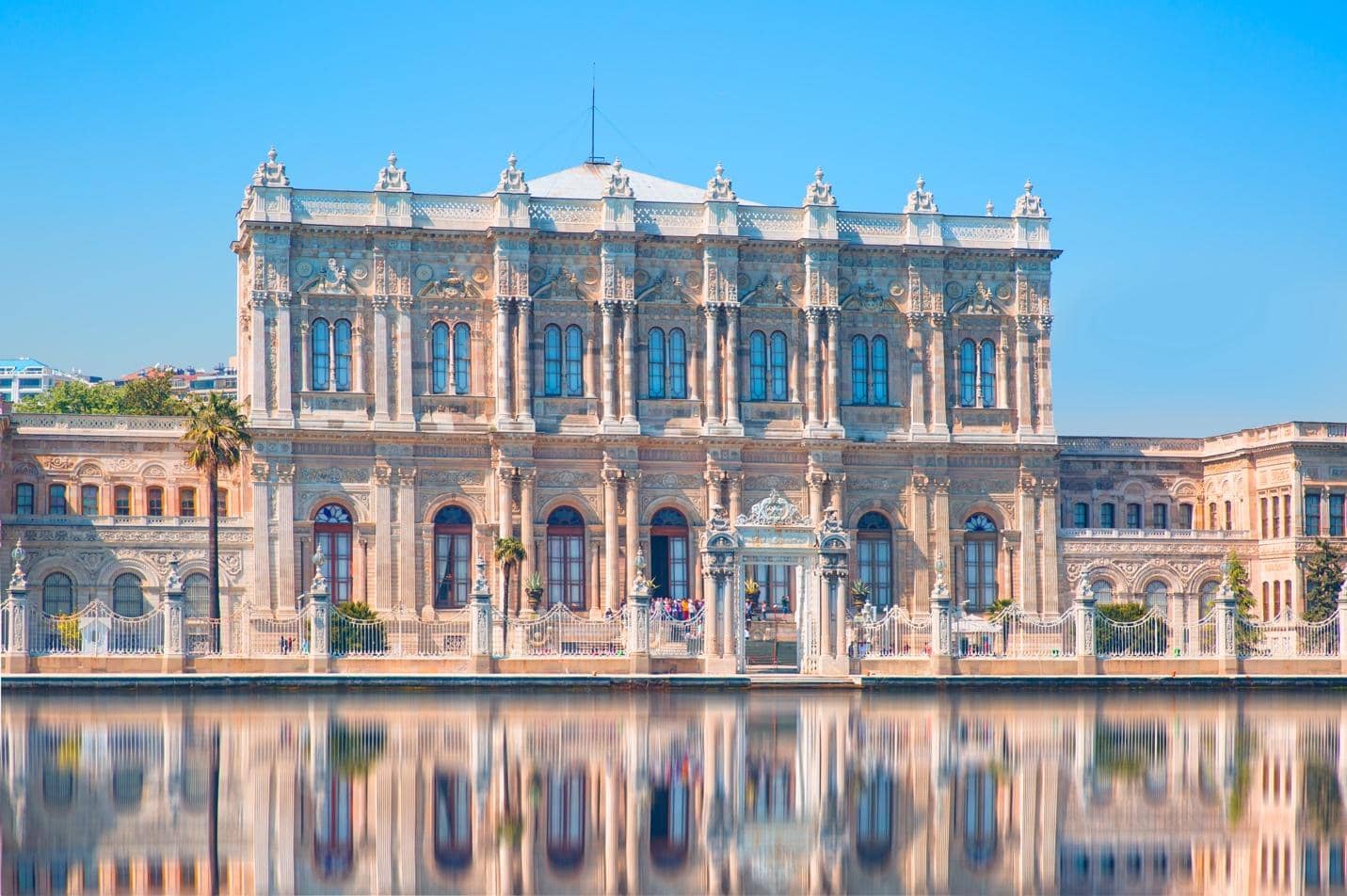 Sitting right along the Bosphorus in the lively district of Beşiktaş is Dolmabahçe Palace. Built in the later years of the Ottoman Empire, İstanbul’s third largest palace is a magnificent work of Western architecture. Now a museum, visitors today have the opportunity to admire the craftmanship of its ornate exterior before being enchanted by the imperial luxury of the rooms and their furnishing. 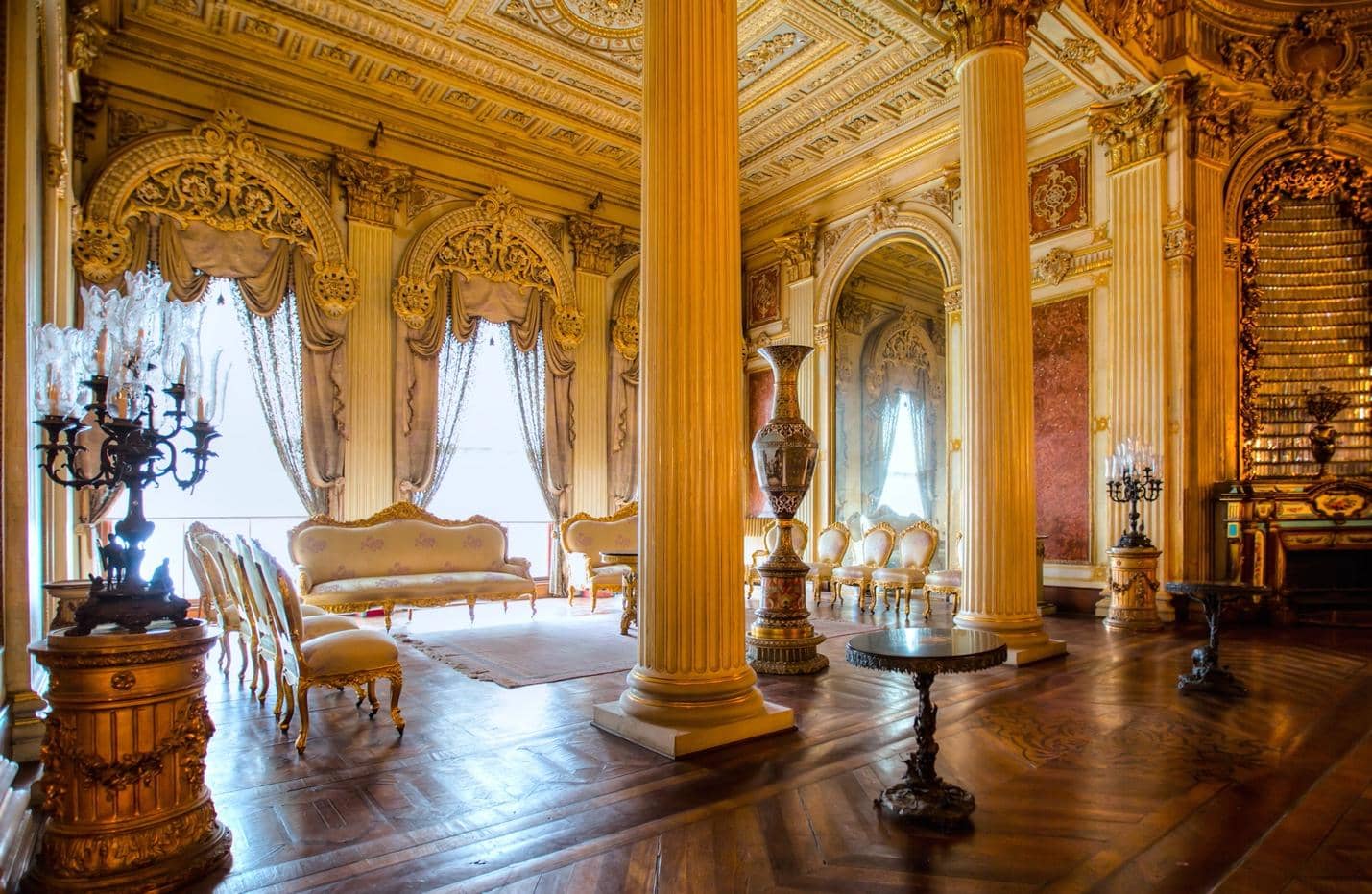 Visitors will want to show up early so they have a chance to see both the private quarters (harem) and ceremonial (selamlık) wings of the palace. 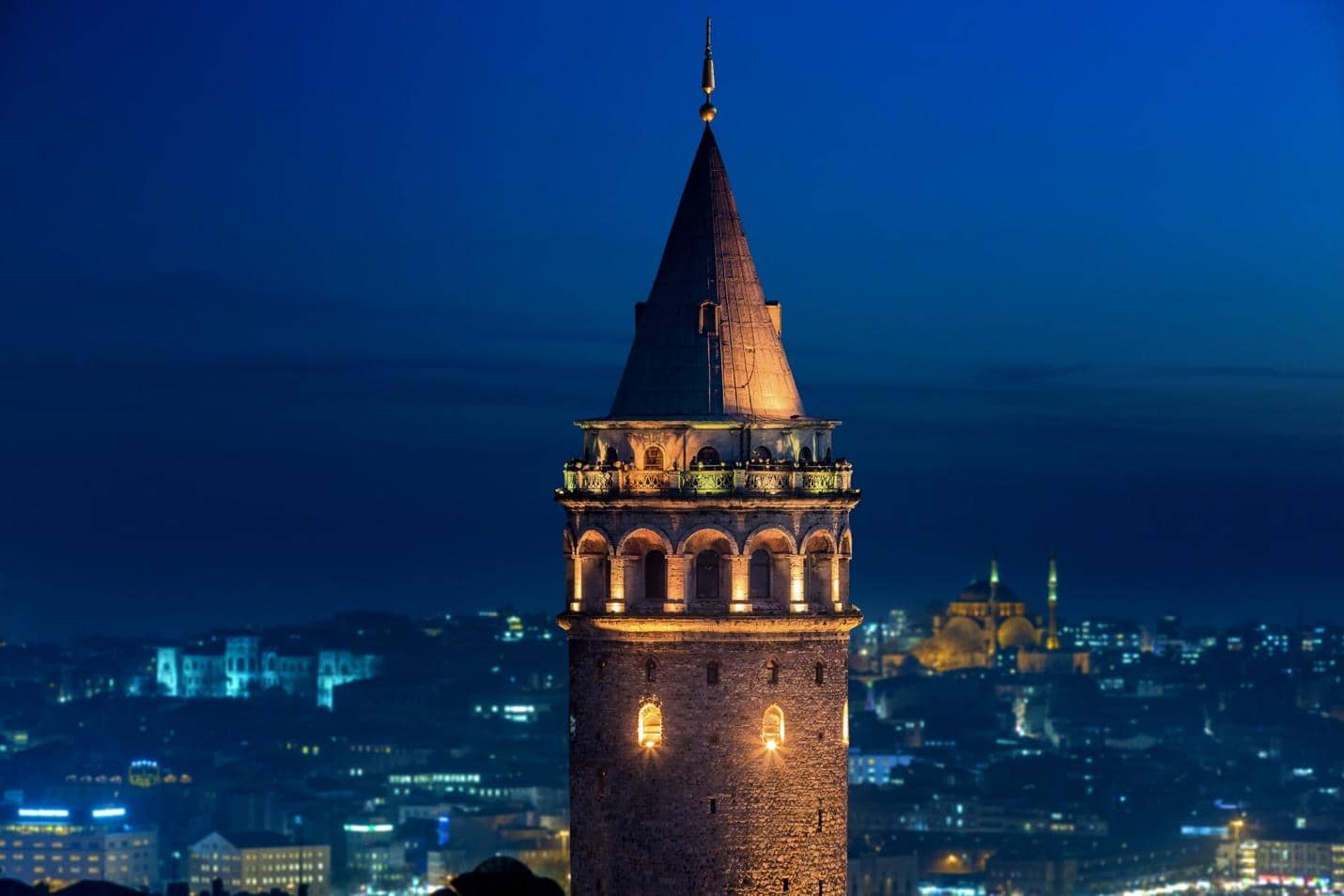 Peeking out above the cluster of surrounding high-rise buildings, Galata Kulesi (Galata Tower) beckons visitors to the energetic neighbourhoods of Galata and Taksim. Although the site has laid claim to a tower since 507 CE, the current structure was built by the Genoese 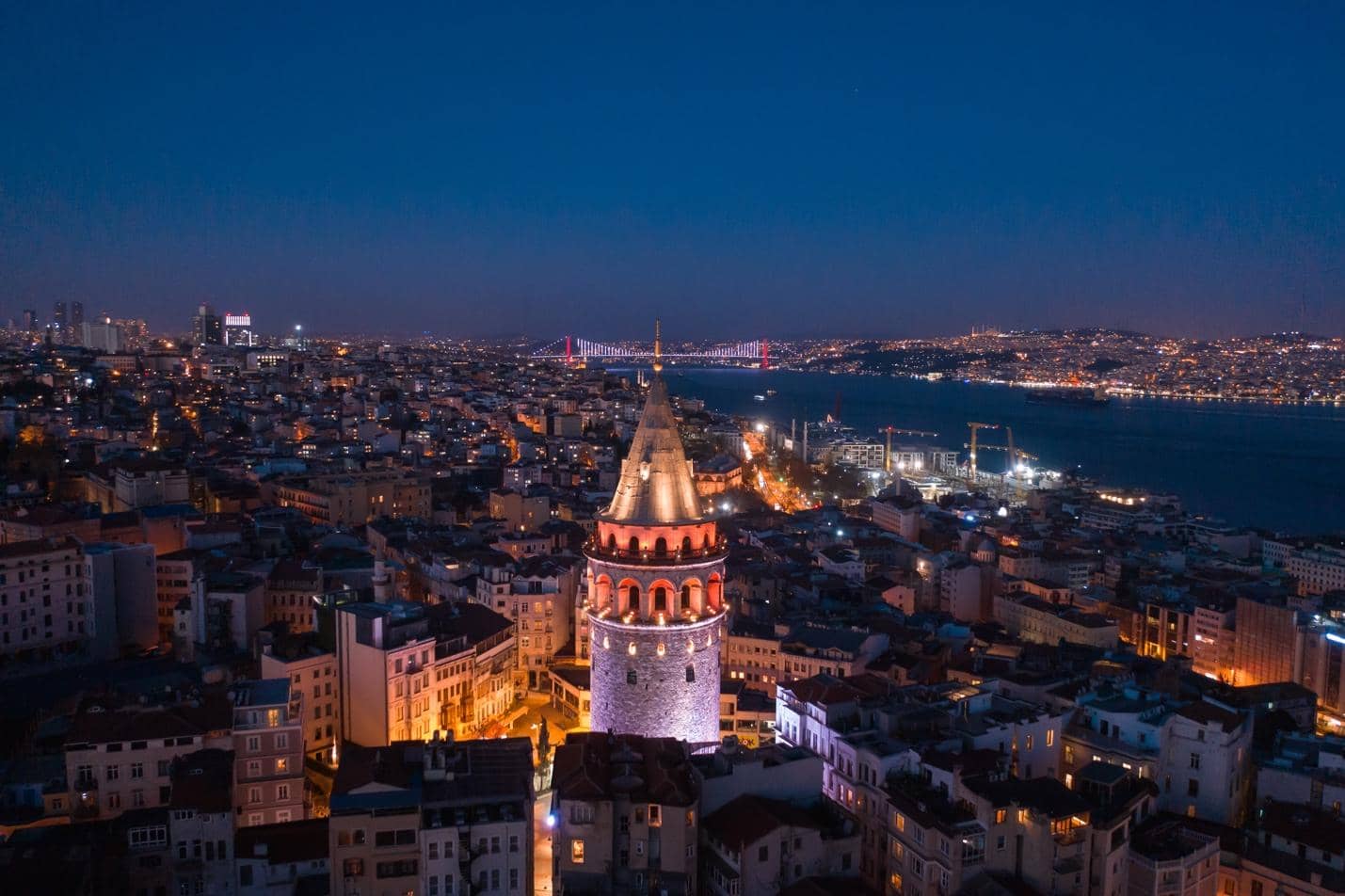 Standing at a height of 52 meters, the tower’s observation deck offers unparalleled views of historical İstanbul. Legend has it that the Ottoman scientist Hezârfen Ahmed Çelebi flew off the top of the tower with makeshift wings, crossing the Bosphorus and reaching the neighbourhood of Üsküdar on the Anatolian side. The Galata Tower is located on one end of İstanbul’s famous touristic boulevard, İstiklal Caddesi (İstiklal Avenue). A visit here at sunset is the perfect start to an evening of experiencing the area’s unique shopping opportunities and nightlife. 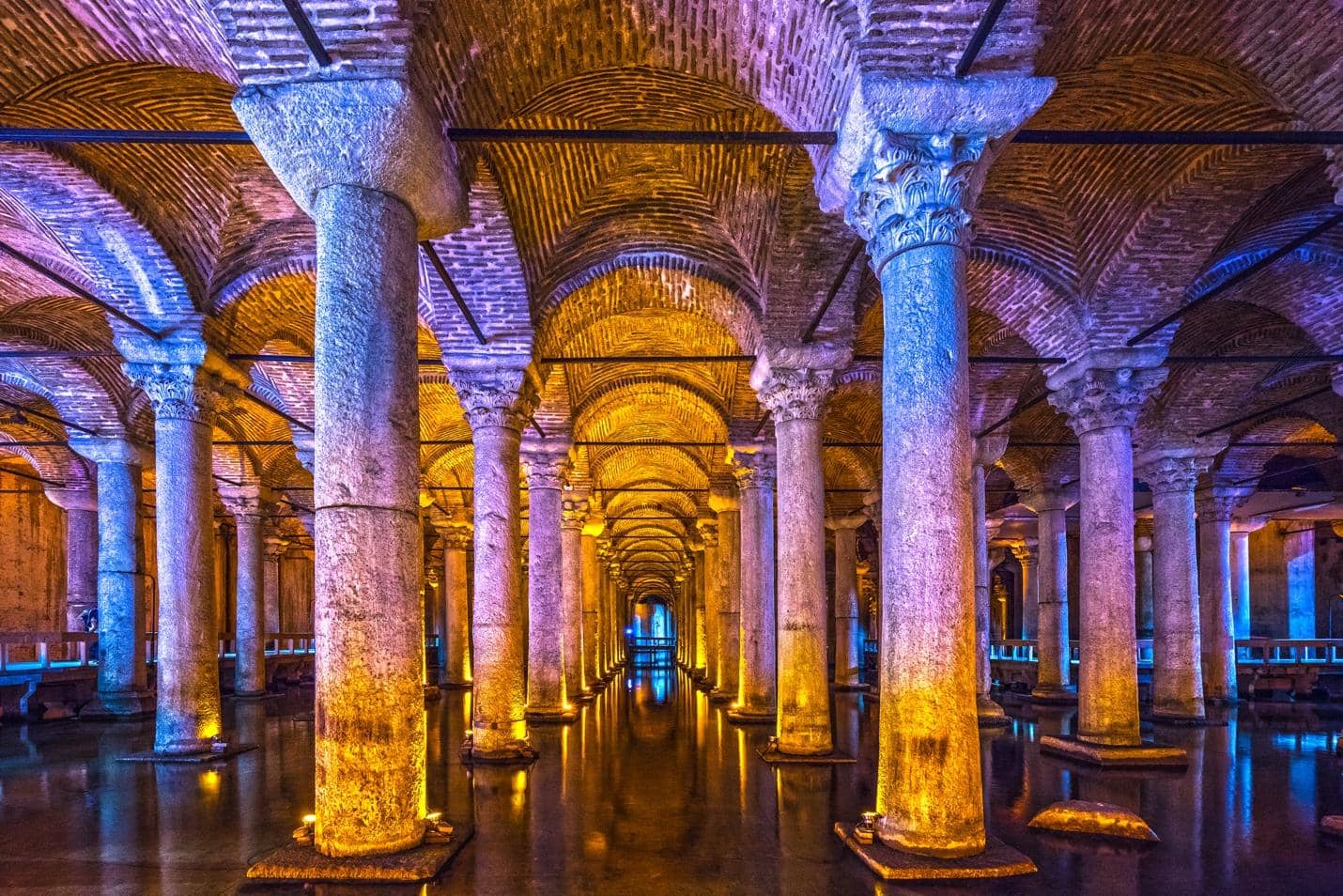 A lesser-known fact about the Byzantine Empire was its remarkably successful use of hundreds of underground cisterns in İstanbul for the purpose of water management. The largest and most noteworthy of these cisterns is Yerebatan Sarnıcı or the Basilica Cistern, located on İstanbul’s Historical Peninsula. 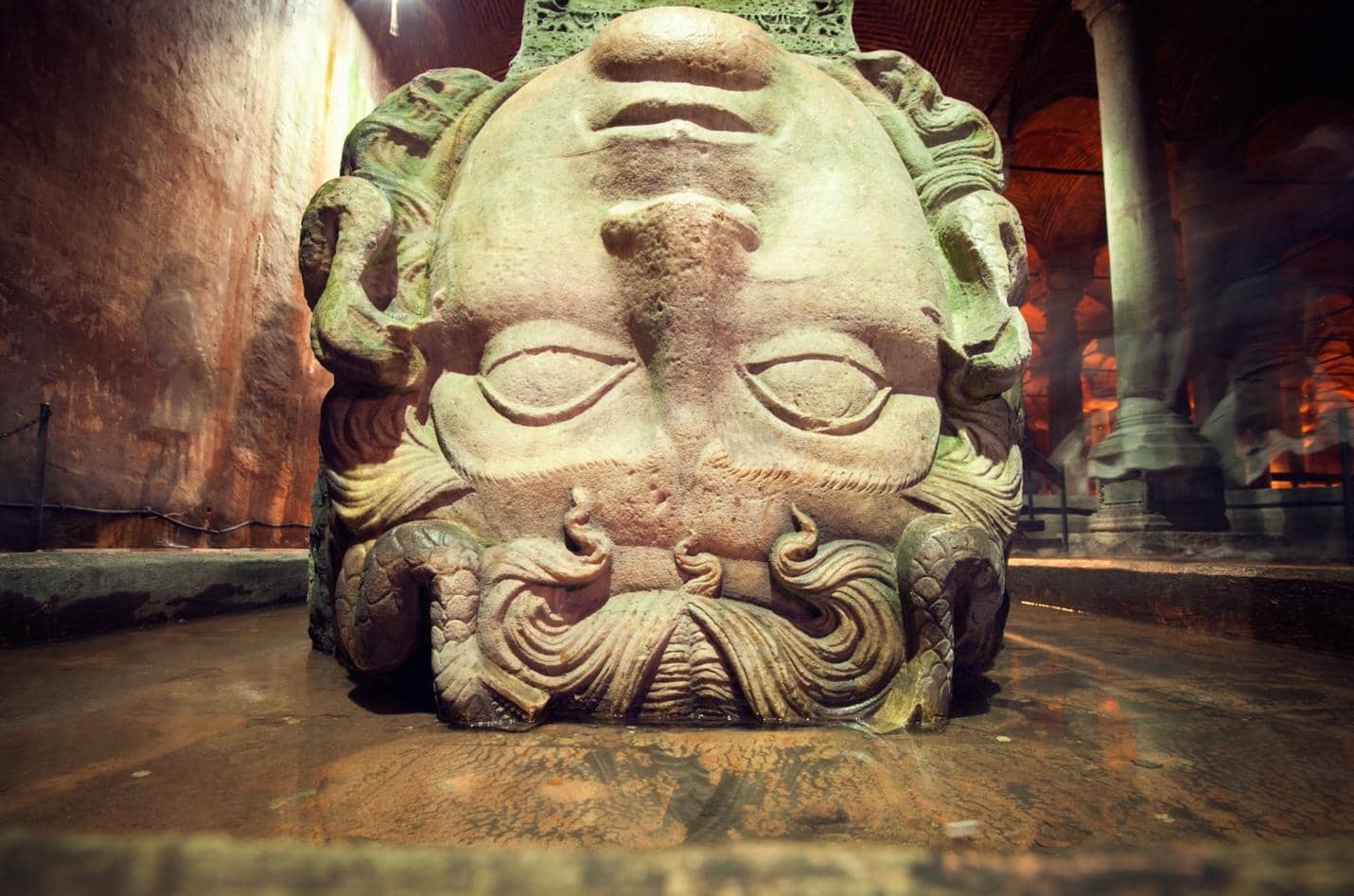 Built in the 6th century BCE, the Basilica Cistern is an impressive 9,800 square meter cistern capable of holding 80,000 cubic meters of water. Today, little water is kept in the cistern so as visitors can walk between the impressive ancient columns in the dim cavernous space. The eerie atmosphere, which was even used for the set of a James Bond film, is punctuated at the end by a column resting upon a base featuring an upturned Medusa head. It is said that the Medusa was placed upside down so as to nullify the power of her gaze to turn those who look at her into stone. But, rest assured, the only danger facing visitors to the Basilica Cistern is an urge to return again and again to experience its captivating ambience. 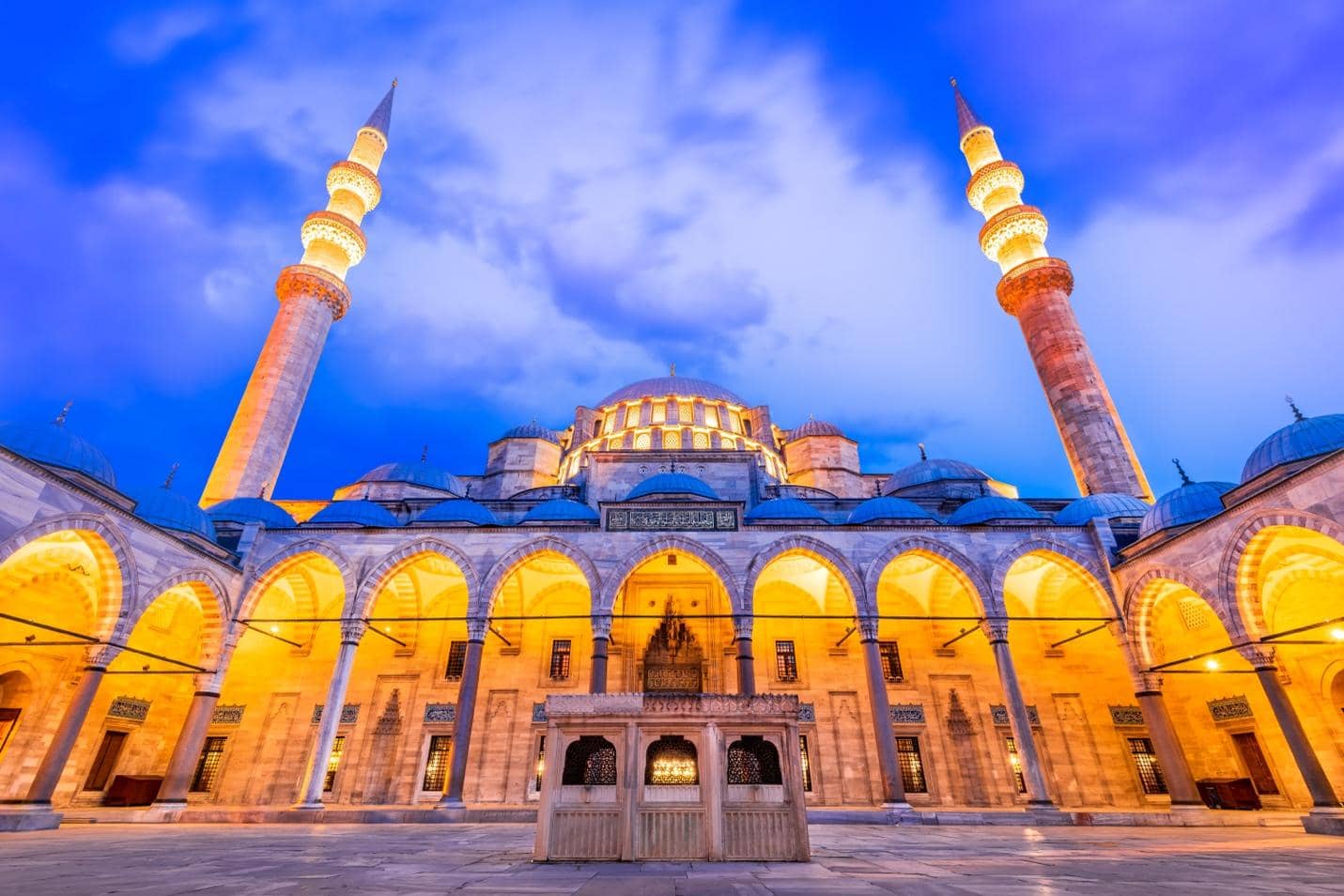 Following the transition of power from the waning Byzantine Empire to the rising and expanding Ottoman Empire in the 15th century, İstanbul once again transformed into a thriving metropolis. As the population and economy boomed, many Ottoman monuments were erected.

The chief contributor to these architectural achievements was the Ottoman Empire's most prolific and famous architect, Mimar (Architect) Sinan. Of all Sinan’s works in İstanbul, the Süleymaniye Mosque stands alone as his magnum opus. 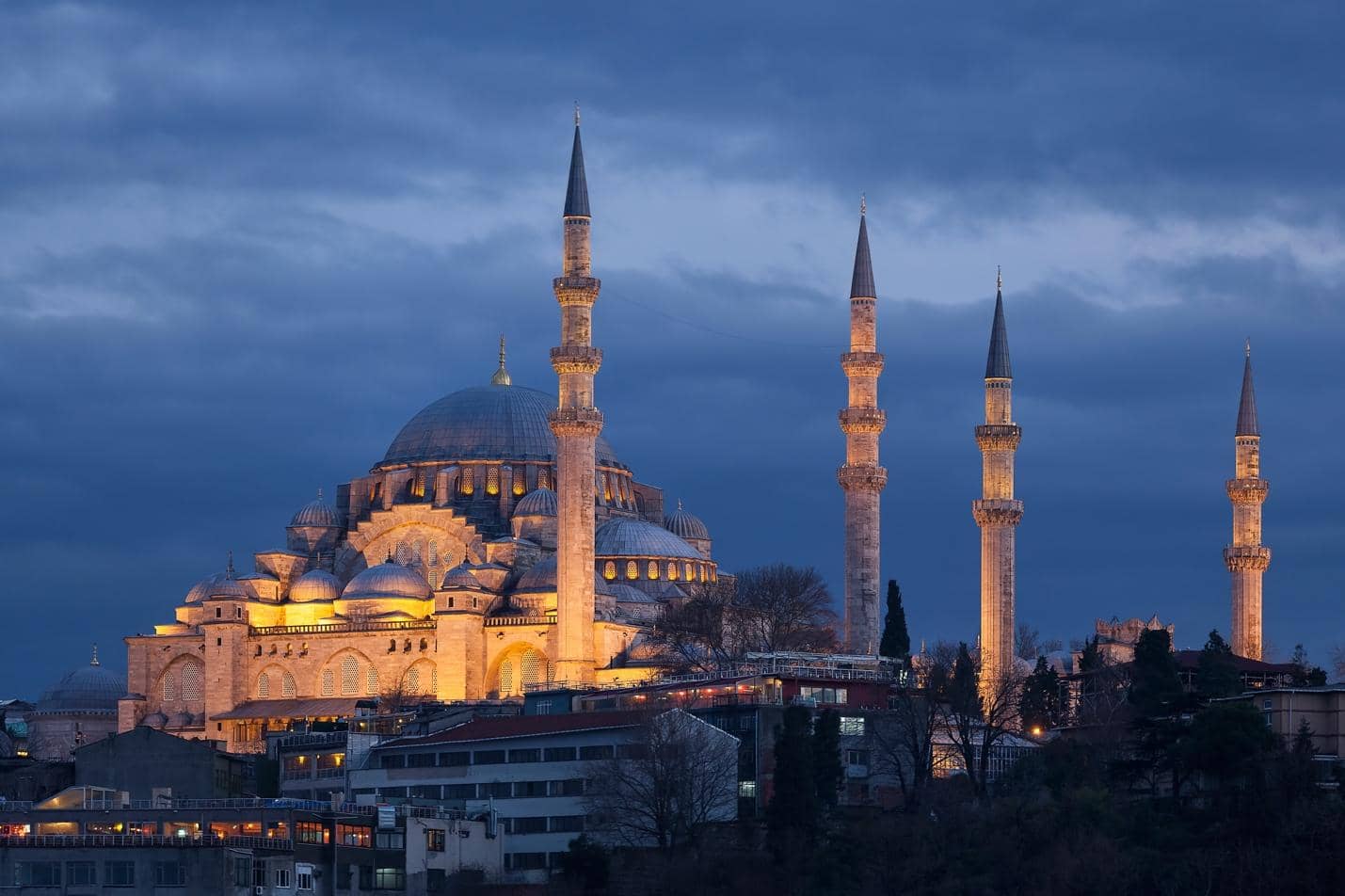 Commissioned by Sultan Süleyman the Magnificent at the apex of the Ottoman Empire’s power, this imperial mosque stands as a testament to the Ottoman might of this period. The dome, which has a 26.5-meter diameter and sits atop four massive monolithic columns creating an almost square interior, exemplifies the balance and powerful beauty of Mimar (Architect) Sinan’s work at the height of his long and distinguished career.

Visitors should take time to admire the surrounding complex which includes a courtyard with fantastic views of the Golden Horn, and buildings used as soup kitchens, public baths, and religious schools. 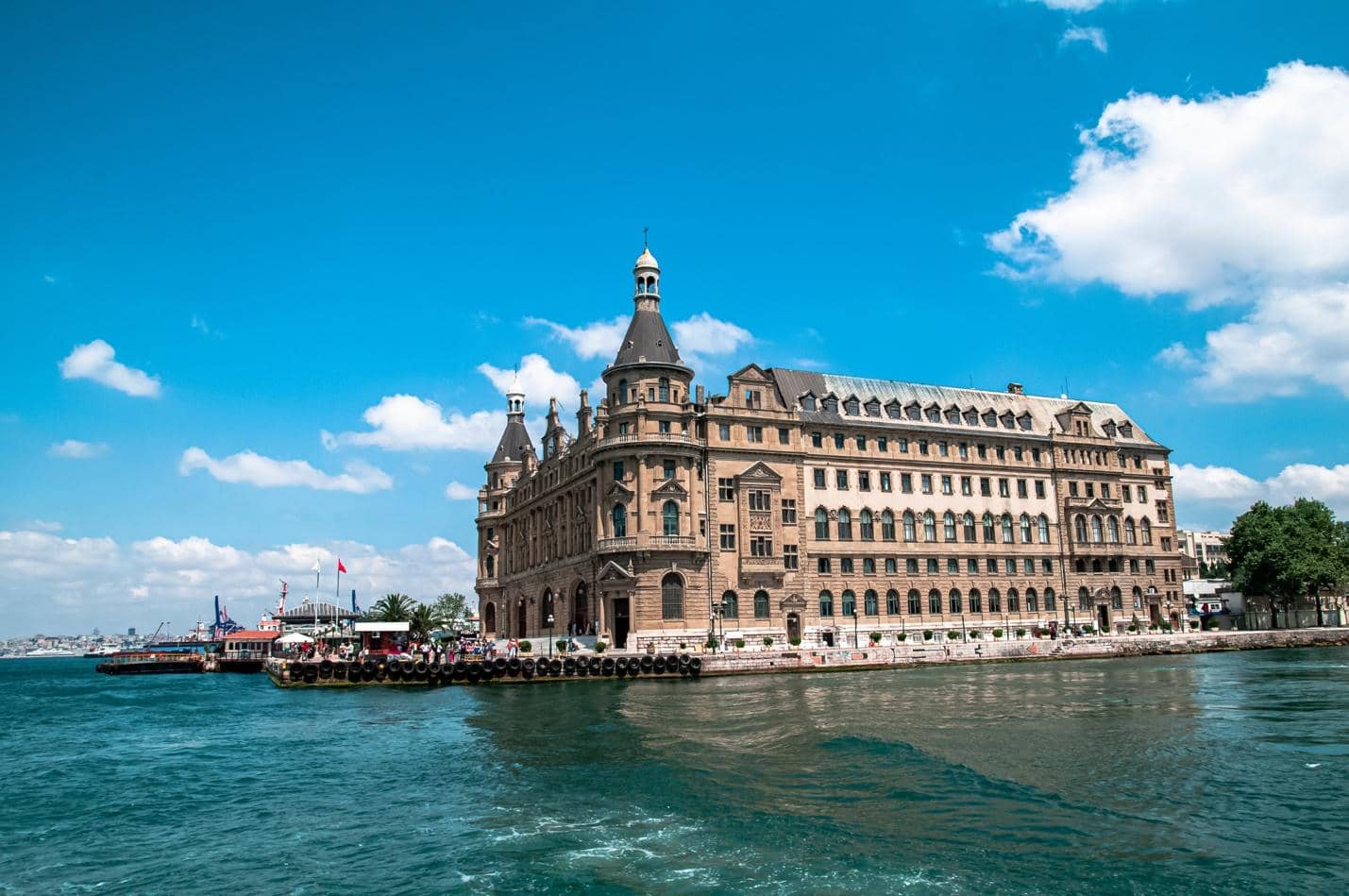 Across the Bosphorus in the hip neighbourhood of Kadıköy sits the old Haydarpaşa Station. This beautiful structure abuts the Bosphorus Strait and is hard to miss by anyone ferrying over to İstanbul’s Anatolian side.

Built in the late 19th century, Haydarpaşa Station gained fame as the terminal station for railways connecting İstanbul to the Ottoman Empire’s Middle Eastern provinces during the late Ottoman period. Up until its closure for renovation, Haydarpaşa continued to be the busiest railway station in Türkiye. While the plans to reopen this iconic building as a functional railway station are still underway, visitors to the Anatolian side can visit the museum site to take in one of the finest examples of Neoclassical architecture in Türkiye.