Would you like to go for a walk into the 1st millennium BCE? Maybe you'd prefer to go there on a horseback ride, or by bike?

The valley, which is spread over a region within the borders of Eskişehir, Kütahya, and Afyon provinces today, is home to historical ruins and ancient artifacts bearing traces of the Phrygian civilization. The Phrygians are peoples who migrated into Anatolia from the Balkans, where they first appeared on the stage of history circa 12th century BCE in Thrace. With this movement, they have been the source of many mythological stories ever since. 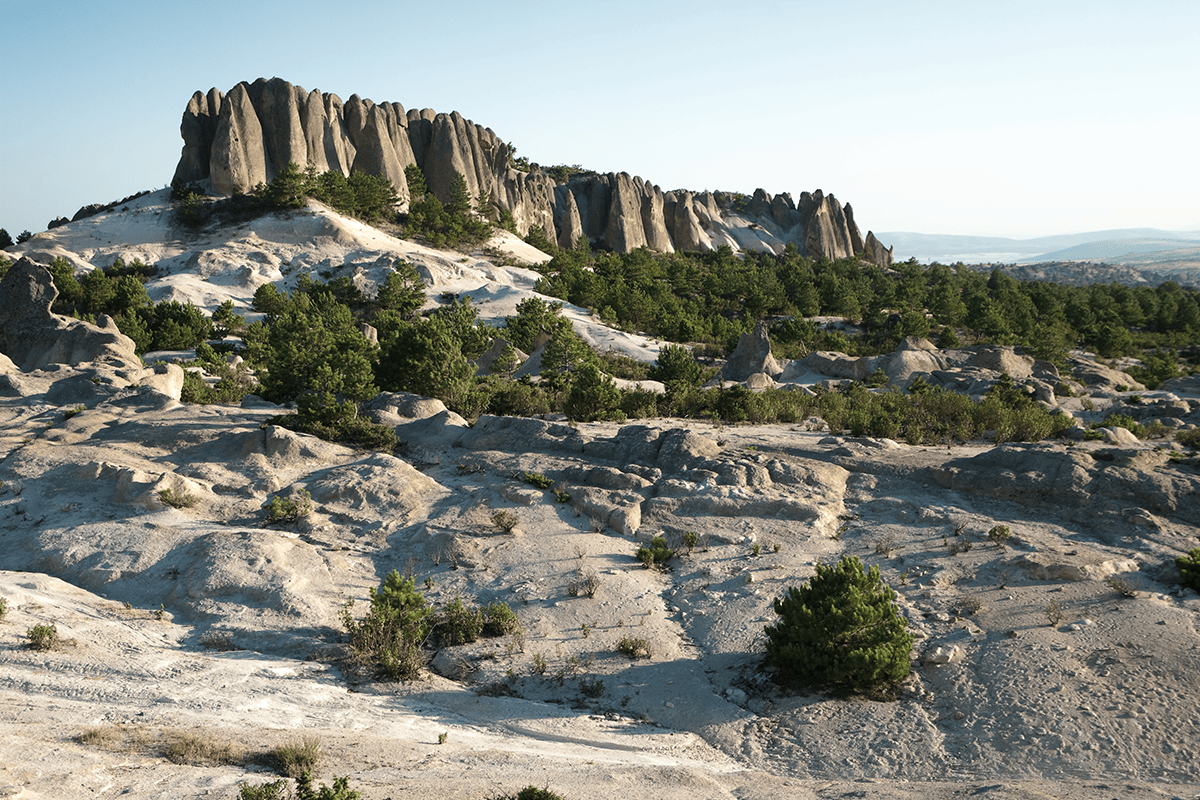 A poor farmer from Macedonia, Gordias was the first king of the Phrygians. For this reason, their capital city near Ankara was named Gordion. You may remember this name from the mythical Gordian Knot. Giving rise to the Alexander Great legend, the Gordian knot was tied by the Phrygian king Gordias only to be sliced ​​in half with Alexander's sword.

Nonetheless, his son Midas was the Phrygian king who had a more fantastic reputation. One of the myths emerging from Anatolian lands is King Midas and his ears. According to the legend, Apollo, the god of music, arts, the sun, fire, and poetry, competes with Pan, the god of the wild, shepherds, and flocks. Apollo has his silver, and Pan has his flute. And Midas is on the jury. The sound of Apollo's lyre fascinates everyone. At the end of the competition, all judges favor Apollo, but when Midas votes for Pan, Apollo turns Midas' ears into donkey ears. 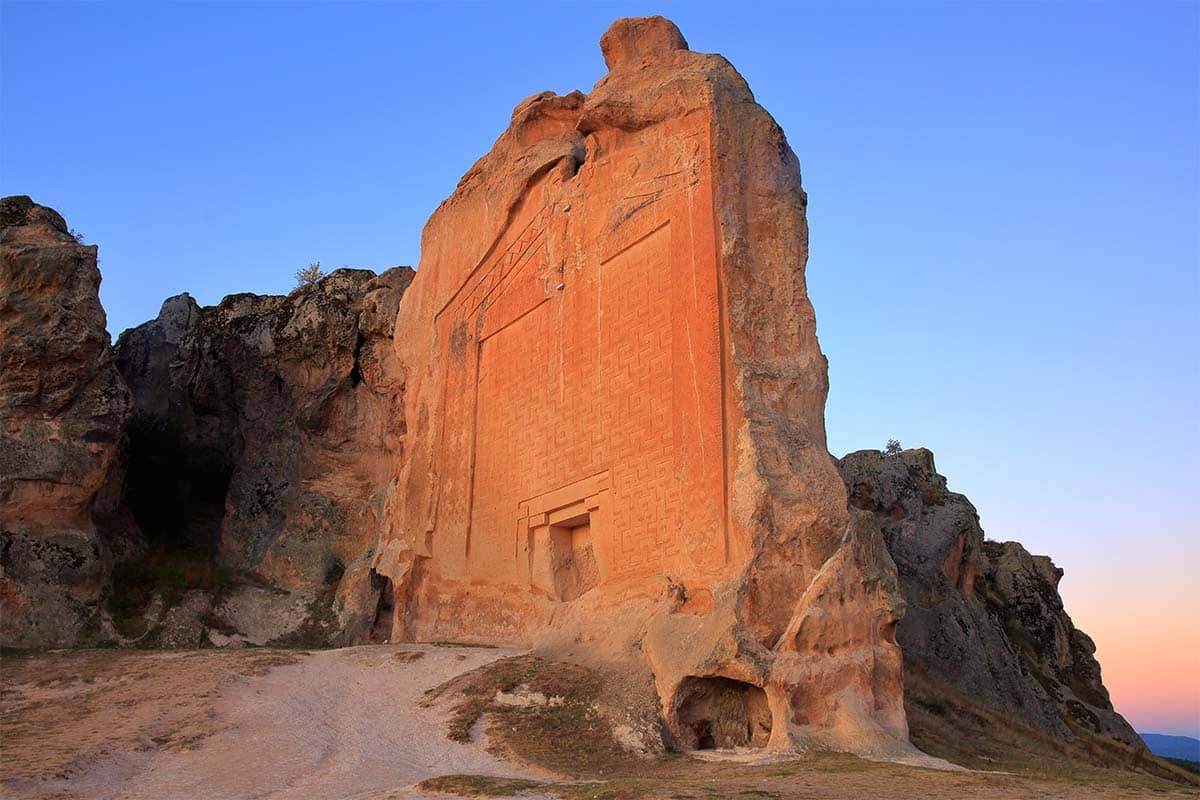 However, King Midas is most famously remembered in mythology for his ability to turn everything he touched into gold. Apparently, he prayed for this. But according to legend, once he got his wish, Midas died of starvation due to his "vain prayer" for the gold touch. In time, this came to be called the Midas touch.

Now let's go back to the valley: The region was covered with volcanic ashes thrown out by Mt. Türkmen, where the consolidated tuff created easily carved rocks, enabling the Phrygians to leave behind many carved rock monuments in the region.

Today, the Phrygian Valley is a nature park that passes through 7 provinces and countless counties. It has a total area of 55 hectares.

The most beautiful aspect of the valley is that, as it is still a mostly undiscovered route, it offers visitors the opportunity to be alone with nature and awe-inspiring history at the same time. Many say that the booming Phrygian Valley will become the 2nd Cappadocia. 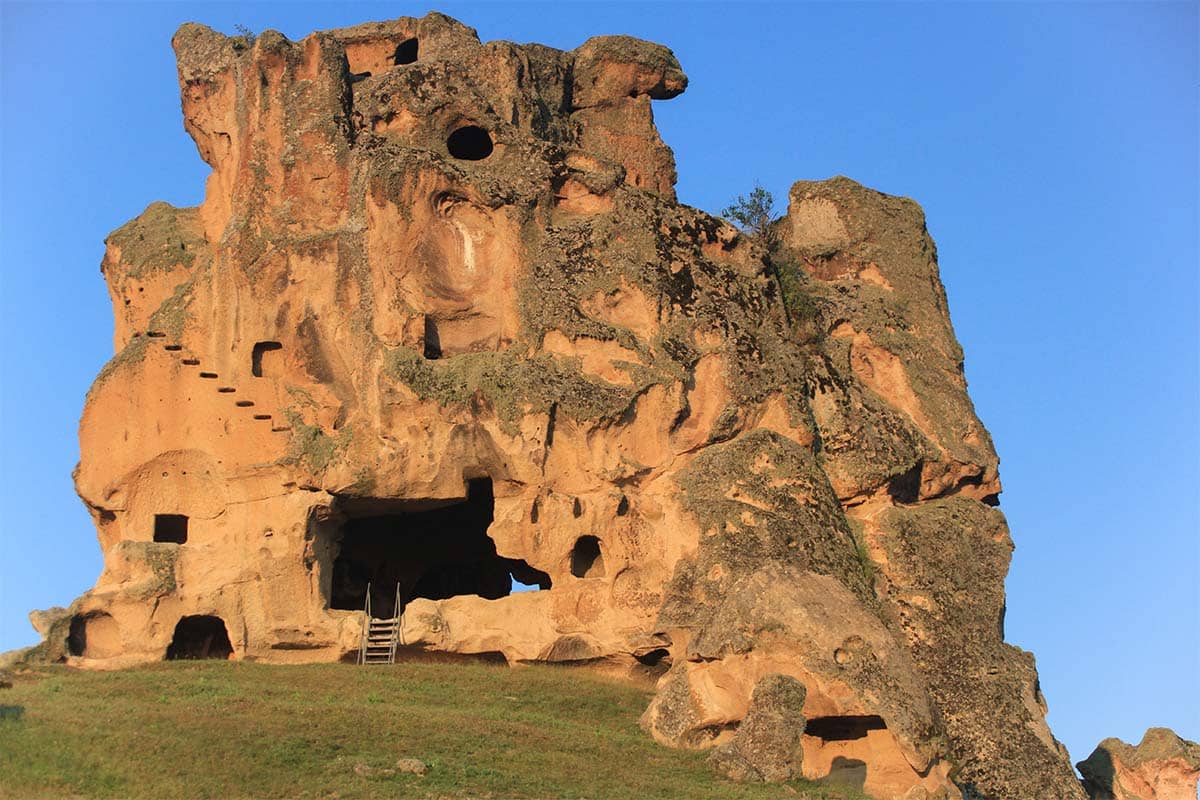 In the village of Ayazini, located in the valley, there are rock tomb chambers from the Roman and Byzantine periods and churches and rock settlements from the Byzantine period, all of which were carved. The main attraction is the breathtaking Avdalaz Castle, built by carving the volcanic rock mass. 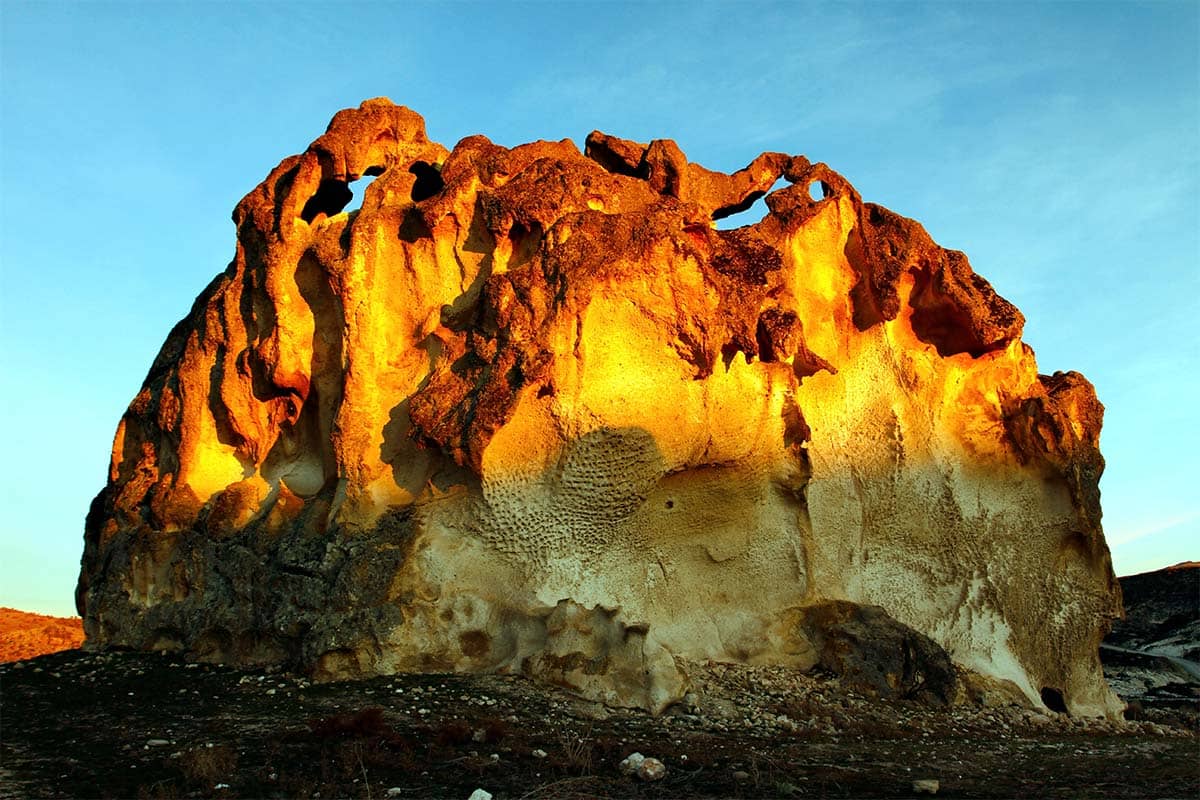 It is necessary to spend at least two days in this region. Among the places you might want to see are: Gerdekkaya, Pişmiş Castle, Yazılıkaya, Kırkgöz Cliffs, Cisterns, Aslankaya, Üçlerkayası, Ayazini Church and Lion Temple. 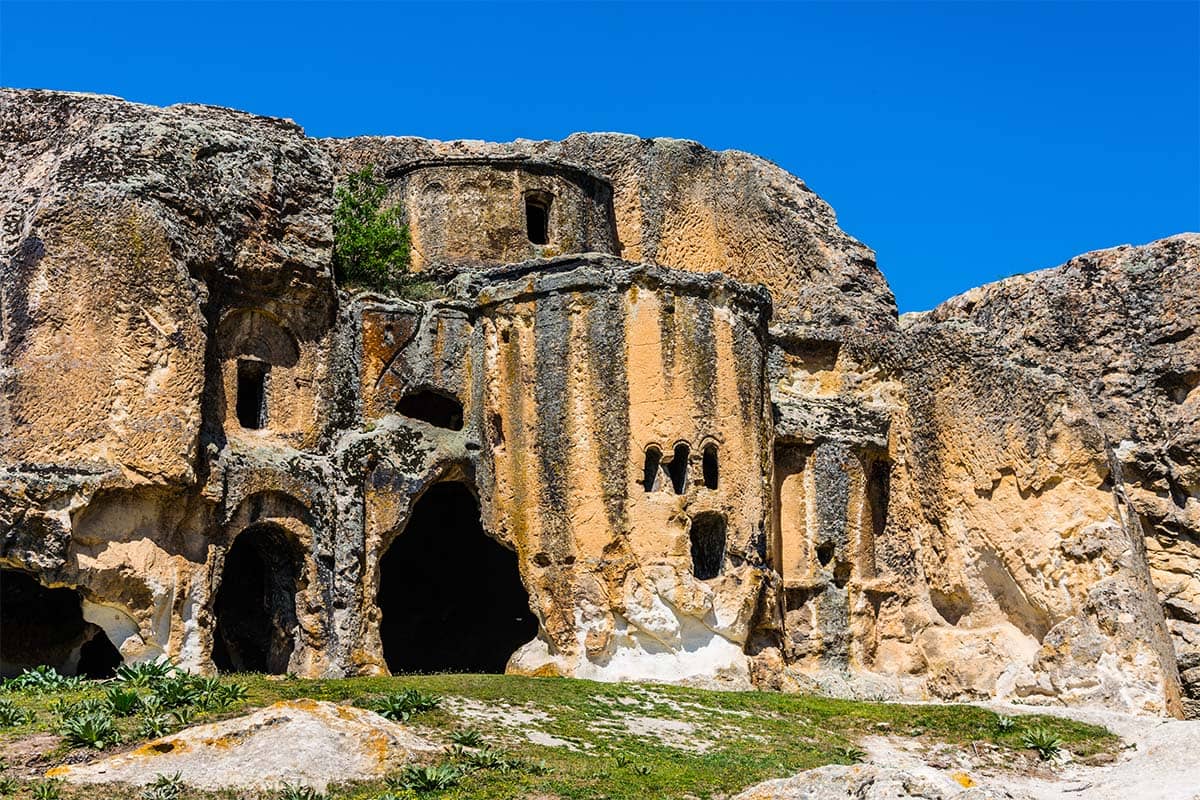 The valley offers unique opportunities for nature, sports, and adventure lovers. Overnight horseback tours are organized at the camp in the Phrygian Valley. There are hiking and cycling routes that pass through the ancient roads used by the Phrygians. 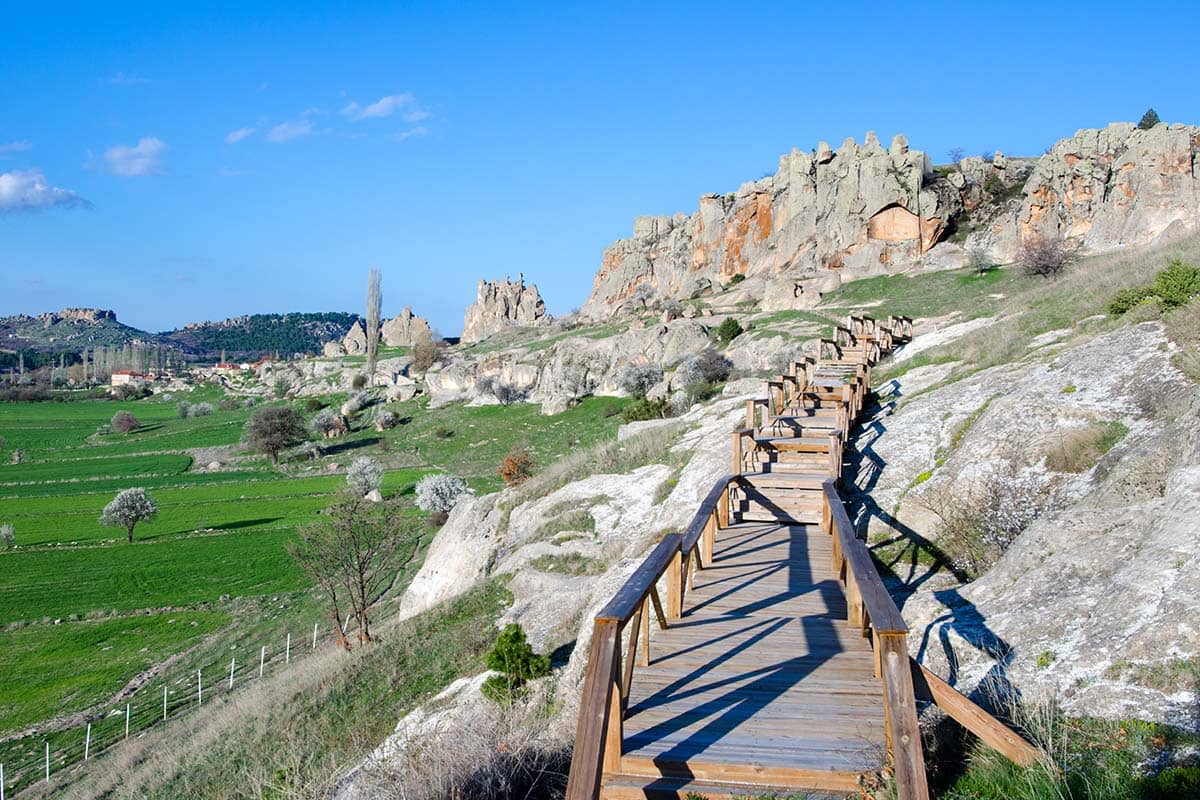 The Phrygian Way is similar to the Lycian Way and is one of the longest hiking trails in Turkey. The trail's total length, which consists of three main routes, is 506 km. The entire way is marked with red and white colors to make it easier to follow the road. In addition, there are signposts at the route start-end points and significant intersections to inform the walkers.

The names of these magnificent ancient roads connecting the ancient settlements in Phrygia are Gordion, Pessinus, and Midas. Due to the tuff rock structure of the region, the depth of the trail can reach 2-3 meters in some places.

The best time to visit is spring and autumn, but there are various attractions in the area throughout the year. Along the trail, there are plenty of springs for water year-round. 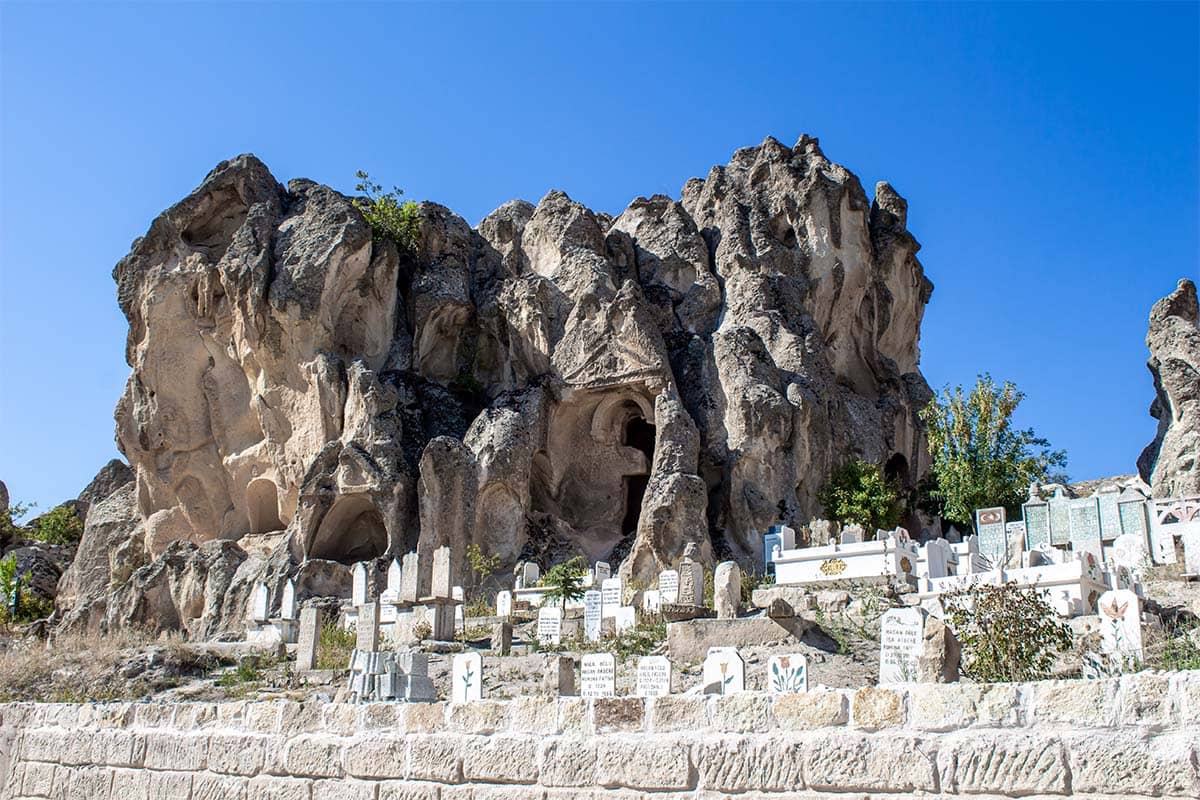