Would You Like To Live In A Cave: The Life Of Medieval Cappadocia

Cappadocia features one of the most stunning landscapes in the world. The famed Fairy Chimneys rise up out of the ground and give and the second you arrive, there’s no way you can possibly imagine that you’re living on the same planet as the one you arrived from.

That goes for your dwelling as well though. People in Cappadocia have been living either underground or in caves for literally centuries, right up until the present day. There are a number of reasons for this, which we’ll get into of course, but the point is that the way people have lived and survived in Cappadocia is just as remarkable as its terrain. So we’ll go in chronological order through the centuries so you can decide exactly how you want to experience this amazing place when you finally make it over, or come again if you’ve visited before!

The Original Cave Dwellers of Derinkuyu and the Underground Cities 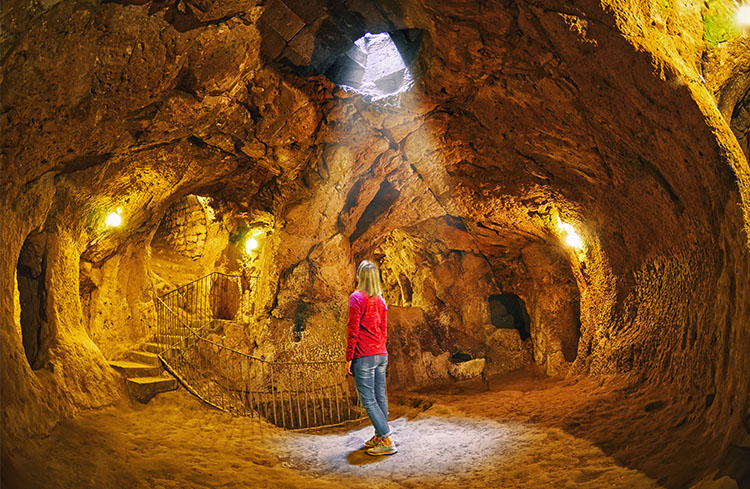 Derinkuyu is simply unbelievable. This underground city is 11 levels deep, has 600 entrances and miles and miles of tunnels connecting it with the 40 (!!!!!!) other underground cities you’ll find in Cappadocia. It is more than just a place to sleep at night, with ventilation shafts, stables, wells, water tanks, pits for cooking, communal rooms, bathrooms and tombs.

It’s unknown exactly how old these tunnels are, with some archaeologists believing they date all the way back to the Hittites around 1,200 B.C. There are some who believe they’re even older than that, but nobody knows for sure.

What is known is that they were used by the early Christians to escape persecution at the hands of the Romans, and later from invading Arab civilizations. The stone in Cappadocia is relatively easy to carve, it’s soft but hardens once it touches the air, making it ideal for exactly this form of settlement.

Of course, even at the height of Derinkuyu most people didn’t live full-time in the cities. They were built as a refuge, and their vast tunnels even held traps for invading armies such as stones that could be rolled to block doorways and holes in the ceiling for spears to poke out an eye. Another advantage of the narrow tunnels is that it gave no advantage to large armies, who would still have to march single-file through a tunnel and were therefore vulnerable to the defending locals.

Modern Stone-Carved Cave Homes from the 18th and 19th Centuries 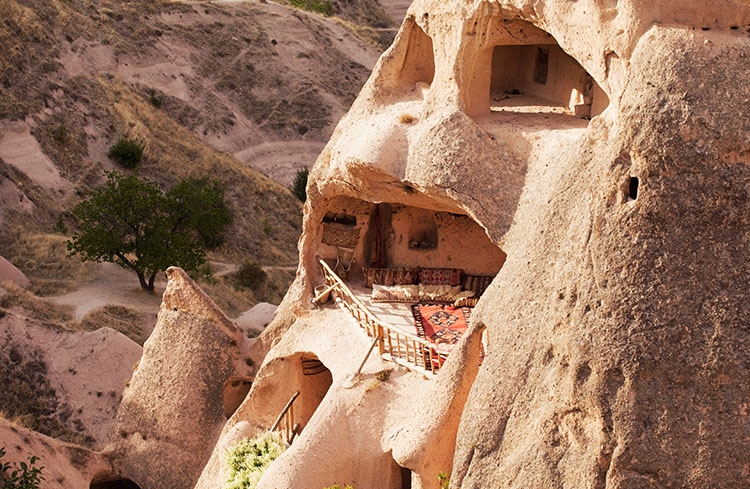 Fast forward a few centuries, and once again cave home were being carved in Cappadocia. In the 18th and 19th centuries, hillside caves were carved into the Cappadocian rock, whose soft properties again made it ideal, and the regional stonework grew to a stylized nature. 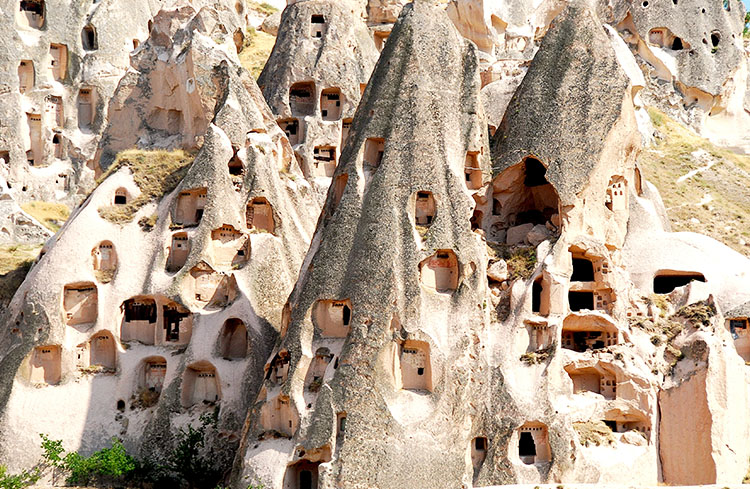 As one look can tell you, the rock of Cappadocia is unusual and this allows for beautiful archways and doors to be designed, with even art a typical feature of homes and dovecotes of this period. There are inscriptions that you’ll see too which are quite pretty in their own right.

Want to Stay in One Today? You Can! 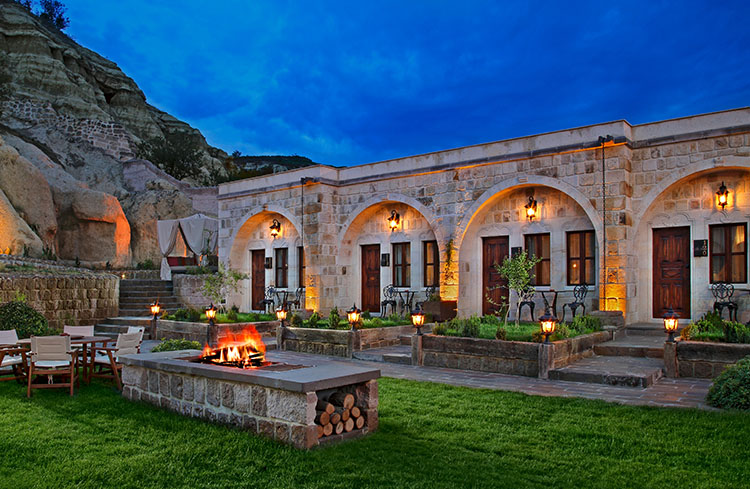 Now these old homes have been renovated and turned into cave hotels. You have all the luxuries of modern life – Flatscreen tvs, minibar etc, but set in the old homes, many times with the original artwork still on display. The stone nature of the buildings mean that they stay cool in the summers and warm in the winter, making it ideal. 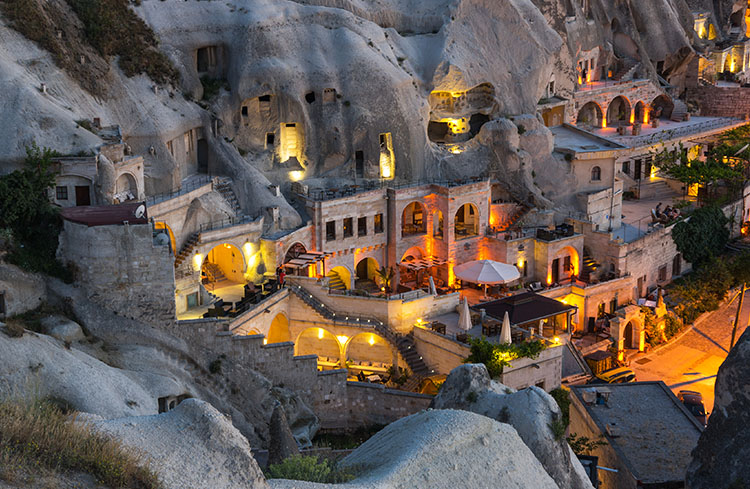 Many of the cave dwellings were built on hills overlooking Cappadocia, so you can even have a view of the stunning landscape from your original dwelling. Not a bad way to spend a holiday, is it?