Recently, everyone is forced to spend increasingly more time at home in front of the computer screen. However, one can also turn into an advantage the time spent in the virtual world through entirely new methods of self-development and pick up different interests. This is an entirely new age that offers countless possibilities ranging from digital concerts to training and sport programs, applied workshops to free film screenings...

Yet another institution that put its know-how and expertise into good use to make its contribution with in this trend is the Ministry of Culture and Tourism of the Republic of Türkiye. The Ministry provides virtual tours of eight museums under its administration. At the museum halls digitalized in 3D, art lovers can embark upon 360-degree tours, taking a closer look at the artifacts on exhibit. 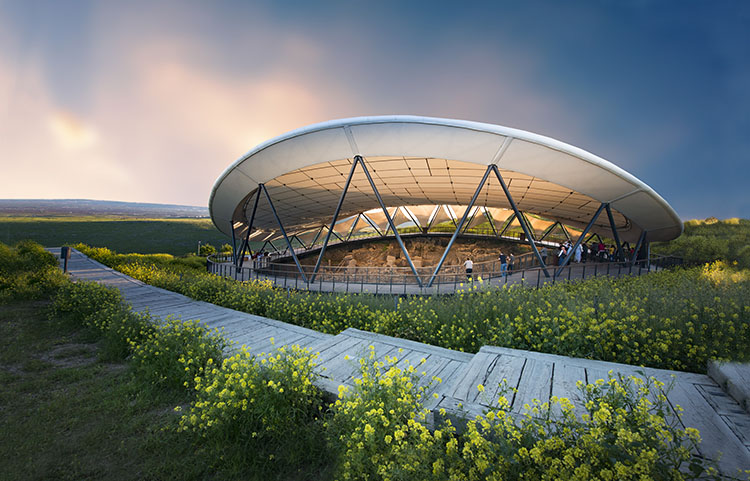 With its history of 12,000 years, Göbeklitepe rewrote human history and it is recognized as the world’s oldest cult center ever discovered. Situated in the province of Urfa in southeastern Türkiye, Göbeklitepe was designated as a UNESCO World Heritage Site in 2018 with its amazing monumental architecture. Göbeklitepe changed most of what we knew about the Neolithic Age with the host of information it offered documenting the life of hunter-gatherers, transition into agriculture and animal husbandry, temple architecture and the birth of art. The most interesting findings also included the T-shaped monumental pillars that are as tall as 6 meters and weigh up to 40 tons. Many of the pillars feature human, animal or abstract symbols while some have embossed animal figures. The oldest temple ever discovered in the history of humanity, Göbeklitepe virtual museum tour offers an unparalleled window into time for those who have never been to Göbeklitepe before as well as allowing for a closer look at the T-shaped pillars. In the section titled the Temple, you can tour the temple on the platform and effortlessly explore the area. 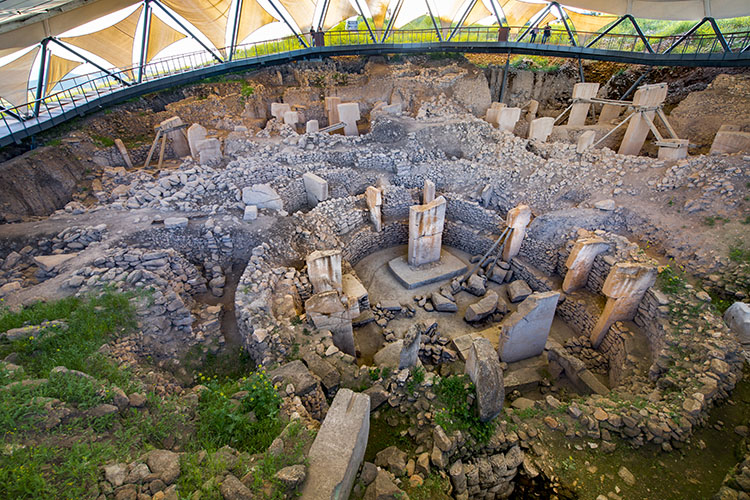 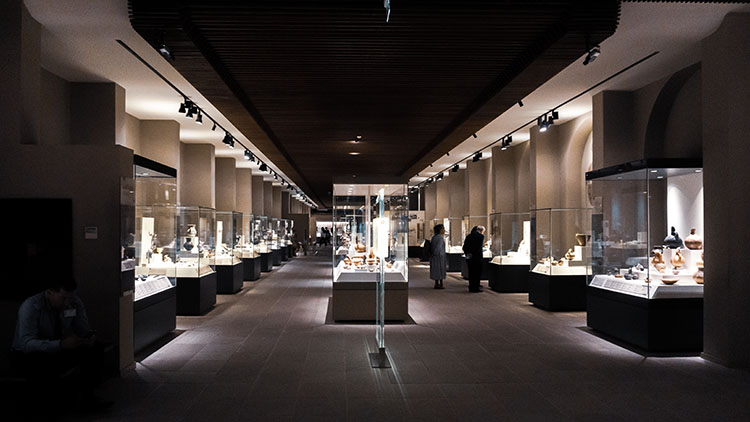 Situated in the capital of Türkiye, Ankara, the Anatolian Civilizations Museum is comprised of two historic buildings, which are home to unique works in Anatolia since the Paleolithic Age. The museum underwent renovation in 2014 offering nothing short of a journey in time through its virtual tours, animations and replicas of the T-shaped pillars of Göbeklitepe as well as other artifacts. Selected the ‘Museum of the Year’ in 1997, it is among the world’s foremost museums with its unique collections. The upper hall hosts Paleolithic Age, Chalcolithic Age, Early Bronze Age, Assyrian Trade Colonies, Early Hittite and Hittite Empire, Phrygian Kingdom, Late Hittite Kingdom, Urartu Kingdom exhibits while the Anatolia through the ages and classical eras exhibits are available in the lower hall. 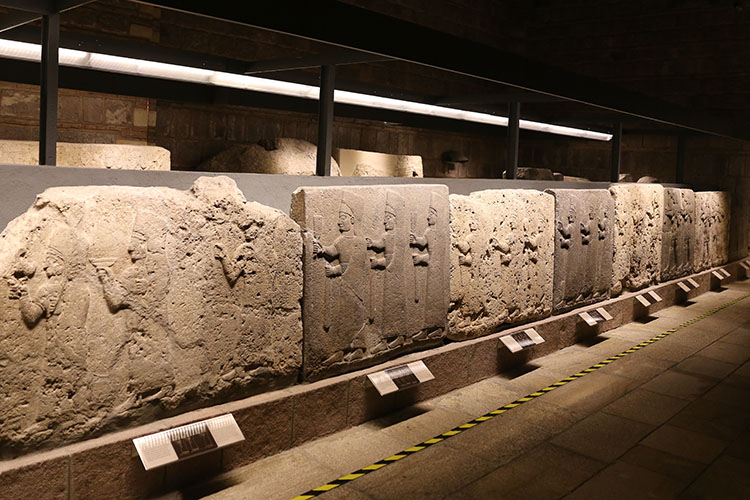 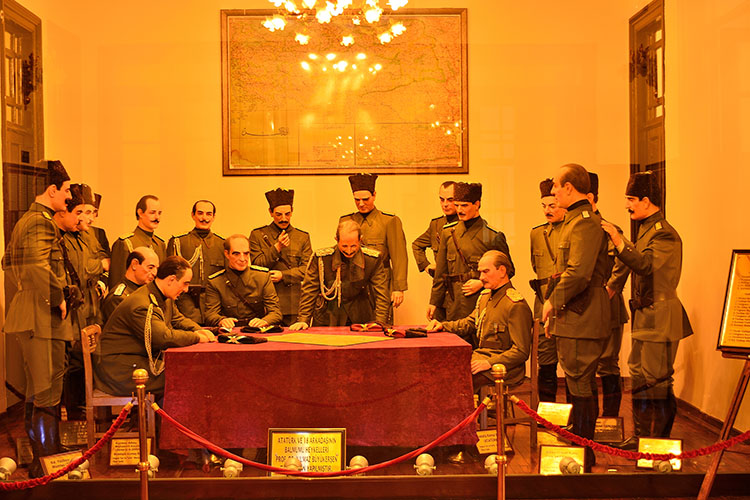 Built in 1902 by Jean Ionnis Mantika as a hotel in the city of Samsun on the Black Sea coastline, this building was named after the fact that Mustafa Kemal Atatürk stayed here when he came to Samsun in May 1919. This event marked the beginning of Türkiye’s struggle for liberation and elevated to historical importance the building, which was then given as a gift to Mustafa Kemal Atatürk by the people of Samsun on 12 June 1926. The upper hall of the museum, which features 191 items, also exhibits the wax sculptures of the 18 comrades of Atatürk that set foot in Samsun on 19 May 1919 together with him.

Situated in the capital, when the Ankara Republic Museum was launched, it was serving as the building of the second Grand National Assembly of Türkiye. The museum was devoted to the youth of the Republic as it witnessed the birth of Atatürk’s principles and reforms and the multiparty system. On exhibit at the museum are photographs depicting the terms of the first three presidents, personal effects of the presidents, and the resolutions and laws adopted by the parliament of the time. 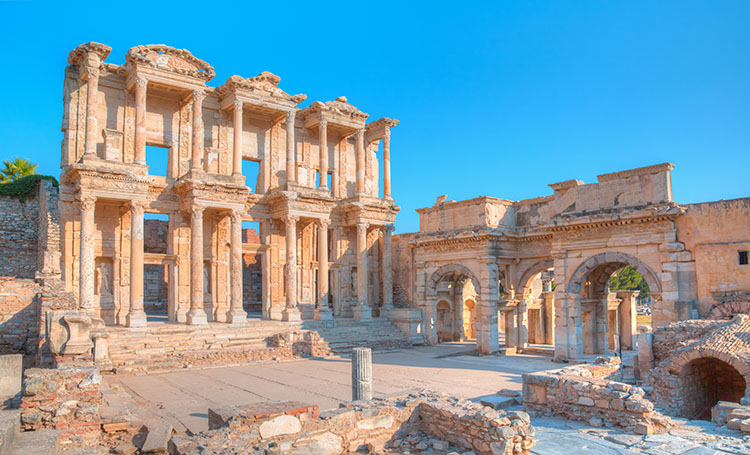 One of the most important museums in Türkiye with countless cultural activities organized and high visitor capacity, the Ephesus Museum’s most conspicuous artifacts include the Ephesus Artemis statue, Eros riding a dolphin, Eros holding a hare, head of Eros, figurine of Priapus, marble Artemis statue, Egyptian priest statue, Isis statue, sculptures of various mythological gods and head of Socrates. Exhibited in the bazaar section in the courtyard of the museum are the commercial life in the old Anatolian towns and various handicraft works that are now fading into oblivion. In a separate section of the museum are gold, silver and copper coins and jewelry over a vast period ranging from the Antiquity to the Ottoman era. 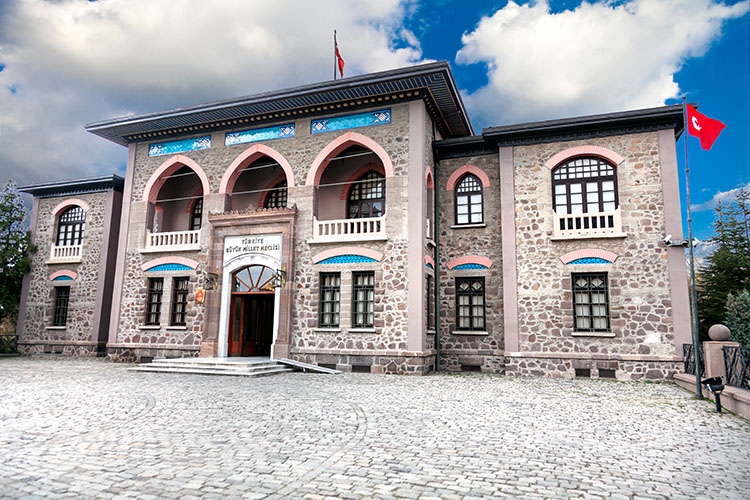 The Ankara War of Independence Museum building housed the Grand National Assembly of Türkiye from 1920 to 1924 before its transfer to the Ministry of National Education in 1952. In 1957, it was decided that the building would be converted into a museum and was opened to visitors in 1961 as the “Grand National Assembly Museum.” The Ankara War of Independence Museum, which will particularly appeal those interested in the history of the period, also features documents, arms and paintings from the War of Independence in its halls as well as the Cabinet Room, Presence Chamber, First Parliament Hall, and the Chambers of the Speaker of the Assembly. 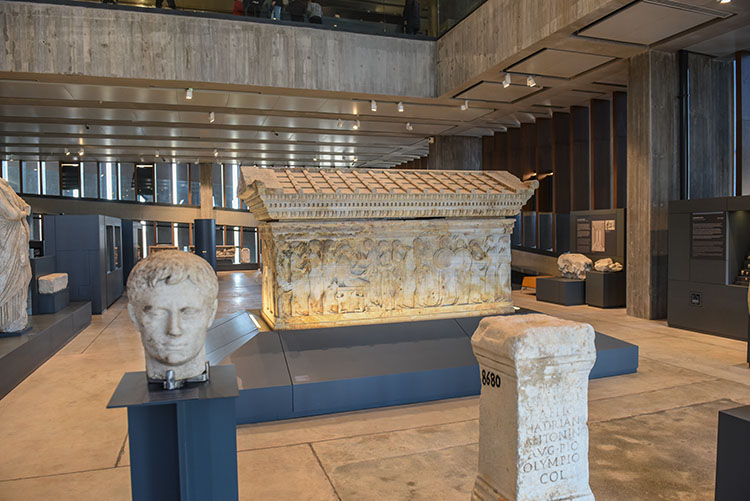 Covering a total area of 90,000 square meters spread across three stories, the Troy Museum recreates a story divided into seven parts. Troy, which made its mark in the Alexandria Troas region, which came down in history with Homer’s Iliad, and life and archaeological history of its cultures are explained through the artifacts recovered from the excavations. Archaeology of the Toras Region, Troy’s Bronze Age, The Iliad and the War of Troy, Troas and Ilion in Antiquity, Eastern Rome and Ottoman Period, History of Archaeology, Traces of Troy. Thanks to the virtual tour, which offers a mysterious journey among the treasures, sculptures, and sarcophagi from various periods, you will witness history. 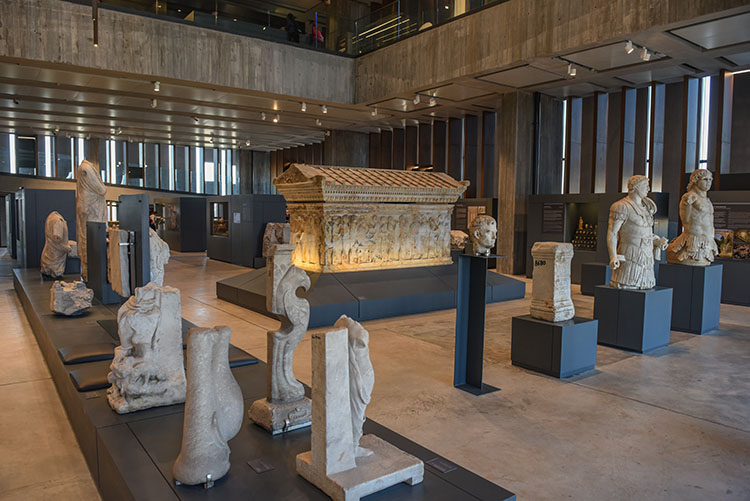 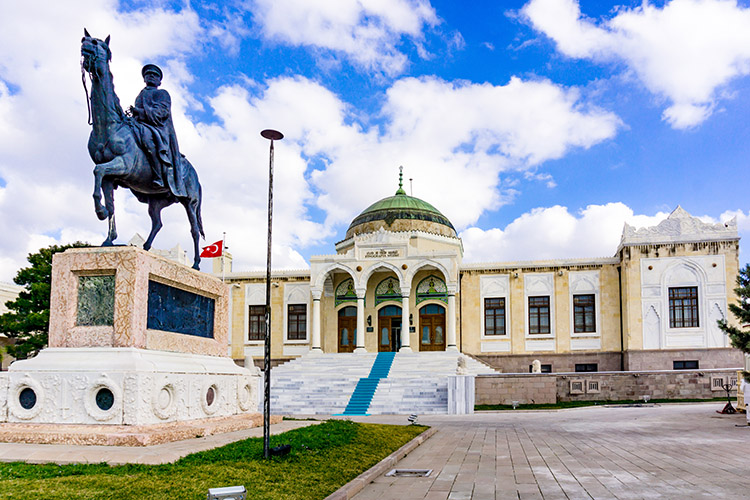 Ethnography Museum of Ankara is yet another museum that will draw the attention of history buffs. Boasting conspicuous pieces of Turkish art from the Seljuk era to date, the museum offers samples of national costumes, ornaments, footwear, towels, bundles as well as carpets and tapestries from various regions. Featuring a vast collection including Ottoman Period bows, arrows, flintlock pistols, muskets, swords, yataghans, Turkish tiles and Kütahya tiles, and items pertaining to Sufism and cults, the museum may be visited through the virtual tour offered by the Ministry of Culture and Tourism