Türkiye harbors countless possibilities for trekking enthusiasts. However, certain regions offer trekking lovers an unforgettable experience immersed not only in unmatched natural beauties but also ancient ruins. Here is a selection of Türkiye's most popular trekking itineraries that blend history with nature: 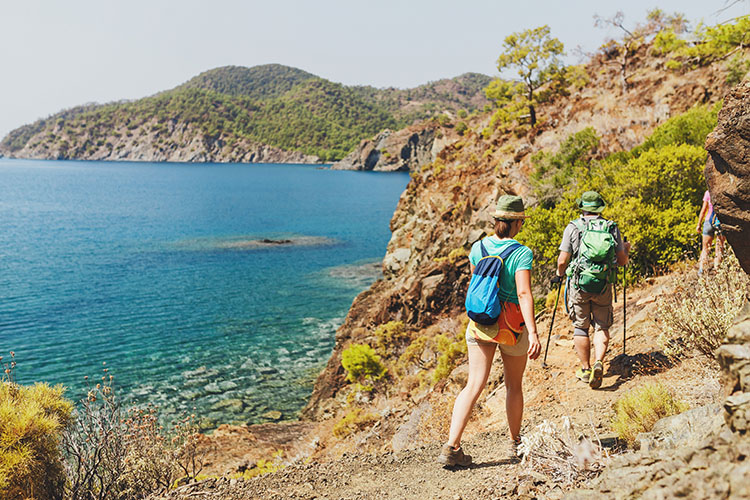 Combining traces of the ancient history of western Anatolia with unique views of sea and nature, the Lycian Way figures among the top trekking routes not only in Türkiye but in the world. The 509-kilometer itinerary which connects Türkiye's two foremost cities in seaside tourism, namely Muğla and Antalya, is one of the 10 longest trekking trails in the world. Also, Türkiye's longest hiking trail marked with the international signage system, the Lycian Way features ancient ruins from Lycians, one of the oldest civilizations in Anatolia, as well as natural beauties that blend the green and blue. The Lycian Way passes through Türkiye's foremost tourism destinations such as Ölüdeniz, Kabak Beach, Yediburunlar, Patara, Kalkan, Kaş, Demre, Finike, and Adrasan. 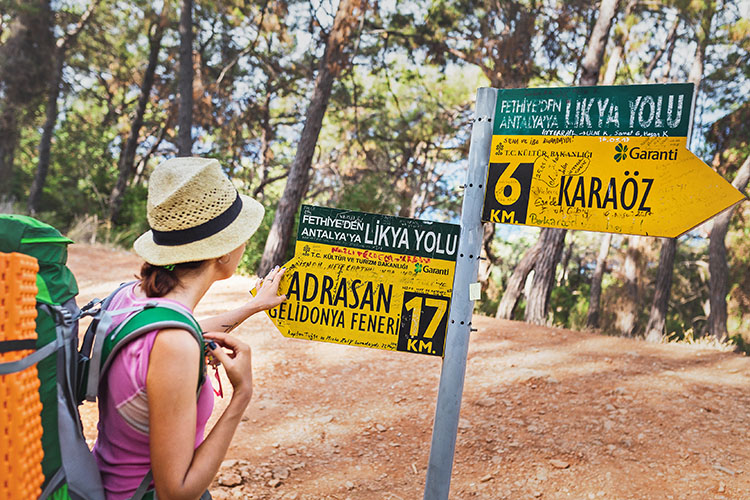 Out of this world: Cappadocia 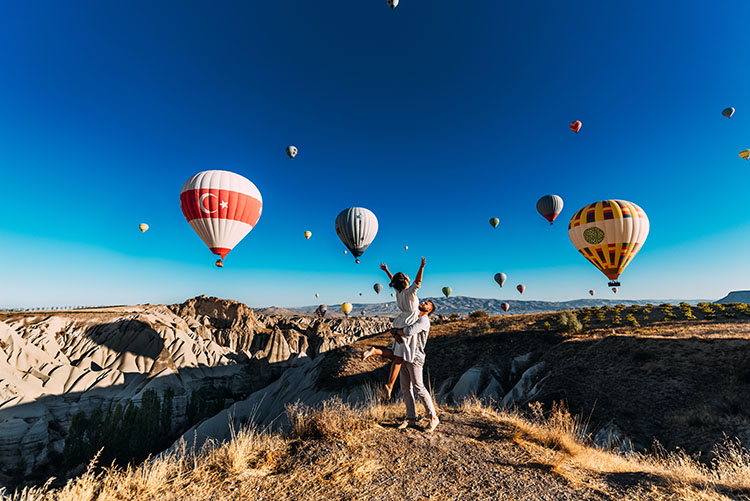 The legacy of volcanic activities that took place millions of years ago, the Cappadocia region is one of Türkiye's most extraordinary trekking trails with its deep tuff valleys, so-called fairy chimneys, and rock-cut settlements that were home to countless civilizations over the millennia. Located in the Central Anatolian Region of Türkiye, Cappadocia spans across a large area in the provinces of Nevşehir, Kayseri, and Aksaray, and offers trekking aficionados numerous itineraries passing through valleys such as Ihlara, Soğanlı, Güvercin, Aşıklar, Kızılçukur, Gül, Bal, Zemi, Keşişler, Devrent, and Avla. While exploring the region, trekking lovers are also recommended to experience the underground cities, rock-cut churches, fairy chimneys, and the memorable balloon tour.

In pursuit of the Super Power of Bronze Age: The Hittite Trail 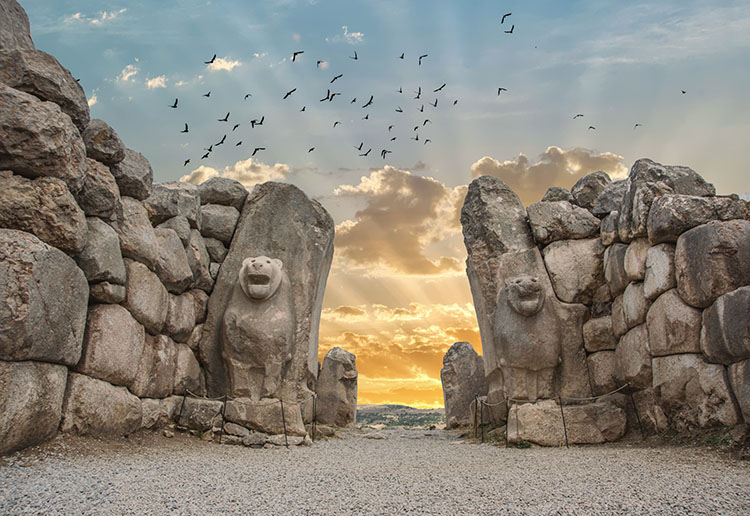 Another important itinerary in Türkiye is the Hittite Trail, named after the Hittites who established their state in BCE 1600s and then became the superpower of the era in upper Mesopotamia and Anatolia. Located in Central Anatolia, the Hittite Trail connects millennia-old Hittite cities such as Hattuşaş, Alacahöyük and Şapinuva in Çorum, inviting hikers to travel back in history. The Hittite Trial includes daily itineraries ranging in length from 2 to 18 kilometers, and six longer trekking itineraries between 23 to 87 kilometers, as well as six bicycle routes from 32 to 103 kilometers. The Karakaya- Alacahöyük stage and the 11-kilometer İskilip Elmalı Valley stage running along the Köroğlu Mountains are marked by breathtaking views.

Discovering the amazing views of Kazdağları 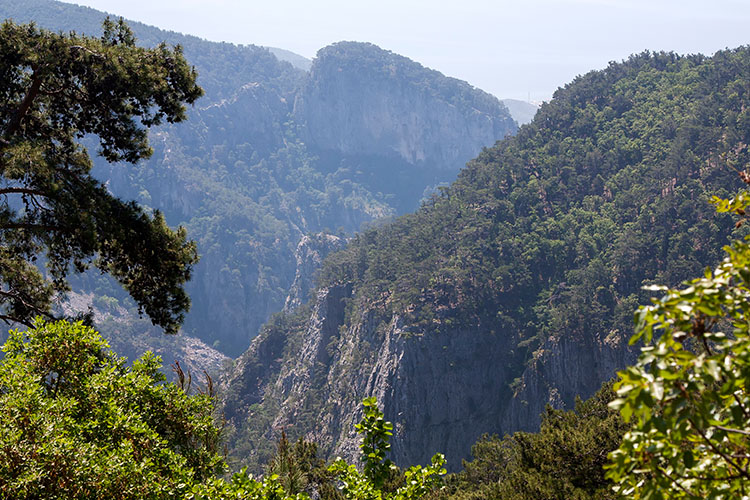 According to mythology, Kazdağları is the birthplace of Zeus and the spot where he watched the famous Trojan War and is also known as the site of history's first beauty contest featuring Hera, Aphrodite, and Athena. 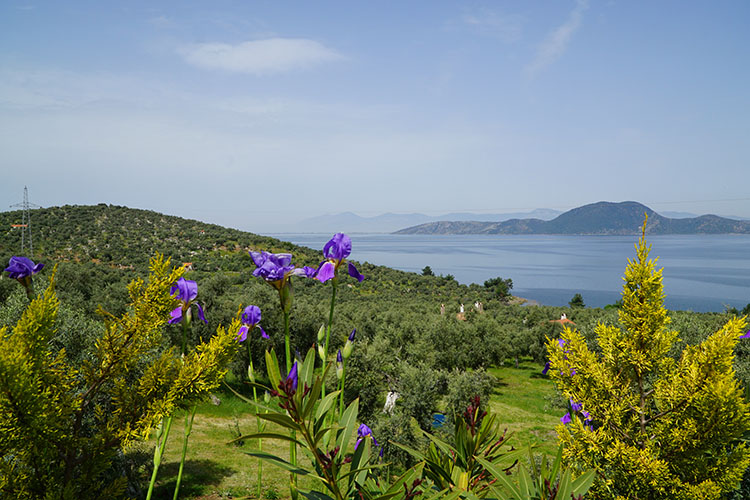 Situated in the vicinity of Beşparmak (Latmos) Mountains in the Aegean Region, Bafa Lake is the most important water source of the area that was home to numerous civilizations over the course of history. Kapıkırı Village on its shores is built upon the ruins of Hereklia, which was the administrative center of the area in ancient times. There are numerous trekking trails around the lake or passing through the ancient sites located in nearby villages. The ancient path used today by villagers of Kapıkırı connects the ancient cities of Myus and Alinda. The ancient paving stones of this road are still intact. There are also numerous trails on the foothills of Latmos Mountain, and experts suggest that the path leading to the Monastery of Yediler is the most scenic and least challenging among these.