Seven Churches of Revelation in Türkiye

The Seven Churches of Revelation are ancient churches that St John wrote about in the Bible. Each church received a letter calling them to repent for their sins and correct their current course. When the letters to the churches were sent, there were active Christian communities in each of the towns. Today, though some remnants of these ancient cities and their churches remain, others have merged with the modern Turkish cities that now dot the landscape.

According to legend, the 7 churches were all on a well-worn trade route, each church received a specific message, to be delivered to the congregation. The first church was located at Ephesus, the first stop along the trade route, followed by Smyrna, now İzmir, then the great city of Pergamon, then Thyatira, wealthy Sardis, Philadelphia and finally Laodicea, near modern-day Denizli. The messages were distributed in order, allowing them to circulate throughout the Christian community of the age. The letters were intended to correct the ills of the churches in each city and are still a point of interest and pilgrimage for Chistian communities today.

Because of the proximity of the churches, it is easy to see them over a weekend trip, but why not take the time to explore the region more fully? The Aegean has many treasures waiting for you to discover! 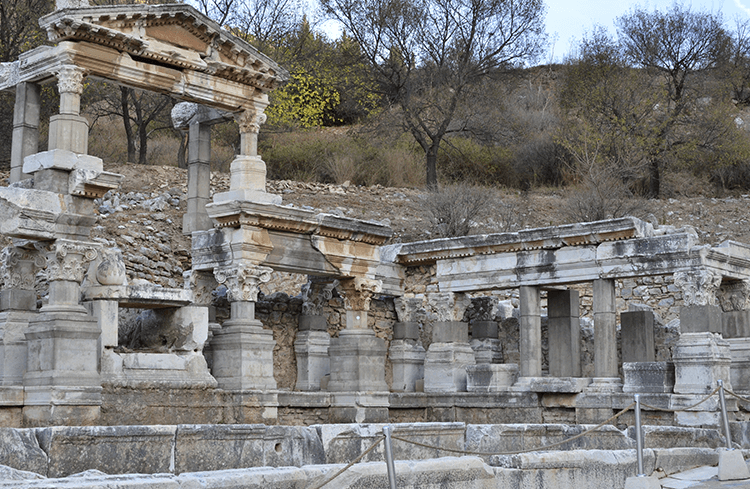 The first church is in Ephesus, where St John lived. Because Ephesus was an important Roman city, the Church congregation here is believed to have been quite strong, with Christianity eventually becoming the city’s chief religion. Today, visitors can enjoy taking in the sites of the Roman city and key sites of Christian history. Mary’s house and the tomb of St. John are key sites of interest, St Mary is believed to have lived out her days here before being buried in the Church of Mary. 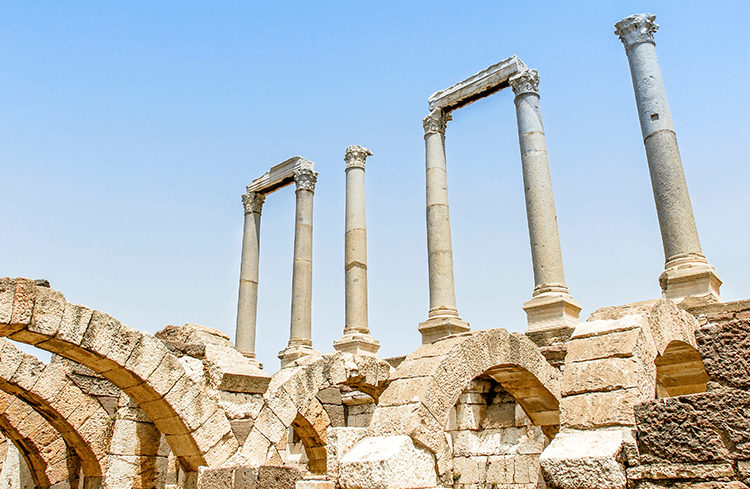 Smyrna in ancient times was a very wealthy and powerful city, indeed it vied with Ephesus and Pergamon for influence in the region. Today, Smyrna is located within modern-day İzmir, a city that has almost continuously been inhabited for centuries. The ancient city of Smyrna was largely absorbed into the city and, as such, there are remnants of ancient life throughout. The most important historical structure is the Agora, one of the best-preserved structures of ancient Ionia. Christianity in Smyrna is thought to have developed out of the large Jewish population that used to live in the area, as people defected from Judaism and were baptised in the Christian faith. 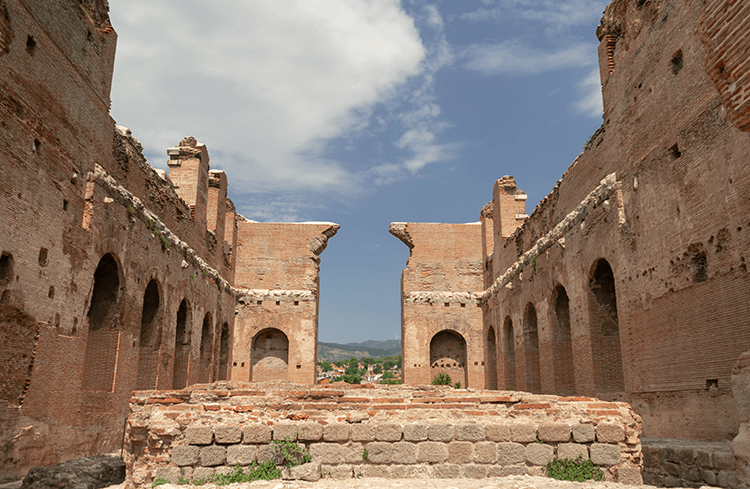 Pergamon is one of Türkiye’s most interesting and visited ancient sites. Dating as far back as the Archaic Period, the surviving structures include the Theatre, the Temples of Athena and Dionysus and the Gymnasium. Pergamon was a large city, significant in both political and commercial arenas, citizens would have enjoyed full, busy lives. Christianity in Pergamon was at odds with the city’s strong belief and history of worship of Pagan Gods. This clash of the Christian and the Pagan is something that the letter to the Church addressed, praising those who held fast in their Christian faith and admonishing those who persisted in the worship of pagan Gods. 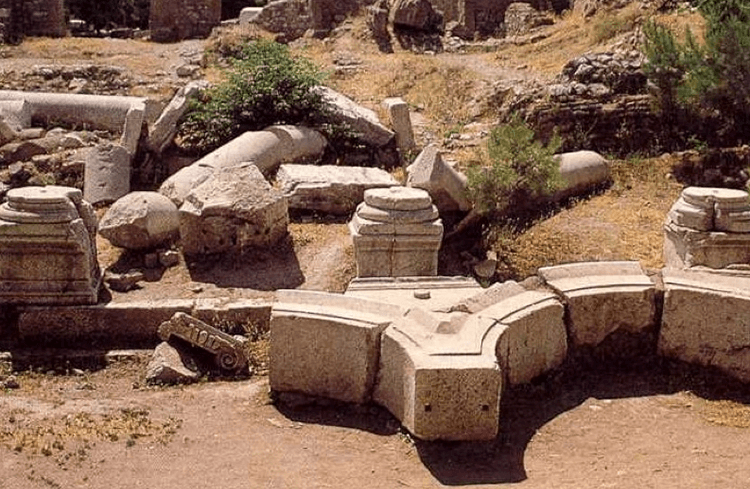 The fourth Church, ancient Thyatira now lies within Akhisar. Once a city famed for bronze work and weaving, this modern city is now one of Türkiye’s largest tobacco and olive oil growing regions. The ancient church featured in the book of revelations may be found in modern Akhisar’s Ulu Cami (Great Mosque). The building is a former Byzantine church that was converted following the Ottoman conquest of the region. The Church of Thyatira was told to persist in their beliefs, despite the lack of a strong church in the city. Today there are few suggestions that Christianity once thrived in the region. 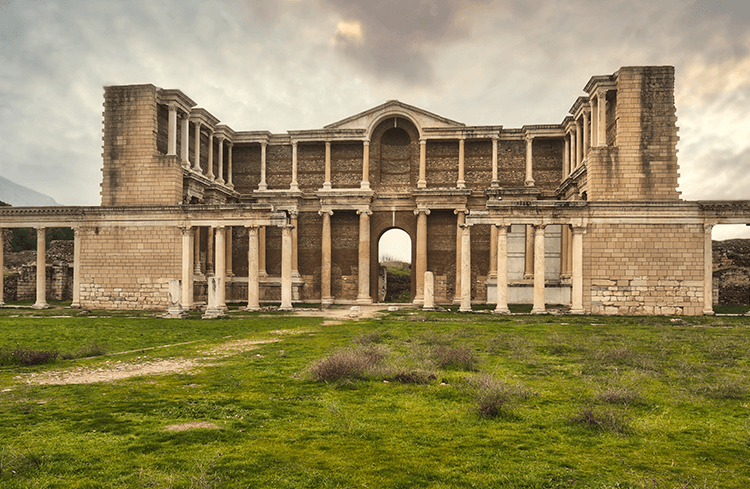 Sardis was one of the wealthiest Roman cities in the area. Home to a significant Jewish population, Sardis was a bustling city important to the growth of the Church in the area. Once a thriving trade centre, Sardis today features the remains of the Temple of Artemis, a Jewish synagogue, a Byzantine church and evidence of daily Roman life. Sardis is a smaller site but definitely worth the time to explore. 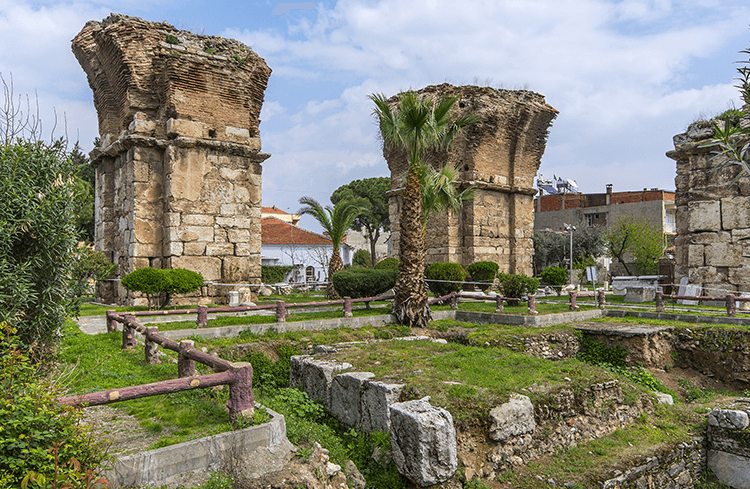 Philadelphia was a thriving city under Roman rule. Modern-day Alasehir (God’s City) is a titular see of the Roman Catholic Church. Artefacts from Alasehir’s colourful past are found throughout the city. The Church of St John and the St Jean Church are the key remaining Christian sites in the city. 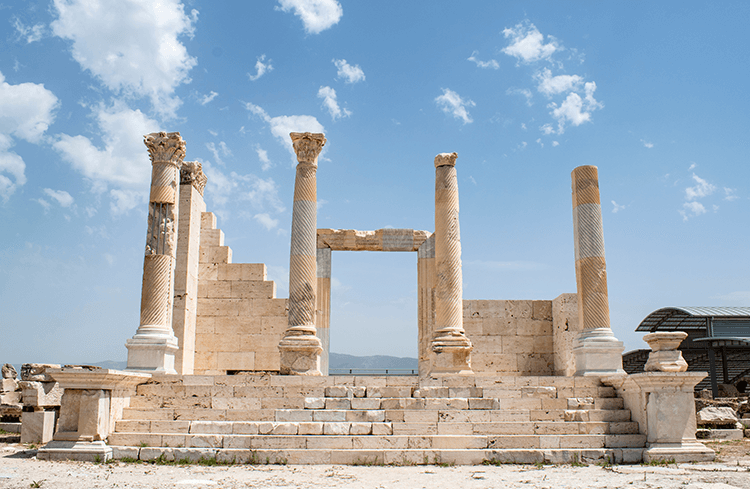 Laodicea was, in ancient times, a key city in the area. Important for trade and as an important Christian site, Laodicea lies a few hours to the north of modern Denizli. The city was ruined many times by earthquakes, before ultimately being abandoned. Now, excavation and restoration projects are being carefully carried out, revealing the history and importance of the site. The reconstructed Basilicas feature intricate mosaics and are sure to delight visitors and are most definitely worth the time to explore.

The best way to see the Churches of Revelation is to hire a car and trip around the region at your own leisure. The sites, each part of an ancient trade route, are happily situated between the coast and the green interior. Don’t forget to stop by Sirince and sample their delectable fruit wines or dangle your toes in the calcium cliff of Pamukkale!