Patara, in ancient times, was a leading light in the creation of a truly democratic society that had a peaceful coexistence with the city’s natural environment. Patara, blessed as it was in creation by Apollo’s son Patarus, was surely always bound to be a place of inspiration and cooperation. Throughout the ages, the city stood and grew, supported by nature and loved by all who visited.

As one of the most influential seats of the Lycian League, Patara, was a city noted for its democratic rule and its union with nature. The ancient Council House, the Bouleuterion, housed at least twenty-three city-states of the Lycian League, which existed along the Mediterranean coast of Türkiye from about 167 BC until 400 AD. The city established a thriving democracy, utilizing proportional representation, which was unparalleled in the ancient world. Patara relied heavily on the natural world for its continued expansion and endurance. The sea, the river and the verdant forests in the area supported the city in its ambitions, ultimately helping it become an inspiration for cities everywhere, both in the ancient and the modern world.

Perched on the sea, by the mouth of the Xanthos river and surrounded by rolling green hills and valleys, Patara was and remains an idyllic location. The city boasted a natural harbour, and its fate was tightly intertwined to the sea, its tides and currents. These tides brought to Patara great thinkers, leaders and spiritualists of the day, a trend that is continued in today’s Patara, as visitors from all walks of life come to explore the city. As the city became enriched culturally and via trade, its populace likewise flourished and became strong. Supported by the surrounding land, visitors were inspired by the city’s leadership, democratic ideals and its connection to nature. 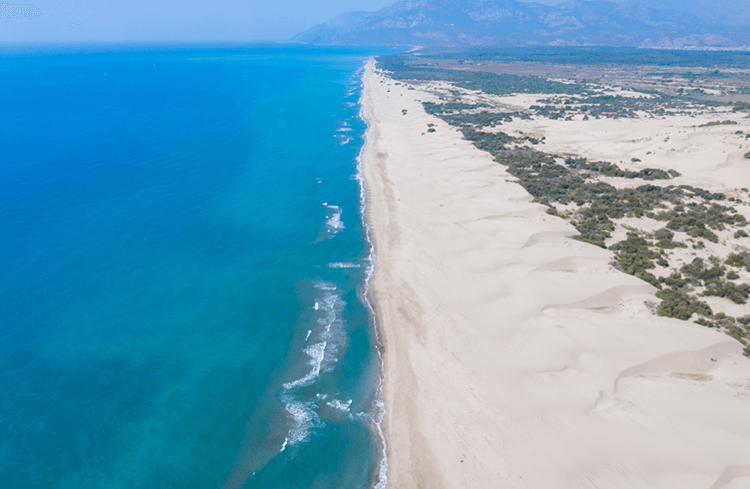 Today, we live in cities that are widely connected by trade and commerce, visitors (whether they be tourists, new locals or old friends and family) all add a particular flavour and enjoyment to our lives. What is missing, however, is a true connection and bond with nature. Reflecting on what the future could be, may mean taking a step back into the past and Patara is the perfect spot to take a moment and think of what is and what can be.

As visitors stroll through the ruins of this ancient city, relics of past lives mingle with the natural surroundings, reminding us that nature is ever present and enduring. While walking along the ancient colonnaded streets, one can imagine the sellers calling out and customers inspecting the wares, while the birdsong cascaded over the valley and the waves crashed to the shore - not a car horn within earshot! Continuing on through the streets, visitors will find thermal baths, filled by mountain springs. In ancient Patara, as at the local hammam, the chance to socialise with neighbours and friends still endures today, only the setting is different. Isn’t it funny to think that, though knowledge and technology have driven us this far forward, our sense of community and the power of community have endured through the ages? 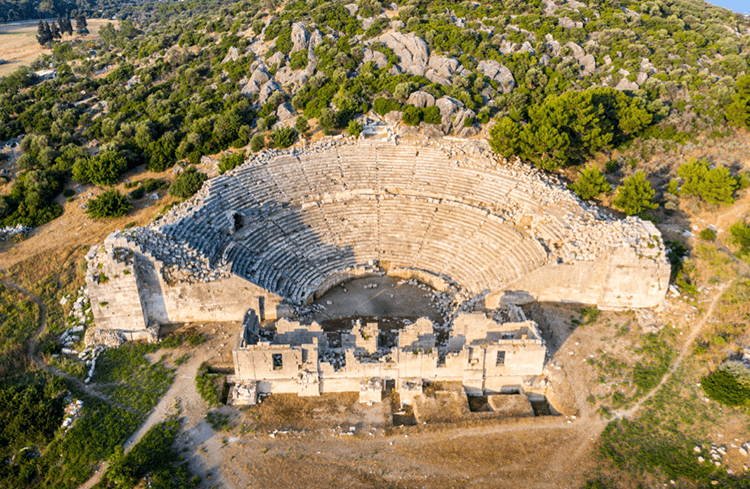 Visitors to Patara will come over roads of grassy paths to the Bouleuterion, where parliament met. With room for at least 1.000 representatives, the Bouleuterion, with its views out over the city to the sea, must have been a place of lively debate. Setting foot here today is both awe-inspiring and somewhat invigorating. Those under Lycian rule created communities that truly flourished and supported one another, working as a city to reach common goals and working together within the region to address issues. We can also see Patara and Lycia praised by Montesquieu; “Were I to give a model of an excellent confederate republic, I should pitch upon that of Lycia.”

Today’s visitors, like the Patarans of old, will be inspired by the close proximity to the natural world. Wandering through the grasses that could have been fields rich with orchards or grains, harvested to fill swollen granaries, still visible today. The rush of the ocean on the breeze will fill visitors with the enormity of the sea, the world and our place in it. Allowing a moment to pause for reflection on the positive impact each person’s life can make on our community and the world around us. One of the world’s oldest lighthouses still stands in Patara, built by Nero in AD 65. The lighthouse is both a testament to our human need for human need for connection and a reflection of natüre on the destiny of mankind. 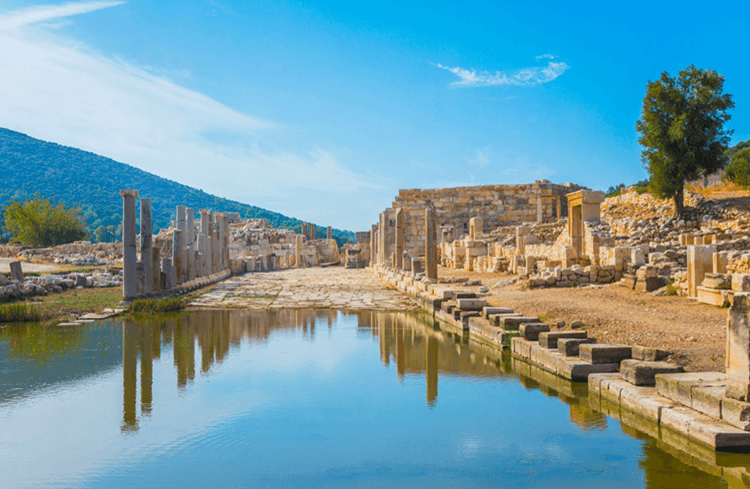 Fuelled, no doubt, by the abundant surroundings, the citizens of Patara learned to grow and prosper into a true democracy. The impact of their peaceful coexistence with each other and the land was an inspiration for other cities along the Mediterranean coast and its legacy continues today. Visitors to Patara today will be inspired by the rich democratic ties to the area, the rich nature that surrounds the city and by the possibility of living once again in true communion with nature.