More Than Kebabs: 5 Turkish Dishes That Vegans Will Love

Turkish cuisine has a number of vegetable dishes and a wide variety. One of the things that makes Turkish cuisine so great is the extent to which it's seasonal. With a few exceptions, almost every dish can only be found in the season in which its primary ingredients are freshest, and requests for a dish out of season are often met with confusion.

The highlights of Turkish vegetarian and vegan cuisine are dolma and sarma, in which just about everything can be stuffed (though of course stuffed vine leaves are most common). The cuisine tends to be olive oil based as well, giving an extra light flavor to so many delicious fresh veggies.

Türkiye has an incredibly varied landscape, from rolling hills to barren dessert to seaside beauty. As a result, it has a wide variety of fresh fruits and vegetables, and they’re all made use of in cooking. Many Turks eat what is essentially "accidentally" a vegan diet, particularly on the Black Sea coast where herbs and vegetables are so common and meat is often considered an expensive delicacy.

But we promised you 5 specific dishes that you can make easily at home, so here they are – 5 delicious Turkish vegan dishes. And one more note for you meat lovers out there – these dishes are excellent even without meat, but if you’re desperate to add some then there are ways to make that happen as well. 😊 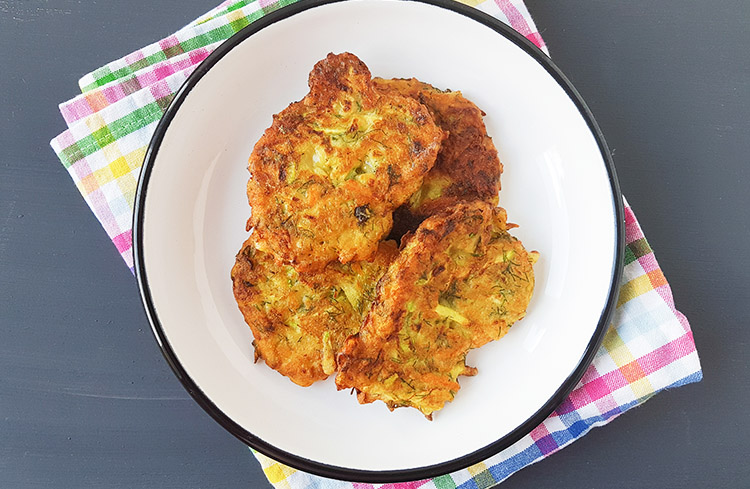 Mücver are zucchini fritters with feta cheese, onion and dill. The zucchini is either shredded or finely chopped and then fried in olive oil, typically with a touch of red pepper flakes sprinkled on top to give it just the lightest hint of a kick to it. Eggs are used in some recipes but are only used to make them stick together more easily, making them without egg is just as easy and doesn’t take away anything from the flavor.

This is one of those dishes where you can make massive portions, so the first few Mücver are devoured right off the rack but as people get full you can wait until they cool down, and some people actually think that mücver is a dish best served cold.

Mücver just means fritters in general, so in some villages they'll be made with carrots or potatoes, but zucchini mücver are certainly the most common and the most classic. 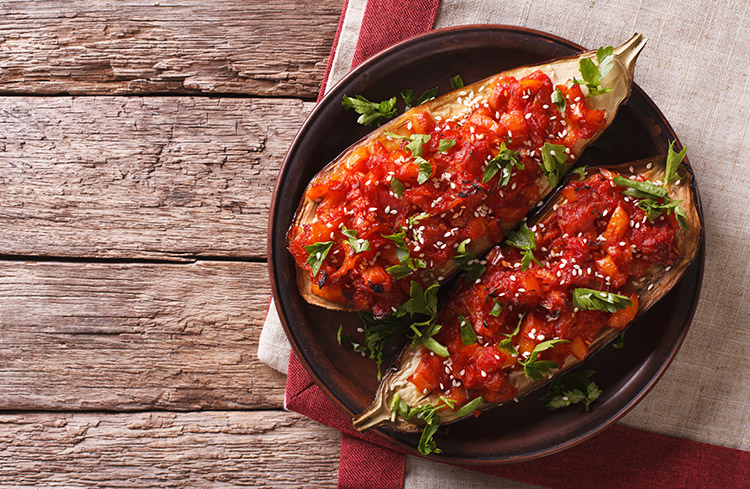 İmambayıldı (the dish's name means literally "the imam fainted") is essentially a large flat eggplant stuffed with all kinds of yummy goodies and drenched in olive oil. The stuffing is an onion and garlic with tomatoes and herbs and spices. The name supposedly comes from an imam, whose wife told him that she'd used all the olive oil for just one dish and he fainted first at the cost of this one dish, and then after trying it he fainted again at how delicious it was! 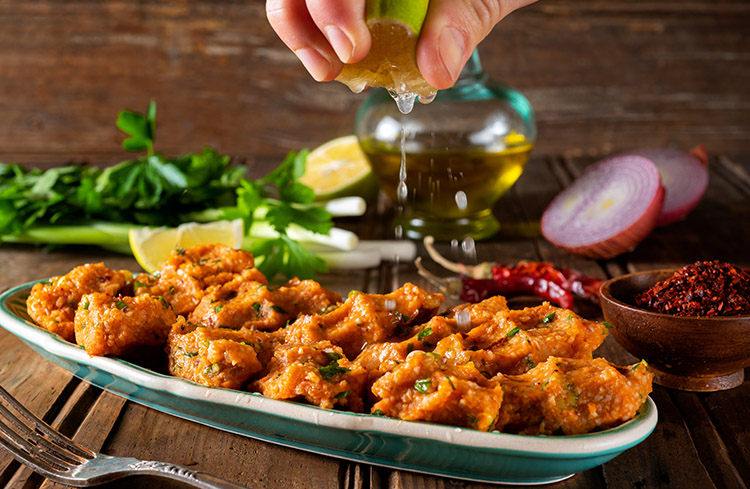 Lentil Köfte, or lentil balls, are made using cooked red lentils and bulgur to form balls and then stuffed with herbs and spices. Different recipes call for rice, onions, currants, and pine nuts, and it's often eaten around a piece of lettuce, cabbage, or vine leaves. Veggies can be thrown in as well, like peppers, zucchini, tomatoes or eggplants. But traditionally it's just a load of herbs and spices with possibly some tomato and pepper paste for a real burst of flavor with every bite. They're a common dish and an excellent source of protein for vegans looking around for something new to try! 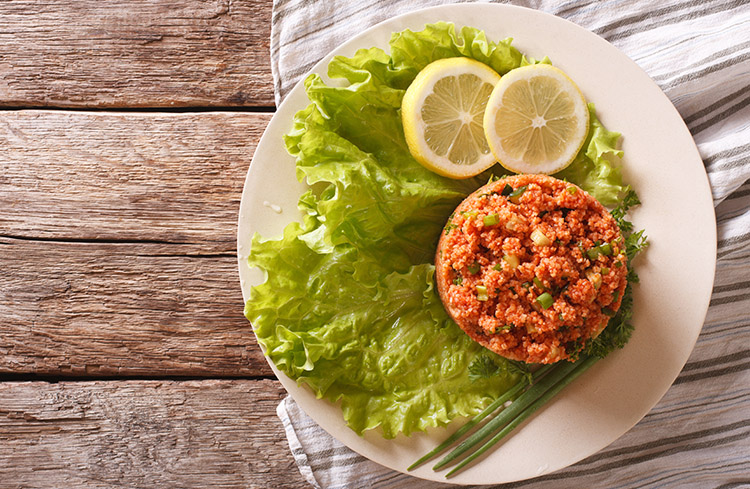 Kısır is a very similar dish to Tabbouleh salad. It's a bulgur-based salad made with tomato paste, finely diced tomatoes, parsely and garlic. Dry onions or spring onions are both fairly common, and so are cucumbers chopped as finely as the tomatoes. Lemon and olive oil are usually used as dressings, though many regions use pomegranate syrup (nar ekşisi). It's a very common food in the regions of Osmaniye, Adana, Mersin, Antalya, Karaman, Konya, Gaziantep, Kilis and Antakya, despite those regions being known often for their meat dishes. It's served often for celebratory occasions and always with a cup of Turkish tea as well. 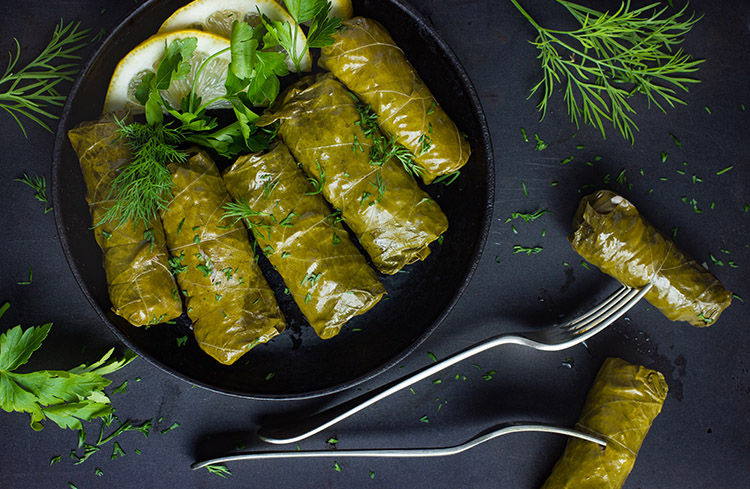 Ok this is the most obvious one on the list but we couldn't not put it on. Vine leaves are usually stuffed using rice, onions, currants and pine nuts. This same essential stuffing can also be used to stuff vegetables. Stuffed peppers, stuffed zucchini, stuffed tomatoes, stuffed eggplant, and stuffed onions are all relatively common and the stuffing is often more or less the same. As rolling out the stuffed vine leaves can be difficult, it's often a rite of passage for children or a bonding experience as all the family gets together and stuffs their food together before devouring the delicious food en masse. :)