Indulge That Sweet Tooth With Every Kind Of Baklava You Can Imagine!

When you get baklava outside of the Middle East or the Balkans, you’re lucky if you can find any more than one variety let alone the kind of variety you find in Türkiye. Here, baklava is hardly a single food item but incorporates many different flavors and everyone will have their favorite that tastes best to them.

The crucial element to all baklava is that it’s made up of layers upon layers of filo dough (classically it’s meant to be 40 layers of filo dough) with chopped nuts and/or other goodies spread out upon each layer, which is then stacked on top of one another and cooked in a syrupy sugar mix of sugar and water, doused regularly so that it never gets too dry.

The name itself is of uncertain etymology, though it may come from Mongolian (from which Turkic languages are derived) meaning “to pile up.” So what kind of baklava is the best? Well we’ll list the varieties and you see which is your favorite! 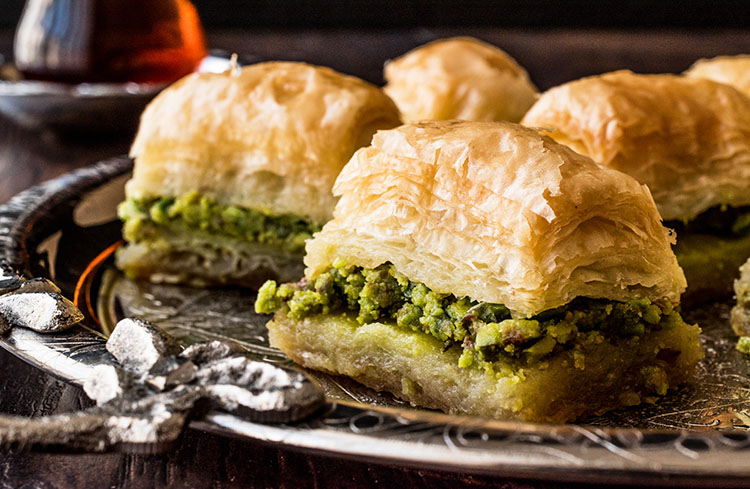 This is the most common in Türkiye, it simply means pistachio baklava. It’s usually cut into squares or small rectangles and sprinkled with pistachio as well as featuring chopped pistachios inside the layers of dough. 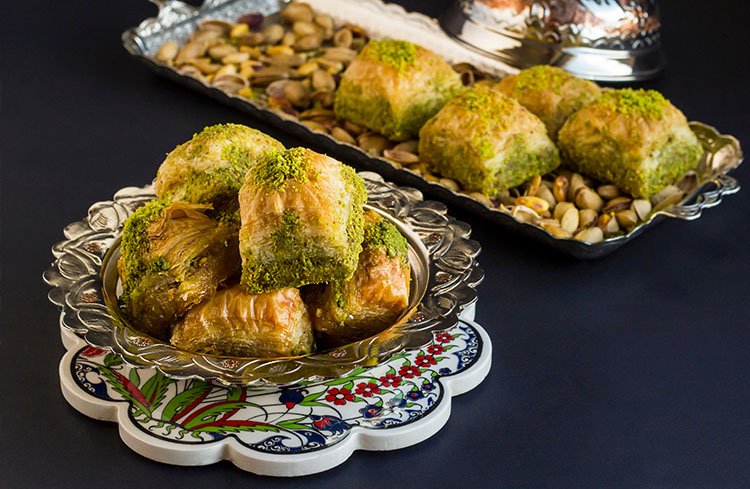 Kuru means dry, and kuru baklava is dry baklava, ie without the syrupy sugar water doused over it. This brings out the flavors of the nuts, and the filo dough itself is already sweet. Rather than being cooked in the watery syrup, instead it’s covered in a thicker syrup which makes the baklava sweeter and drier than normal baklava. It can be made with any nuts, though pistachio is the most common and most popular. 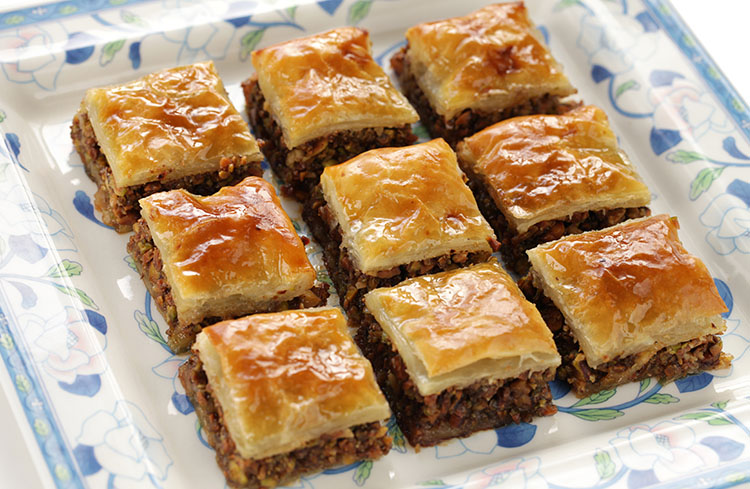 Ceviz means walnuts, so this is simply walnut baklava. As walnuts have a more bitter flavor than pistachio, it’s less sweet than the pistachio and, if you’re ordering more than one variety at once, forms a nice counter-balance to many of the sweeter forms of the dessert. 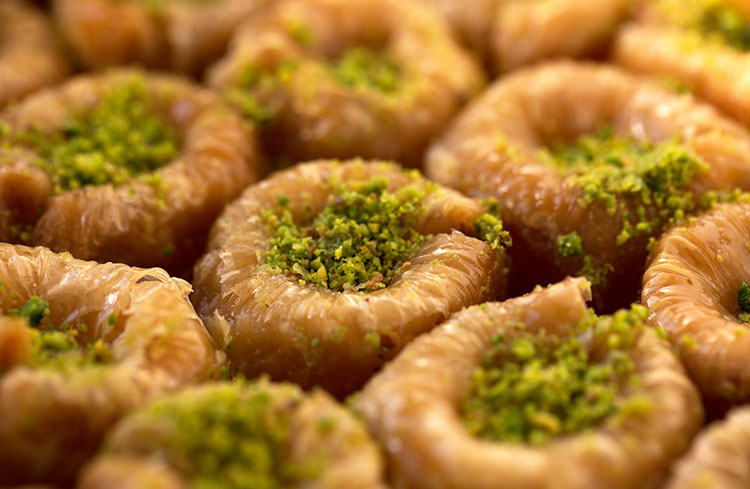 This is a baklava’s whose name literally means "nightingale’s nest" due to the way it looks, with a circular shape and hollow interior. The center is stuffed with pistachios or walnuts and it’s doused in syrupy sugar water. It tends to be a little bit tougher in terms of consistency than other kinds of baklava, and when it’s served with walnuts (which is perhaps most common) it feels almost like a meal rather than a lighter dessert! 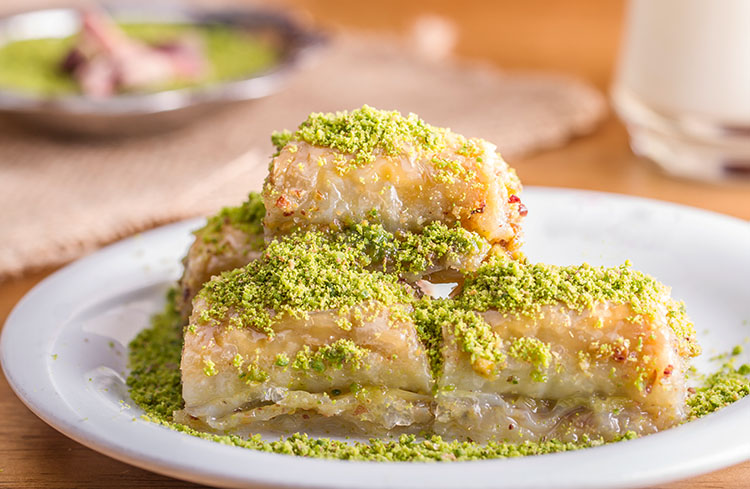 The lightest and wettest of all the baklavas, Sütlü Nuriye is topped with milk rather than a syrup, which gives the baklava a different color and lighter feel. Because it’s made with milk, it goes off more quickly than other types of baklava so much be eaten fresh, but when you get it just out of the oven it’s positively heavenly (which is just as well because it’s name translates to “Milky radiance!”).

These pistachios rolls are perhaps the most decadent of all the baklavas, as it is almost exclusively made up of pistachio and sugar. It’s less sweet than some other baklava, and obviously not made with layers of filo dough. The standard sugar water syrup is still sprinkled on top, and the richness of the pistachio flavor in these rolls is unlike any other dessert in the world. A must try the next time you’re in Türkiye!