Ephesus is one of the largest and most impressive ancient cities in the world and is one of Türkiye’s most significant ancient cities. Its cultural and historical significance was highlighted in its addition to the UNESCO World Heritage Site list in 2015. The remains of the city lie just 80 km inland from the popular seaside city of İzmir and close to the charming towns of Selcuk and Sirince. 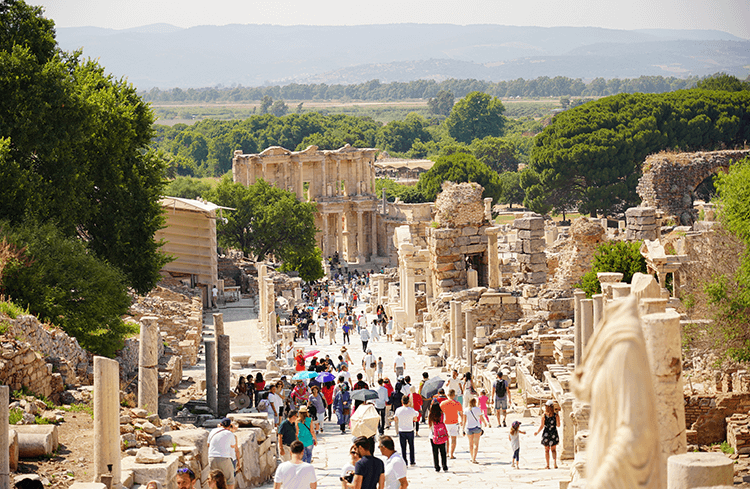 Ephesus has been a city since neolithic times, but it came to full prominence under the Roman Empire, as the capital of Asia Minor. As the second most important city of the Roman Empire, Ephesus grew and prospered. Its populace was largely educated and wealthy, while its buildings were richly decorated and celebrated the interests and the good fortune of its inhabitants. Today, visitors come to see the city’s impressive historical imprint for themselves.

The city came to prominence under the ancient Greeks, who built the famed Temple of Artemis, one of the Seven Wonders of the Ancient World. Though only one column remains of the temple today, it was said to be very grand and impressive indeed.

After ebbs and flows in the city’s fortunes, Ephesus became a city under Roman rule in 133 BC and the Capital of Asia Minor in 27 BC. This is seen as a historical turning point for the city, which truly flourished and became second in importance only to Rome within the vast Roman Empire. 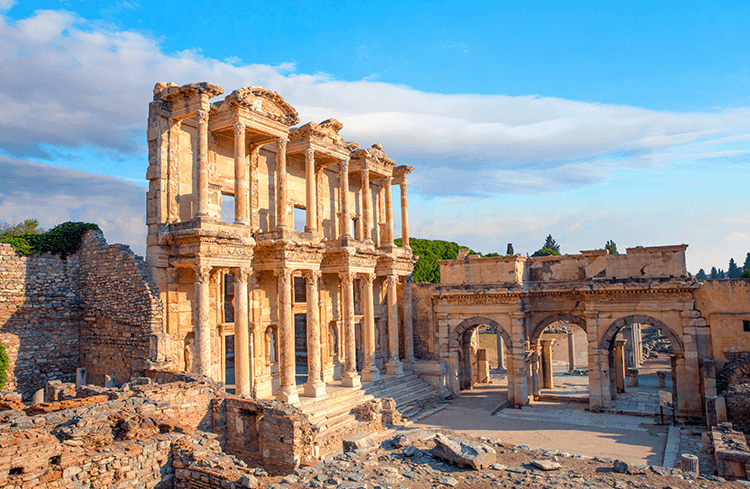 Ephesus is also an important site for Christian history in the region. It was here that St. Paul wrote “First letter to the Corinthians” and St John is said to have written his Gospel. Ephesus is believed to be the final resting place of Mary and one of the most visited sites is St Mary’s Basilica.

Ephesus, one of the biggest and most important Roman cities, is still under excavation and study. Visitors to the site will be truly impressed by the grandeur of the ancient city. 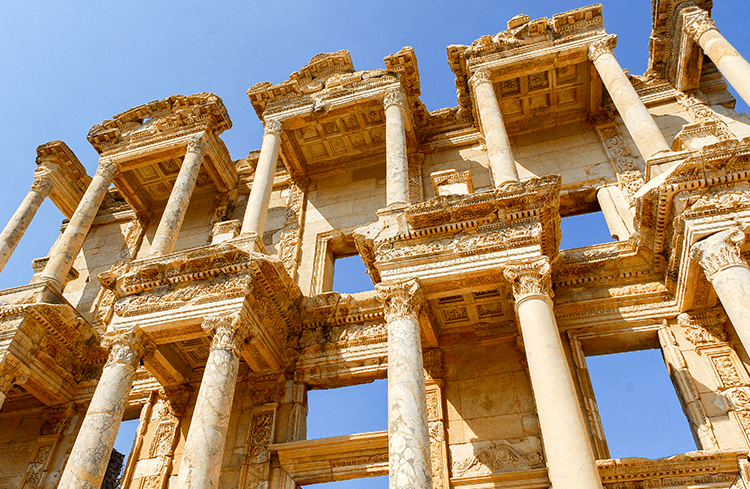 Library of Celsus is one of the most beautiful structures of Ephesus and the facade of the library has been carefully reconstructed from original pieces and looms large over the city. Originally built in 125 AD in memory of Tiberius Julius Celsus Polemaeanus, an Ancient Greek who served as governor of Roman Asia 105–107 AD in the Roman Empire. Celsus paid for the construction of the library with his own personal wealth and is buried in a sarcophagus beneath it. 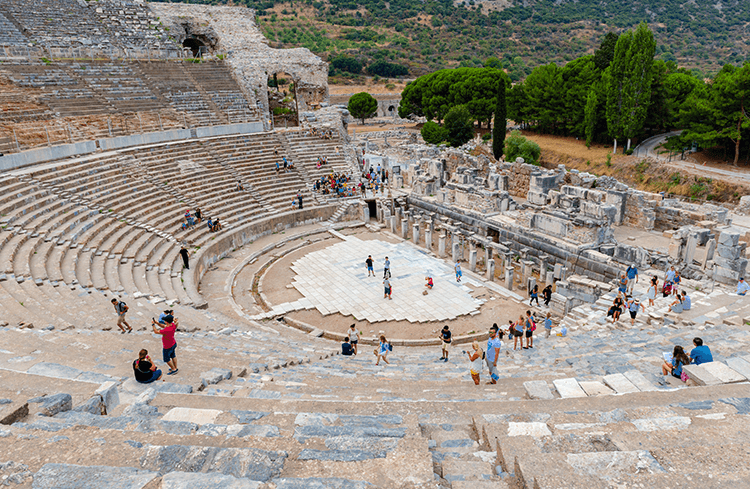 The impressive open air amphitheatre with a capacity of 25.000 is believed to be the largest in the ancient world. Initially used for dramatic performances, there are evidences that it was later used for gladiatorial fights. 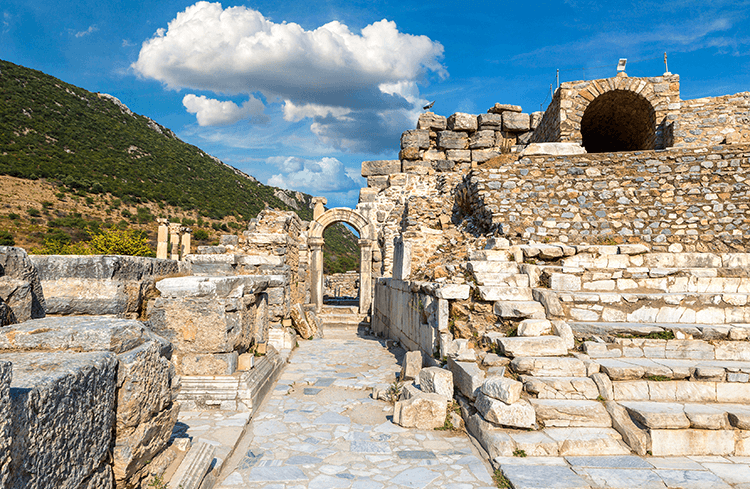 The Odeon which was constructed around 150 AD by Publius Vedius Antoninus and his wife is a small roofed theatre and one of the finest architectural wonders of ancient Athens. The Odeon hosted plays and concerts and had seating for an estimated 1.500. The structure features Corinthian-style pillars made of red granite and you can still see the steps leading up to the stage. 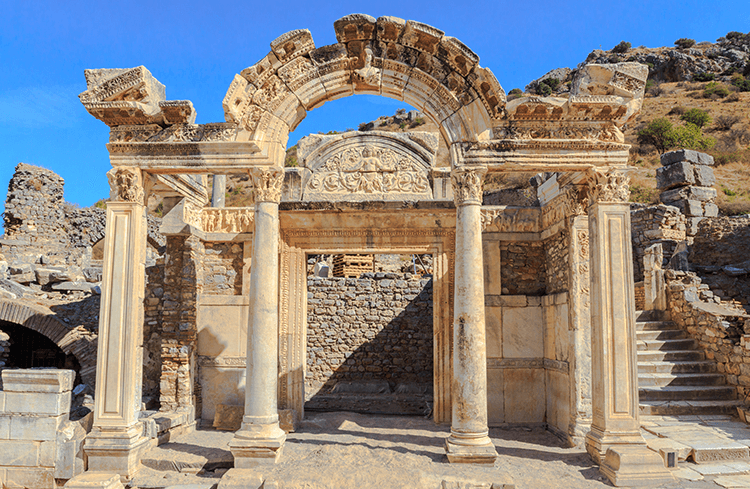 The Temple of Hadrian dates back to the 2nd Century, underwent repairs in the 4th Century and was ultimately recreated from surviving architectural fragments into what we see today. The originals are housed in the Ephesus Archaeological Museum. 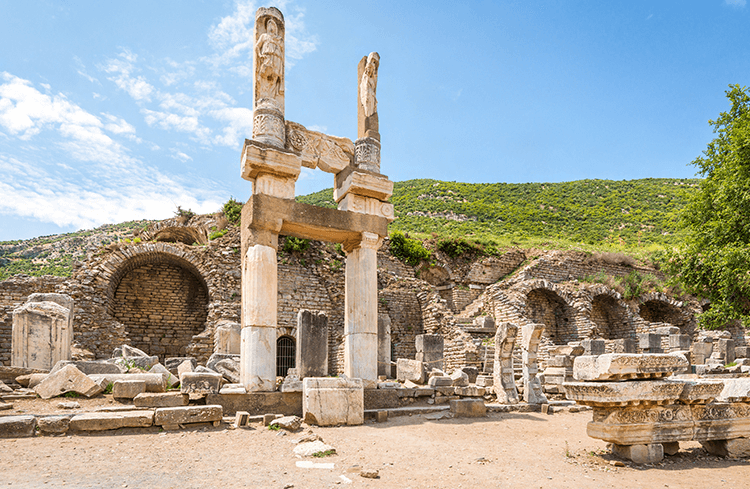 The Temple of the Sebastoi

Also called the Temple of Domitian, this temple was dedicated to the Flavian dynasty and was one of the largest in the city. The Temple was first dedicated to Domitian, after the Emperor, but later re-dedicated the Temple to Vespasian, Domitian’s father. Today, the stairs are still visible, hinting at the grandeur of the structure. 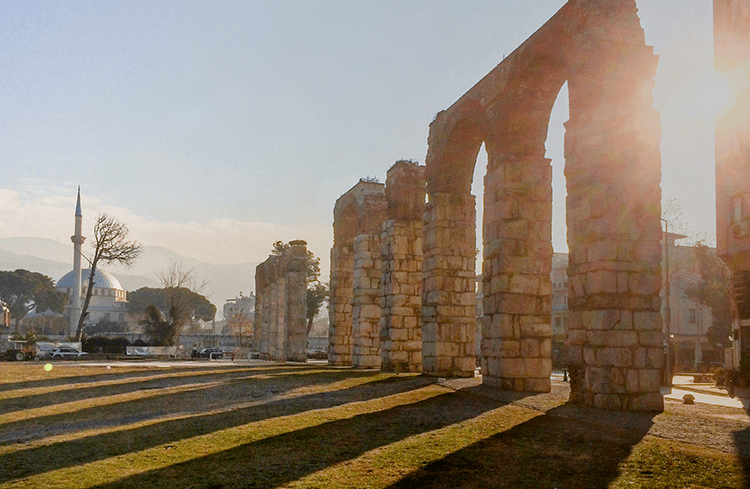 Ephesus had one of the most advanced aqueduct systems in the ancient world. At least 6 aqueducts of various sizes supplied different areas of the city, including water mills, a saw mill and of course, a number of bath complexes. 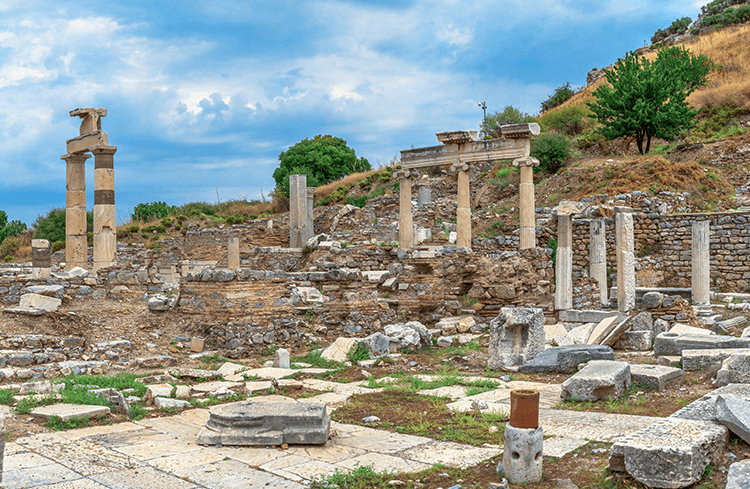 As a wealthy city, Ephesus had a number of agoras, some for daily wares and others for grander matters of state. Throughout the site you will find many agoras, carefully restored and reconstructed. 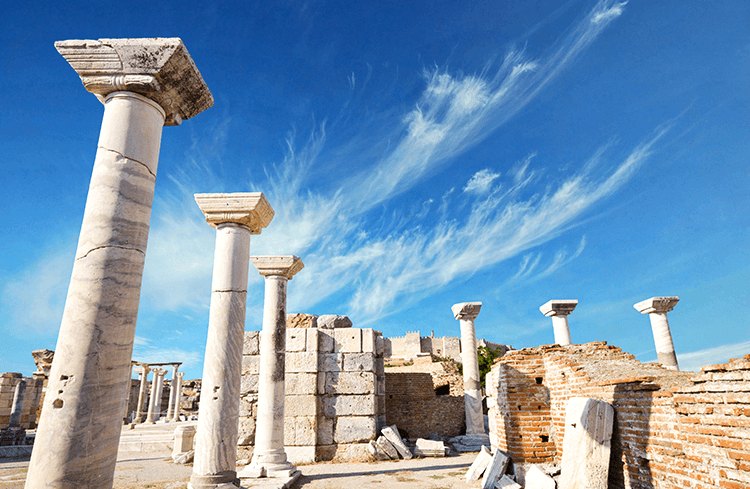 This Basilica was built in the 6th Century AD by Emperor Justinian I. Now, close to the town of Selcuk, this ancient church is said to have been built over St John’s tomb.

These are a mere smattering of the sights to be found amongst the many treasures of Ephesus. Discover your favourite sight today!