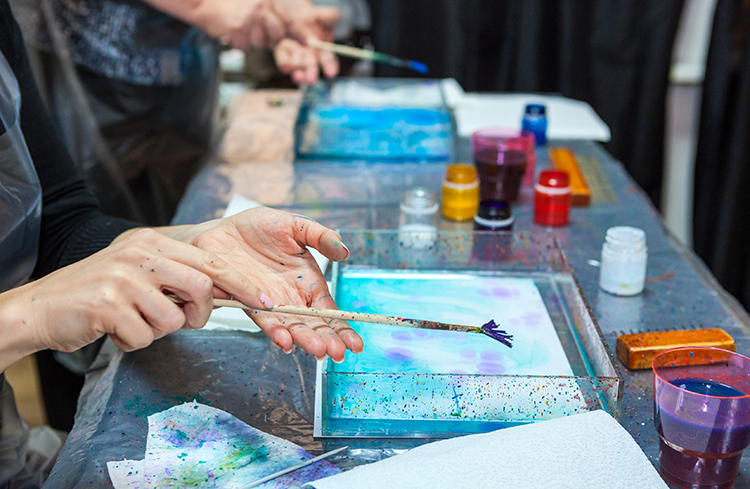 The dance of vivid colours and colourful patterns creates art of marbling which clearly represents Türkiye. In the 13th century, the first forms of Ebru emerged in Central Asia and spread to Anatolia through. Different cultures created many different eclectic structures and Turkish calligraphers were among the artists who created new forms and perfected techniques. In the art of marbling, dozens of different colours and different variations are synthesized and a magic harmony is achieved, as if colour pigments are dancing with each other on the water. 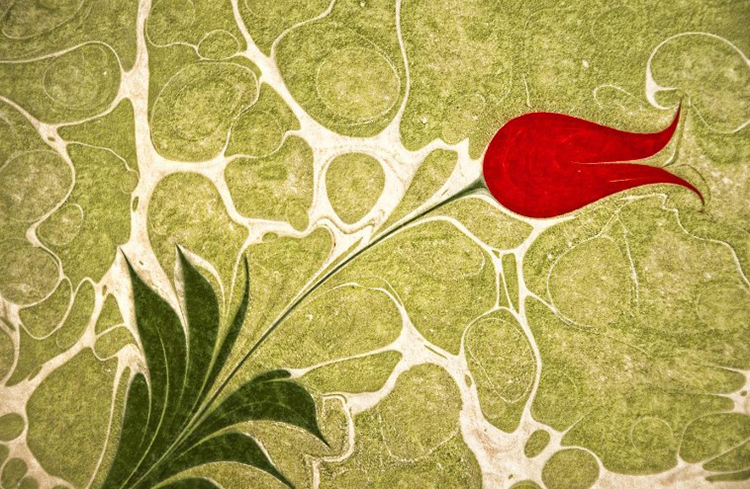 Marbling is technically called an art of decoration, which is made by passing patterns and shapes created with specially prepared paints on paper through condensed water. Although marbling is one of the most important paper decoration arts of Central Asia and Anatolia, it is not known exactly when it first appeared and applied. It is said that the oldest example in history was found in the 1500s. 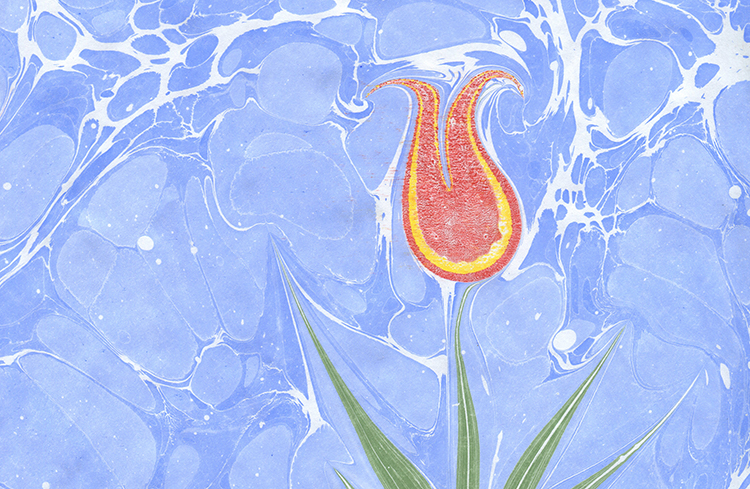 A rectangular, large and flat container is set for the application. The tragacanth, which is a kind of white coloured gum, is mixed in a bowl with a certain amount of water. This mixture is kept for about 12 hours, while mixing occasionally. Meanwhile, edible bovine (bile), which stretches the surface and contains bile acids, is used to spread the paints on the water without allowing them to settle. Optionally, if the paint is desired to spread much more in the water, more bile is added.

After the mixture of tragacanth and water is kept for a sufficient amount of time, the trapped water is poured from a thick cloth bag into the container where the original marbling will be made. Now art comes into play right here! 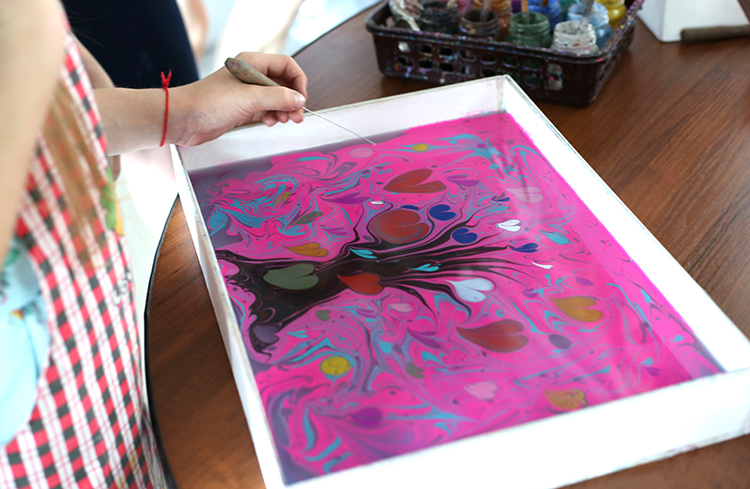 With the help of a brush specially made from horsetail, paint is dripped into the water and in to the container. Depending on the amount of bile in them, the paints are spread out in the water. The bile allows paints to spread without mixing; but how much spreading will be done is down to the Ebru artist. When the motifs and shapes reach the desired result in the container, the paper to be marbled is slowly deposited into the water from the right and left.

Approximately 20 seconds later, the embroidery on the water passes on the paper and the artist grabs the paper from the corners and leaves it to dry on the side in the shade. Now the artwork is ready! 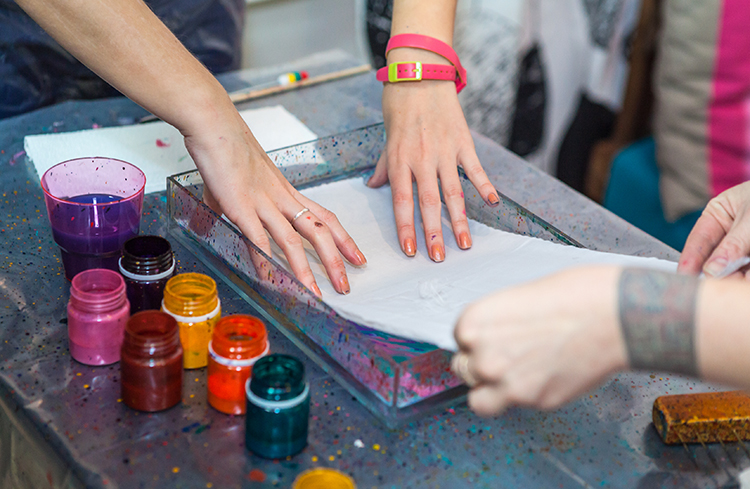 Different countries, cultures, individuals and their experiences have always contributed to the development of this branch of art. Anatolian lands are one of the geographies that provide the most diversity to this development. One of the characteristic features of marbling is to reveal the artist's deepest feelings and creativity in a way that cannot be imitated through the techniques used.

The art of marbling, in 2014 was recorded to UNESCO’s Lists of Intangible Cultural Heritage. There are exhibitions and workshops for those who are willing to explore this colourful world or even try their hand at it.