A Beginners Guide To Göbeklitepe: What Does “zero Point In Time” Mean?

Have you ever played the game of “name a historical figure from each century?” Quick, name one historical figure from the 17th century. The 16th? The 15th? How far back can you go? We only mention it to emphasize just HOW FAR BACK Göbeklitepe goes… all the way back 12,000 YEARS AGO! 10,000 years before Jesus walked the Earth, pilgrims were flocking from all over Mesopotamia to visit the massive temple complex erected at Göbeklitepe.

This coincides with the first time in human history that we moved from hunter-gatherer societies to more settled agricultural societies, again around 12,000 years ago. As humans learned to use and grow wild cereals (again, in the Levant and Mesopotamia. In fact, nearby Karaca Dağ is the location that many geneticists believe the first ever grains were cultivated!) (Isn’t this region just fascinating!), they were forced to leave behind their previously nomadic lifestyle for a life of farming. This led to the first permanent cities and towns, and it appears to have rapidly led to the first ever permanent religious complex in Göbeklitepe. 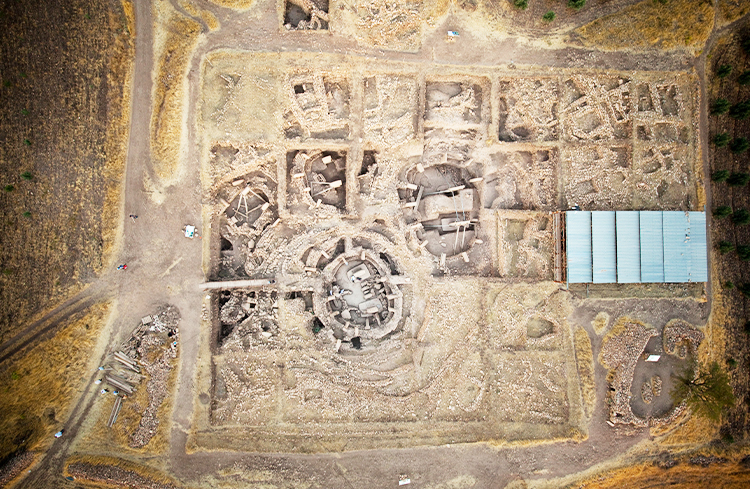 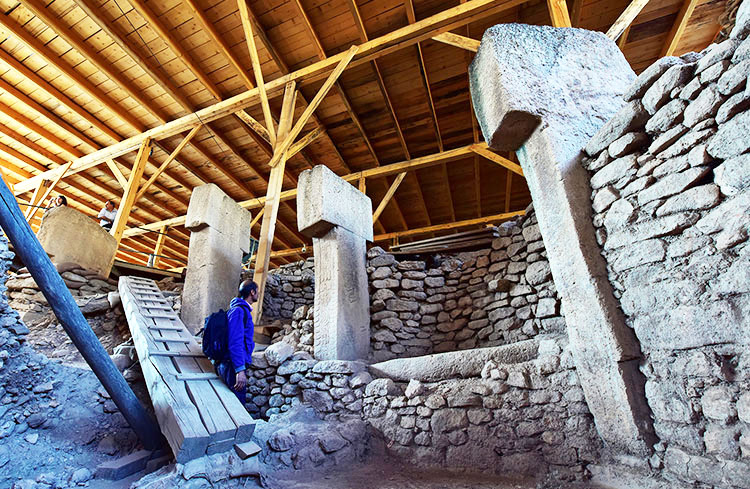 Not a great deal, quite frankly. We know the dates of over 200 T-shaped megaliths (hmmm… now why does that religious shape sound familiar? 😉 ) in about 20 circles. Each pillar is absolutely massive – 6 meters tall and up to 10 tons. They were fitted into sockets carved right out of the bedrock, all fairly impressive feats of engineering for a society previously thought to be capable of little more than cave painting. Carved into the pillars and other rock in the complex are loads of animal figurines.

These pillars date to the 10th millennia B.C., but there’s even evidence that it may have been a spiritual center even before that, which would literally change what we know about the nature of hunter-gatherer societies and their transformation to agricultural societies.

But it’s not just the existence of these pillars that is fascinating, but the fact that there appears to be just about no residential element to the complex. This suggests that, rather than an imperial capital of some sort, Göbeklitepe was a sacred ceremonial temple, a pilgrimage site where people came from all over Mesopotamia to worship. Isn’t that amazing?

This is even in line with ancient Sumerian beliefs, which speak of the sacred mountain Ekur, inhabited by various deities.

Why don’t we know more? 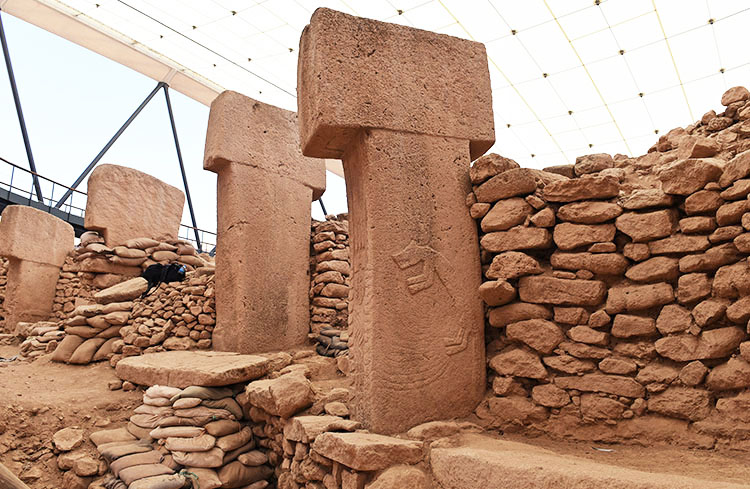 Archaeologists have intentionally excavated only around 5% of Göbeklitepe, waiting until new techniques are invented and the area can be completely excavated without any chance of damage. All of the motifs of animals carved into the pillars suggests animals were immensely important to the belief structure, and there is evidence of bones having been ritualistically carved. Some archaeologists believe that further excavation will reveal mass animal burial grounds with ritualized objects.

Either way, what we do know indicates that Göbeklitepe is indeed the “zero point in time,” the beginning of what we know today as modern civilization. Now it’s open to visitors, it’s time to discover your own history and visit this incredible spot!