Cheese is a critical part of the Turkish culinary tradition. People begin eating cheese early in the morning over breakfast, where typically anywhere between 1-3 types of cheeses are consumed. Lunch is often a heartier meal where cheese is more likely to be part of a dish itself, such as a grilled cheese sandwich with Kaşar cheese, and dinner often turns onto other dishes with cheese mixed in or grated on top.

But while this much is also generally true of Europe, what seperates Türkiye from its European counterparts is not just the variety of cheeses, but the flavors and types. The base for Turkish cheeses is white cheese, of which there are countless varieties and ways to make it. In English, we tend to refer to all of these cheese at feta cheeses and foreign palates are unused to tasting the variety of flavors.

This, of course, makes tasting them all so much more fun - so let's give you a sense of the kinds of cheeses available in Türkiye. Dig in! 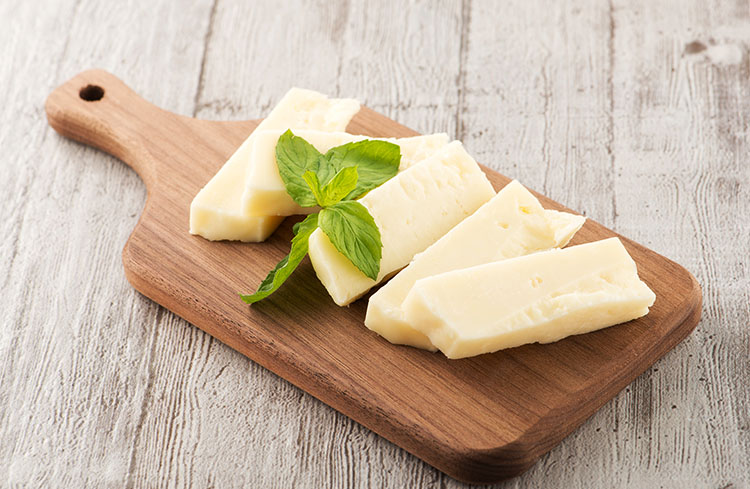 While in Western diets, "feta cheese" tends to have a fairly standard flavor, white cheeses come in a wide variety of flavors in Türkiye. They can be made from either cow, sheep or goat's milk and can be a hard, or soft, and also can be from whole milk or half. It's an absolute staple of the traditional Turkish breakfast, but it's a fairly big staple of dinners as well and is often eaten as a meze by itself or is consumed in the summer months with watermelon or melons.

It's put into börek pastries and other baked goods, into salads, and so much more. Ezine in Çanakkale, or more broadly in the region of Thrace, is considered the homeland for white cheese. It features a rich, strong flavor with creamy notes that help it go well with just about anything and everything. At any cheese shop you'll be able to order just about any variety of white cheese that you want with different tasting notes on offer, but if you have to try one, making it an Ezine white cheese is as good a bet as any. 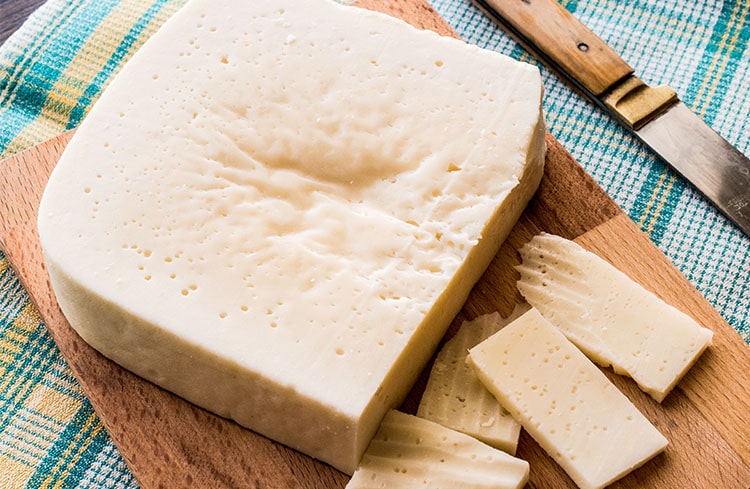 This cheese is an old cheese and originates in the Ottoman Empire. Unlike white cheese, its production really is limited to just a couple areas of the country, with Balıkesir and Bursa being the prime examples. Mihaliç cheese, or Kelle cheese as it's sometimes known, is perhaps most closely compared with Parmesan cheese as it's typically made from unpasteurised sheep's milk and stored in brine before it hardens and dries.

It can also be found to made from either goat's milk or cow's milk even though sheep's milk is technically the most traditional. Due to its strong, salty flavor it's often used to grate over foods, such as salads or baked dishes in much the same way parmesan is used. But it also makes for a great side dish or meze - as do almost all Turkish cheeses.

Lor is a crumbly, relatively unsalted cheese that goes incredibly well in pastries, though it's also served during breakfast or can be mixed with spices and herbs and eaten as a meze for dinner.

Because it's relatively unsalted it's also used for desserts sometimes, though its crumbly nature makes other cheeses slightly more common. It's white in color and tastes perhaps similar to ricotta cheese or cottage cheese that's a little more common outside of Türkiye.

Tulum cheeses are very common and are some of the creamiest of the Turkish cheeses. They have a high moisture content that melts perfectly into just about any dish and their long shelf-life as well means that Tulum is just about perfect for mixing into any main course.

However, as with all cheeses in Türkiye, they're primarily consumed on their own either in breakfast or as a meze over dinner, and Bergama Tulum is no exception. Tulum itself means "sheep's skin" or simply "skin," though tulum is often made with a mixture of sheep's milk and cow's milk.

Tulum goes perfectly with fresh butter, walnuts and a freshly-baked warm Turkish bread of some sort, perhaps a pide over Ramadan.

Tulum from İzmir like Bergama Tulum is kept in salt water, which gives it a stronger consistency and a richer flavor. It's a mature cheese and is usually left to sit for a minimum of 3 to 6 months, though almost every region of Türkiye makes its own variety of tulum and each have their own tasting notes and flavors.