Türkiye has a richly diverse and many layered history. With archaeological sites dating back to neolithic times like Gobeklitepe, mythical cities like Hattusa whose secrets are still being discovered and famous ancient cities like Ephesus, Pergamon and Troy; Türkiye is waiting for you to come and uncover the mysteries of its past. Whether you’re interested in casually exploring ruins by boat, like the sunken city of Kekova on the Mediterranean or Olympos further along the coast. Or a keen explorer, intent on learning as much as possible about the ancients of Catalhoyuk, Türkiye and her ancient tales are waiting for you. 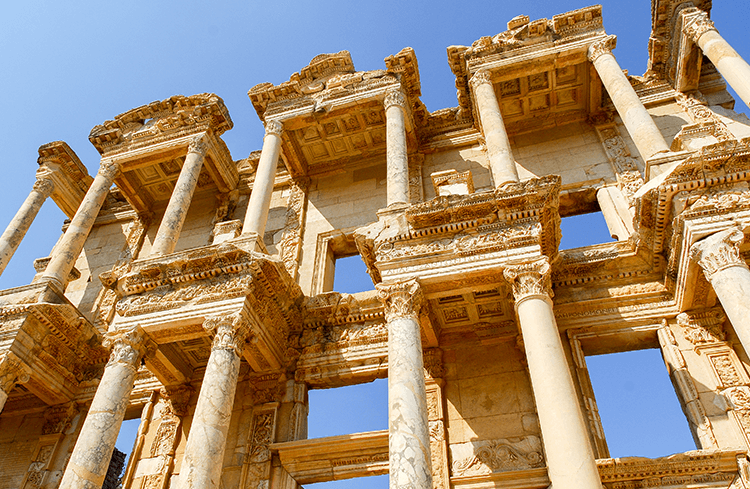 Ephesus was the most important city in the Roman Empire outside of Rome. The capital of Asia Minor was a wealthy, prosperous and highly educated city. With the reconstructed Library of Celsus, expansive amphitheatre, Temple of Artemis, an Odeon and key points of Christian history, Ephesus is a must-see for most visitors. Not far from modern-day İzmir, the ancient city of Ephesus is an easy day trip from the Aegean coast. 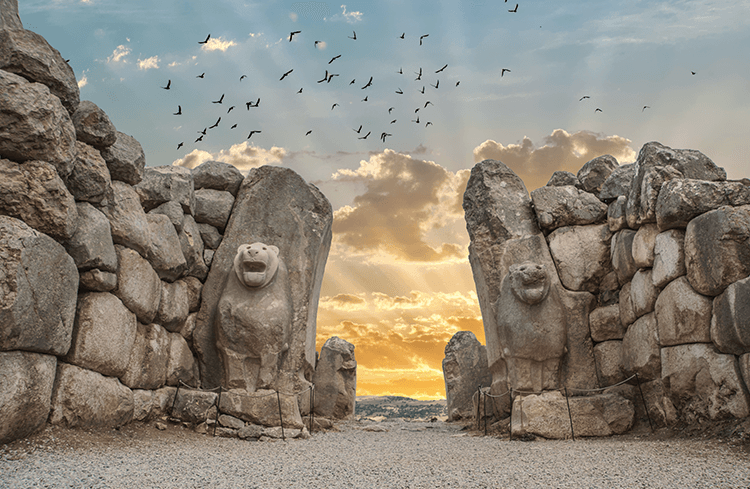 Hattusa is the ancient capital city of the Hittites. Believed once to be only a myth, the site of Hattusa was discovered in the late 1800s. Excavations here are ongoing as archaeologists work hard to understand the people who lived here. Hattusa is located in central Anatolia, around 200 km east of Türkiye’s capital Ankara. 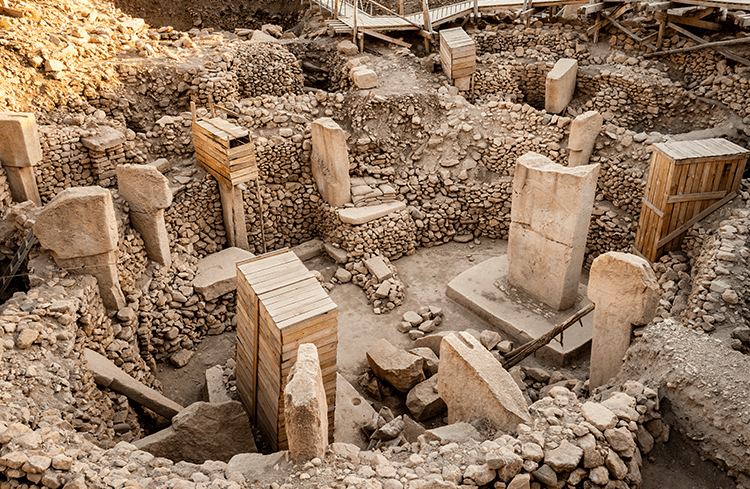 Gobeklitepe is one of the most important archaeological finds ever and has been described as changing the face of human history. Gobeklitepe was only discovered in the 1960s and in 2018 was designated a UNESCO World Heritage Site. Excavation began in 1995, with findings illustrating that Gobeklitepe dates back to the 10th–8th millennium BCE - that’s 12.000 years ago! Believed to be the first Temple of the world, Gobeklitepe is one of the world’s oldest religious structures. The site features a quarry, pillars with distinct carvings, engravings, and sculptures, believed to make up a large temple complex of possibly 20 separate temples. Gobeklitepe is located close to the ancient city of Sanliurfa and some of the larger pillars uncovered during the excavations are housed in the Sanliurfa Archaeology Museum. 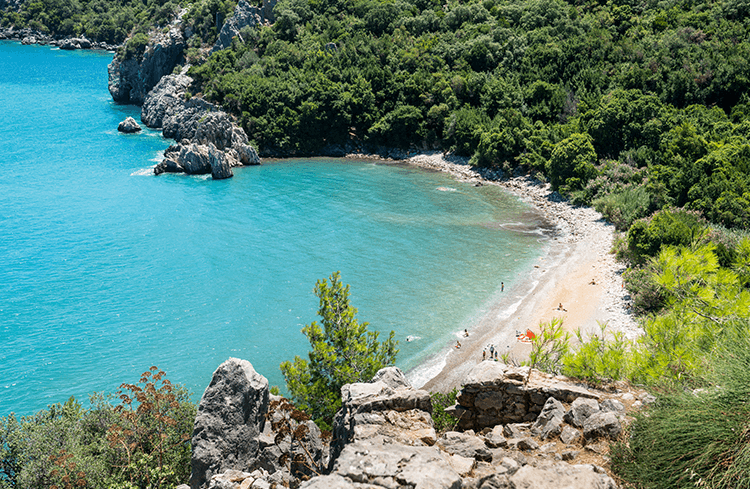 Olympos is now a small beach town, with backpackers and bungalows galore. Under Lycian rule Olympos, with access to a key seaside port, helped to connect towns across the Mediterranean. The city was abandoned in the 15th century but traces of the settlement remain. Today, the area is encased in greenery, with trees growing amongst the Lycian ruins of the town that once prospered. Olympos is an outdoor enthusiast's dream with access to the sea, diving, rock climbing and more, close to Dalaman on the Mediterranean coast. 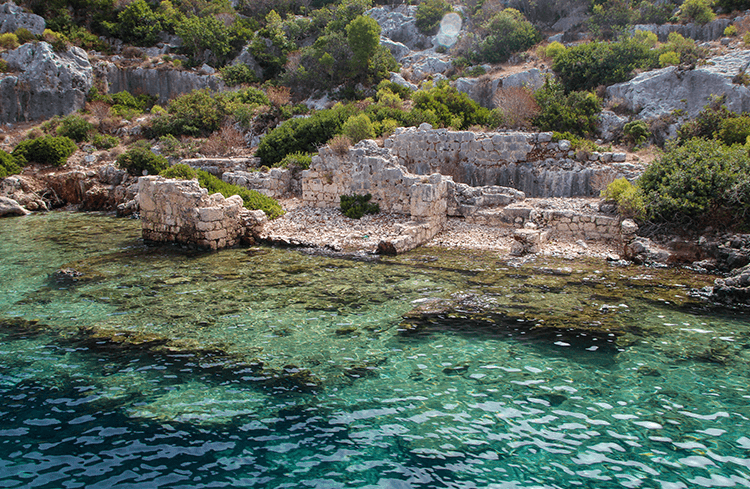 Kekova, close to Kas on the Mediterranean coast, is an unusual excavation site. It’s underwater! So, rather than strolling around the remains of the city, take a boat! Sailing over the underwater ruins of Dolchiste, an ancient Lycian settlement is awe-inspiring. The city was partially lost to an earthquake in the 2nd Century. Day tripping from nearby Kas is easy and affordable. 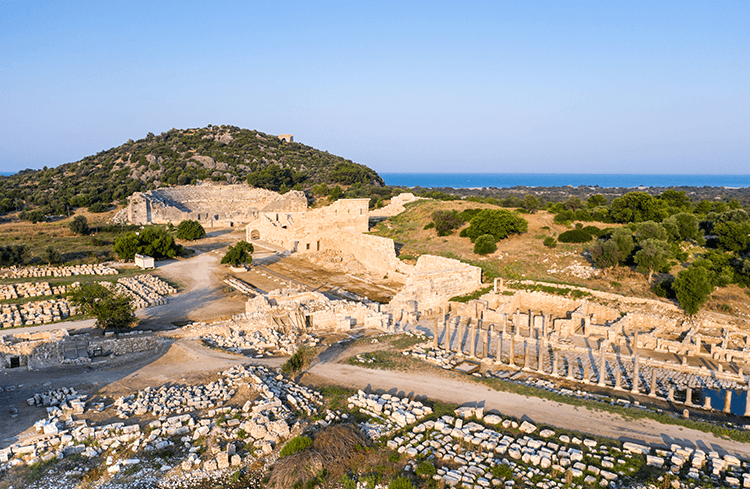 The ancient city of Patara lies on Türkiye’s Mediterranean coast, a short distance from Dalaman or Fethiye airports. Patara dates back to the ancient Greeks, as a city created by Patarus, son of Apollo. Indeed, in ancient times the city flourished thanks in no small part to its naturally formed harbour. The harbour allowed the city to grow into a key maritime and merchant centre under Roman rule. Today, visitors can explore a vast site that features the bouleuterion (parliament building), the ancient theatre, bath complexes, ancient sarcophagi and the reconstructed grand promenade. Closer to the old sea shore is one of the world’s oldest known lighthouses. Built by the Roman Emperor Nero in AD 65, the lighthouse is a testament to Patara’s importance in the region under Roman rule.

Ancient Patara was an excellent example of a flourishing democracy in harmony with the natural world. This is further evidenced today through the extensive protected national park that encompasses both the forested area surrounding the excavated site and the marine area that borders the site and stretches along the 12km sandy beach. In the summer, the beach is a key nesting site for loggerhead turtles, while the forested area that stretches to the hills beyond is full of bird life and flora native to the region. 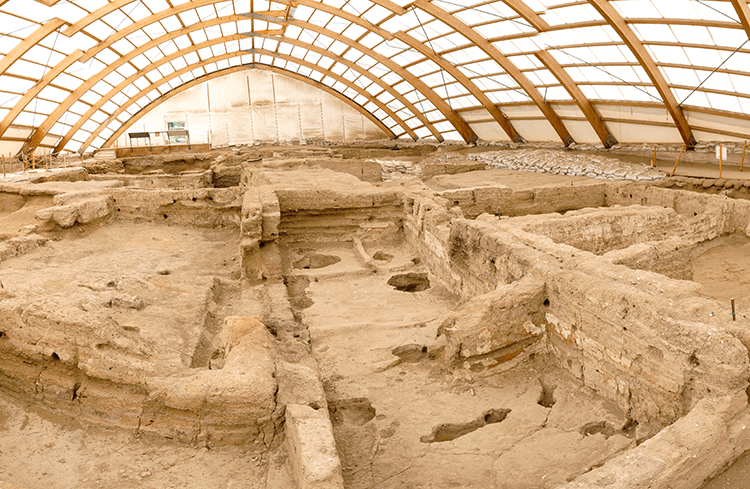 Catalhoyuk is one of Türkiye’s oldest structures and features beautiful rock paintings and carvings dating back to the Neolithic period. This site was only discovered in the 1950s and excavations are still ongoing to enable us to understand more about the structure and its role. Catalhoyuk is located near to the east of the city of Konya. 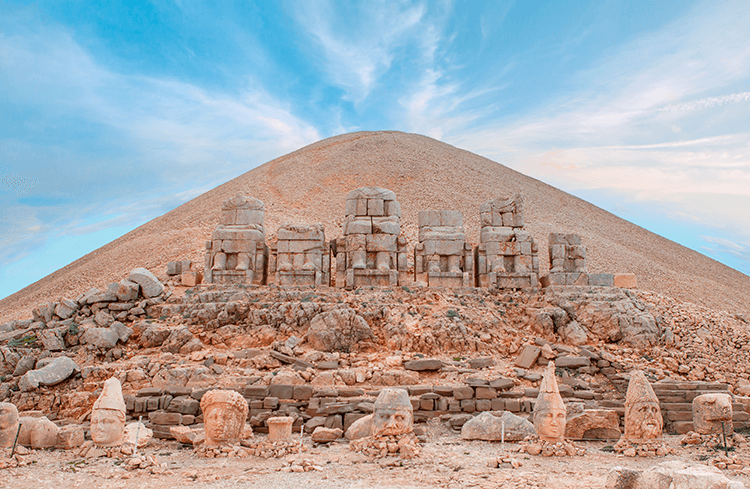 Mt Nemrut is one of the most fascinating and impressive archaeological sites in Türkiye. Built in the Hellenistic period, by King Antiochus I of Commagene, Mt Nemrut is a Hierothesion, that is a temple-tomb and house of the Gods, which Antiochos built to honor himself in life and in death. This huge monument features statues of a lion and eagle, believed to be guardians of the site, in addition to statues of deities and inscriptions that depict Antiochos ancestral lineage and legends that stem from both Greek and Persian roots. Located in eastern Anatolia, Mt Nemrut is an unmissable archaeological site. 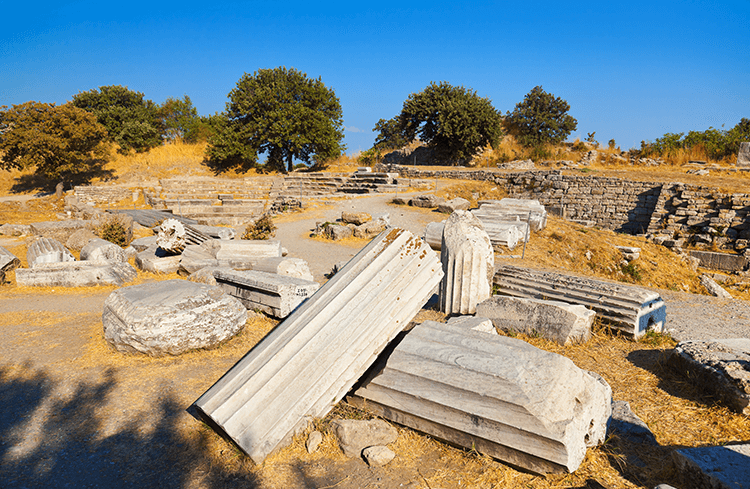 Troy features in Homer’s famed Illiad, describing the Trojan War. This site dates back to 3000 BC and features evidence of ancient fortifications, including walls, gates and watchtowers. The site is located near Canakkale and is easily accessible from nearby towns. 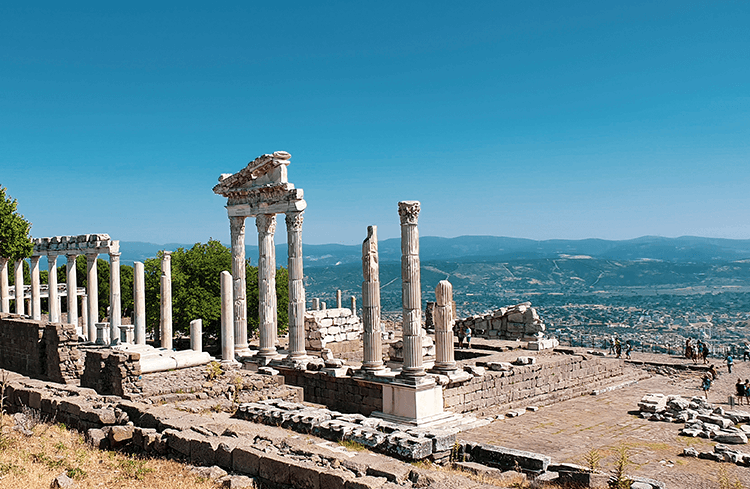 Capital of its own Kingdom of Pergamon, Pergamon was a mighty city in the Hellenistic period. Founded in the 3rd Century BC, the remains of this ancient city include a theatre, cut into the hillside, evidence of temples, bath complexes and more adorn the site. Located close to the modern town of Bergama.