Artichoke is a vegetable known and widely used since the ancient times. Legend has it that the god Zeus fell in love with the mortal beauty Cynara, who lived on the island of Zinari and went to visit her brother Poseidon, the god of the sea. Zeus then made her a goddess, and they began to live together on Olympus, the mountain of the Gods. However, Cynara missed her family after a while and went to them in secret. Enraged by this, Zeus surrounded Cynara's heart with thorny leaves and turned it into an artichoke. Then, he threw it down from Olympus into the world.

Artichoke, which adorned the tables of kings and nobles, has also come to the fore with its therapeutic properties since the ancient times. Known as the liver's best friend, it lowers cholesterol, facilitates digestion, and protects against cardiovascular diseases. 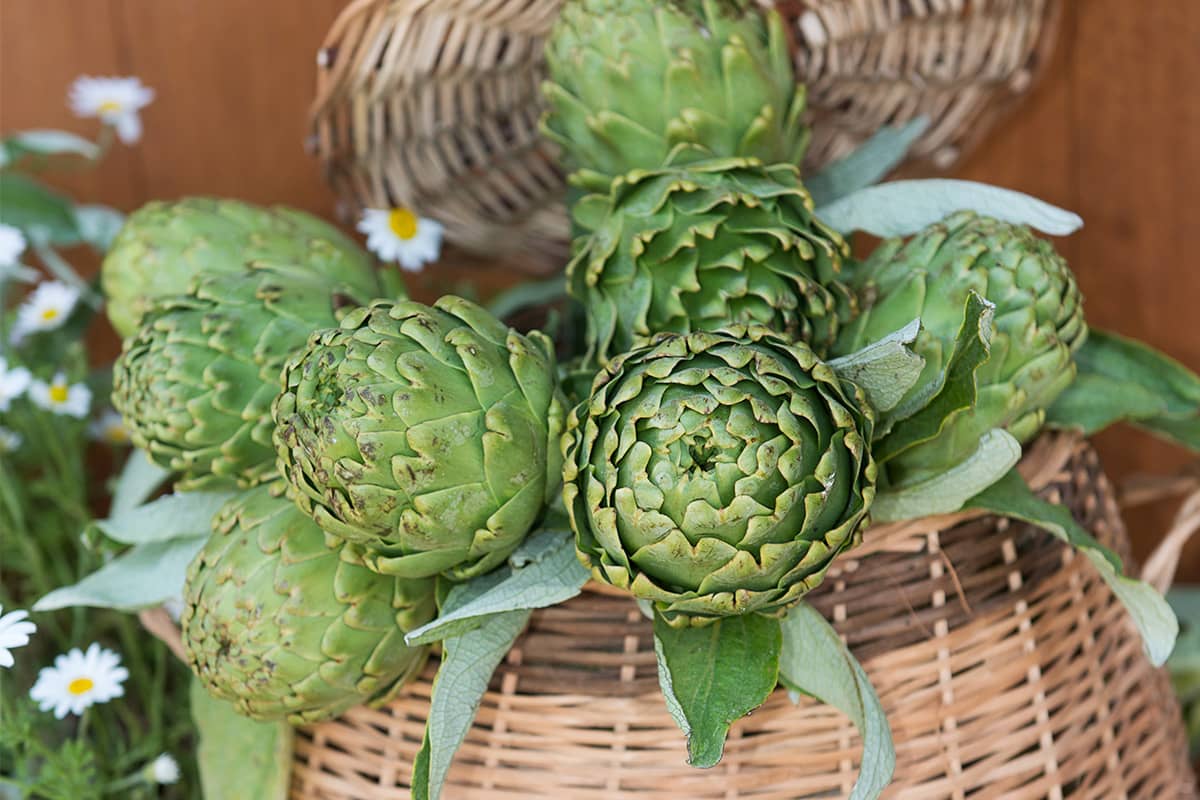 Artichoke has a special place in the Turkish cuisine. When artichokes start showing up in the markets and street stalls, it means spring has arrived. Harbinger of the warm weather, this vegetable takes its rightful place on the tables, especially in April and May. And since it enjoys a moderate climate, it is mainly grown in the Aegean and Marmara regions.

There are more than 140 artichoke species in the world, but two species stand out in Türkiye. While bayrampaşa artichoke is grown in the Marmara region, the sakız variety is common in the Aegean and Mediterranean regions. Sakız (mastic) artichoke can be eaten with its leaves. And bayrampaşa artichoke is a very large, bowl-shaped artichoke variety that is widely used in the Turkish cuisine.

Artichokes can be grown in Muğla, Aydın, Adana, Antalya, Bursa, Balıkesir and Yalova. However, the first Turkish city that comes to mind for artichokes is İzmir. Especially the Urla district of Izmir is famous for its artichokes. 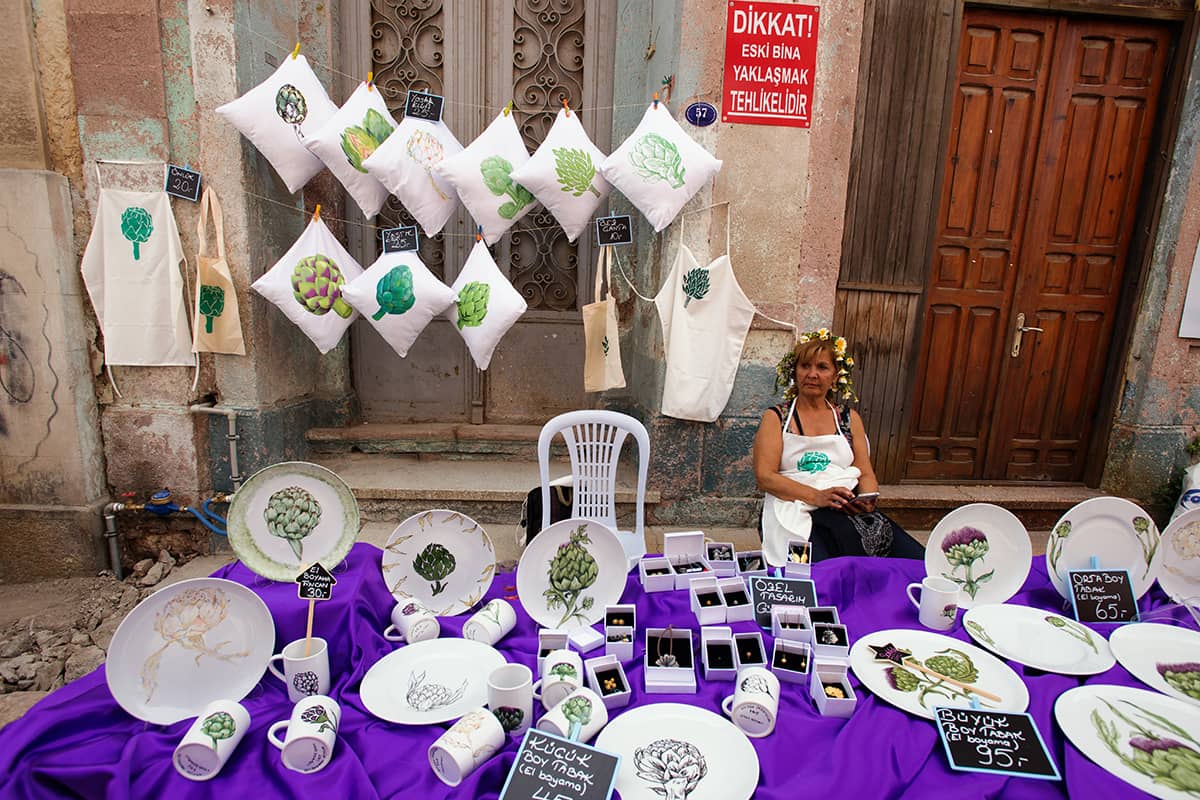 The traditional International Artichoke Festival is held every year in the Urla district of Izmir, known for its artichoke cultivation. Within the scope of the festival, where everything about artichokes can be found, the square and streets of Urla host cooking workshops, food tastings, art workshops, talks, and music concerts for three days.

Growers, who prepare for the festival for months, offer artichoke jams, artichoke dishes, artichoke-themed gifts, and textile products to the guests. It is entirely possible to encounter artichoke flavoured ice cream and sushi made with artichokes among the exciting dishes. 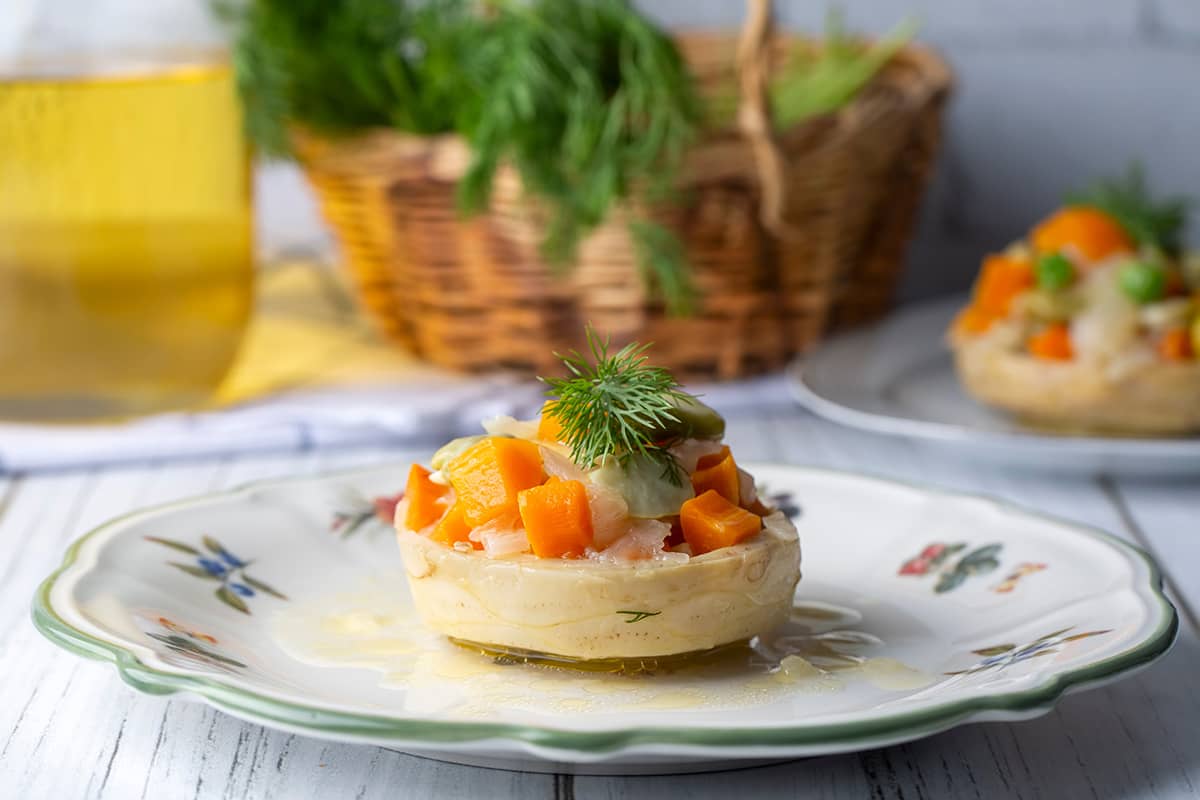 Of course, more traditional artichoke dishes are preferred in Turkish cuisine. These dishes are incredibly lovely both in appearance and taste.

The first dish that comes to mind is artichokes and broad beans in olive oil. This dish is very popular among locals and travelers for its lightness and flavour. It is possible to create many creative interpretations of this dish using the artichoke itself as a bowl. It is pretty common to prepare this dish with peas, carrots, potatoes, and onions too.

Another most popular recipes, artichokes with lamb, is prepared with shredded lamb meat and shallots. It is also possible to consume artichoke stuffed. This is a special İzmir dish. It is as challenging to eat as it is to cook, but it is definitely worth it.

The artichoke soup is just as delicious. This sumptuous and refreshing soup prepared with fresh artichokes reminds you of spring flavours. You can't end the artichoke-abundant spring season without an artichoke salad drizzled with homemade Turkish yoghurt. At least as delicious as stuffed and olive oil alternatives, this tasty flavor is both satisfying and very light which makes it great for those on diet.