An Epic Journey in the Turkish Riviera

With its unrivalled combination of ancient structures, epic byways, tranquil villages, and mythological tales, the Lycian Way in Southern Türkiye is an adventurer's dream.

One can hardly imagine a better way of exploring the Turkish Riviera than slowing things down a bit and setting out on the Lycian Way - Türkiye’s first long-distance hiking trail traversing the Teke Peninsula’s awe-inspiring scenery. With rugged mountains soaring directly from the sea, rock-cut tombs some 2,000 years old, and charming villages and towns overseen by modern cliff-side villas and infinity pools, this fabled Lycian land from Fethiye to Antalya, unveils a unique Mediterranean microcosm in modern-day Türkiye.

Usually shortlisted among the most beautiful long-distance treks in the world, Lycian Way offers a 540-km moderate to difficult waymarked trail - combining old shepherd’s paths, mule trails, and caravan routes that require average fitness but no climbing. Around 30,000 enthusiasts walk the trail every year, completing the entire route in about a month’s time or tackling it in shorter, multi-day segments. It’s possible to set out in either direction, though most people start from Fethiye, with their sights set on Antalya. Either February-May or September-November provides the best months to enjoy the venture when the weather is warm and mostly dry, and the experience most inviting. This is a perfect off-season destination as well, due to the warm winters of Antalya. 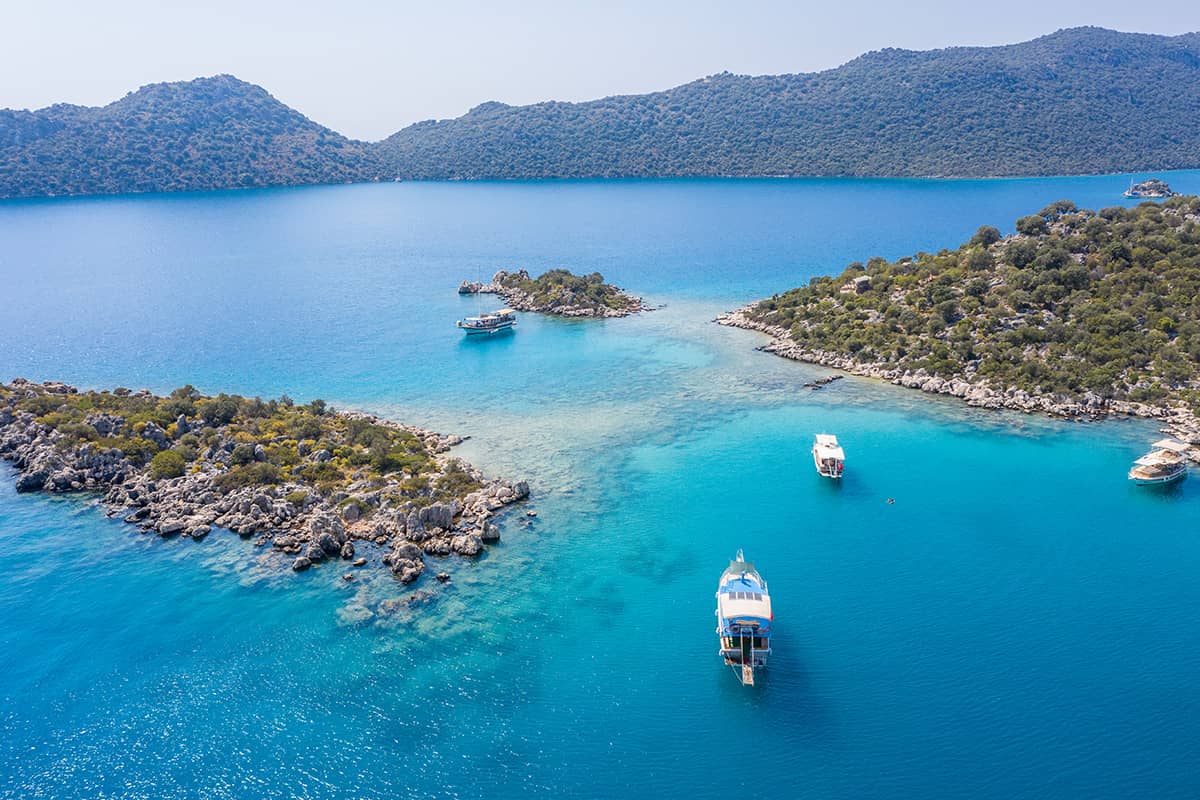 The Romans built a complex network of roads interconnecting over 50 Lycian cities, as we understand from the Stadiasmus Patarensis - an ancient milestone unearthed in the harbour of Patara, showing the visitors the distances between the cities in the region. Today, only a small fraction of these ancient roads has been uncovered. In 1999, though, the entire Lycian land was surveyed and a long-distance trail was waymarked by a team of amateur historians and professional trekking guides. To this day, trekkers follow the distinctive red-and-white markers that can be spotted on the boulders, trees, utility poles, or garden walls of village houses to walk the trail independently.

Walking the Lycian Way offers memorable encounters with the locals, many of whom offer places to stay and tastes of their local cuisine along the way. Such can range from the beach huts of Butterfly Valley to the yoga camps of Kabak Valley, down to the stylish villas of Kalkan, as well as the village pansiyons (your choice of B&Bs) and small hotels of Kaş, Kaleköy and Adrasan. You might instead decide to pitch your tent at a peaceful beach or accept an invitation for an overnight stay from a welcoming villager. 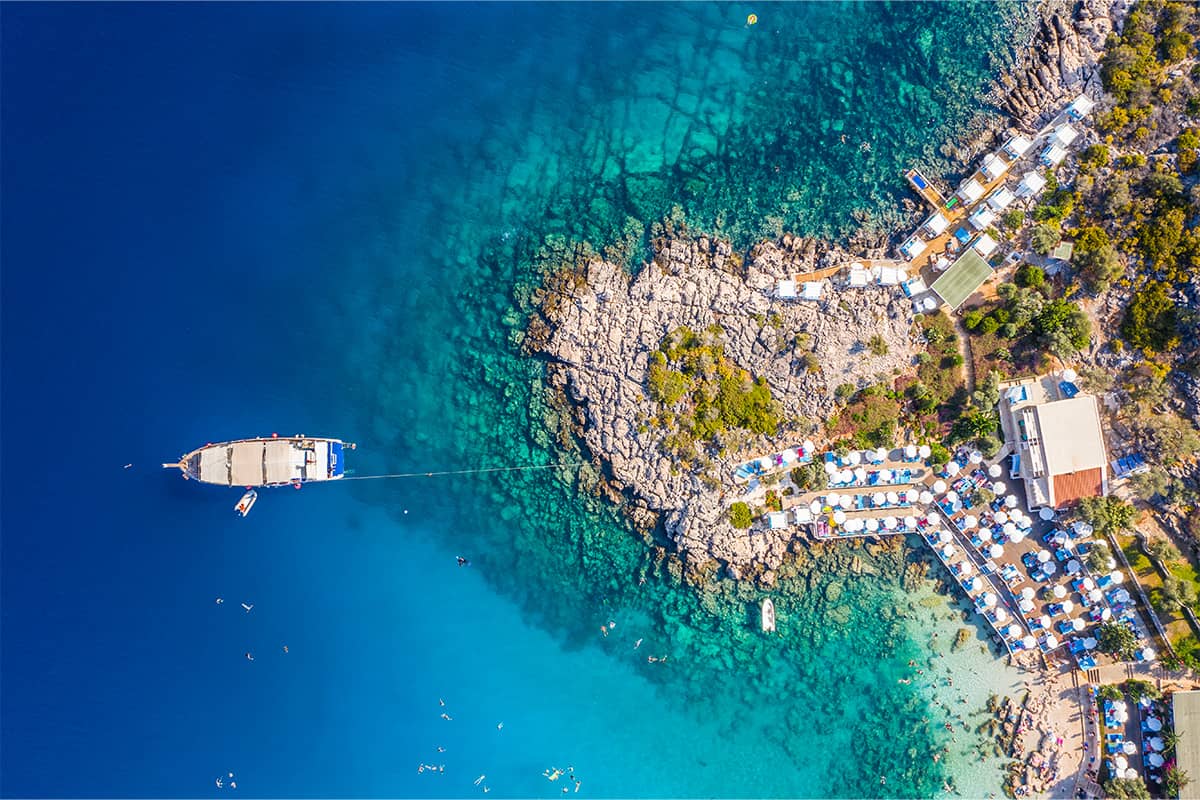 As an indigenous ancient Anatolian nation, Lycians were the founders of the first federative democracy on earth known as the “Lycian League”, which comprised 23 cities that flourished during the first millennium BC. Their proportional election system inspired many Western writers and scholars, laying the ground for the American Constitution as well. The Lycians built remarkable landmarks including the Bouleuterion (the Parliament Building) in the capital city of Patara, breathtaking temples at the UNESCO recognized Xanthos-Letoon, as well as the monumental Lycian tombs ranging from rock pillars and sarcophagi to funeral chambers cut onto the soft limestone cliffs of the region, resembling beautiful little houses or temples. Today, the entire Lycian landscape is dotted with hundreds of these tombs – otherworldly silhouettes greeting you throughout your journey, towering from mountaintops or, jutting from the harbours. Such inclusion is in keeping with the Lycian tradition of memorializing and honouring loved ones, not in faraway places, but in their cities and daily lives. 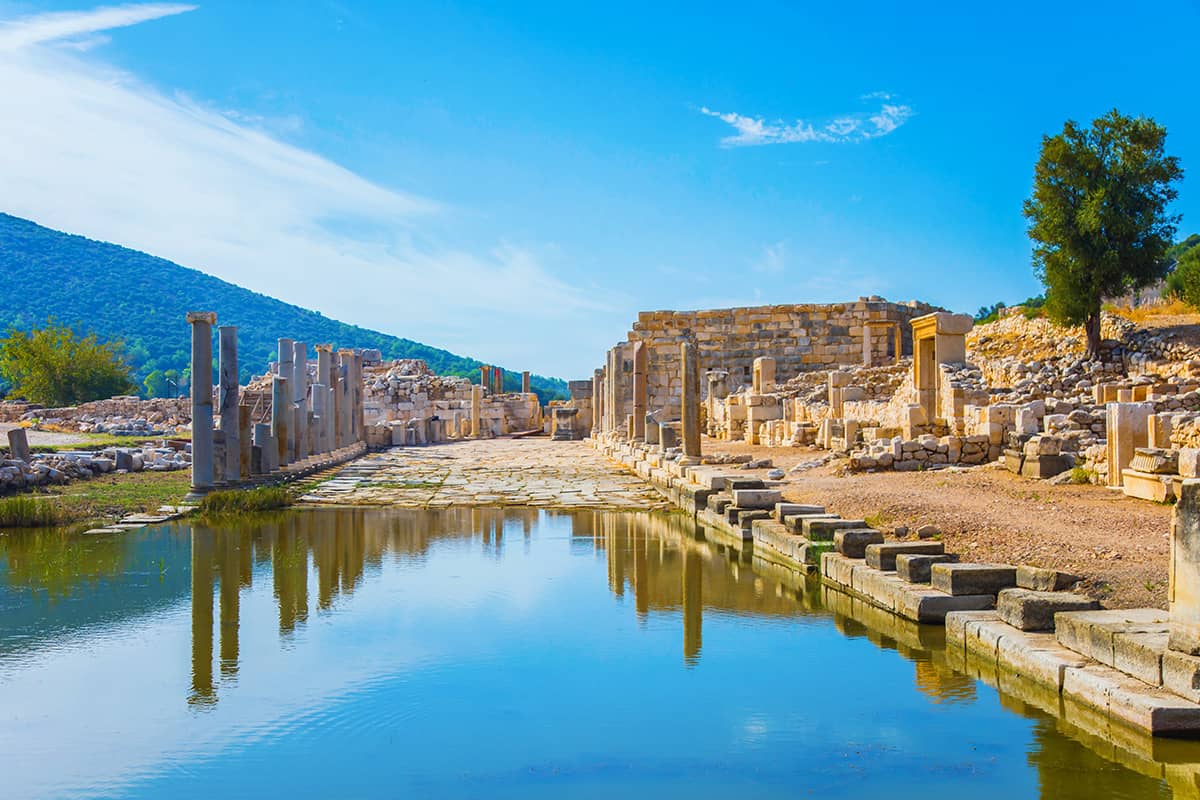 Those of you wishing to see the Lycian locales and this amazing natural terrain at its best, may consider segmenting your journey with mini cruises departing from the ports of Fethiye, Kaş or Antalya. Alternatively, you can join week-long multi-activity tours perhaps combining sea kayaking near Kekova Island and the sunken city of Simena with canyoning in the Taurus Mountains, scuba diving in Kaş, mountain biking or trekking even further along smaller sections of the Lycian Way. These activities can be combined to offer an invigorating athletic experience all while reducing your carbon footprint.

If you would like to learn more about how Lycians once lived, you can peruse the ancient cultural artefacts and artworks on display at the Museum of Lycian Civilizations welcoming visitors to Çayağzı (ancient Andriake), the port of Myra that was one of the largest in the ancient Mediterranean. A rich numismatic collection, terracotta objects, jewellery and fabrics are displayed in a beautifully restored old granary. In addition, you’ll find an exhibit of panels showcasing Andriake’s natural dye industry, where a highly valued tint known as “the royal purple” was once produced from the murex family of rock snails. And if exploring the visually striking tombs of Myra, do not forget to visit the nearby St. Nicholas Church in Demre, the seat of the patron saint of sailors and children, who was born in Patara in 330 AD and known in modern times as the beloved Santa Claus. 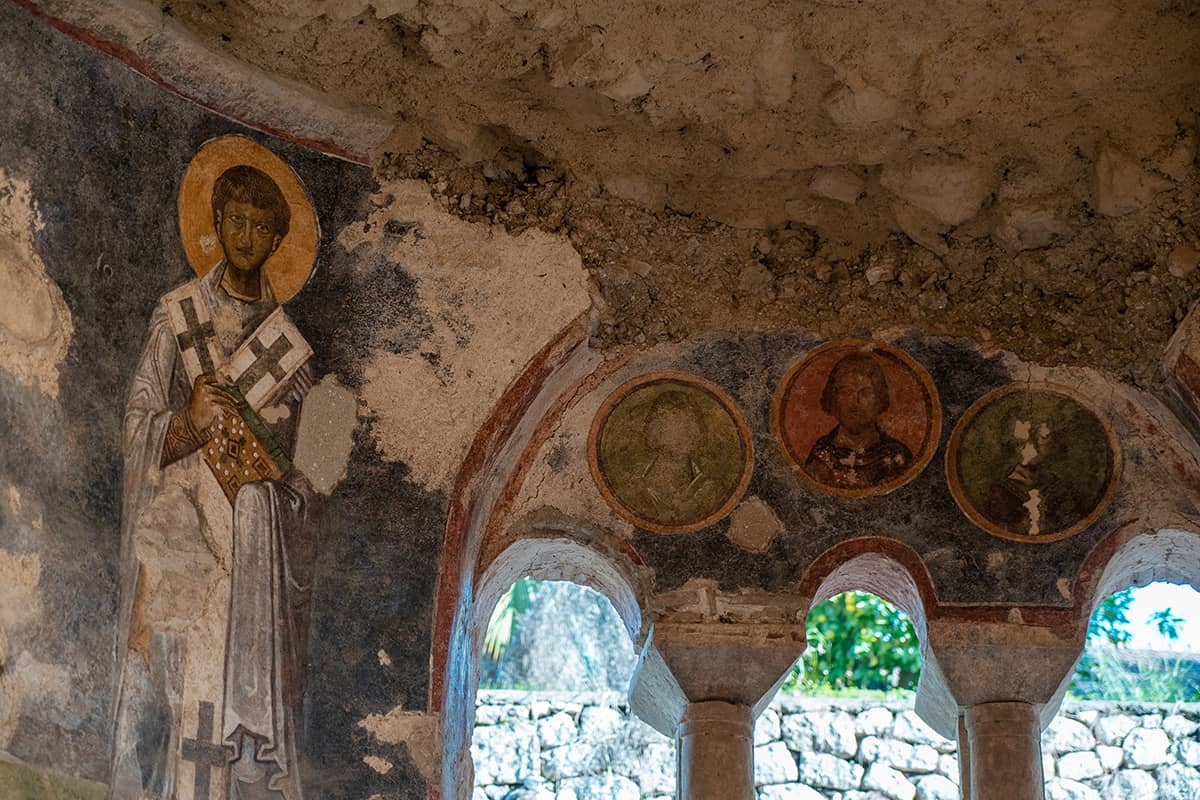 As you approach the final leg of your journey, you’ll be greeted by Mount Tahtalı (or Mount Solyma), once held as the seat of gods. And at the majestic mountain's foot, remains of the ancient eponymous city of Olympus sit on a river mouth joining the Mediterranean. In addition to such mythical splendour, the area has been a backpackers’ magnet for decades, thanks to a collection of treehouses and small hotels offering eco-friendly boutique accommodation in an immensely scenic valley and along the Çıralı coast. If you wish to get to the heart of legends, trekking up to Yanartaş, or Burning Rock, after sundown is a must. This cluster of flames emanating from the rocky slopes of Mount Solyma is an amazing natural phenomenon, one that has inspired several myths. It is believed that the heroic Bellerophone rode his winged horse Pegasus to defeat Chimera, a fire-breathing monster with three heads, turning it into the rock here. Today it serves as a popular sunset spot, accessible in 20 or so minutes - ideal for the overall embrace of both the serenity of the Lycian land and a day’s adventure well lived.