A Taste of the Turkish Riviera

Much more than one of Türkiye’s top summer destinations, Antalya is steeped in history and a food culture that stretches from its rich marine life to the verdant bloom of its orchards. Endemic grape varieties and traditional recipes also abound in this Turkish province of significance at the foot of the mighty Taurus Mountains.

Usually synonymous with sun-drenched beach vacations, the Antalya province and its eponymous capital city possess a rich tale that goes back around 2,000 years as the seat of grand civilizations from the Roman to Seljuk and Ottoman times, resulting in a culinary diversity that is one of its most attractive attributes. Here one would find a food culture, dependent entirely on the region’s abundant natural resources, the freshness of its harvests and the culture of its indigenous peoples.

Start your journey at the prosperous rural periphery of Antalya, in a town and district named Elmalı, located off the beaten path on a small plateau that is graciously surrounded by the peaks of the western Taurus Mountains. Apart from its beautiful historic town, where Ottoman architecture takes centre stage, this area of Antalya is important for another reason: wine. The vineyards here, which have been around since antiquity, produce the famed and award-winning regional wines with a respect for the local grapes, especially endemic varieties, which were resurrected to be enjoyed once more. The Acıkara grape, for example, which had been on the precipice of extinction due to a very low yield, was brought back to life thanks to the hard work of local wine experts who took samples from the more than 200-year-old vine and replanted them. For visitors, a tour of these vineyards is a once-in-a-lifetime experience to dabble in wine culture far away from the usual routes. 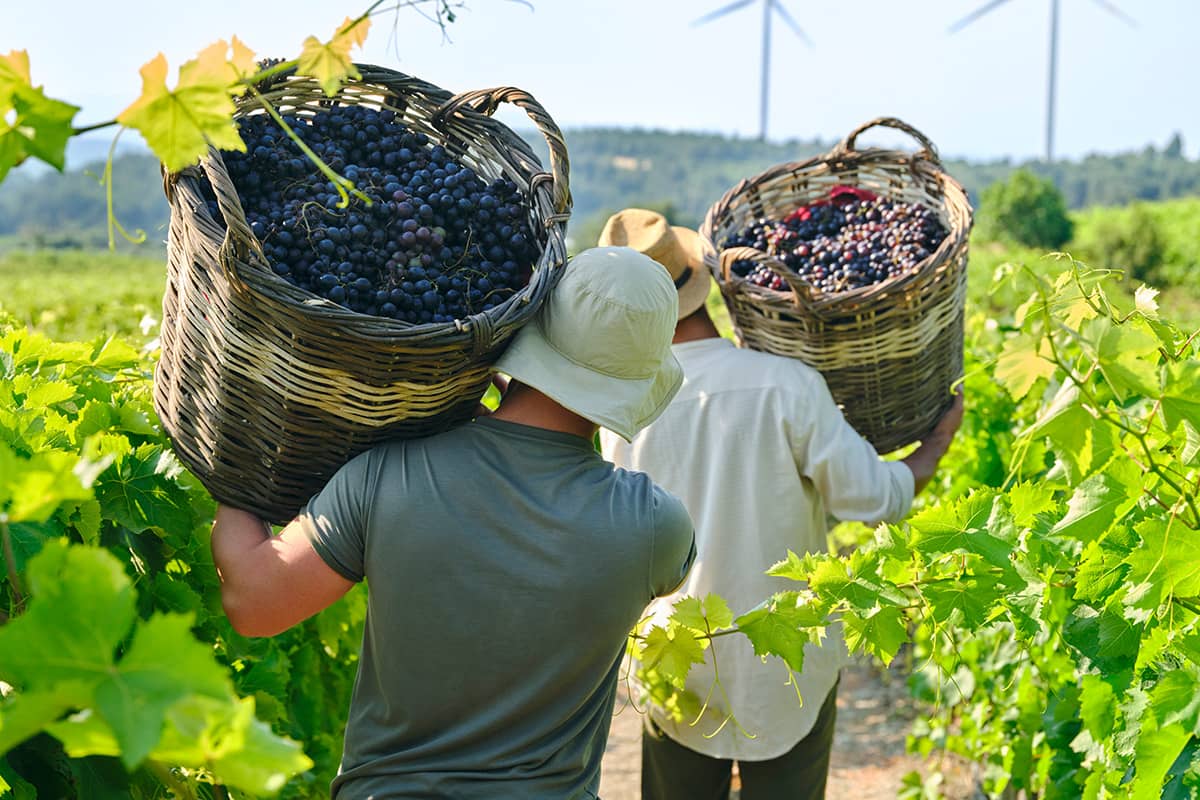 About an hour away by car, the seaside town of Finike is the second stop on this gourmand journey, or more specifically Antalya’s haven of sweet and juicy oranges. It is purported that the taste of a Finike orange can’t be found anywhere else in Türkiye and the fruit does indeed enjoy the benefits of the area’s clean air and water, besides the fecundity of its soil. Mature and ready to be consumed from December until February, these oranges are naturally rich in minerals and vitamins and a favourite for export. 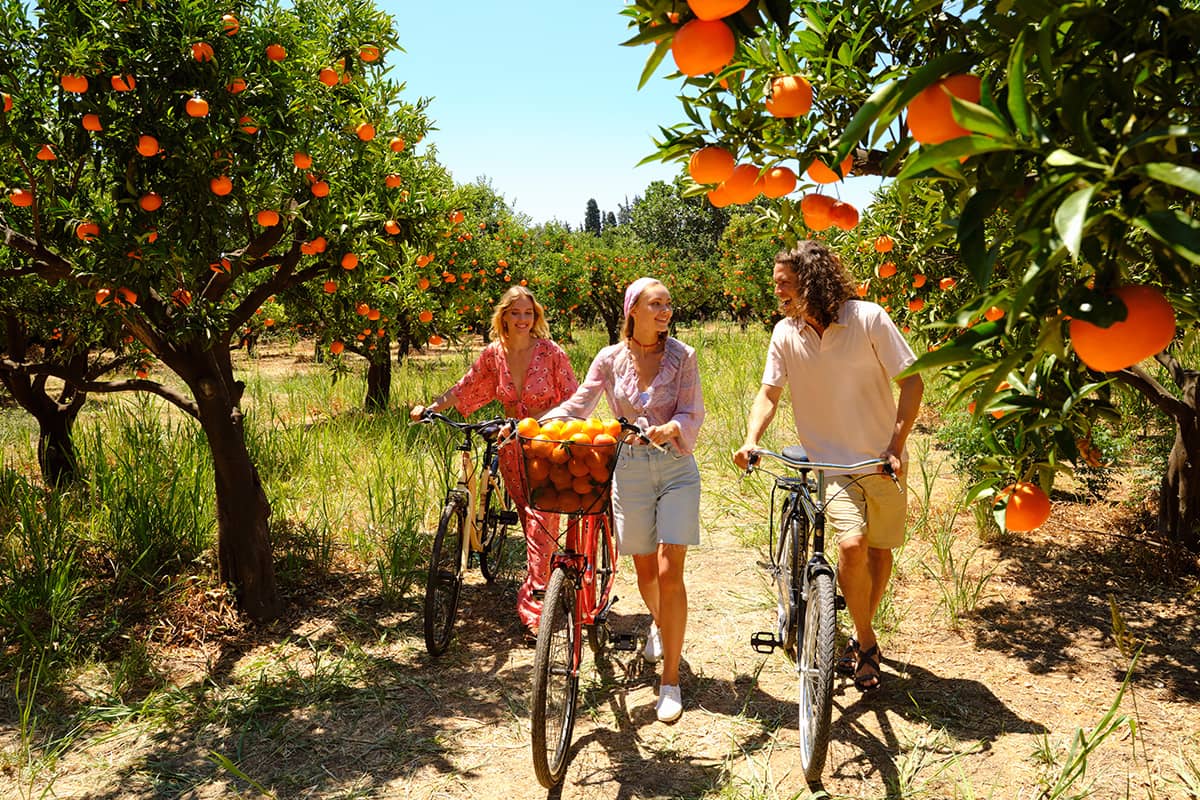 Of course, another fruit that Antalya can’t live without is its pomegranate and the famed nar ekşisi (pomegranate syrup), an irreplaceable member of the local cuisine. It’s no surprise that the Turkish Riviera, and especially Antalya, are responsible for around 60% of the country’s total pomegranate production, given the love for the deep crimson globule filled with its sweet and sour seeds. A fruit believed to bring abundance, with the tradition of nar kırma (breaking open the pomegranate) happening every year on December 21, the beginning of winter and the longest day of the year. As for the nar ekşisi (pomegranate extract), which graces everything from salads to dolma (stuffed vegetable) dishes, about 15 kilos of the fruit are used to make about one litre of the precious syrup, preferably by hand. A highly valid reason to purchase a few bottles whilst on vacation, as well as a few glasses of Antalya’s unique and zero-waste-kitchen-friendly marmalades, including everything from watermelon skin to citrus peel and more.

Antalya also has several geo-marked products and dishes symbolizing the city’s diverse gastronomic world. Culinary enthusiasts could find, smell and taste them in regional farmer’s markets and/or restaurants. Antalya Piyazı (Bean Salad) is an ages-old refreshing local dish made with geo-marked Çandır fasulyesi (beans), boiled and then mixed with onion, tomatoes, boiled eggs, as well as a special sauce called “tarator” -a delicious blend of tahini (sesame butter), lemon juice, vinegar, garlic and salt. Kabak Tatlısı (Sweet Pumpkins) is another registered local speciality of Antalya, made of slices of pumpkins, locally sourced from the village of Camili, and grilled after being soaked in sugar overnight. They are served plain with a hint of tahini and walnuts. For both of these traditional recipes, tahini made of the geo-marked Manavgat Altın Susamı (Golden Sesame Seed of Manavgat) is used. 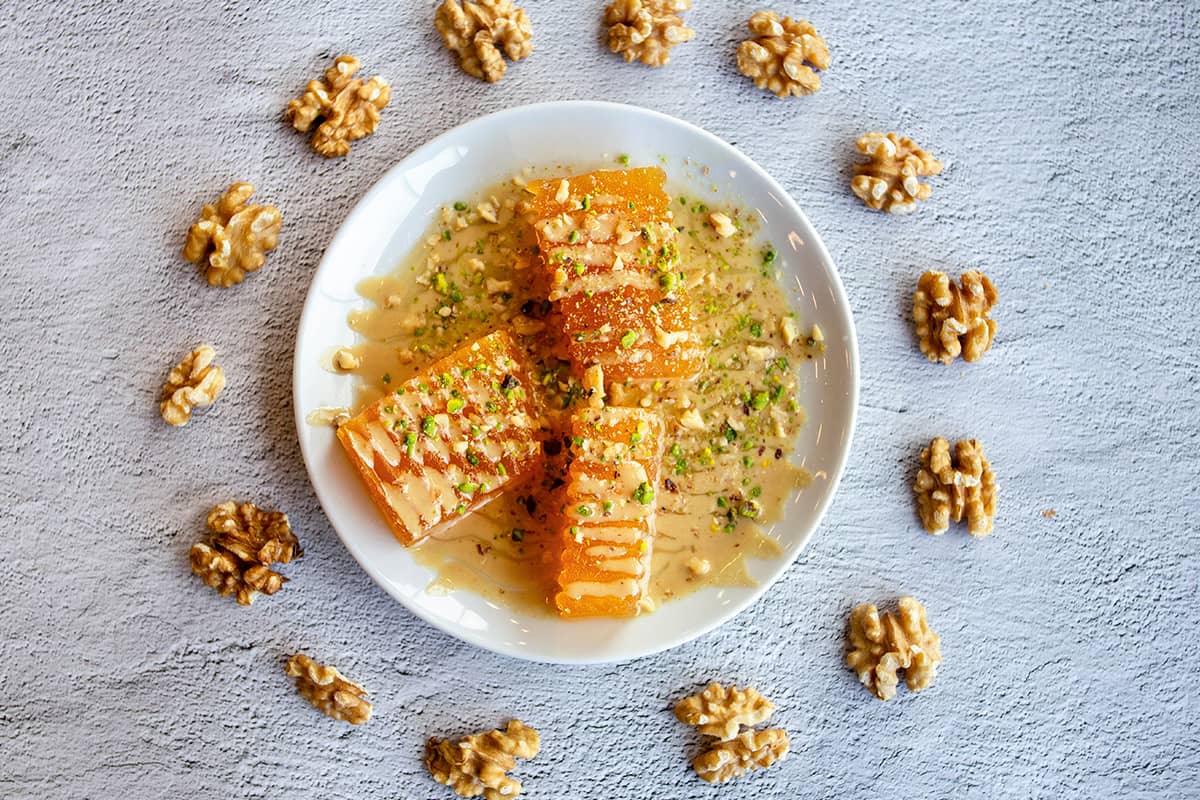 Manavgat has been a major producer of sesame seeds since the 1450s, when the town supplied the Ottoman Palace with this precious product, besides tahini. Sesame seeds still play an important role in Turkish cuisine and are used in many popular local dishes and staples. Another good way of savouring this regional speciality is to have simit (freshly baked, sesame-crusted circular bread) for breakfast. Bergamut Kabuğu Reçeli (Bergamot Peel Marmalade), on the other hand, is a precious and unique variety that ended up being registered as the city’s only geo-marked marmalade, as a testimony to the prosperous citrus groves surrounding the city. 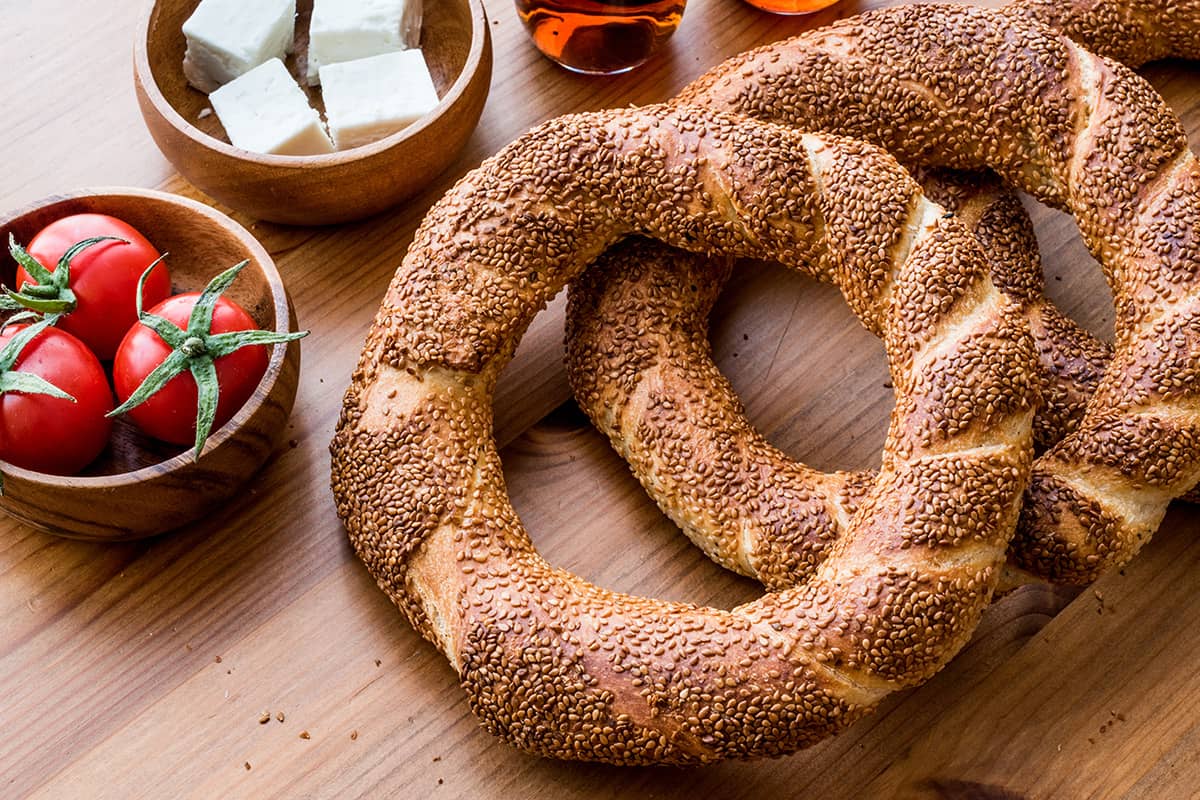 Back in Antalya, the bounties of the sea also make their appearance in upscale fish restaurants in teeming marinas and breath-taking cliffside locations, where dishes such as the local Lagos fish (the white grouper) are served lovingly under the wide-open summer sky. Yet apart from the fragrance of oranges, pomegranates and fresh seafood, the province also smells of wild thyme and oregano, as well as yoghurt, the most significant contribution of its rich Yörük (Turkish nomads of Anatolia) culture. Preserved in many ways, the yoghurt comes creamy and drained or saltier and dried. This special yoghurt is also processed into cheese, which is fermented and aged in tulum (goatskin sacks), befittingly called tulum cheese. 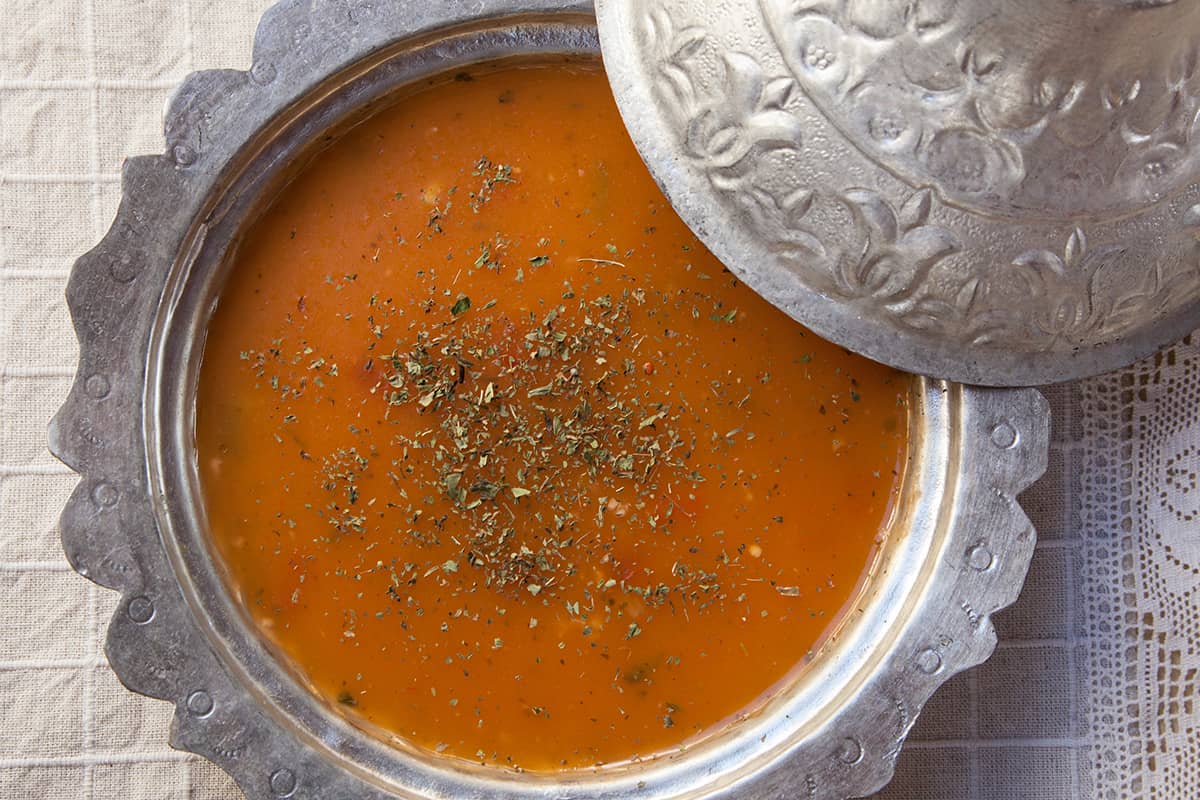 Tarhana, purported to be the world’s first instant soup, is another delicacy, composed of dried yoghurt, all available vegetables and herbs. Certainly, an inspiration for the current zero-waste food trend, as these nomadic cultures have been making the most of nature’s ingredients through practical preparation and preservation techniques for hundreds of years, and definitely, a reason to travel to Antalya’s high mountain pastures where traditional dishes are still prepared in the villages. Just another good reason, among so many, to explore this province of plentitude, where nature is the true source of good taste.