9 Movies That Have Been Set in Türkiye 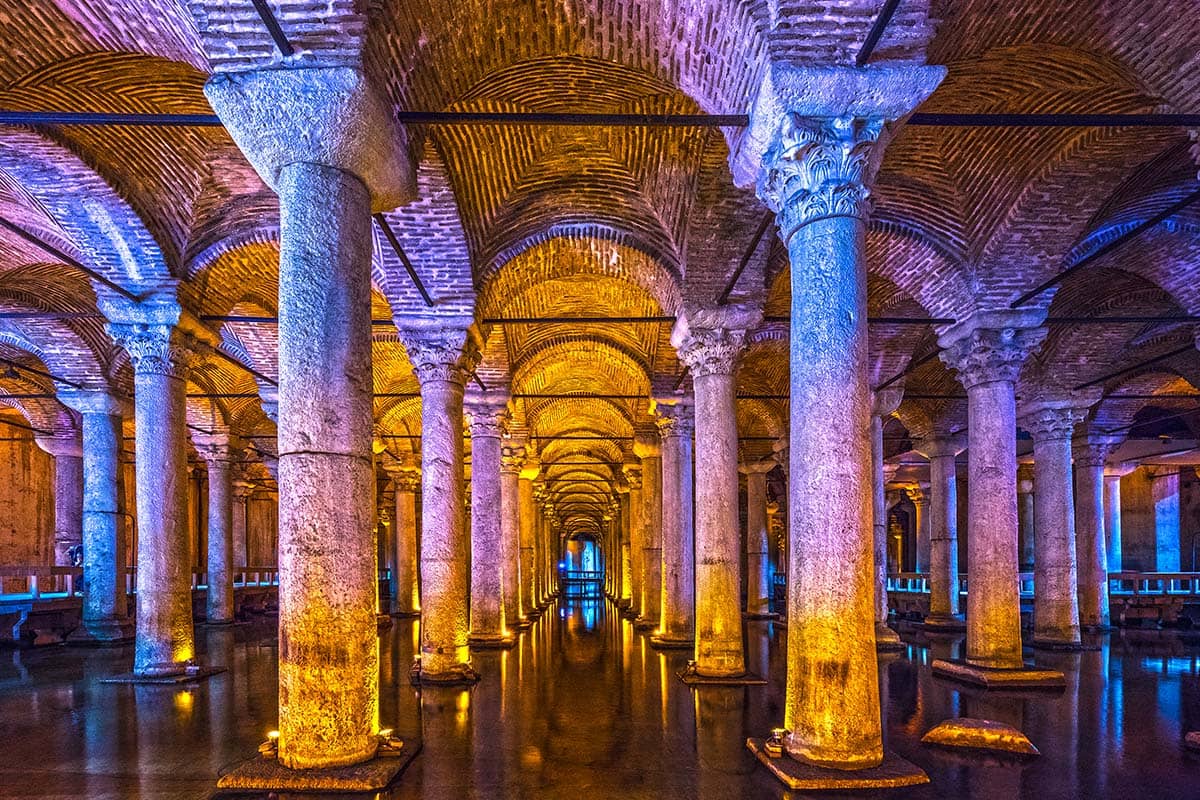 Based on the 2013 novel of the same name by the famous novelist Dan Brown, Inferno (2016) is the sequel to the Da Vinci Code (2006) and Angels & Demons (2009). Tom Hanks, as Professor Robert Langdon, pursues to stop a deadly virus from spreading around the world.

The film is an adventure starting from Italy and moving to Istanbul in the footsteps of the allegory of Hell in Dante's Divine Comedy. Langdon makes an important discovery in the Hagia Sophia mosque, and the film ends in the Basilica Cistern, one of İstanbul’s most visited historic venues.

The parts of the movie that takes place in the Basilica Cistern, which contain high-action scenes, were shot by making an exact imitation of the cistern on a film plateau in Budapest in order not to damage the historical texture of the original cistern. Built in 542 by a Byzantine emperor, this vast underground cistern has been included in a number of films over the years, adding to its popularity. 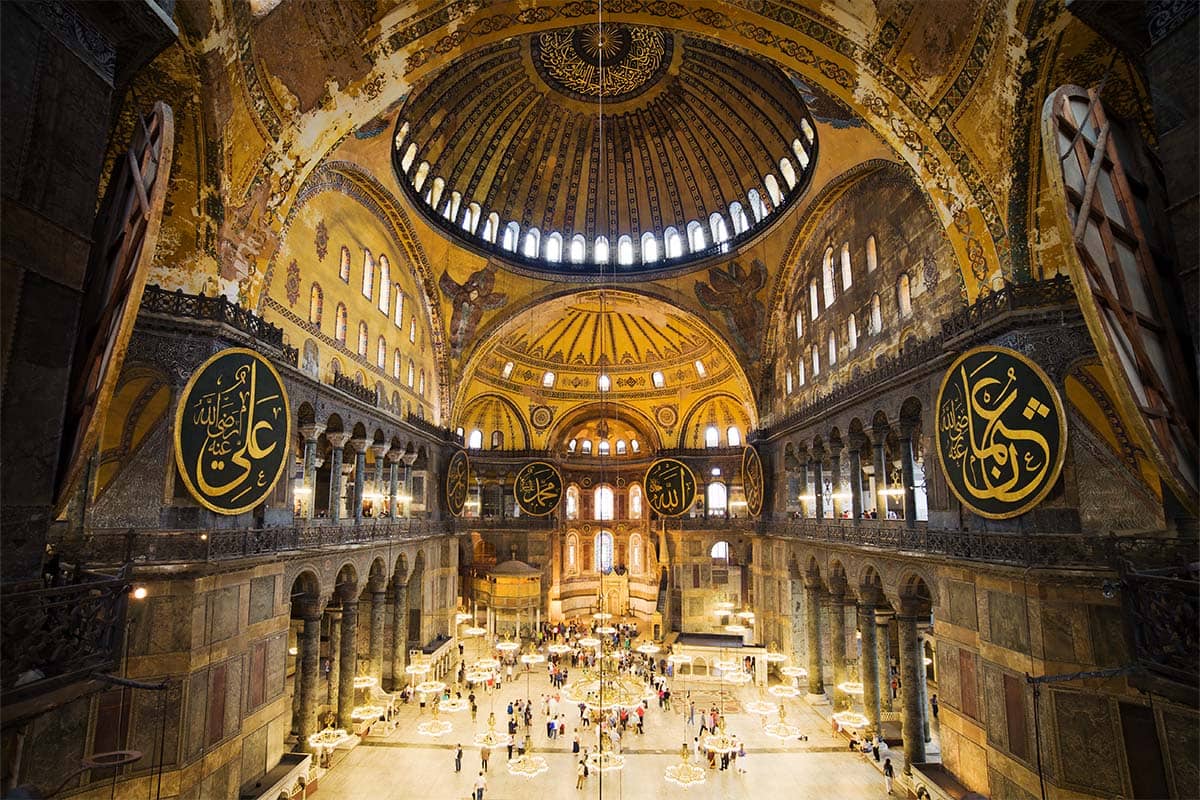 Set in 1979 and based on real events, Argo (2012) is about the rescue of six American civilians who escaped during a takeover of the US Embassy in Iran. Oscar-winner Ben Affleck directed and starred in this movie, winning three Academy Awards, including the Best Picture award.

Filming for “Argo” began in Los Angeles and continued in Washington, D.C., and Istanbul. The film could not be shot in its original locations due to the strained American-Iranian relations. That's why parts of the movie, including the Tehran sequences, were shot in Istanbul's Balat, Eminönü, Bakırköy, and Etiler neighborhoods.

Argo's shooting in Istanbul took two weeks, and five thousand extras were used in the filming. Ten streets and 150 shops were rented in the Grand Bazaar; the signs were changed and arranged like Tehran's covered bazaar. However, the most remarkable shots of the movie were taken at the Hagia Sophia mosque. The cinematographer of the film had 4000 light bulbs changed in the mosque and re-lighted the place before shooting. 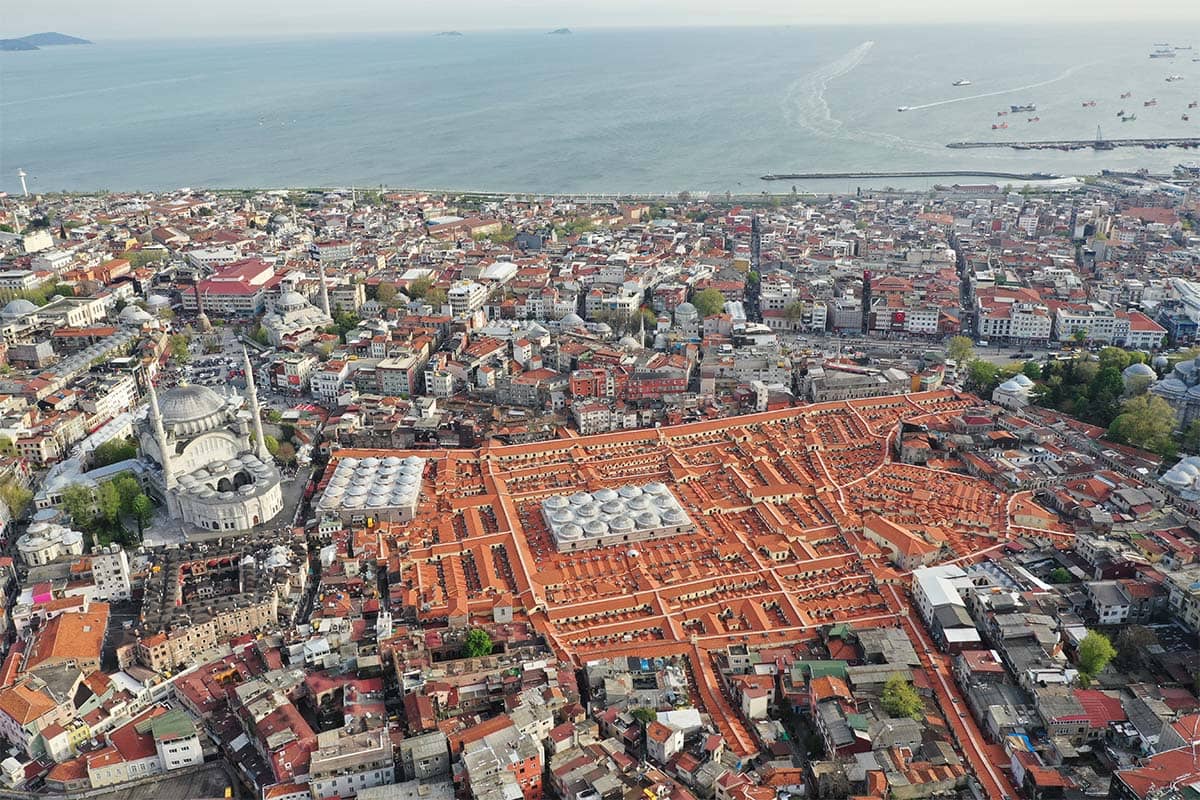 Directed by Sam Mendes, Skyfall's (2012) plot centers around Janes Bond (Daniel Craig) investigating an attack on MI6, the British spy agency. But lovers of Istanbul might want to cover their eyes for the opening scene because it takes place on the roof of the Grand Bazaar, and it involves Bond riding motorcycles on top of the iconic bazaar.

A team of 400 people worked on the dangerous scenes, and on the first day of filming in Istanbul, a stuntman lost control of his motorcycle and smashed into the window of a 330-year-old shop. Throughout the shooting, Eminönü Square and Yeni Cami took a battering at the hands of the film's director.

In addition, Adana appears with a train scene in the movie, and the locations where Bond goes to relax and find peace were shot in Fethiye, one of Türkiye’s most popular summer destinations.

As the longest-running movie franchise of all time, the Bond series is no stranger to Istanbul. Fans of 007 already know that Skyfall is James Bond’s third outing here. 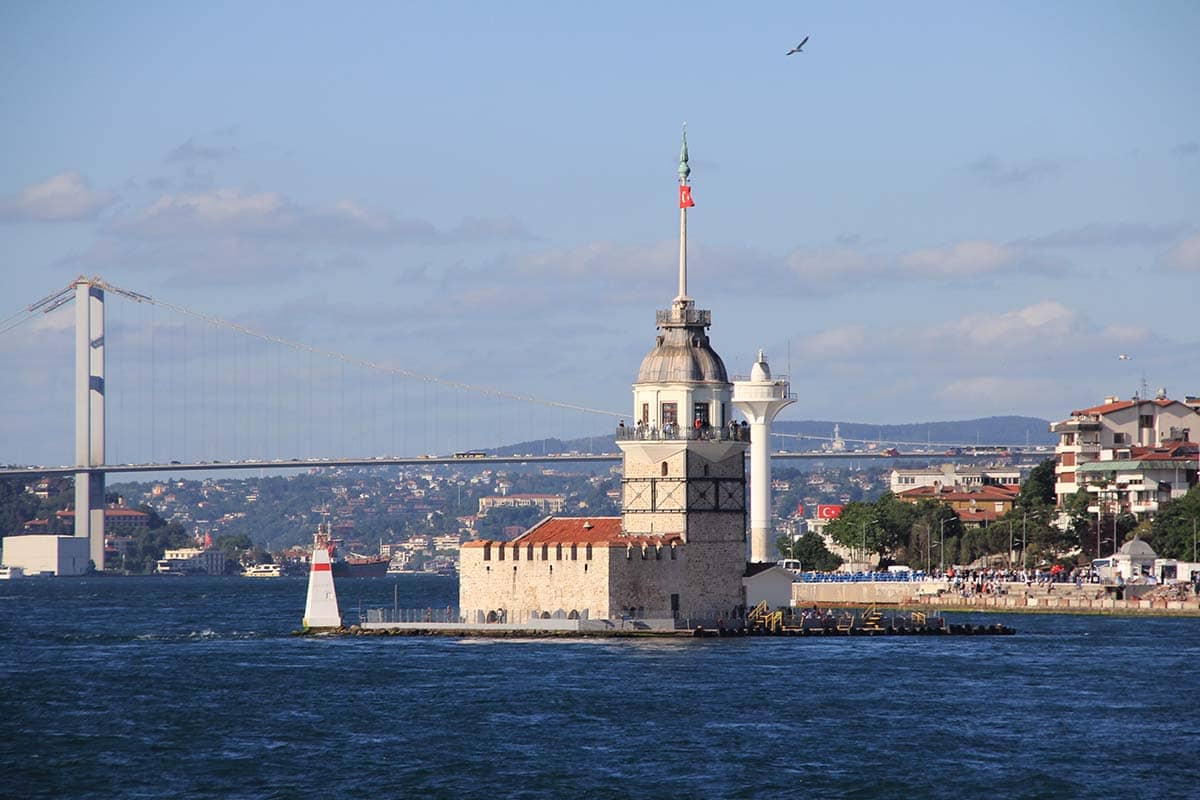 In “The World is Not Enough” (1999), Bond, played by Pierce Brosnan, unravels a scheme to increase petroleum prices by triggering a nuclear meltdown in the waters of İstanbul. And the famous Maiden's Tower is where the action takes place, adding to its stardom. 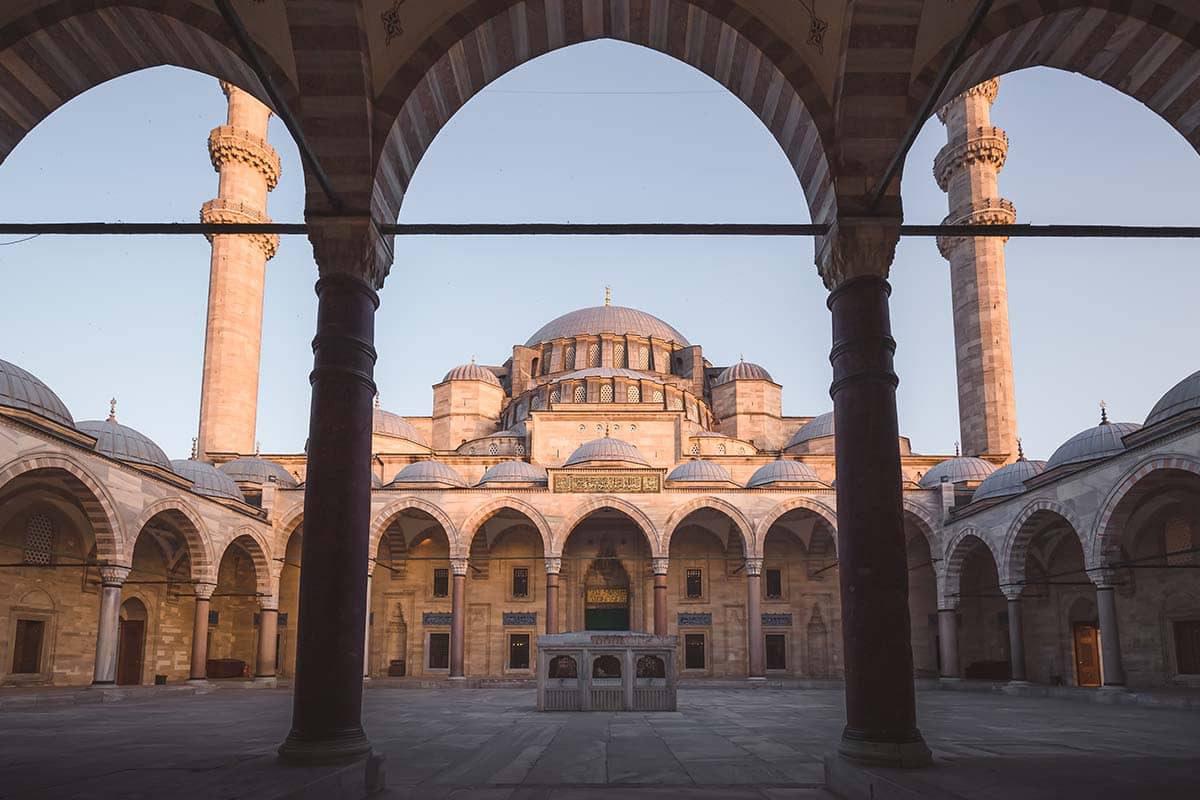 Starring Clive Owen and Naomi Watts, The International’s (2009) story begins when Interpol Agent Louis Salinger and American lawyer Eleanor Whitman cross paths while tracking the illegal business of a bank. In this pursuit, the duo who travels from country to country, ends up in Istanbul.

Parts of the film were shot in Süleymaniye Mosque and the Basilica Cistern. One interesting point: Owen, in an interview, stated that while he was running in the Grand Bazaar with a gun in his hand, he was stunned by the fact that the people around him continued their lives as if nothing had happened. Apparently, this is quite normal for the shopkeepers who see a different movie set in the Grand Bazaar every day. 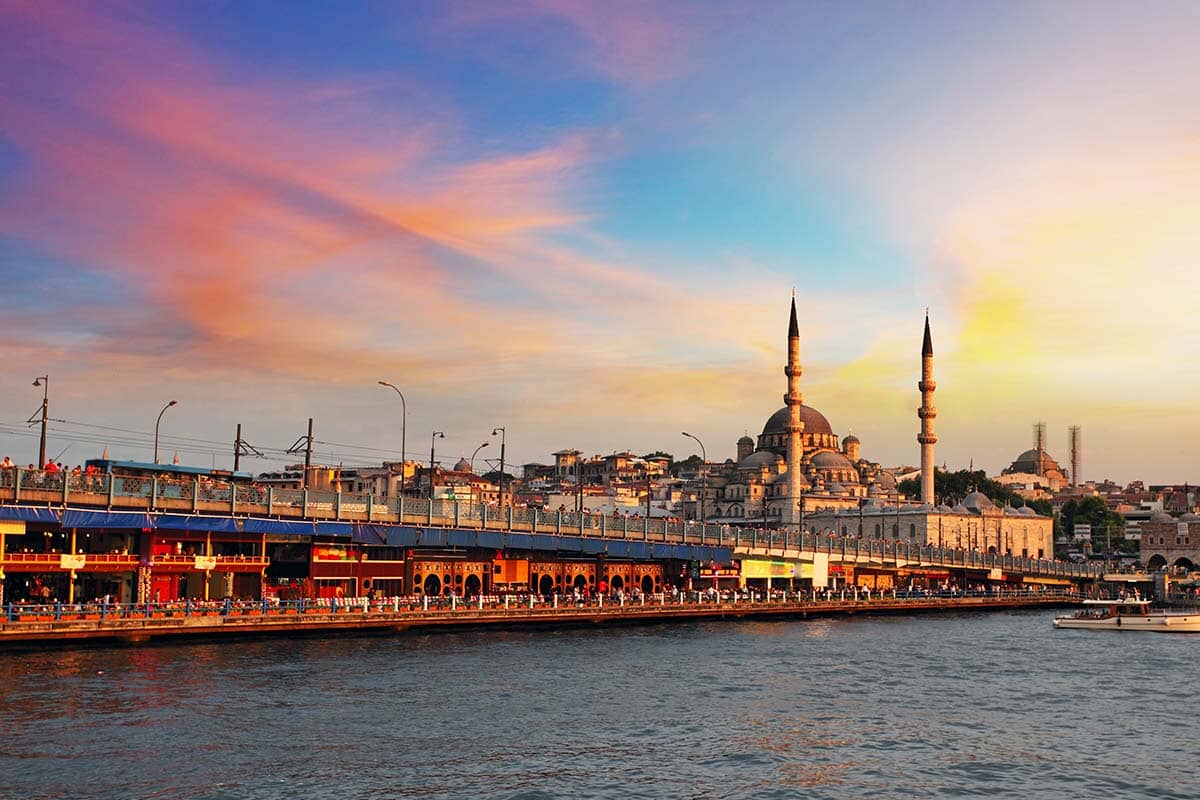 The sixth installment of the Sniper film series, Sniper: Ghost Shooter (2016) starts when snipers are ordered to protect a gas pipeline from terrorists, and they are targeted by another sniper who knows their exact location.

The film was partially shot in various parts of Istanbul, including the Grand Bazaar, Galata Bridge, city ferries, and Eminönü. A drone captures the city in all its glory with shots of Hagia Sophia Mosque, Süleymaniye Mosque, and Yeni Mosque. Spoiler alert: In one scene, the main character notices a pretty woman and follows her to the iconic Galata Bridge, where he encounters a sniper aiming for his head. 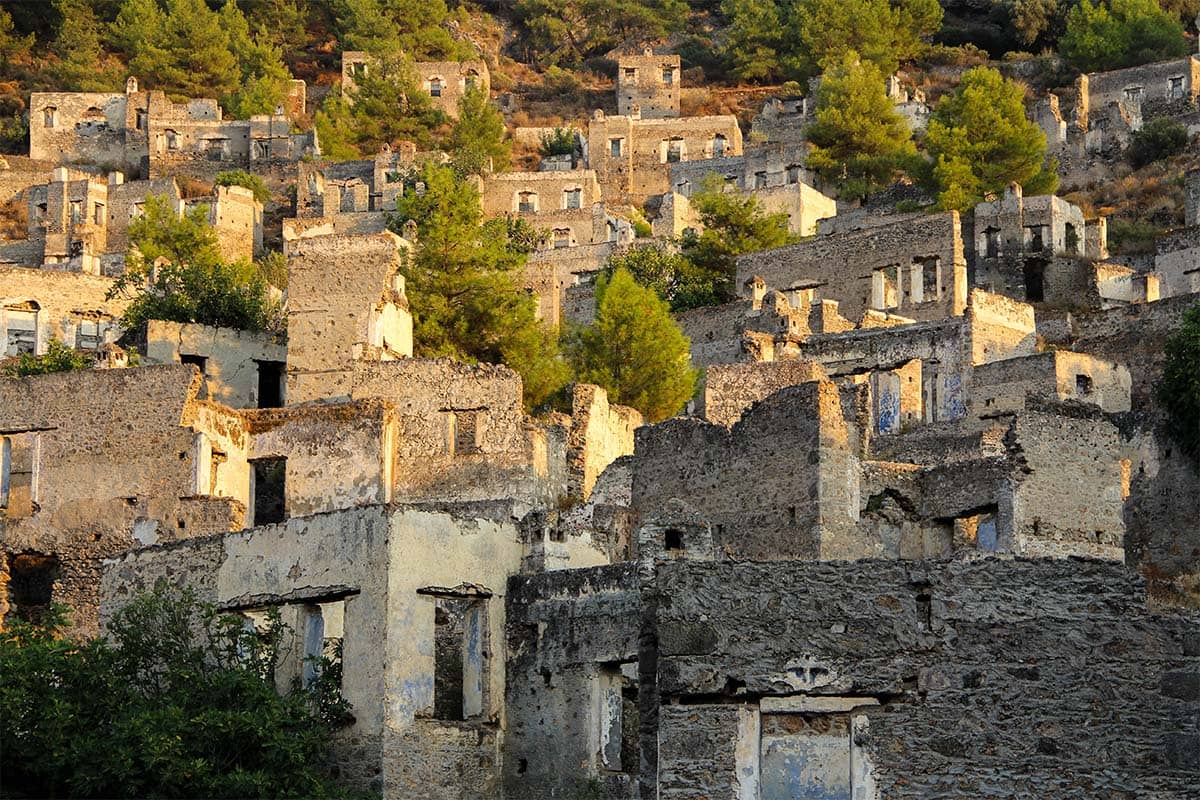 The Water Diviner (2014), directed by the famous Australian actor Russell Crowe, tells the story of an Australian father's arrival in Türkiye in search of his three sons lost in the Battle of Çanakkale during the First World War.

After shooting in various neighborhoods of Istanbul such as Sultanahmet, Çemberlitaş, Balat, and Topkapı Palace, the film crew went to the ancient Kayaköy and Tlos in Fethiye and set up a film set there to capture some of the most authentic scenes of film history. 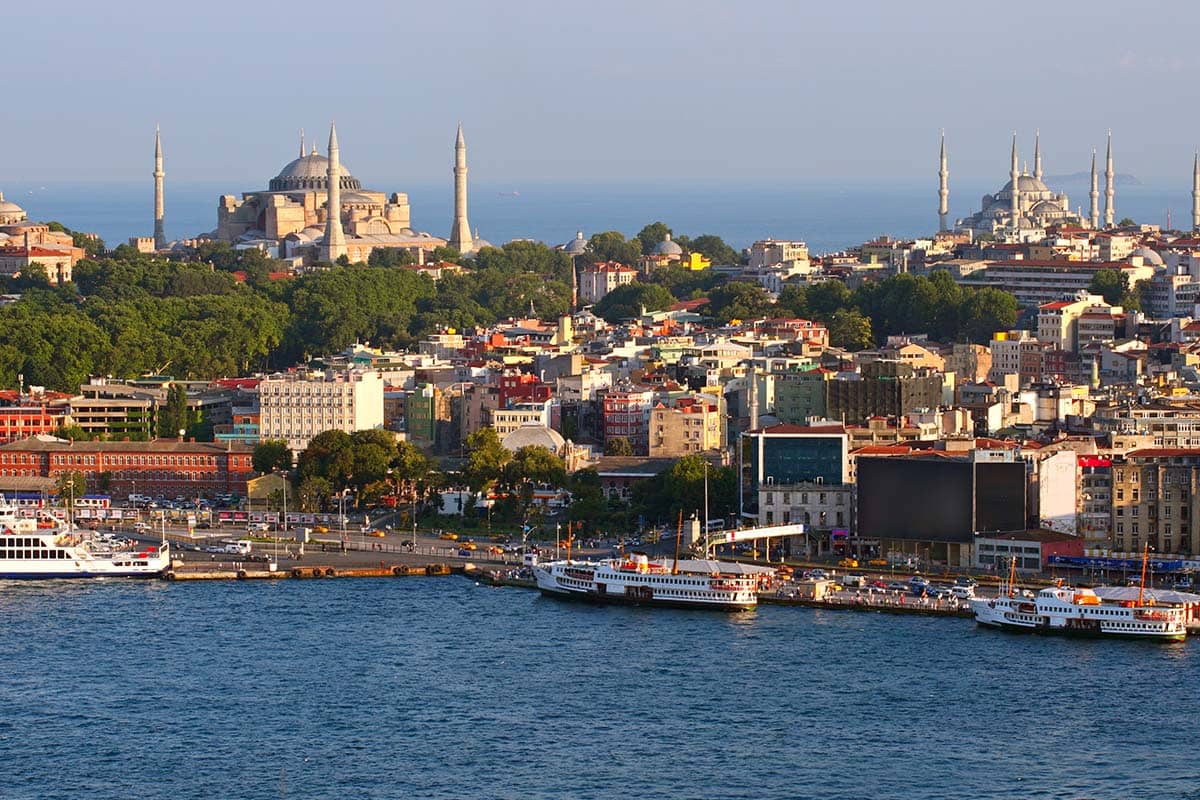 Starring Liam Neeson, Taken 2 (2012) is the sequel to the 2008 movie Taken. This time, great danger awaits Bryan Mills, the ex-CIA agent played by Liam Neeson, and his ex-wife. The father of one of the men Bryan killed to save his kidnapped daughter is after them on vacation in Türkiye for revenge.

The Istanbul part of the shooting was done in Karaköy, Eminönü, Balat, Grand Bazaar, Beyoğlu, Kuruçeşme, Topkapı, and Salacak. Especially, the car chase scenes feature much of the Istanbul skyline. Also, a part of the film was shot in the historic Çemberlitaş Hammam. Apart from Istanbul, some shooting took place in Dalaman, Göcek, and Köyceğiz.

Meanwhile, Turkish viewers had a complaint: For some reason, the taxi cabs and police vehicles in the movie are taken from the 1970s. Let’s see if you can spot them in the movie! 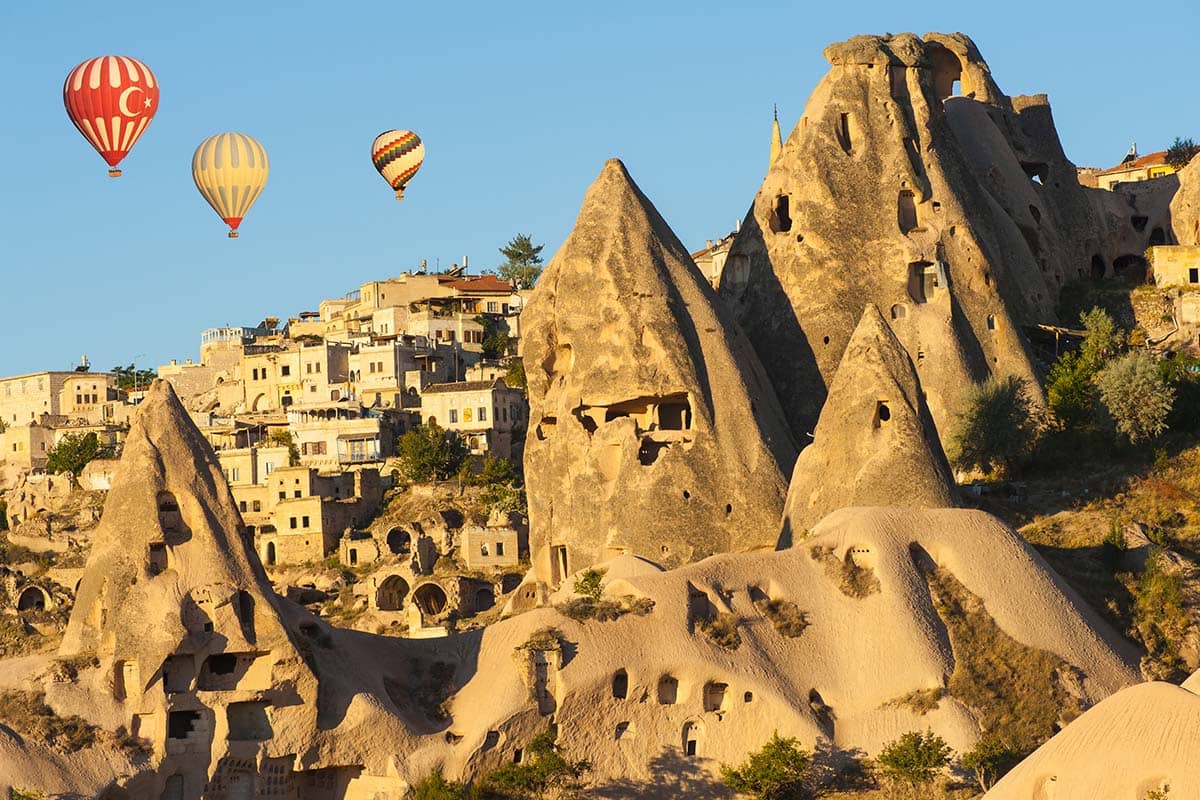 The final scenes of the movie Ghost Rider: Spirit of Vengeance (2011) starring Nicolas Cage and Eva Mendes were shot in Cappadocia, famous for its fairy chimneys, and at the Hierapolis Ancient Theater in Pamukkale, Türkiye’s prettiest natural pools.

In this movie, a French monk asks for Ghost Rider's help to save a young boy from the devil. In exchange, he offers to return Ghost Rider's soul. In one of the most dramatic scenes, the child is on the stage in the ancient theater waiting to be sacrificed. 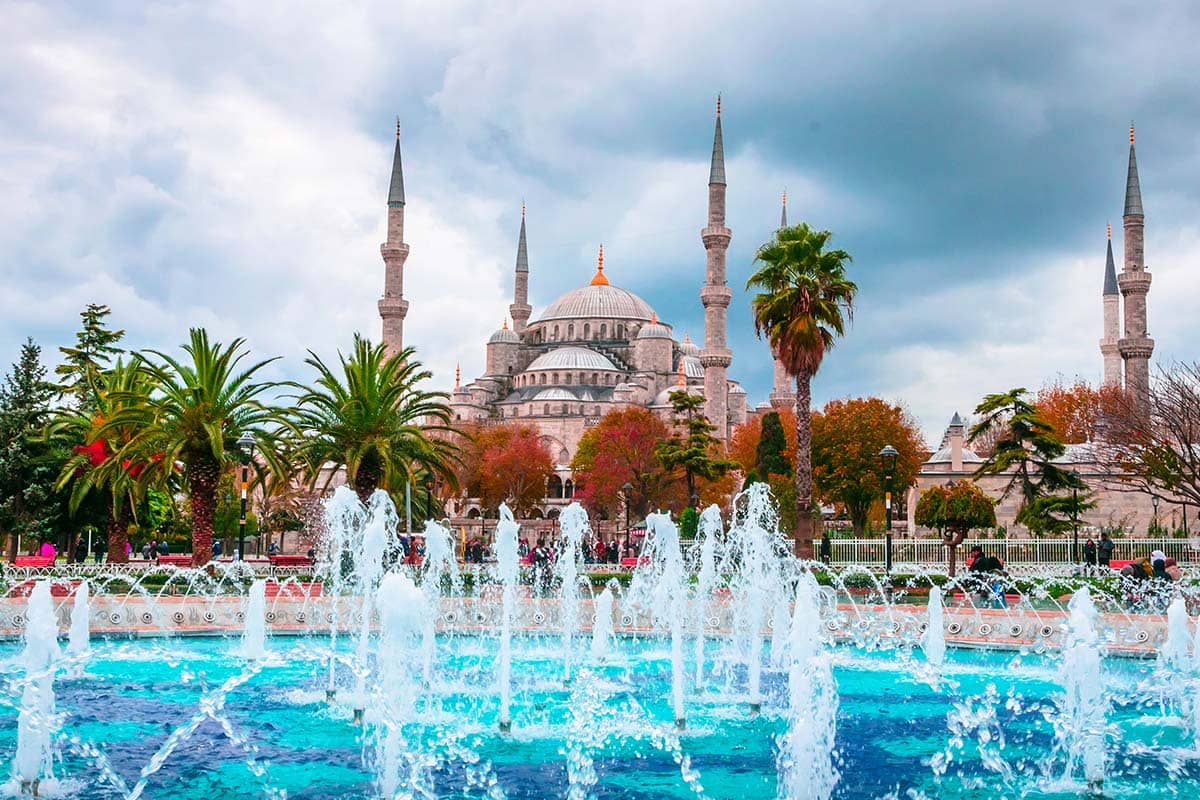 Set in the fictional Arab country of "Abuddin," Tyrant (2014) was a popular political drama series. The shooting of the last two episodes of the first season of Tyrant, which was shot in Israel, was moved to Türkiye due to the Israeli-Palestinian conflicts in the region.