6 Turkish Caves That Are Worth Discovering

Türkiye is a true paradise for caving enthusiasts. Discovering the country’s hidden caves is a thrilling adventure. With its unique geography and more than 40,000 caves, Türkiye welcomes those who want to discover underground lakes, cisterns, stalactites, and stalagmites.

Visiting underground caves will make you feel like you are in a fantasy film set. Luckily, many impressive and mysterious caves can be found throughout Türkiye to explore. A cave is more than just a void in the ground; it is a portal to mysterious nature. We've listed a few Turkish caves that we think you'll enjoy exploring.

Go on a Mystical Journey with Boats in Altınbeşik Cave 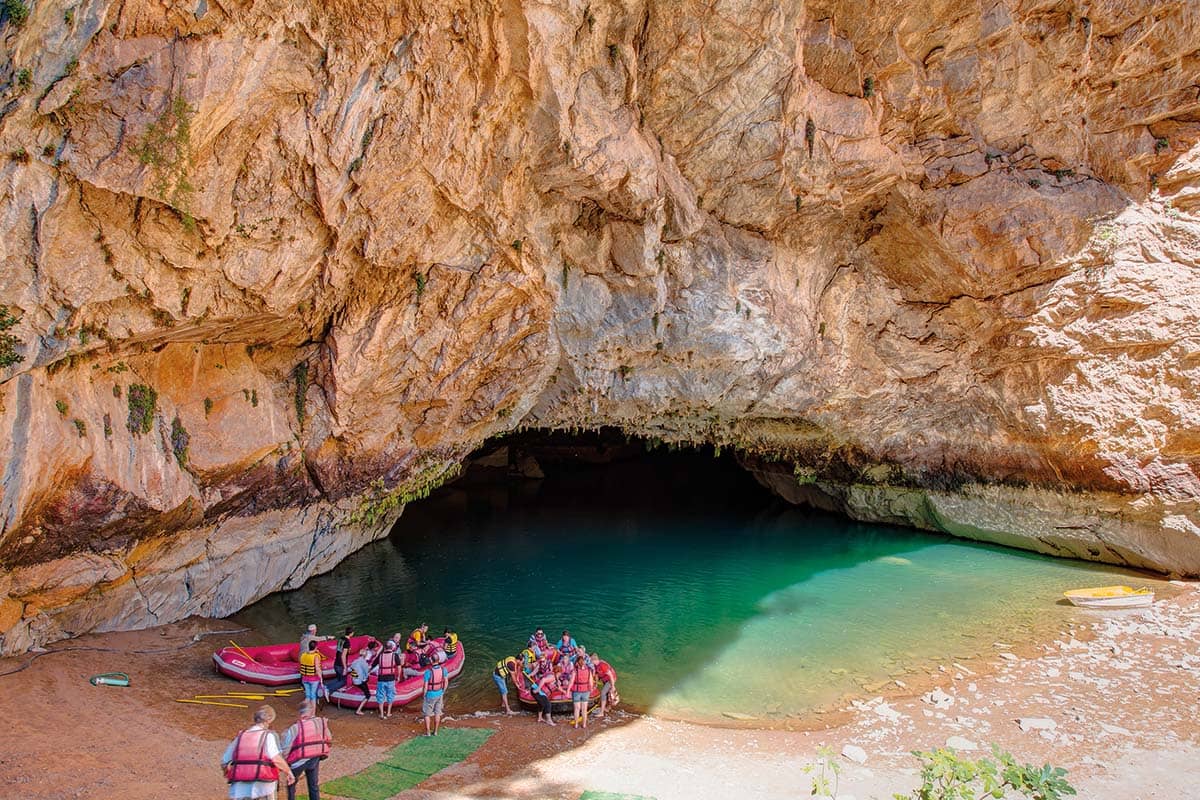 You are looking at Türkiye's largest and Europe's third largest underground lake. It is situated near Antalya's Ürünlü Village. You can visit 350-meter section of Altınbeşik Cave with boats. A 125-meter-long lake greets you as you board the boat. The stalactites you see at the cave's mouth were once a swallow's nest. The cave's rocks are composed of limestone. It is essential not to touch surfaces with your bare hands because  your body heat may make the stones darken. Inside the cave there are waterfalls and natural bridges some of which have been destroyed by water pressure. 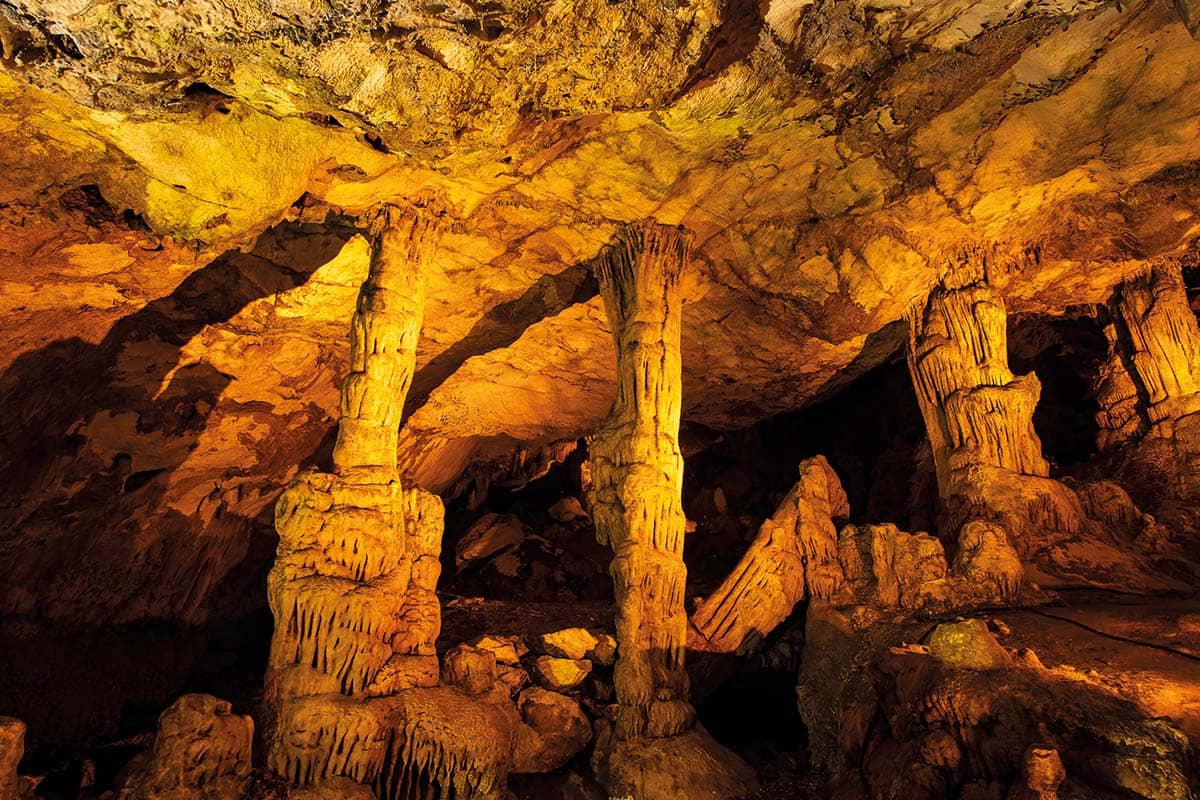 3.4 million-years-old Ballıca Cave is worth entering the UNESCO World Heritage List. This chateau-looking cave is located in Ballıca village of Tokat in the Black Sea region. It is both a natural beauty and a healing source. People with breathing problems can find the remedy here thanks to the high oxygen levels in the cave. The cave's fascinating natural beauty such as honey-colored columns, stalactites, stalagmites, and dripstones create a dazzling atmosphere. 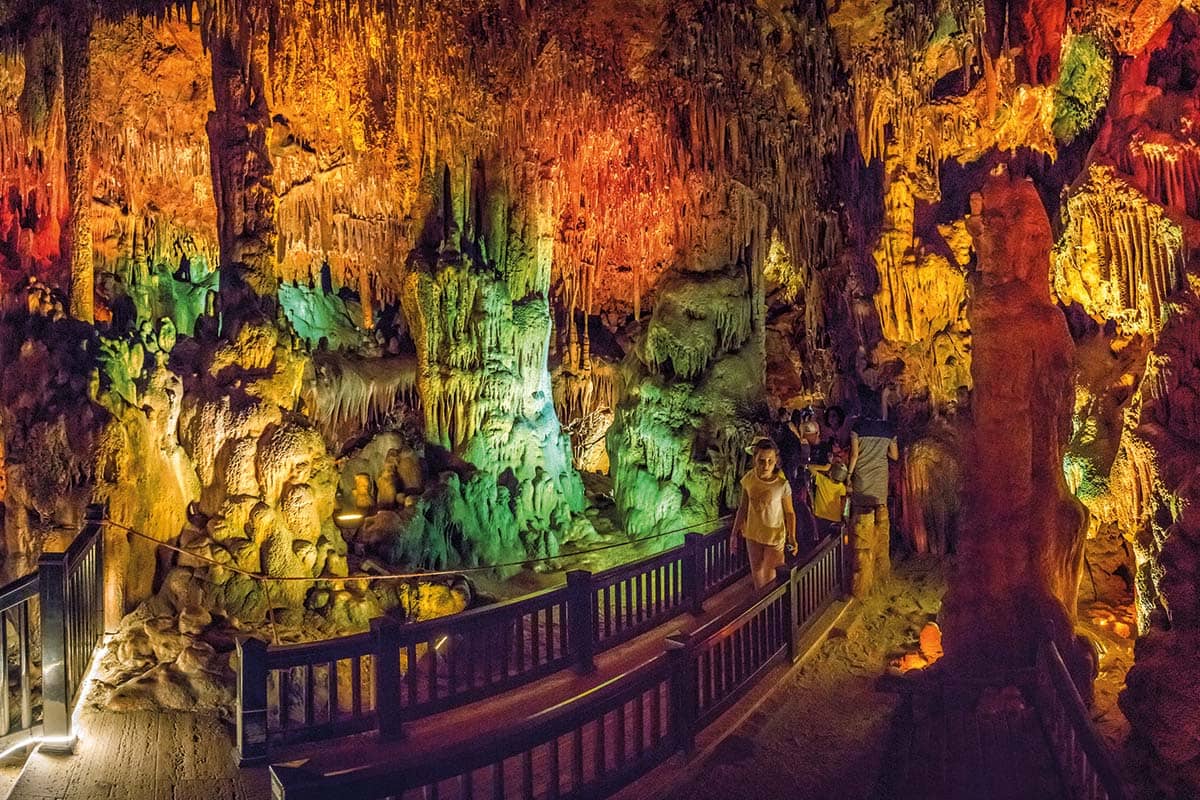 Damlataş is a cave by the sea in Alanya district of Antalya. It is Turkiye's first cave that was opened to tourists. It was discovered in 1948 as a result of a dynamite ignition. There is Kleopatra Beach in front of it which adds to its popularity and glory. You walk through a 50-meter-long passage as you enter the cave. Then you can reach the cave's bottom by going down the cylindrical gap. Its 1500-years-old stalactites will transport you back in time. 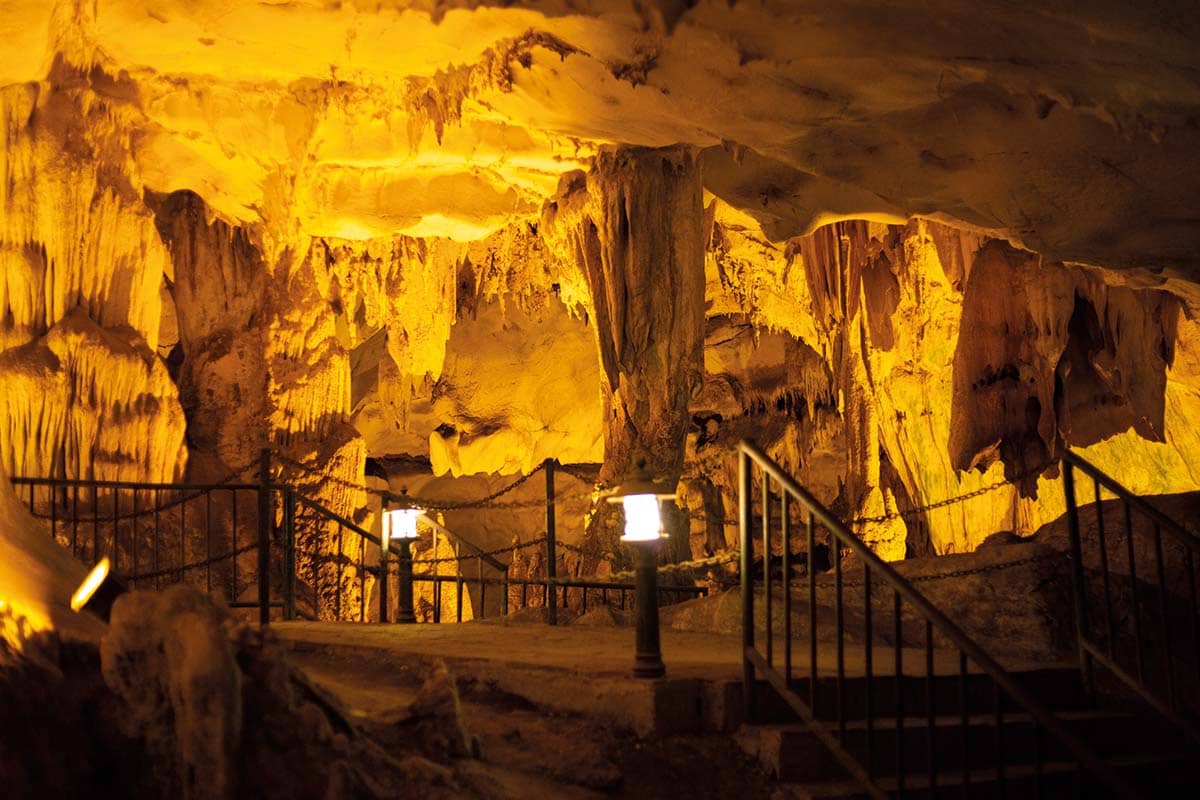 Dupnisa Cave is located in the Demirköy district of Kırklareli, Thrace region. It has a constantly flowing underground river as well as deep lakes that are breathtaking. Although there are many stairs to climb, the massive stalactites, stalagmites, and dripstone ponds make the effort worthy. The Dupnisa cave is divided into two sections. The upper cave is called Kuru cave, literally meaning the dry cave, and the lower cave is called Sulu cave or Dupnisa, indicating the existence of water. This cave once housed the largest bat colony in the Eastern Europe.

Step into the Unknown in Karaca Cave 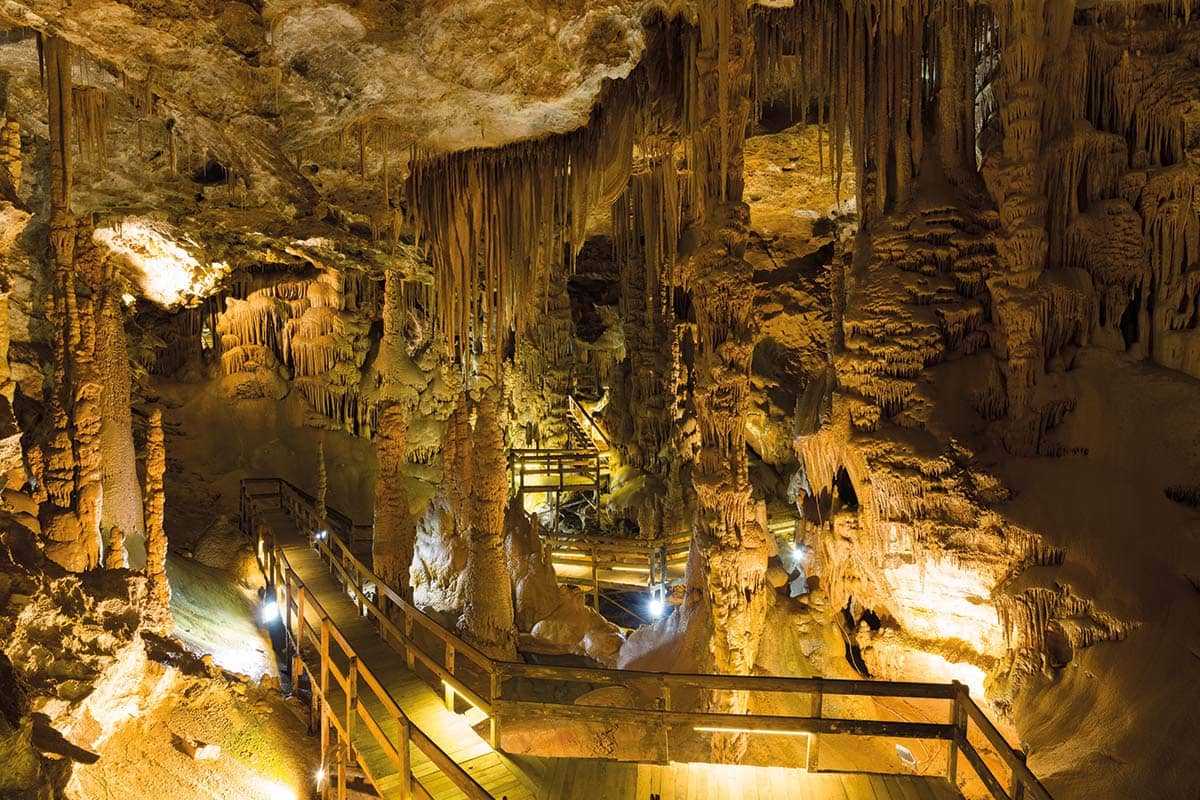 Karaca Cave is located in Cebeli Village of Torul, Gümüşhane. Karaca Cave is more like an underground palace than a cave. This underground palace located at a height of 1550-meters above sea level fascinates those who visit it. The cave contains travertines of diverse colors ranging from white to dark blue. In terms of color and motif diversity, it is a rare cave type in the world and it will surely move you from the actual world to a fantastical realm.

Witness The Traces Of History In Karain Cave 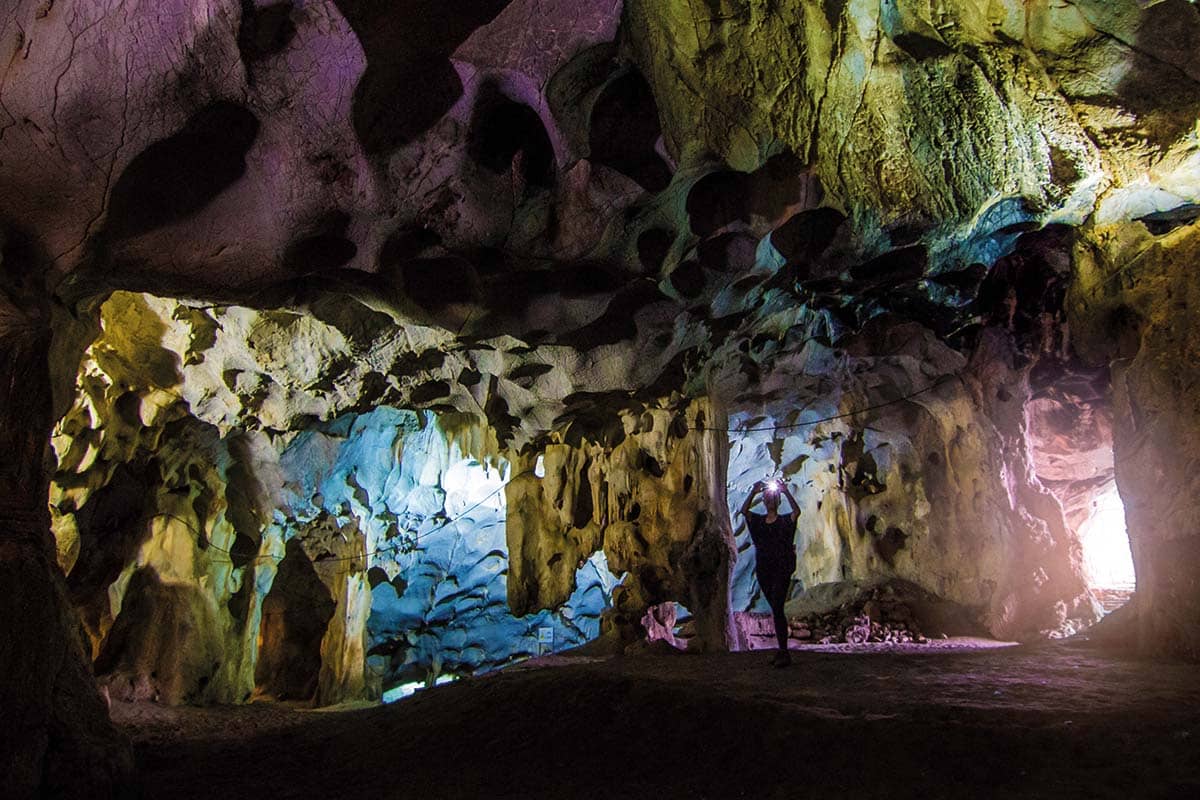 Karain Cave is located within the borders of Yağca village of Antalya. It stands out not only because of its natural beauty but also because of its 500-thousand-years history. Karain Cave is a significant paleolithic center for Anatolian and Near Eastern history. The artifacts discovered in the cave present first examples of Anatolian art that is sure to impress you.