With its unique aspect of bridging the continents of Asia and Europe, the Bosphorus has been home to countless cross-continental sports races and events over the ages. Swimmers, cyclists, runners, sailors, and motor racers, as well as spectators from all over the world flock to Istanbul for a chance to challenge themselves and experience one of the most stunning scenes in the world. Here's a list of some of the best races and events taking place in Türkiye every year. 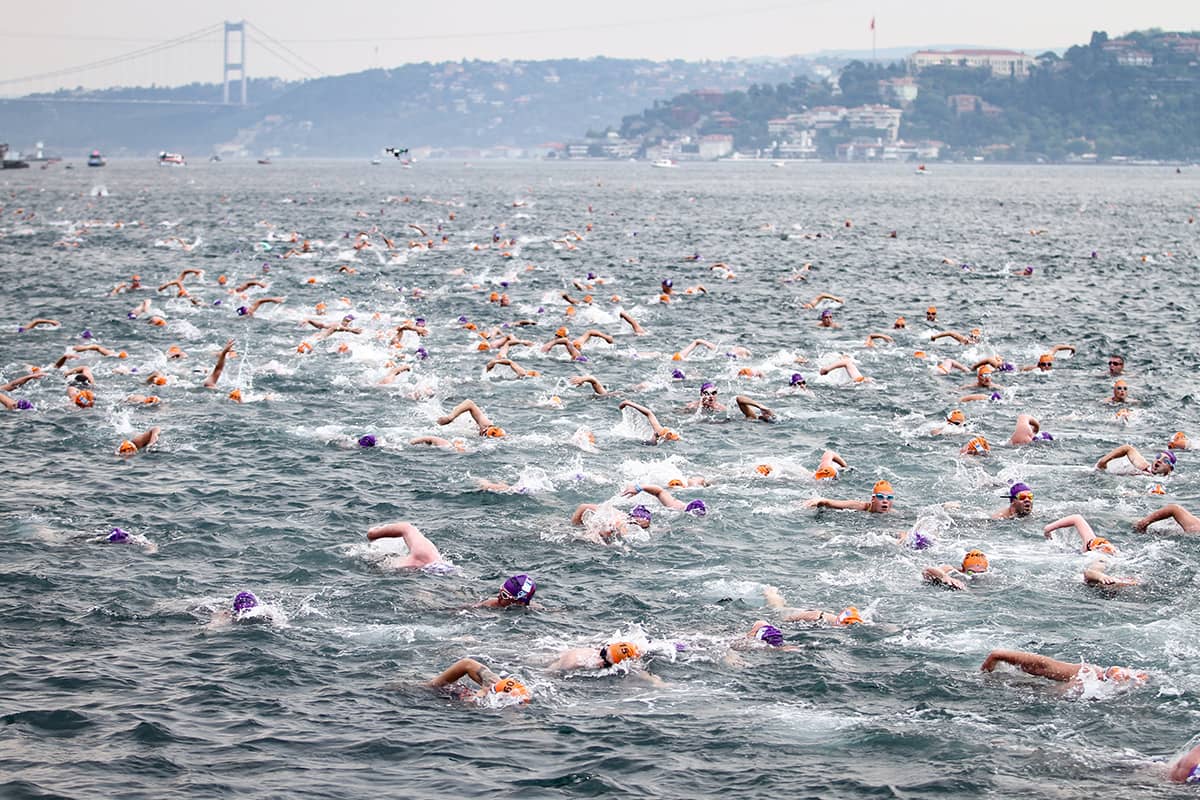 Possibly the most interesting of these events is the Bosphorus Cross-Continental Swimming Race. Held annually since 1989, it is the world's only official cross-continental open water swimming competition. The intricate marine traffic on the 30 km long Bosphorus ceases for one day, and over 2000 swimmers from 50 countries jump in the turquoise water to cross one of the most challenging straits of the world against the current.

The 6.5 km (4 miles) race begins in the Kanlıca neighbourhood on the Asian side and ends at Cemil Topuzlu Park of Kuruçeşme district on the European side. Over the years, the race has become so popular that online application quotas fill in a matter of minutes. If you are interested, save the date and don’t forget to pack your swimsuits! 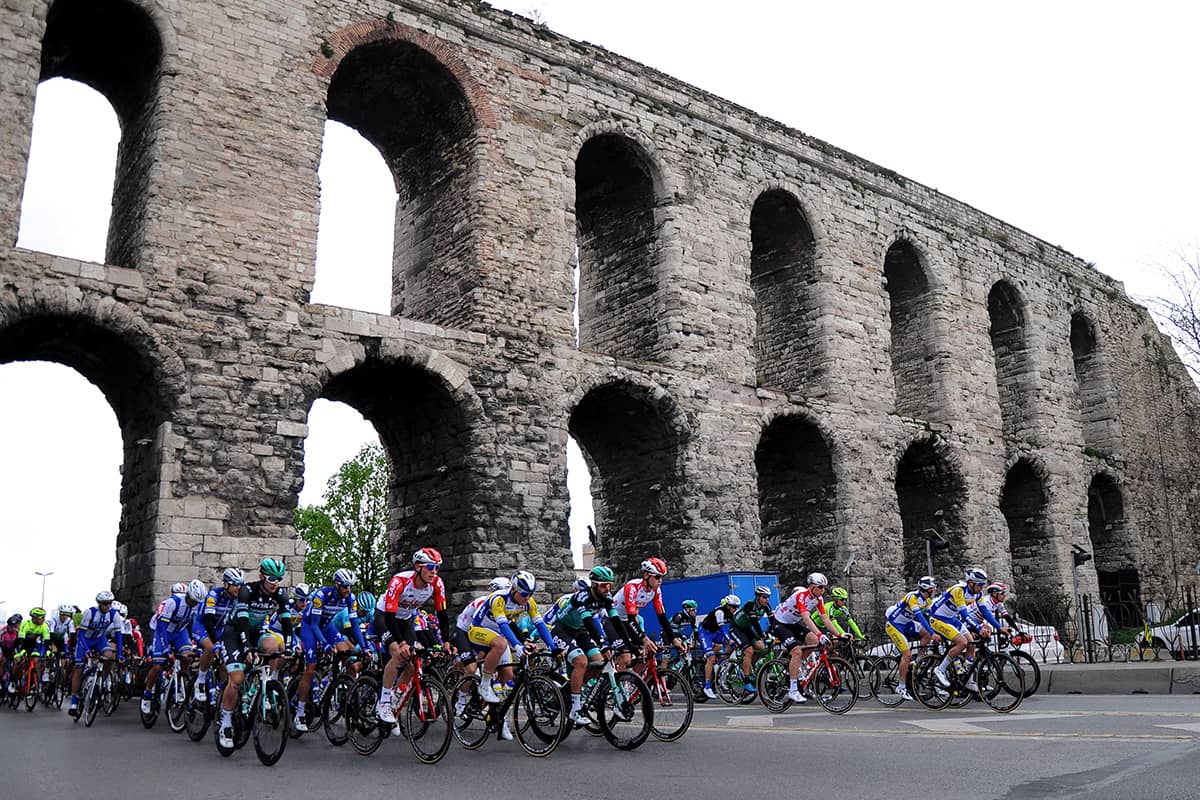 When the Presidential Cycling Tour of Türkiye (also known as TUR) started in 1963, it was called Marmara Tour, and it was the world's only cycling tour bridging two continents. Today, the racetrack of this 7-day event no longer includes Istanbul. Still, for the 2019 event, the organizers added a 'nostalgic touch': After kicking off the race on the European side of Istanbul, the cyclists rode the final stage through the Eurasia tunnel, which connects Asia to Europe beneath the Bosphorus Strait. 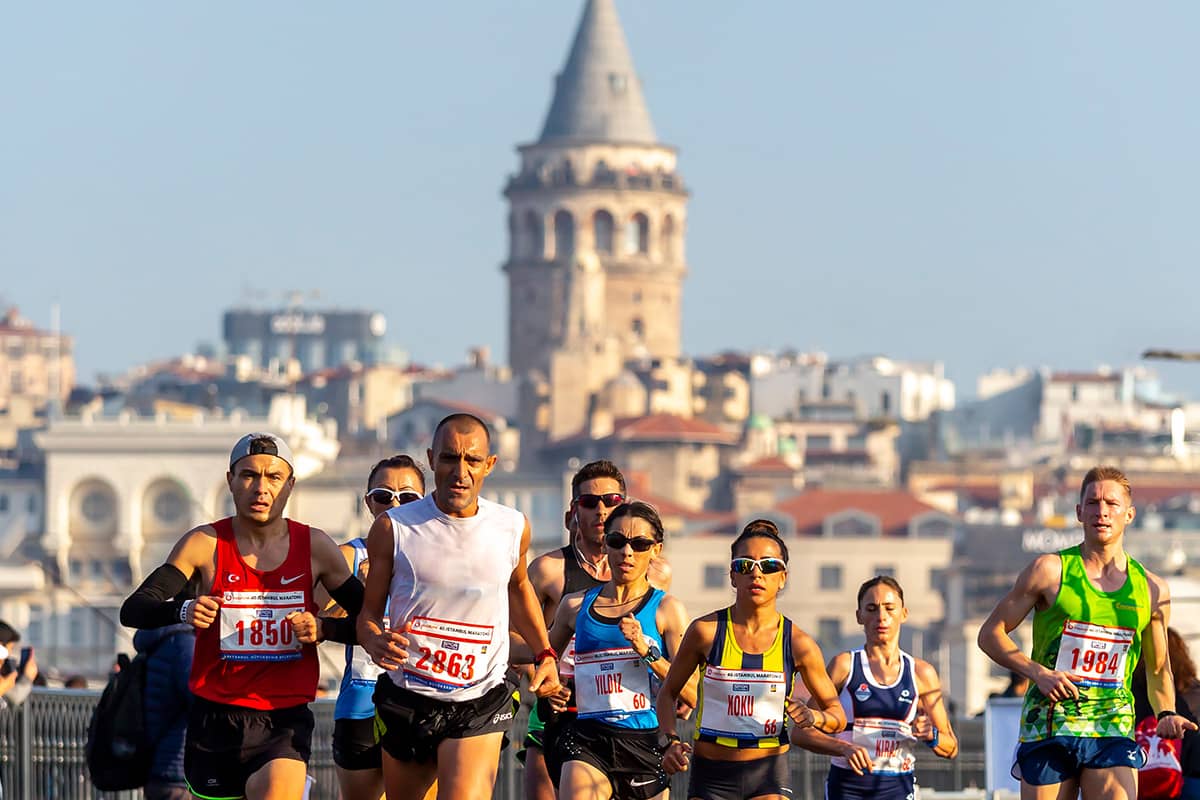 As the only marathon in the world spanning over two continents, İstanbul Marathon, formerly known as the Eurasia Marathon, is an occasion to celebrate friendship and peace. Athletes from all over the world and the inhabitants of Istanbul look forward to it every year.

This is the only day of the year that pedestrians are allowed on the July 15 Martyrs Bridge to enjoy the city from a different perspective. First held in 1979, the marathon has three categories, 42K, 15K, and the public run of 8K. In 1998, 150,000 people took part in the public run, setting a record. The racecourse has changed slightly over the years, but it always begins from the Asian side and ends on the European side. The route is famous for its fabulous sights passing through historic and modern parts of the city. 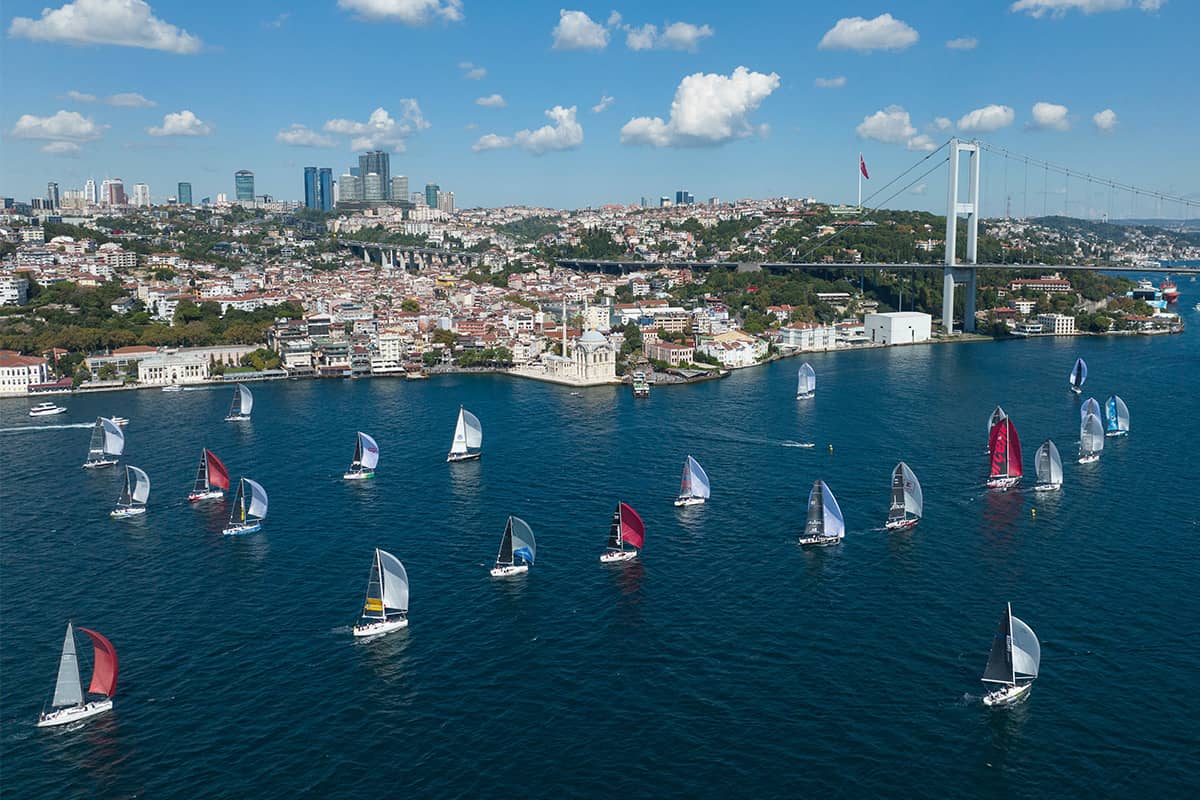 As the most prestigious sailing regatta in Türkiye, the Bosphorus Cup has been painting the turquoise waters of the famous strait with its lively colourful sailboats since 2002. The two-day sailing event brings together over 70 boats and 500 sailors, who sail in good northerly winds against the strong Black Sea current.