Considered among the oldest towers in the world, the Galata Tower was first built in 507-508 CE to serve as a fire watchtower. Since then, it has managed to become one of the symbols of İstanbul’s eternal spirit. 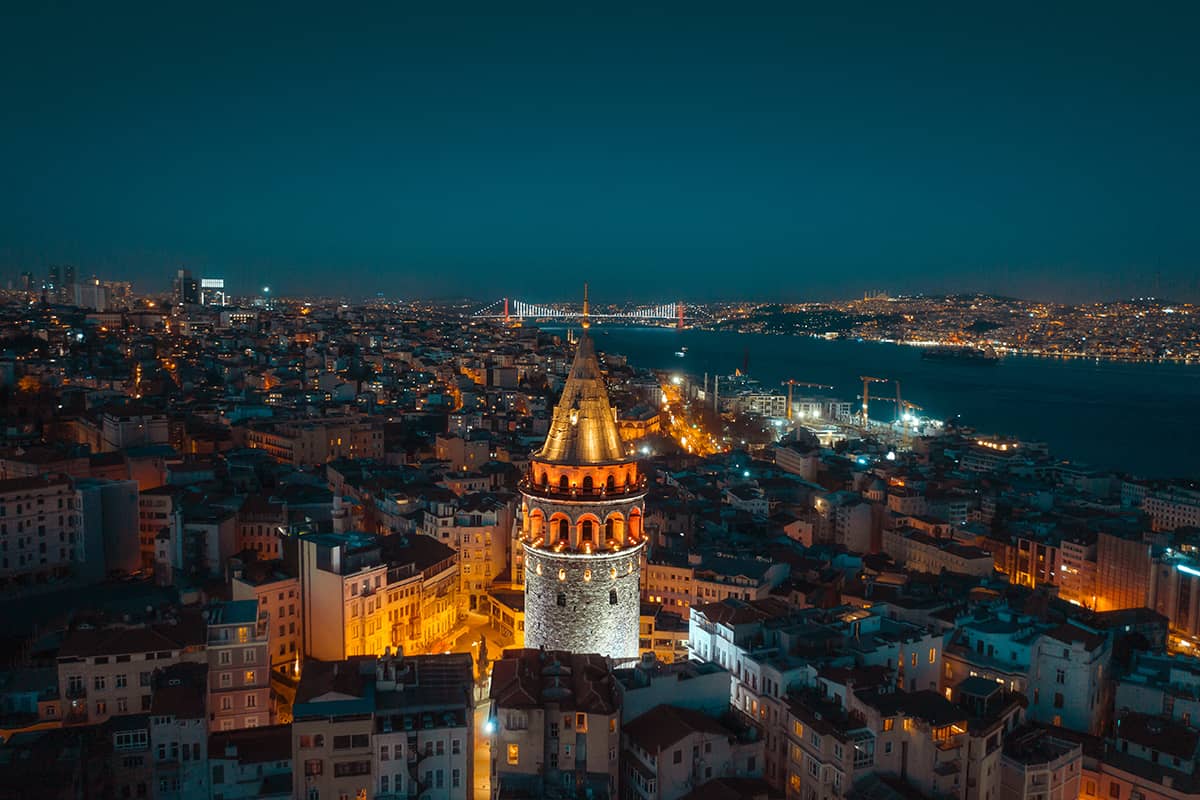 As the saying goes, good things take time, and it has taken more than 1,500 years for the tower to look as it does today. It has been repaired and even reconstructed several times, and the current tower was erected by the Genoese in 1348. During the reign of Sultan Mahmud II, the Galata Tower attained its current look with the addition of its famous cone-shaped roof and the last two floors.

Due to the tower’s expansive history of restoration and renewal, there is a great variety of styles reflected on its floors. The first three floors, for example, reflect the characteristics of Genoese architecture, whereas the rest present a distinctive Ottoman style. 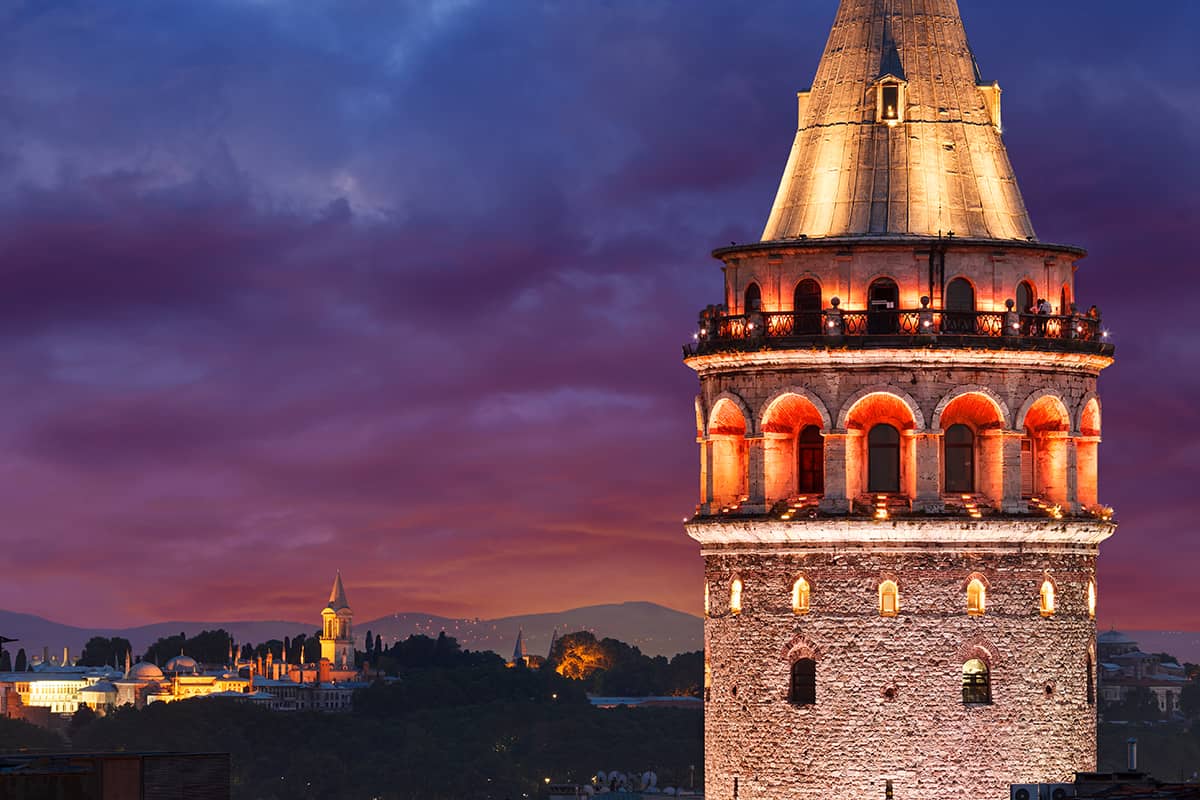 There are also several stories that have added to Galata Tower’s fame.

For example, although modern historians disagree with Evliya Çelebi, his famous travelogue mentions Hezârfen Ahmet Çelebi who according to Evliya Çelebi used a pair of wooden wings to fly from the Galata Tower to the district of Üsküdar on İstanbul’s Asian shore. 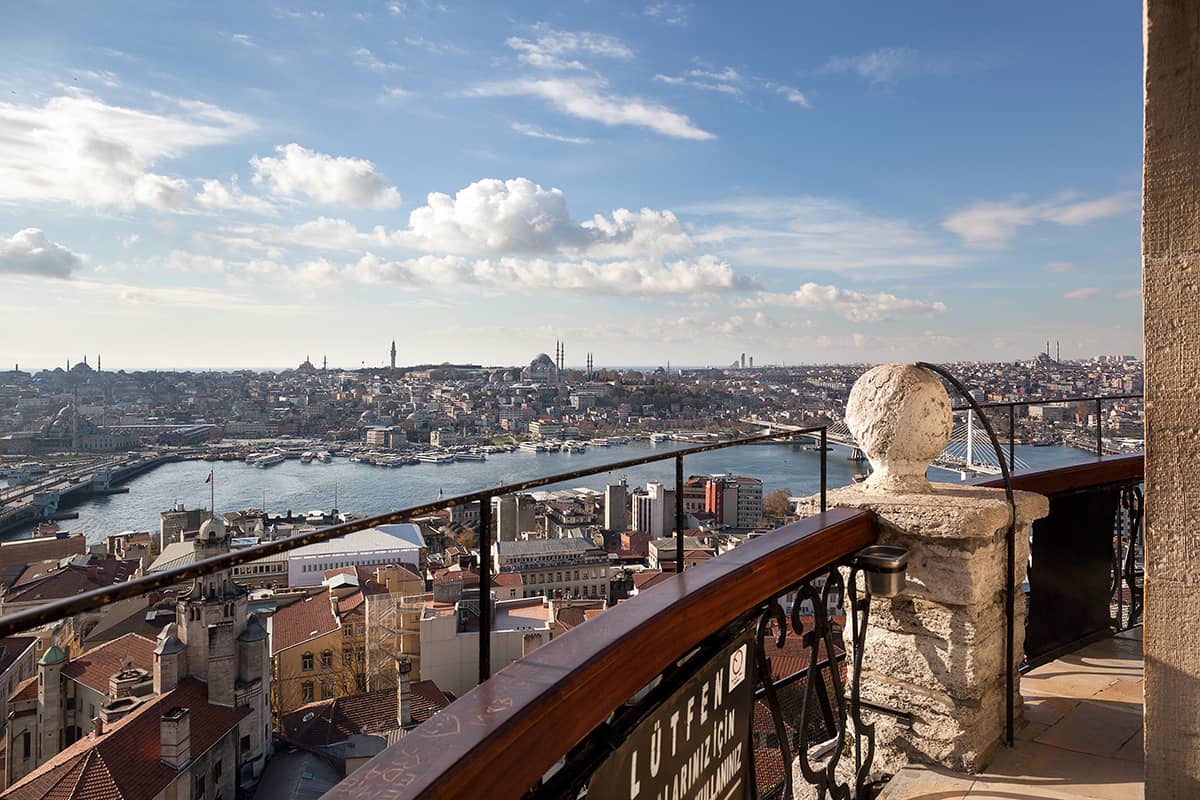 Another common legend predicts that you are destined to marry the person with whom you ascend the historic tower. This has given rise to the tradition whereby many couples queue to visit the tower’s famous observation terrace. 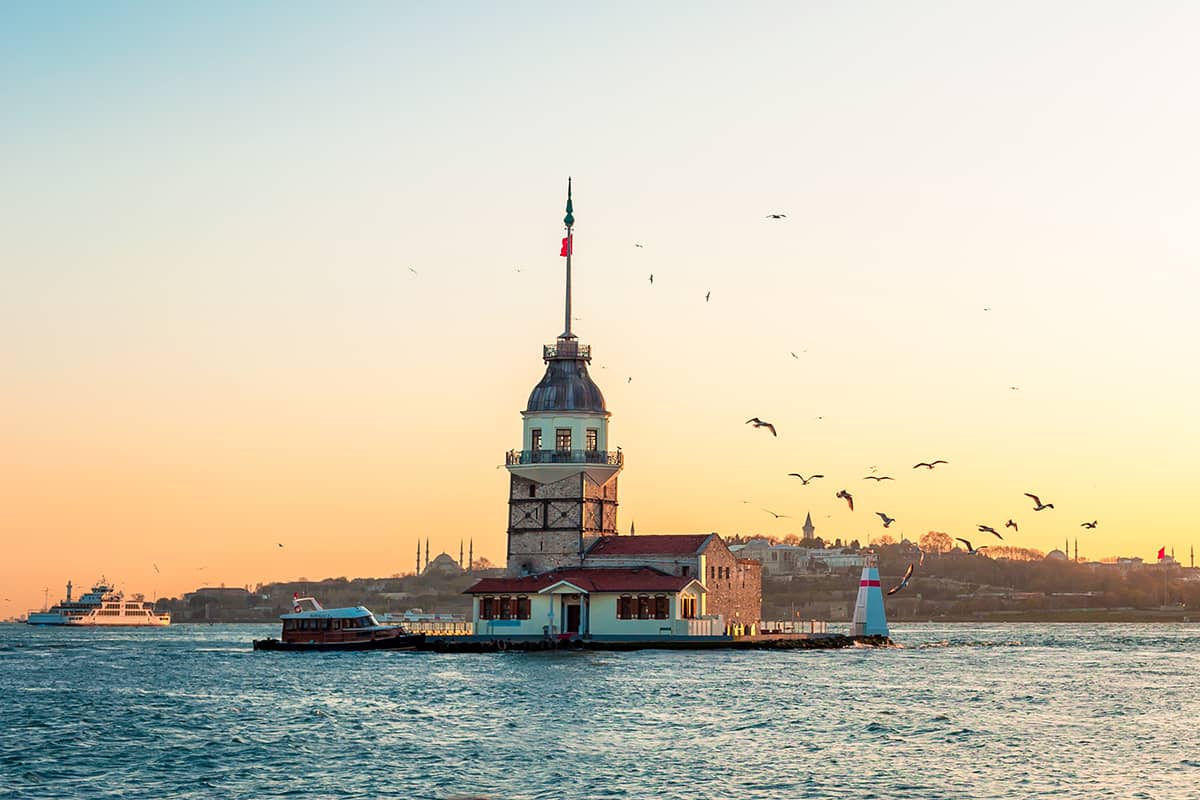 The Maiden’s Tower is located on a small islet near the Bosphorus Strait. It is not known exactly when the tower was built, but the architectural style points to the 300s BCE. Having served as a custom station for ships, the islet is thought to have been connected to the Asiatic shore through a defense wall whose underwater remains are still visible.

Just like the Galata Tower, the Maiden’s Tower is thought to have fallen into ruin due to several natural disasters. The glass kiosk and lead-covered dome were added during restoration. Today, the tower’s ground floor serves as a restaurant and the roof as a café. There’s also a museum with free admission. 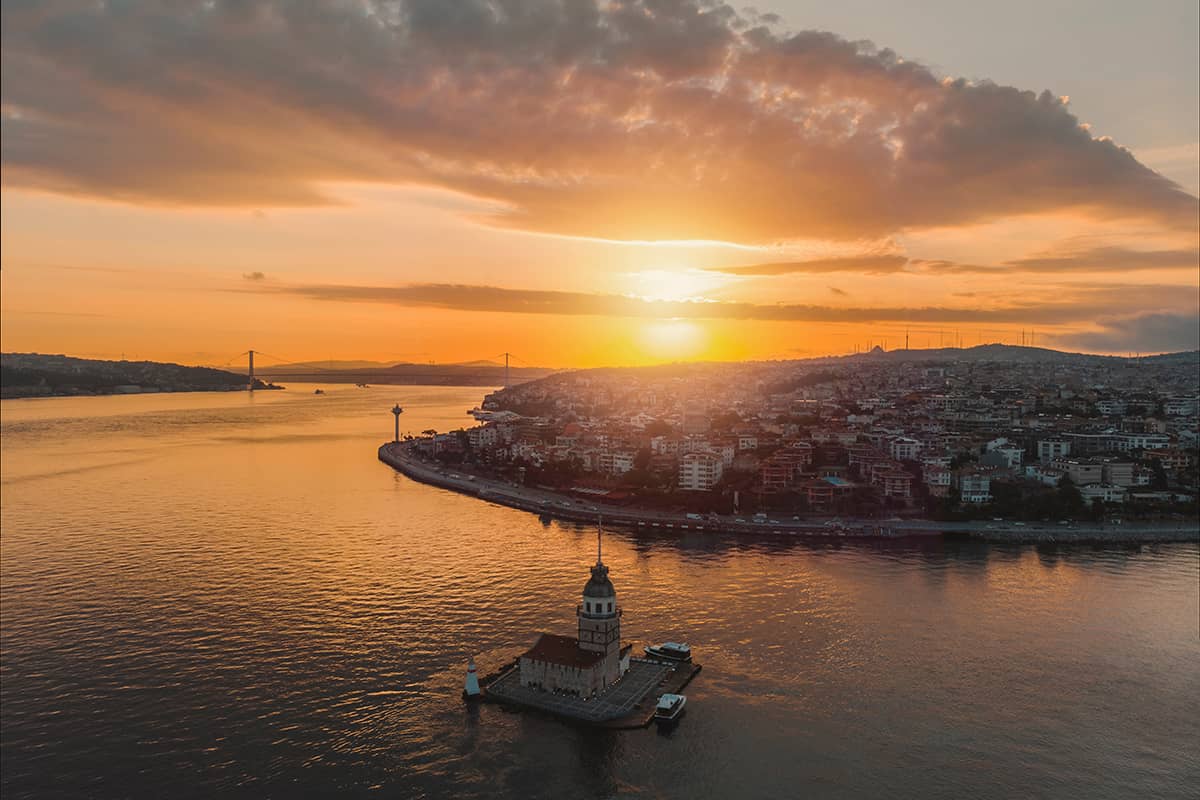 There are a few legends that have added to the tower’s fame although one particular one outshines the others – to such an extent that the tower is named the “Tower of Leandros” after this specific legend. Leandros (or Leander) was a young man from across the strait who fell in love with Hero, a priestess of Aphrodite. Every night, he would swim across the Hellespont (Dardanelles) to see her. Hero would light a lamp at the top of her tower to guide his way. However, one stormy winter night, the waves tossed Leandros into the sea and the wind blew out Hero’s light. According to the legend, tragically Leandros lost his way and drowned. 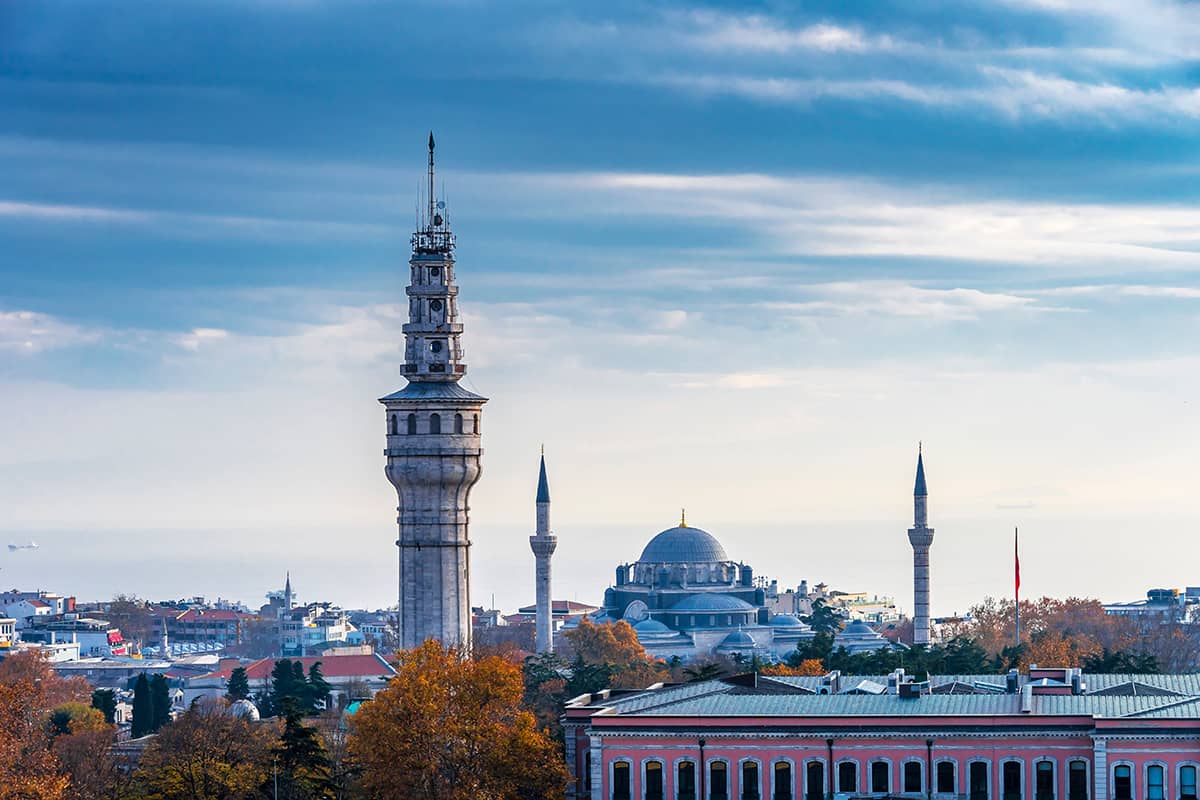 Beyazıt Tower is an 85-meter fire watchtower that is located at İstanbul University’s main campus. At a certain point in history, a specific lighting system was developed, and the tower used this system to share the weather forecast with Istanbulites. 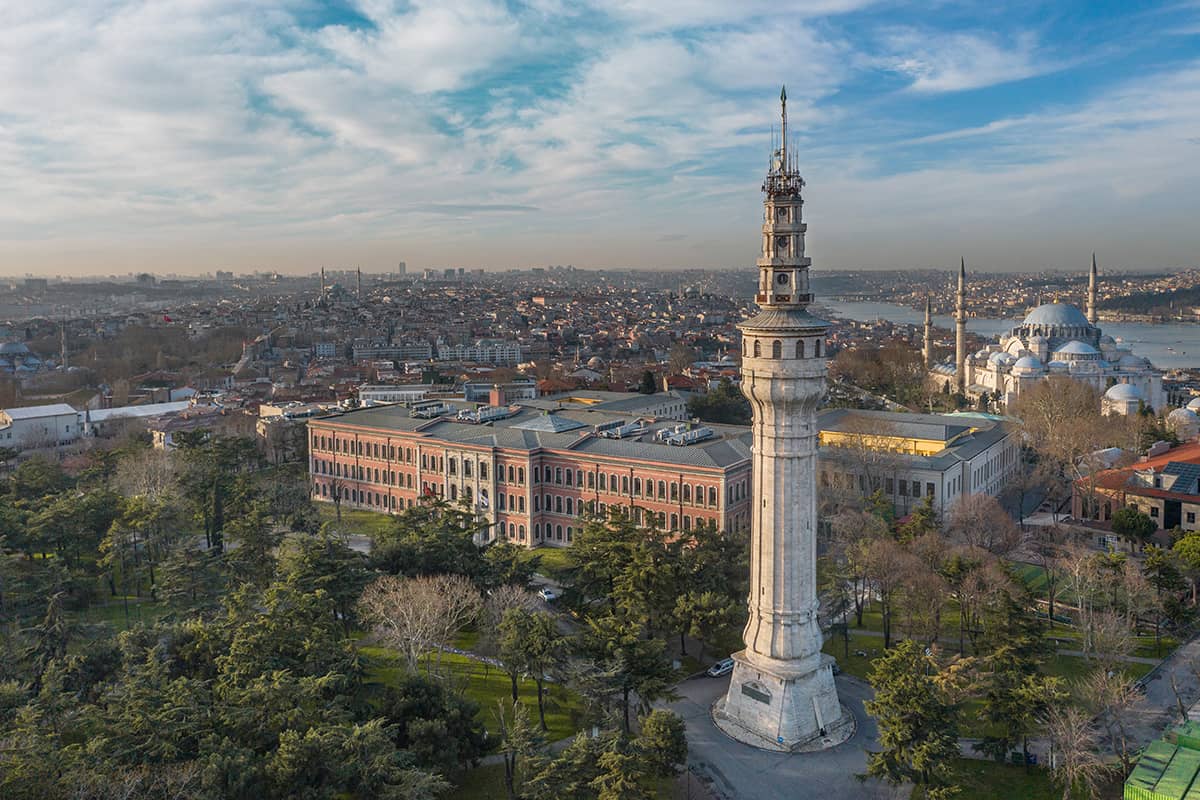 Today, the tower is one of the landmarks of the city and offers a panoramic view of İstanbul. It is situated on top of one of the city’s seven hills. When you ascend the tower, you see all the hills on which Constantine the Great built Constantinople, the city’s ancient name before it became İstanbul.

The tower is currently only open to Istanbul University students, but there are plans to turn it into a public museum.