Throughout history, bridges have served as a vehicle for civilizational development and cultural interaction. These structures draw attention not only because of their functionality but also because of their architectural characteristics and aesthetic appearance. Anatolia has many historical bridges that have been inherited through generations. Some of them can be found on our list below, which includes those selected as the most prestigious bridges of the country. 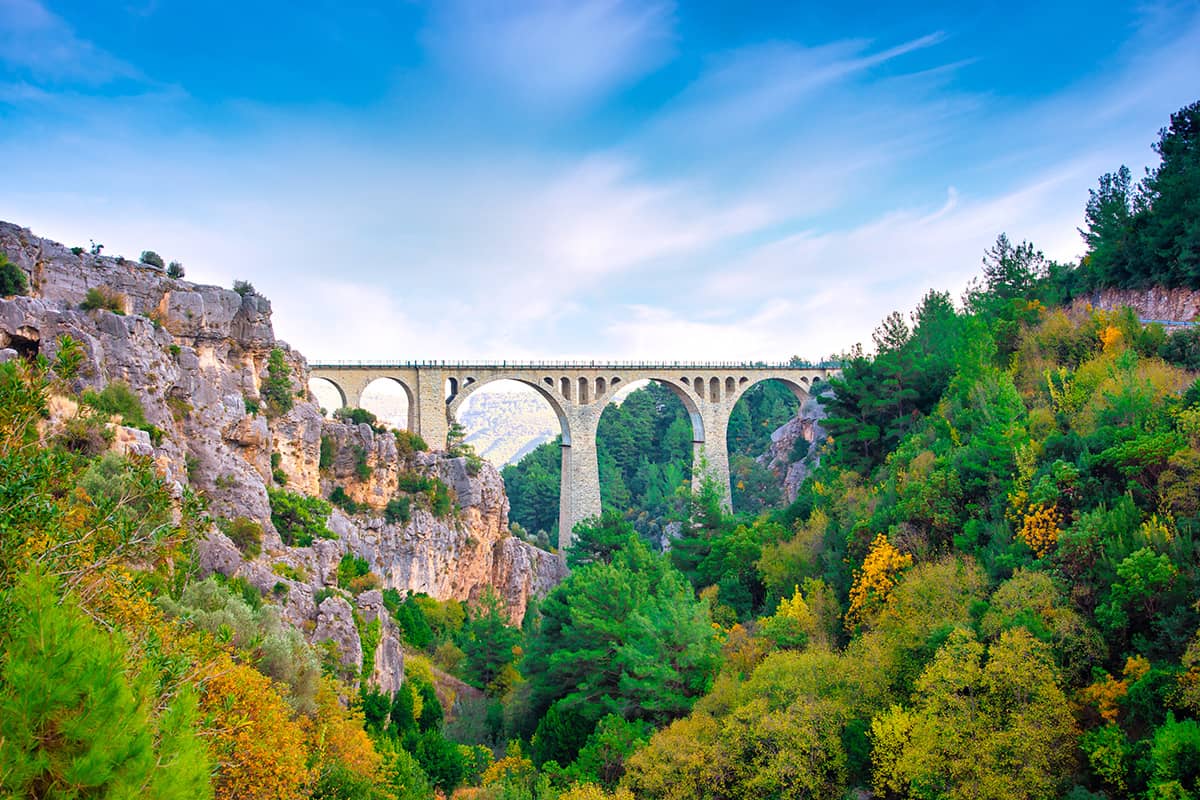 Varda Bridge has long been recognized as one of Adana's most recognizable structures. This iconic bridge with trains running over it, is located in Karaisali district. Varda Bridge was built in 1912 as a result of an agreement between the Ottoman Empire and Germany. The Ottoman Empire needed this bridge to convey soldiers, people and commerce, while Germany needed it to access oil resources faster. The Ministry of Culture and Tourism has selected Varda Bridge as one of Turkey's 13 most prestigious bridges. Varda Bridge also served as a location for an important scene in the James Bond film “Skyfall”. Everyone should witness that spectacular canyon view over the bridge. 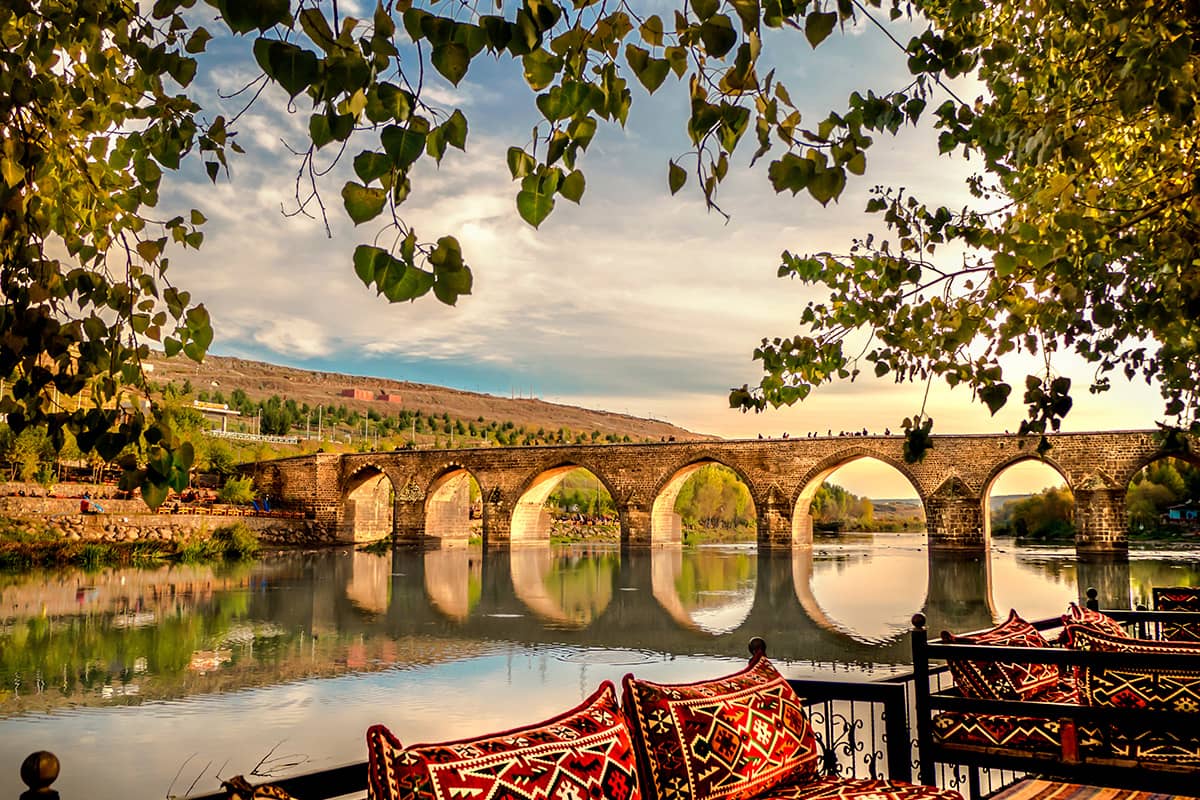 Dicle (Tigris) Bridge is known locally as Ten-Eyed (On Gözlü) Bridge since it has ten openings. The Bridge is located on the Dicle river in the Sur district of Diyarbakır. The bridge was destroyed many times over time in the past due to the city sieges. In the Middle Ages, there was no passage to Diyarbakır from different bridges, that being so the bridge was reconstructed several times in time. Although the exact year of its construction is unknown, the inscription on the base of the bridge provides the most accurate date. According to that inscription, it was the year 1065. This bridge, which has been indispensable, presents breathtaking views of Tigris river since then. 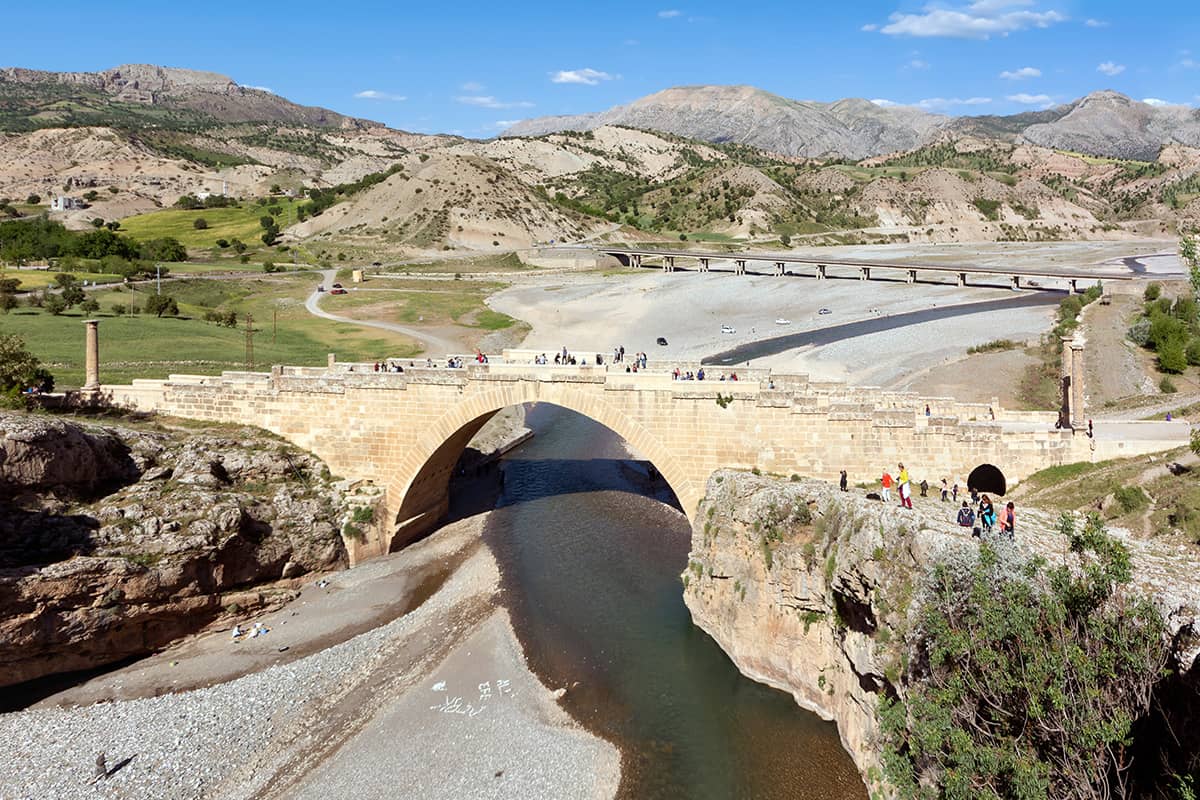 The historical Cendere Bridge is regarded as one of the world's oldest bridges still in use. It is located 55 kilometers from Adıyaman, in an ancient settlement today known as Eskikale. The bridge, which was built over the Cendere Stream, has survived from the Roman period to the present day, thanks to its 32.20-meter arch built by overlapping 92 stone blocks that weigh tons. Cendere Bridge is the second widest arched bridge built by the Romans. It is thought that it was built two thousand years ago by the order of the Roman emperor Septimus Severus. According to the story; the bridge was built in honor of the emperor Septimus Severus' wife and sons, and it had four columns in total. However, his son, who ascended to the throne after the emperor, murders his other brother and sets fire to everything done in his name, including his column on the Bridge. As a result, the Bridge now has three columns instead of four. 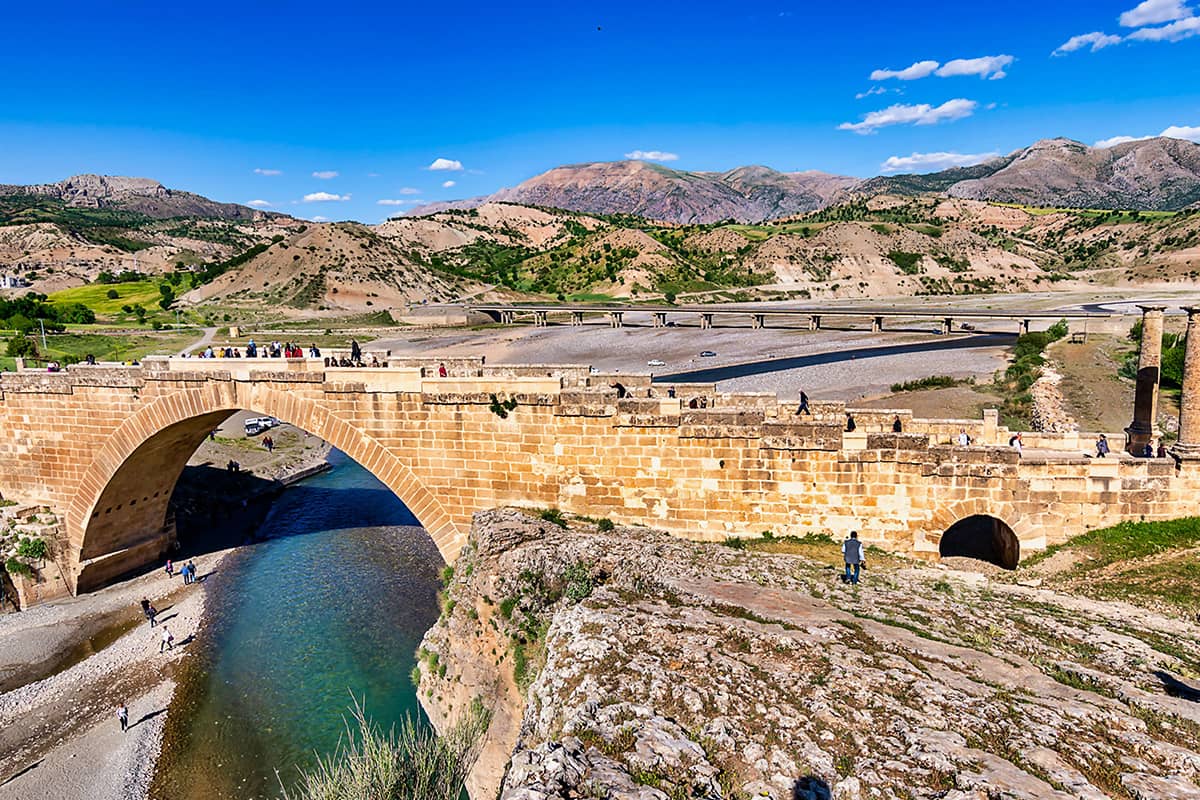 Malabadi Bridge is one of the monumental masterpieces of the Seljuk period, built by the Artuqids in the 12th century. The bridge is within the borders of Diyarbakır and passes over the Batman Stream. The twisted columns of the bridge exhibit human, animal and sun motifs. Evliya Celebi wrote about Malabadi Bridge in his travel book, "The dome of Hagia Sophia can (easily) fit beneath the Malabadi Bridge", referring to its magnificent architecture. This work of art is a must-see for anyone passing through Batman. 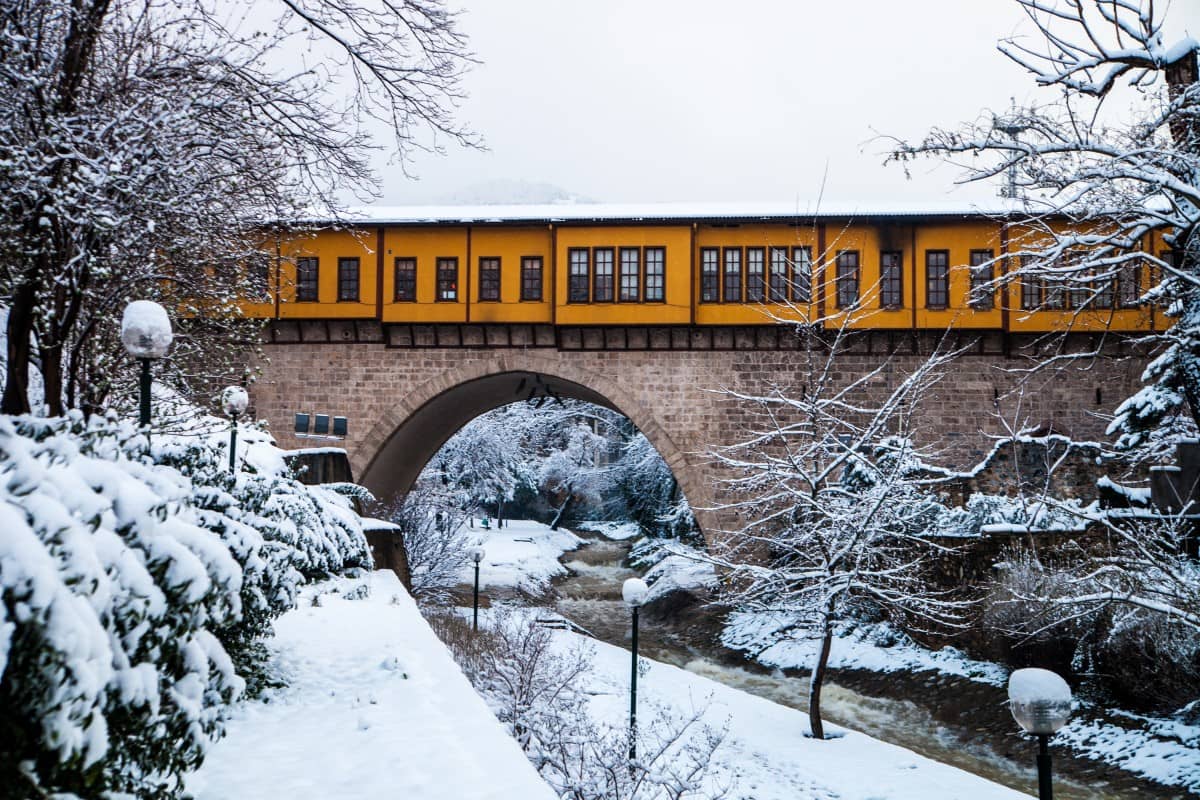 Only four bridges in the world have a bazaar and the historical Irgandi Bazaar Bridge is one of them. Other examples are found in Italy and Bulgaria. Irgandi Bazaar Bridge was constructed in 1442 on the Gökdere River, to connect the Osmangazi and Yıldırım districts of Bursa. The Bridge is simply a reflection of Ottoman bazaar culture. There are a total of 32 shops on it. It is also unique in that it is literally an art bridge with traditional Turkish handicraft workshops housed on it. So it is no surprise that it was selected as one of the 13 most prestigious bridges in Türkiye. 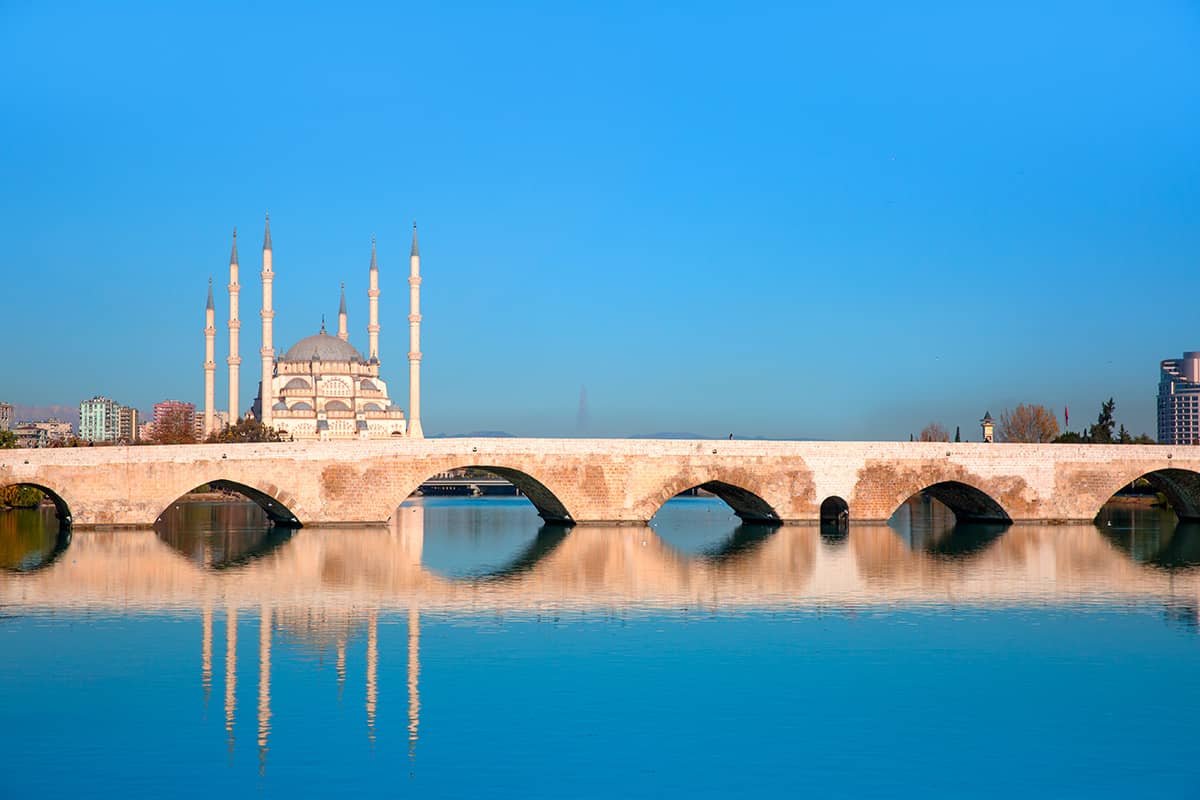 Taşköprü on the Seyhan River connects the two important central districts of Adana: Seyhan and Yüreğir. Taşköprü (meaning “stone bridge” in Turkish) dates back to the Roman Imperial Period and is one of Adana's most important symbols. Taşköprü Bridge takes part in literature as the world's oldest bridge still in use. Throughout history, Taşköprü has been a transit hub for caravans, soldiers and emperors traveling from Anatolia to the south and east. The bridge draws attention with its 16 arches and 350-meter length. 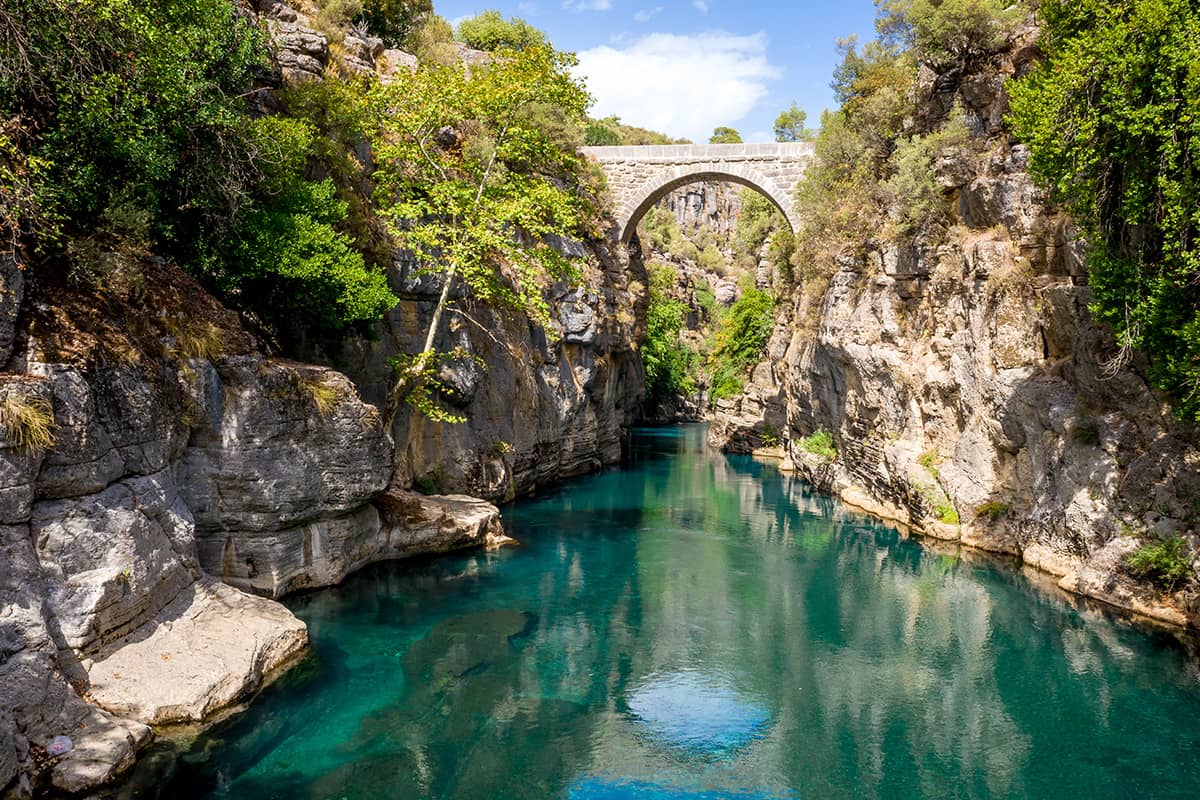 Oluk Bridge is a historical Roman bridge that stands over Köprüçay River. The bridge, formerly known as “Eurymedon” in the Roman period, is one of the central points of Köprülü Canyon National Park. Although there is little information about its history, it is thought to be built in the second century. Oluk Bridge is close to Selge, the ancient city that served as the capital of the Roman Empire in Türkiye. 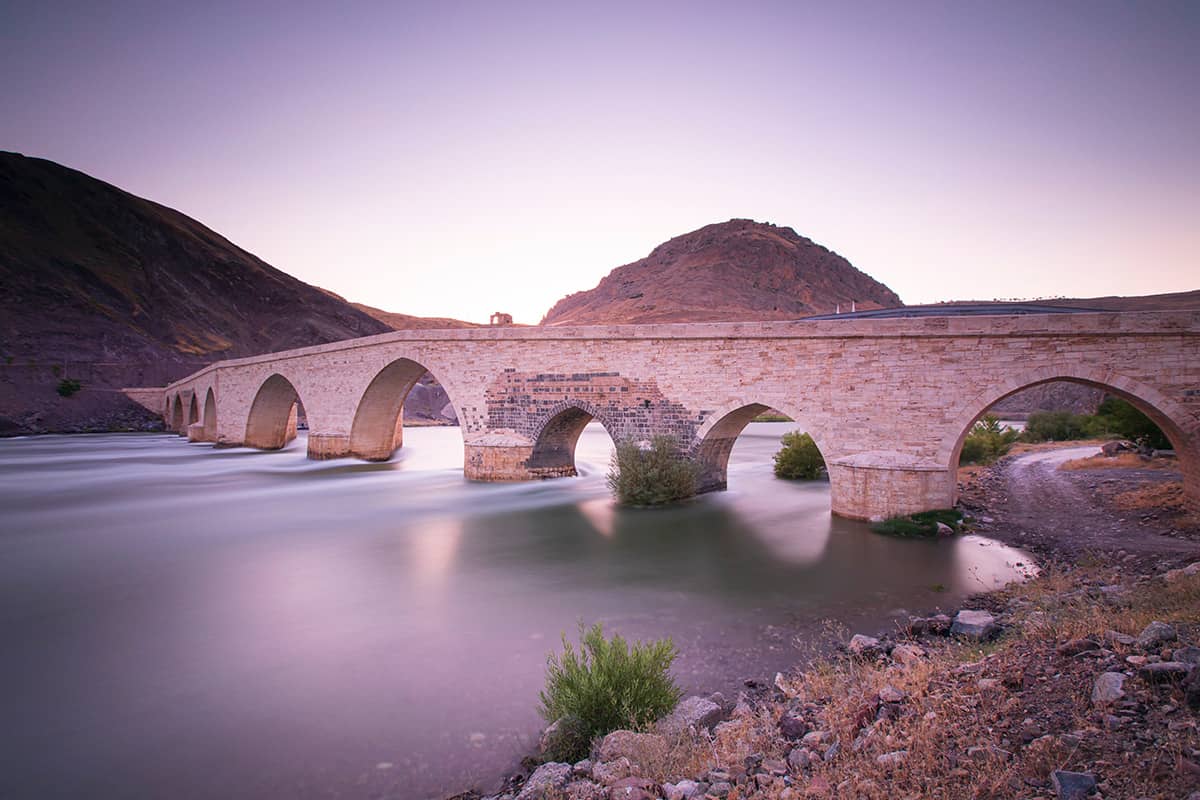 Located on the Murat River in the Palu district of Elazığ, Palu bridge has been a bridge of high importance since it served as the only east-west transit route in the past. Palu Bridge consists of 10 pointed arches that have different widths and heights. Besides the fact that the construction date of Palu Bridge is still not clear, it has undergone many changes over time. According to some, it was built in the Roman period, according to others, it was built during the Artuqids or Seljuks period. The Historic Palu Bridge has been selected as one of the 13 most prestigious bridges in Türkiye by the Ministry of Culture and Tourism. 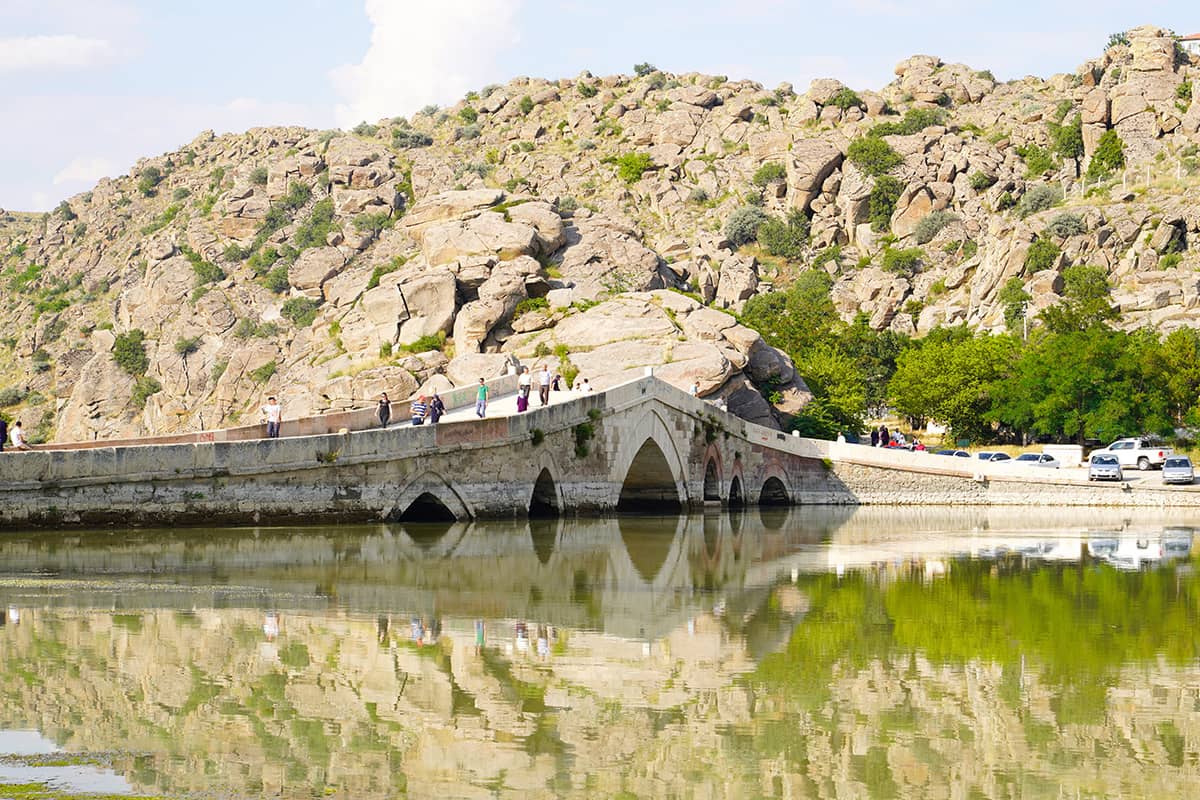 Çeşnigir Bridge is located between Karakeçili district of Kırıkkale and Köprüköy town. Constructed during the Seljuk period, the bridge is significant in terms of its history. Before the Battle of Ankara in 1402, The Timurid army is said to have advanced into Ankara through this bridge. Further, in the 16th century, the Grand Ottoman Architect, Mimar Sinan, carried out retrofitting and renovation work on the bridge, aiding its longevity into the modern times. 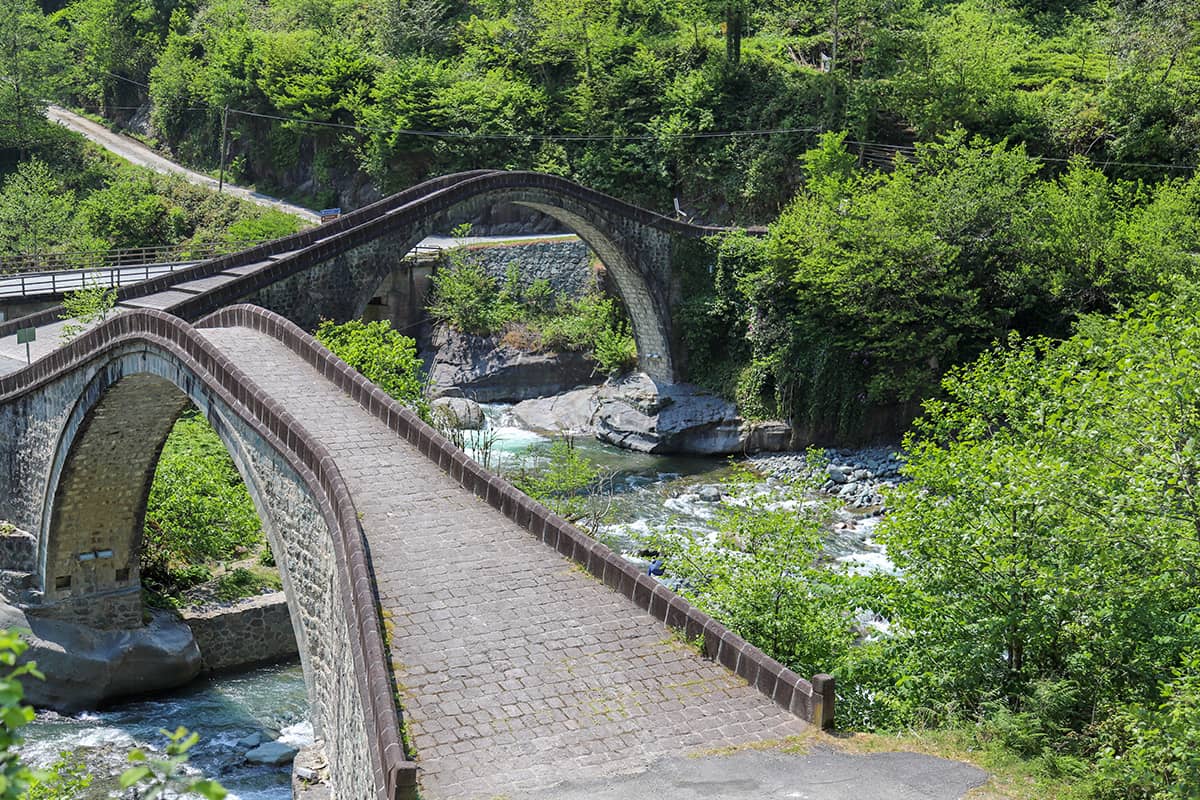 With its two different bridges perpendicular to each other, Ortacalar Twin Bridges in Artvin are among the most beautiful historical bridges in the region. One of the bridges passes over Kamilet Stream and the other is over Soğucak Stream. In the past, these historical structures were used for the purpose of sending soldiers to the Caucasus. The bridge has a high pointed arch that makes it easier to cross safely from the Black Sea’s strong stream creeks.