Whether it’s a museum filled with antique toys or aircraft, a unique bike tour by the sea, or a horseback ride through a magical landscape, Türkiye has so many experiences that your children will remember forever. Here are the top ten activities for families to enjoy and cherish together.

The cultural capital of Türkiye has countless museums to explore and plenty of them are also fascinating for the little ones. Check out antique cars, trains, boats and even aircraft at the Rahmi M. Koç Museum. Get nostalgic at the İstanbul Toy Museum with a collection of antique toys from over 40 countries. See all of Türkiye’s major attractions in one day at Miniatürk, where more than 100 miniature models are on display and make visitors feel like giants. Let the kids play around with visual illusions such as a vortex tunnel or a room rotated upside down at the Museum of Illusions. Last but not least, don’t forget to check out the program at the city’s art hub İstanbul Modern, which frequently hosts workshops for children.

If you’ve taken enough strolls by and ferry rides on the Bosphorus, then spend some time in the city’s many beautiful parks. Make sure to visit Emirgan Park in April to admire the blooming tulips in all their colourful glory during the annual Tulip Festival. Or travel a bit outside the city to Belgrad Ormanı (Belgrad Forest) for hunting mushrooms with a professional guide or just to enjoy some time running free among the trees.

Ever since 2016, İzmir has officially become part of the EuroVelo Route 8-Mediterranean, which stretches from the Atlantic shores of Europe all the way to İzmir. On the İzmir part of the route, more than 650 points were designated with signposts, which mark the route that interconnects ancient cities like Pergamum and Ephesus under protection as UNESCO Heritage sites, with points of natural and cultural heritage. You may not be able to take on the 495 km in one go with your kids, but even a small tour can become an achievement. 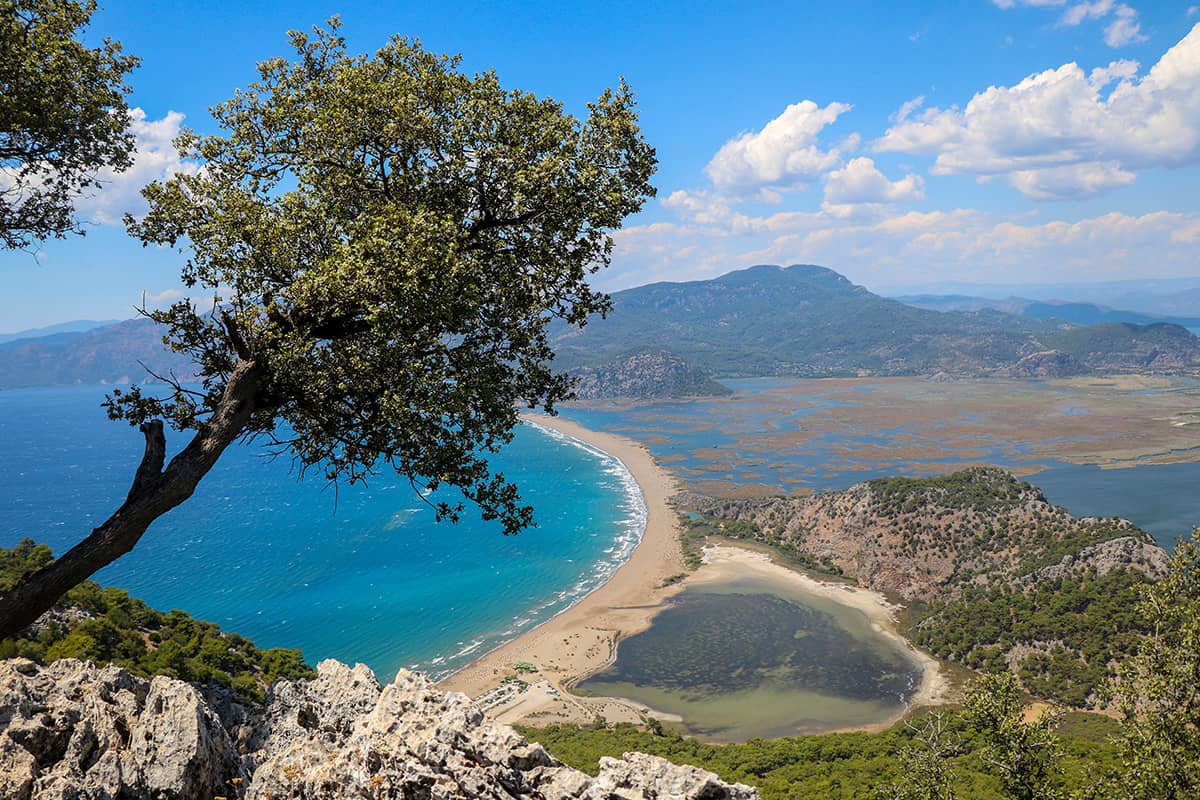 With more than 8,000 km of coastline, it’s no wonder that Türkiye is a great destination for watersports of all kinds. While Alaçatı is the most popular spot for wind and kite surfing, almost all of Türkiye’s beaches have their own watersport clubs where equipment can be rented. Get your kids excited about kayaking, sailing, windsurfing, or kite-surfing in the clear waters of the Aegean and Mediterranean Seas. If you happen to be in İstanbul, you can also book private rowing or sailing classes on the Golden Horn or along the Kadıköy shores.

5. Indulge in Five-Star Luxury on the Turkish Riviera

If you crave a relaxing vacation with the whole family, book a stay at one of Fethiye or Antalya’s five-star resorts, which all bear the Safe Tourism certificate. Relax at the spa or just read a book on the beach, while the little ones enjoy themselves at the hotel’s special kids club with all-day activities. You can always spend a day together later, with a private boat tour or exploring the many historic sites, such as the Lycian Olympus, the mythical home of the gods, or the Church of St. Nicholas in Demre. St. Nicholas had a reputation as the protector of children and sailors in the 3rd century AD in Türkiye and is known to have inspired the modern-day popular icon of Santa Claus -the legendary old man bringing presents to children on Christmas Eve. 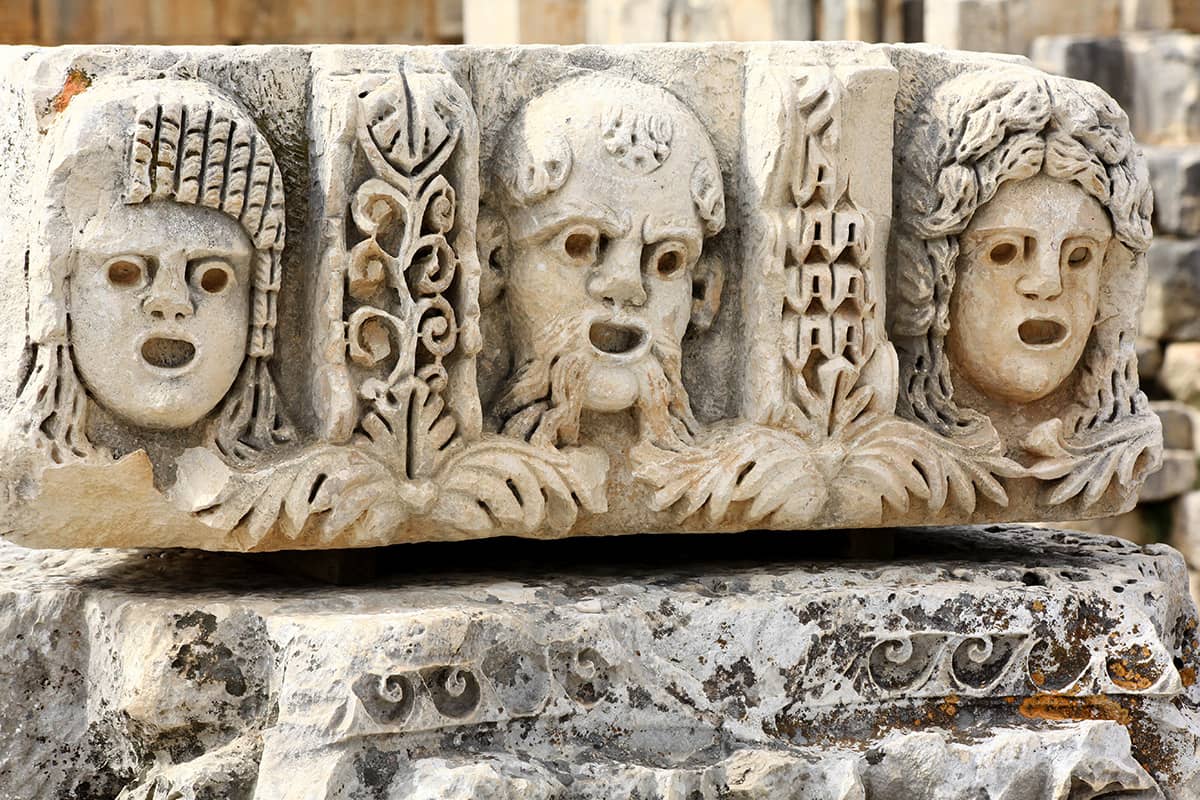 Your kids will be fascinated by the intricate sculptures made entirely of sand, which are erected every year for the International Sandland Festival in Antalya. The sand art festival has been going strong since 2006 and features a different theme every year, turning a more than 7,000 square meter space in Lara Beach into a giant outdoor exhibition. Visitors are even able to watch artists from all around the world in action as they create their fascinating sand sculptures. This summer’s theme is all about outer space so be prepared to take off into the cosmos with an array of unique sculptures.

There’s plenty to explore in Cappadocia for kids and adults alike, including an iconic ride on a hot-air balloon to really take in the otherworldly beauty of the fairy chimneys and the volcanic peaks. Apart from exploring the fascinating rock-hewn churches and underground cities, taking part in a ceramics workshop in Avanos and spending a night in the famous cave hotels are also a must. However, seeing the awe-inspiring landscape on horseback is certainly one of the most unique experiences, harking back to another time entirely and some memories your children will not likely forget. 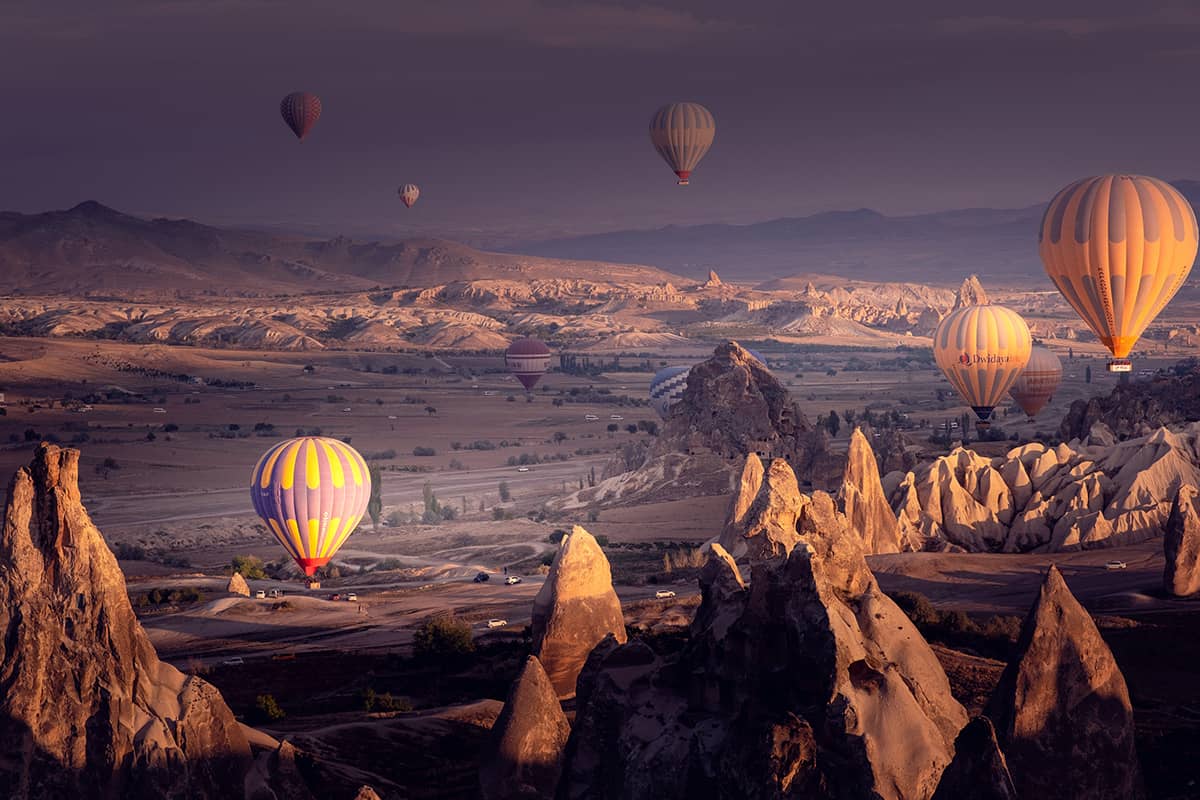 8. Travel Back in Time

Let your kids live out their time travel fantasies in Urfa, where historical landmarks such as the Balıklıgöl (Pool of Sacred Fish) have become the stuff of legends. Visit 12,000-year-old Göbeklitepe to be enchanted by the world’s oldest megaliths, a valuable history lesson for all ages. Accepted as one of Türkiye’s largest museums, the around 34,000 square meters of the Şanlıurfa Archaeology and Mosaic Museum offer an even more intricate look at ancient history with artefacts and figures enacting prehistoric cave life, as well as the famous mosaic of Orpheus charming birds and animals gathering around him with his lyre.

9. Fly Kites over a Medieval Town

One of Türkiye’s most beautiful historic sights, the labyrinthine streets of Mardin, with their ornate Artuqid stone architecture, are simply fascinating all on their own. As if the ancient city couldn’t be any more beautiful, the annual Mardin Kite Festival adds an extra dose of magic to the whole experience with kite runners from all over the world flying their giant creations in the sky, celebrating a tradition that has been part of Mardin’s history for centuries. Mardin Museum, one of the festival organizers, also has an award-winning archaeo-park where kids could re-enact archaeological excavation and preservation techniques. Another experience that your children will cherish for years to come. 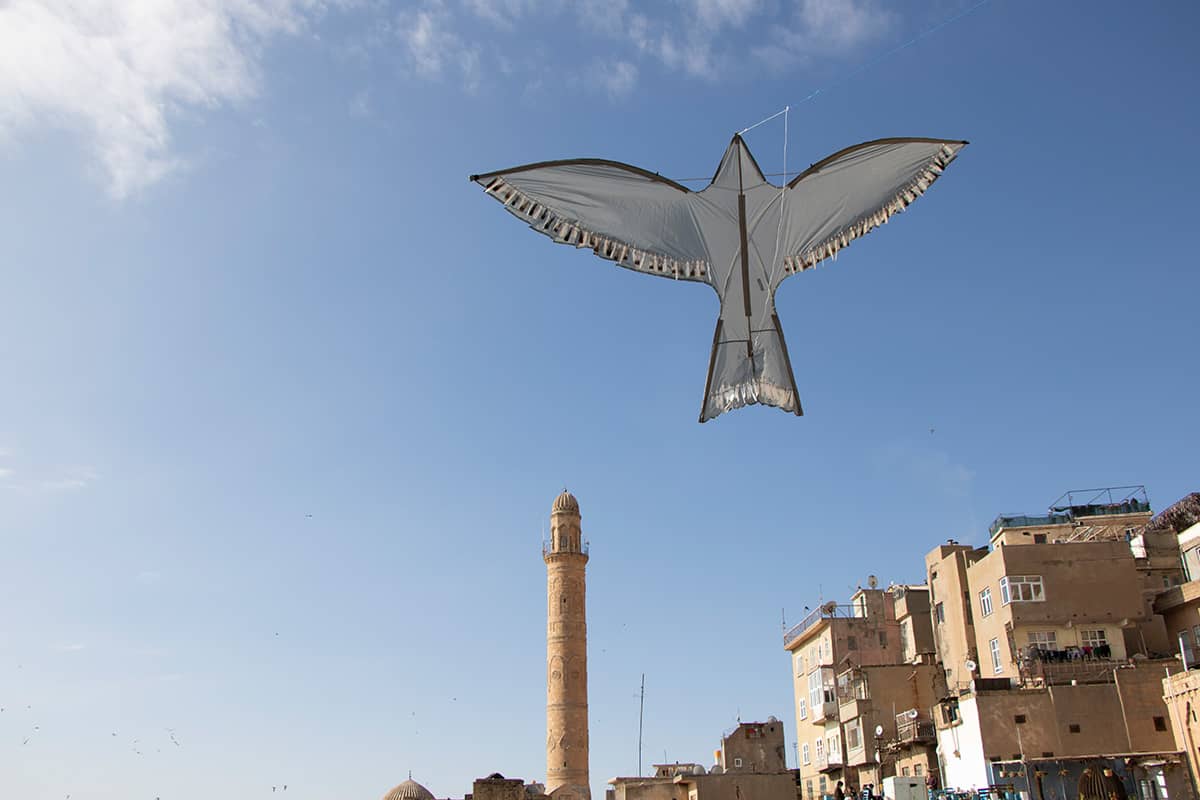 10. Save the Turtles on İztuzu Beach

This particular beach in the western Muğla province has become a prime nesting area for the loggerhead sea turtles (Caretta Caretta), which arrives every year in early summer to lay their eggs. About two months later, the baby turtles emerge and make their way tentatively to the sea. Join the volunteers during this special time to help protect and save these rare reptiles.

Whether it’s your children’s first or nth time on the slopes, Türkiye has plenty of locations where novices and experts alike can enjoy the powdery snow and all the beauties of the winter season. Plan a stay in Uludağ, Kartalkaya, Erciyes, Palandöken or Sarıkamış in the winter to make the best of the skiing season.