If you are bored of staying indoors and you are a lover of nature and outdoor activities, we advise you to explore the world of birds! Türkiye offers plenty of natural habitats for birdwatching enthusiasts.

From Sarıyer Bird Observatory Tower to Beşparmak Mountains and Lake Bafa, there are many birdwatching destinations around Türkiye to be fascinated with colourful and exotic bird species. It is possible to watch different species migrate in search of warmer climates in the winter.

When no ordinary trips get you excited, here is your chance for a wild holiday to immerse yourself in nature and the kingdom of birds. Just prepare your plane tickets and make your plans after reading our take on the best spots to go birdwatching in Türkiye!

This tower in İstanbul’s northern district of Sarıyer is the best spot for observers and photographers. 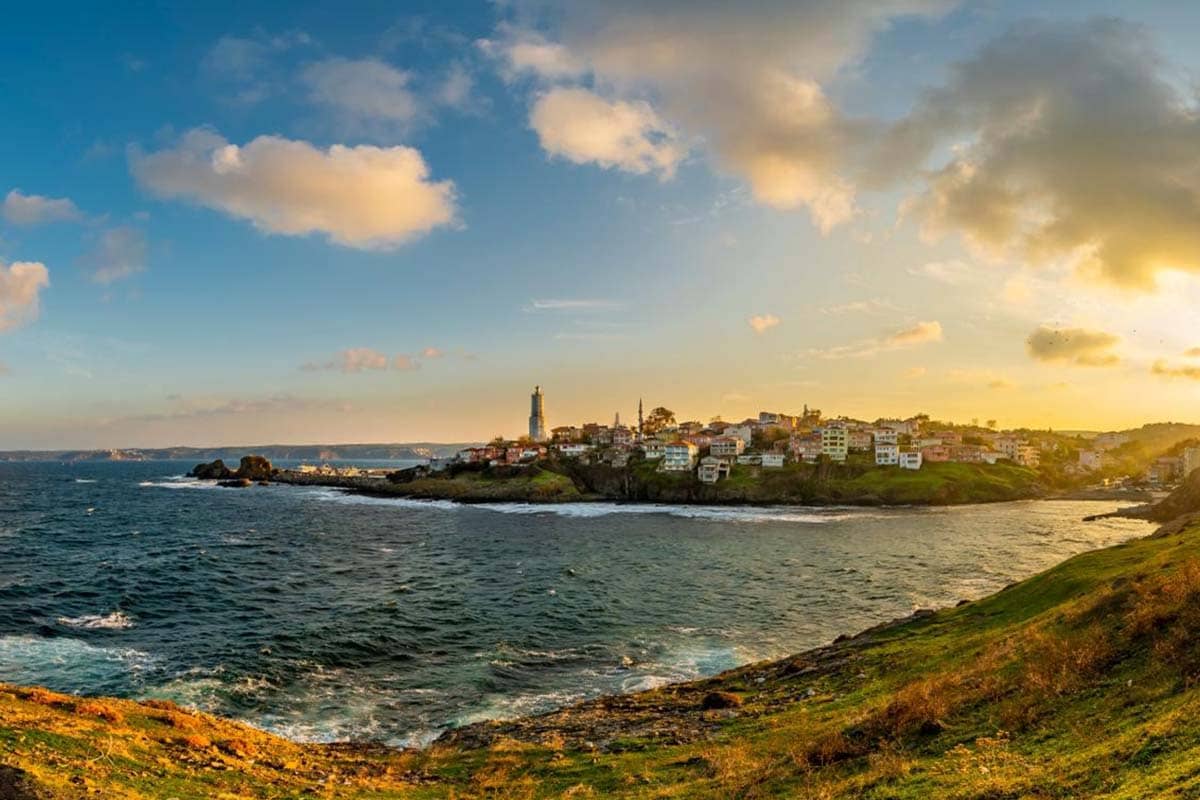 Suppose you have already visited the typical tourist attractions around İstanbul, such as Ayasofya Grand Mosque, and Süleymaniye Mosque. In that case, we invite you to look beyond the touristic sights and check out Sarıyer’s beautiful forestry and the bird observatory tower located in the Feneryolu neighbourhood.

Different bird species migrate from Africa to Europe at the end of March, flying over İstanbul. With its breath-taking view over the Bosphorus Strait and Yavuz Sultan Selim Bridge, Sarıyer Bird Observatory Tower is a meeting point for birdwatchers coming from all over the world. Climbing up to the tower is free, and the view up there is priceless! 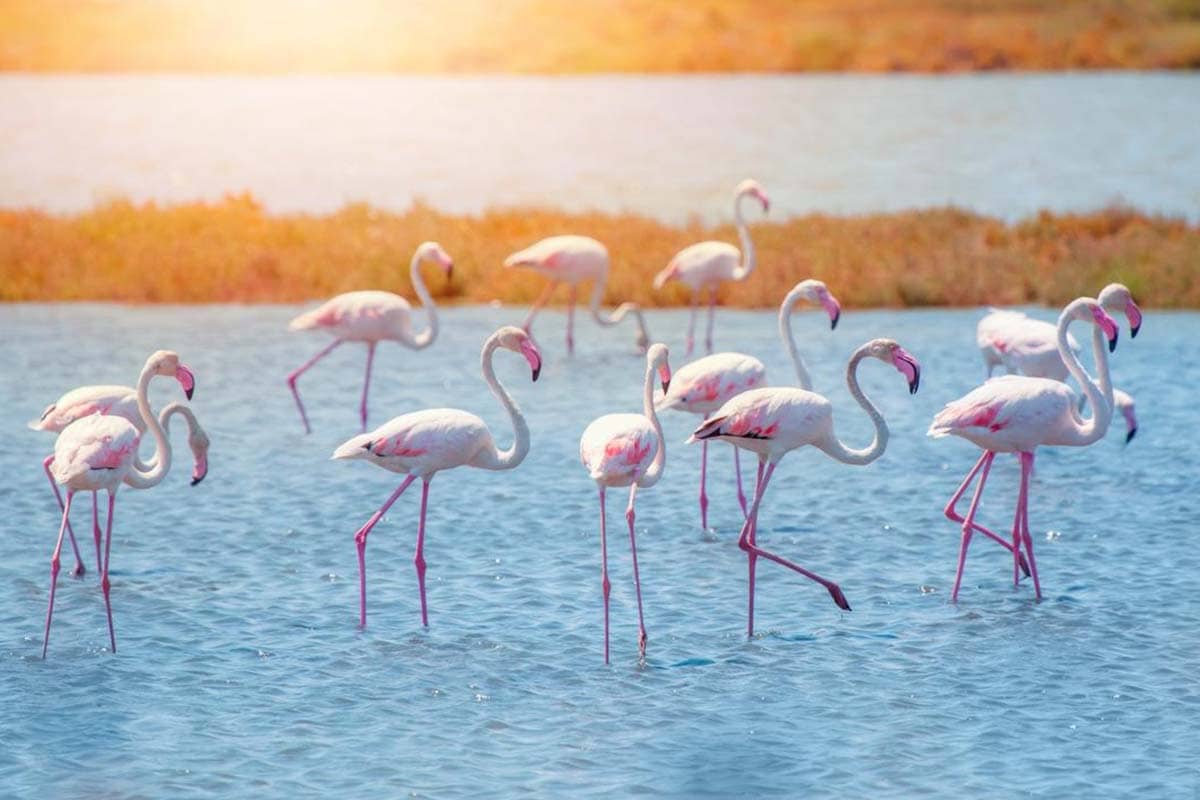 Located in Balıkesir, Lake Manyas and Manyas National Park together offer a heaven for birdwatchers, outdoor enthusiasts, and nature photographers. Also known as Manyas Bird Paradise, Lake Manyas became a national park in 1959. Since then, this area which spreads over 16.000 square metres has been one of the most precious sites of the Marmara region. It shelters a diverse community of bird species such as the Dalmatian Pelican and endangered White-headed Duck.

Moreover, Manyas is a home of rich flora, including tamarisk trees, reeds, and rushes. You may also come across lobsters, different kinds of frogs, and more than twenty fish species during your visit. Every year, Bandırma Bird Paradise Cultural and Tourism Festival is organized to celebrate and appreciate the region's uniqueness and create environmental awareness. If you are excited to hear about Lake Manyas, be sure that you plan your visit between April and June to catch the best views! 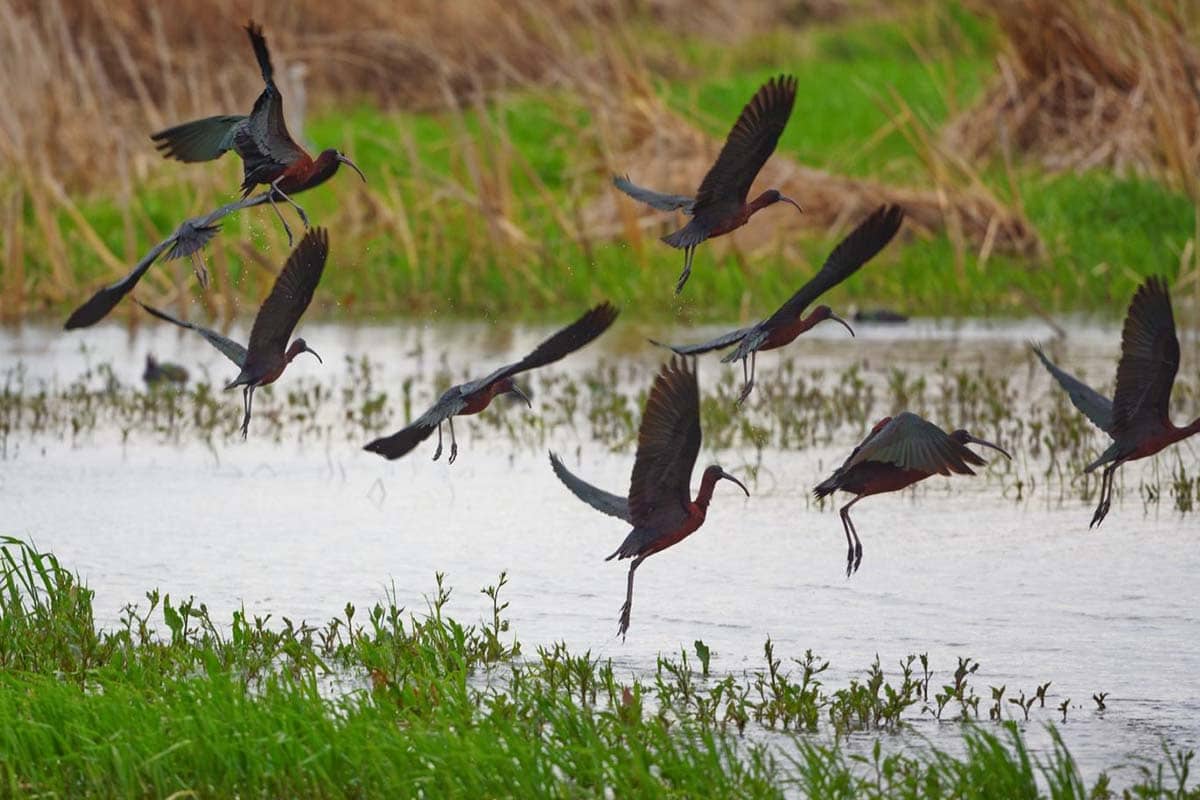 Lake Terkos is another spot in Istanbul to take the best photographs during the migration periods of bird stocks. It is in the northwest of Istanbul and 40 km away from the city. Also known as Istanbul's drinking water resource, Terkos hosts endangered bird species such as the Siberian goose and Greater-spotted eagle.

Especially during the weekends, Lake Terkos is a popular place visited by both locals and tourists. Since the lake is located on the shores of the Black Sea, it is possible to come across different bird stocks, including Japanese Imperial eagles, Sparrow Hawks, and Ospreys during springtime! 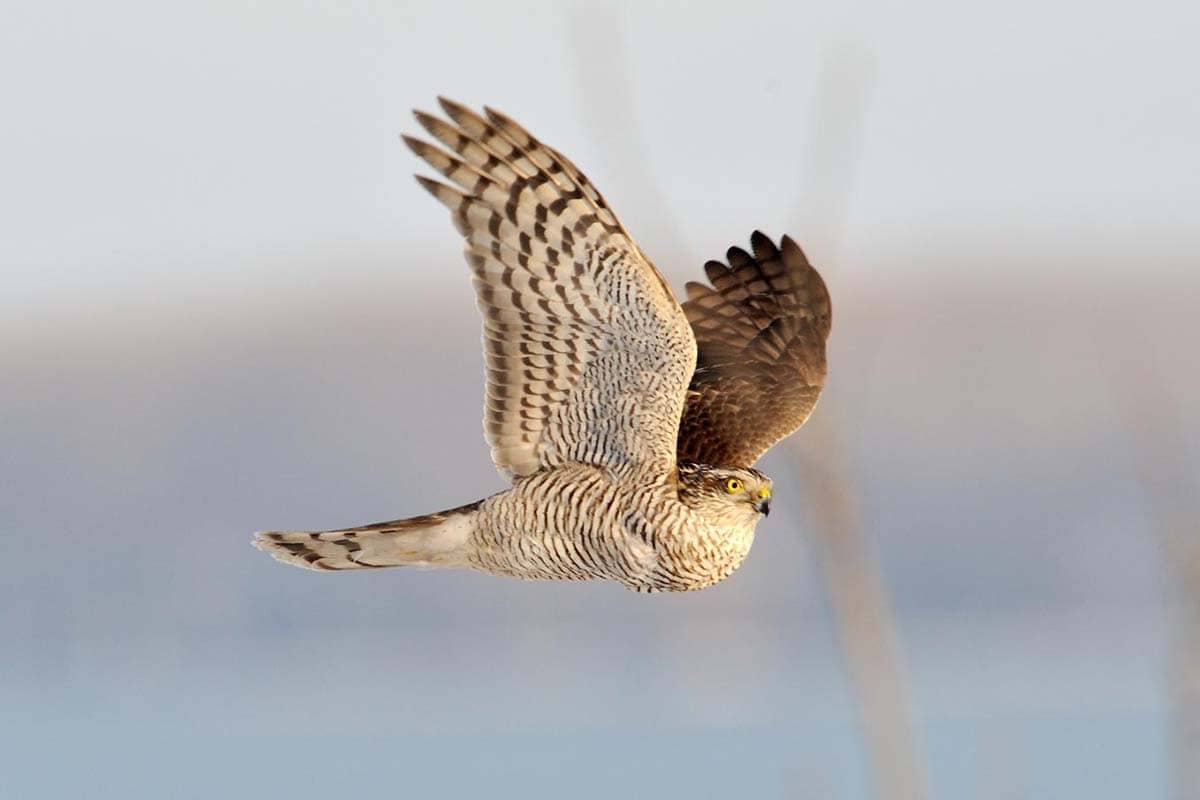 This lake in Beylikdüzü is another destination for birdwatching tourism. If your vacation plans include visiting İstanbul, we recommend you to travel across this birdwatching route presenting a collection of İstanbul's beautiful flora and fauna.

You can watch migrating bird stocks going over the northern Black Sea shores of İstanbul and flying over the Bosphorus Strait. The lake is also divided by a dam over Marmara Sea, meeting İstanbul's freshwater need just like Lake Terkos does. 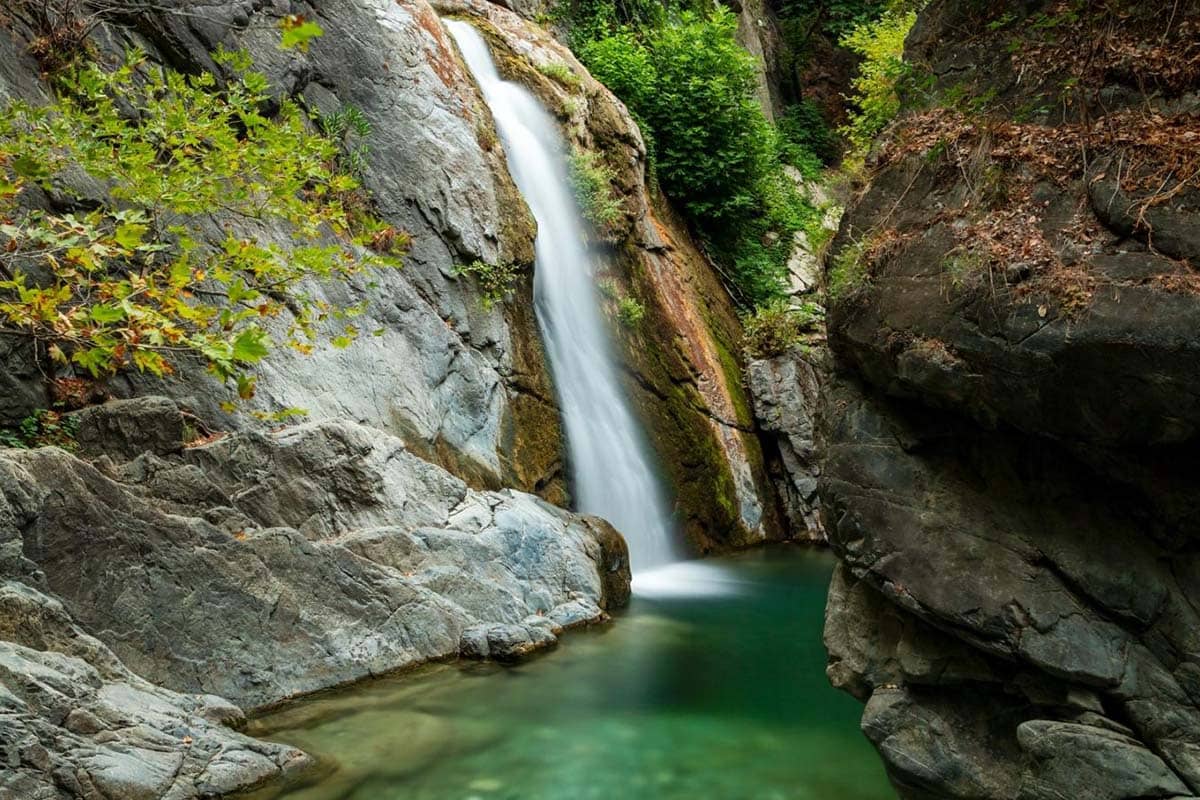 If you are a newbie birdwatcher, there is no chance for you not to be astonished by most of Türkiye’s migratory birds flying over Kazdağları. Located in Çanakkale, these mountains are one of the main migration routes of the birds from April to May and between August and September. Kazdağları, translated in English as "goose mountains", became a tourist attraction for nature lovers over the years.

These mountains also have a significant cultural background rooting back to Ancient Greece. It was a place of worship for Cybele, which the famous Greek poet Homer also mentions in his great work the Iliad.

There is also a local legend about Kazdağları which tells the story of Sarıkız, who is believed to be a saint. For the sake of Sarıkız, locals take a special pilgrimage between 15th and 25th August. If you coincide your travels between these dates, you can also join locals in their annual spiritual path while witnessing the beauty of the migratory birds of Türkiye. 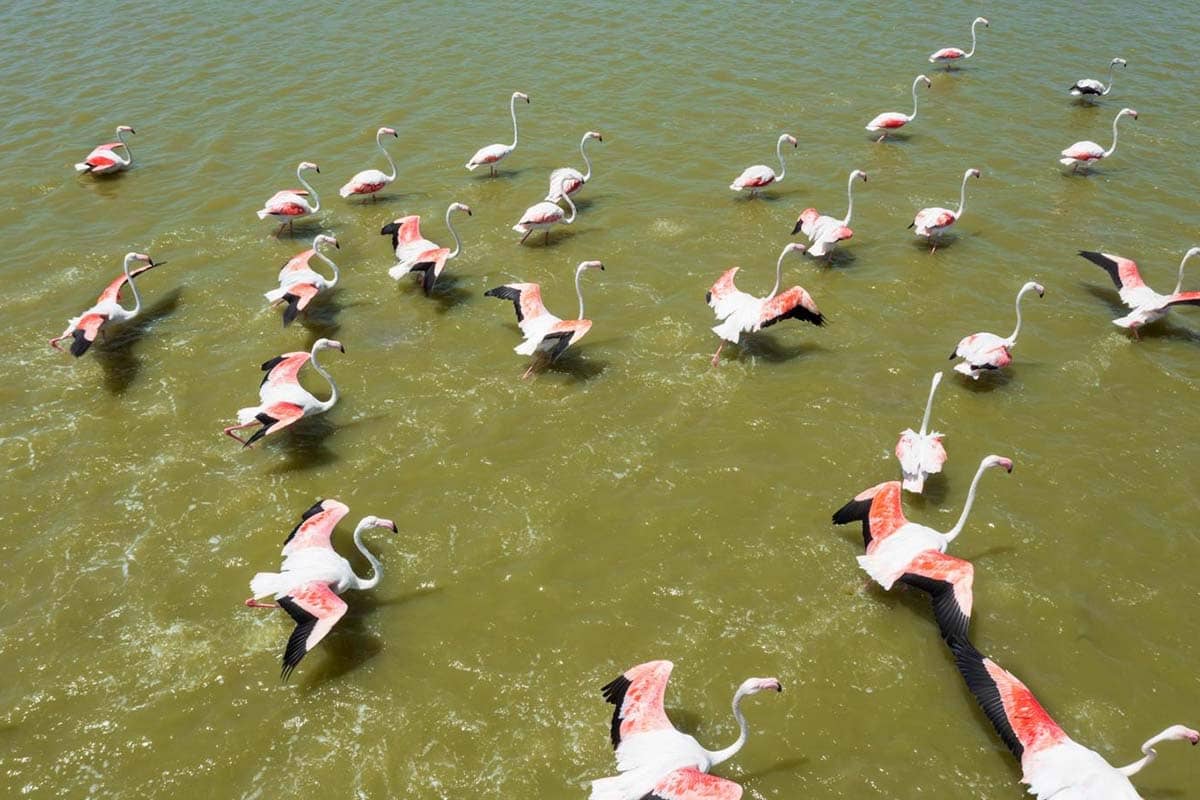 Besides its impressive history and natural beauty, the ruins of Beşparmak Mountains date back to Latmos Ancient City, which sprawled almost 8,000 years ago. It is most famous for its giant rocks, which enchant the eye of the beholder. Being the largest lake in the Aegean region, Lake Bafa has a rich ecosystem home to several bird species.

Like any other birdwatching spot in Türkiye, Lake Bafa becomes a shelter for migrating birds in their need to breed in the spring and autumn. The natural life in the lake has been under the government's protection since 1994. Since it is suitable for camping, Lake Bafa and its nature park are famous for hiking among nature enthusiasts. 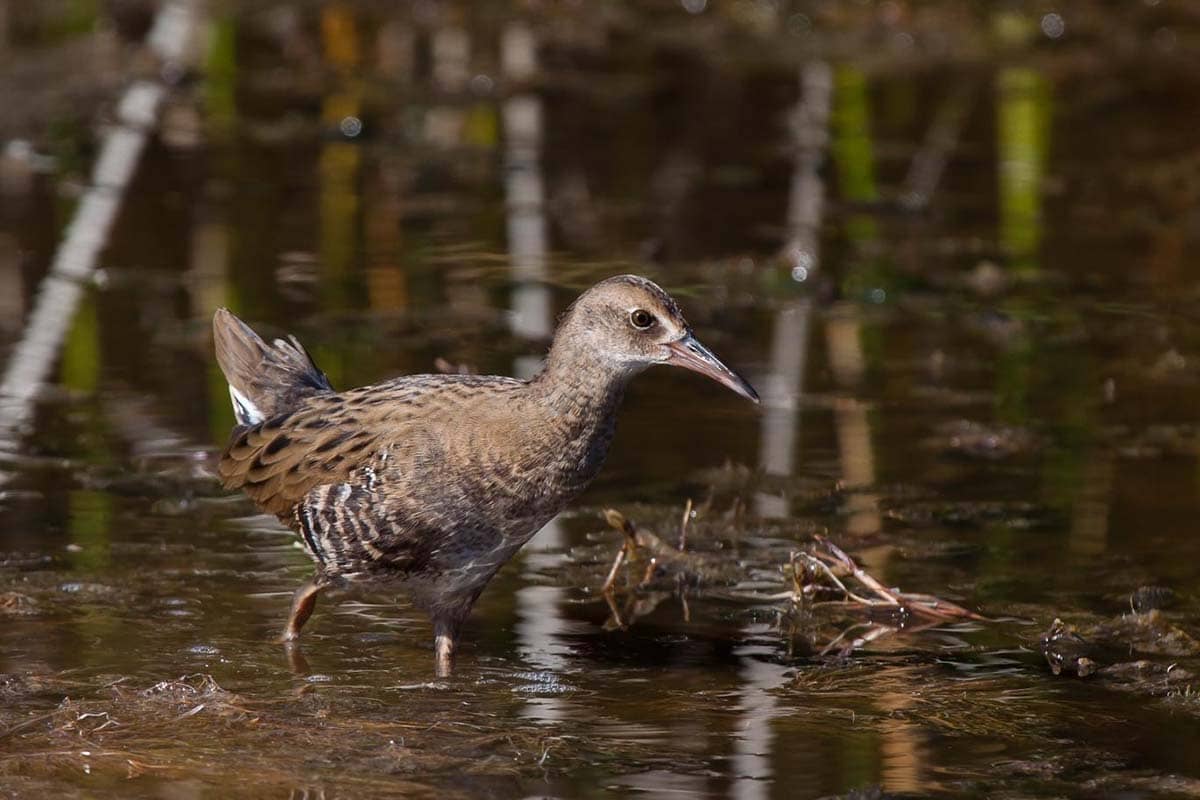 Kuyucuk is a paradise when it comes to ecotourism. The lake hosts 232 different bird species, and it has recently become a popular attraction for tourists.

Black-necked Grebes, Shelducks, Starlings, Greylag Geese, globally endangered White-headed Ducks, and Mallards seek shelter in Lake Kuyucuk during their migration. Now under protection and designated as a Ramsar protected area, Kuyucuk is a small and shallow lake populated with amazing bird species for you to explore. 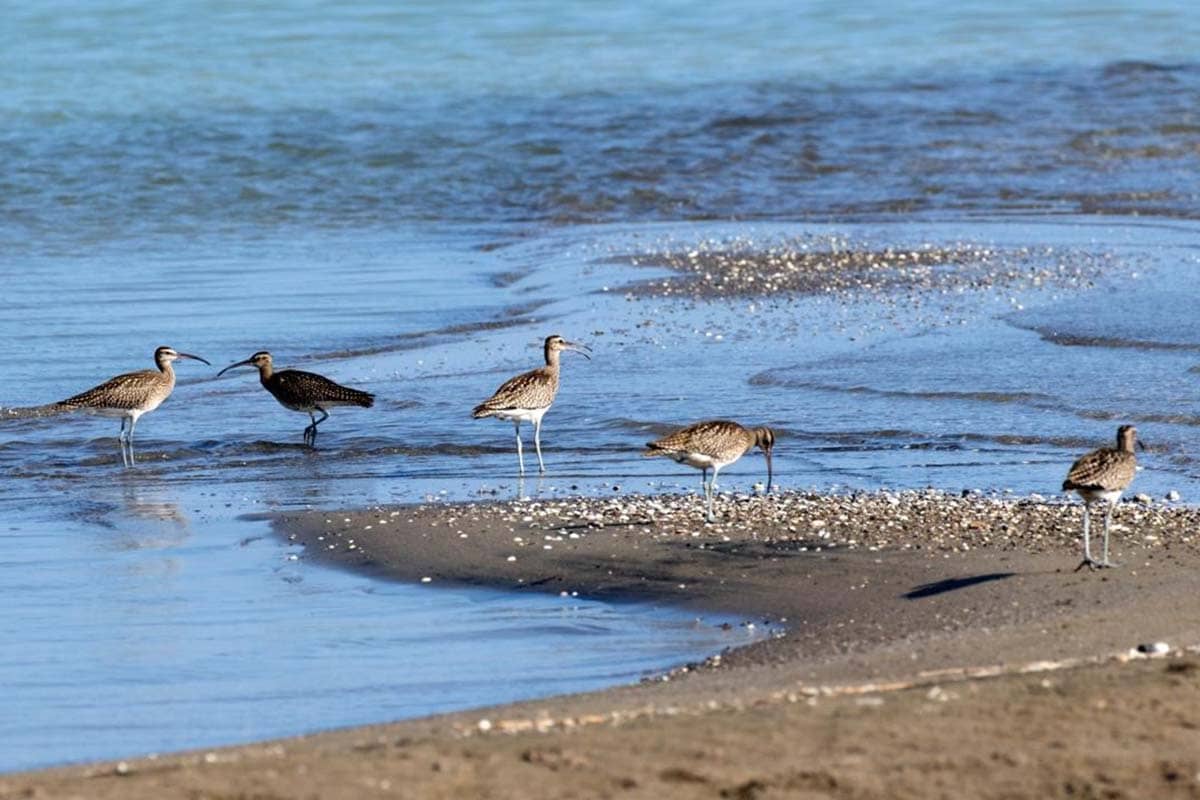 One of the most important wetlands, which is also a vital destination in the bird migration route, is Göksu Delta, located in Mersin in the Mediterranean region of Türkiye. With its magnificent biological diversity and ecosystem, Göksu Delta shelters different bird species, some of which are the permanent hosts of the Göksu River. Great-spotted Eagle, Griffon Vulture, Peregrine Falcon, and Red Kite are some of the bird species that the region is famous for. 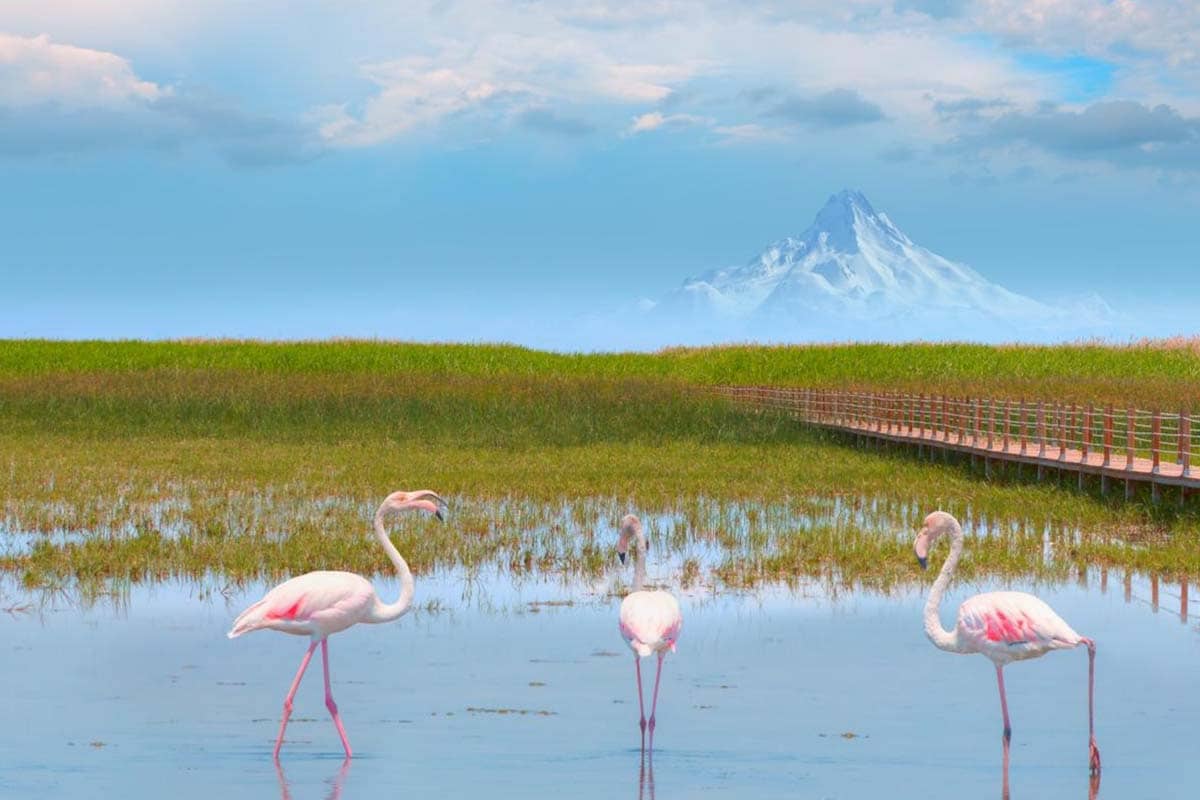 Sultan Marshes, located in Kayseri, takes its name from its old function as the hunting ground of the Ottoman Sultans. It is one of the second most crucial wetland ecosystems of Türkiye. In 2006, it was declared a national park.

Sultan Marshes has diverse flora and fauna habitats due to both its freshwater and saltwater ecosystems. The Park also hosts over 300 bird species that stop for nesting, feeding, and breeding during their migration. 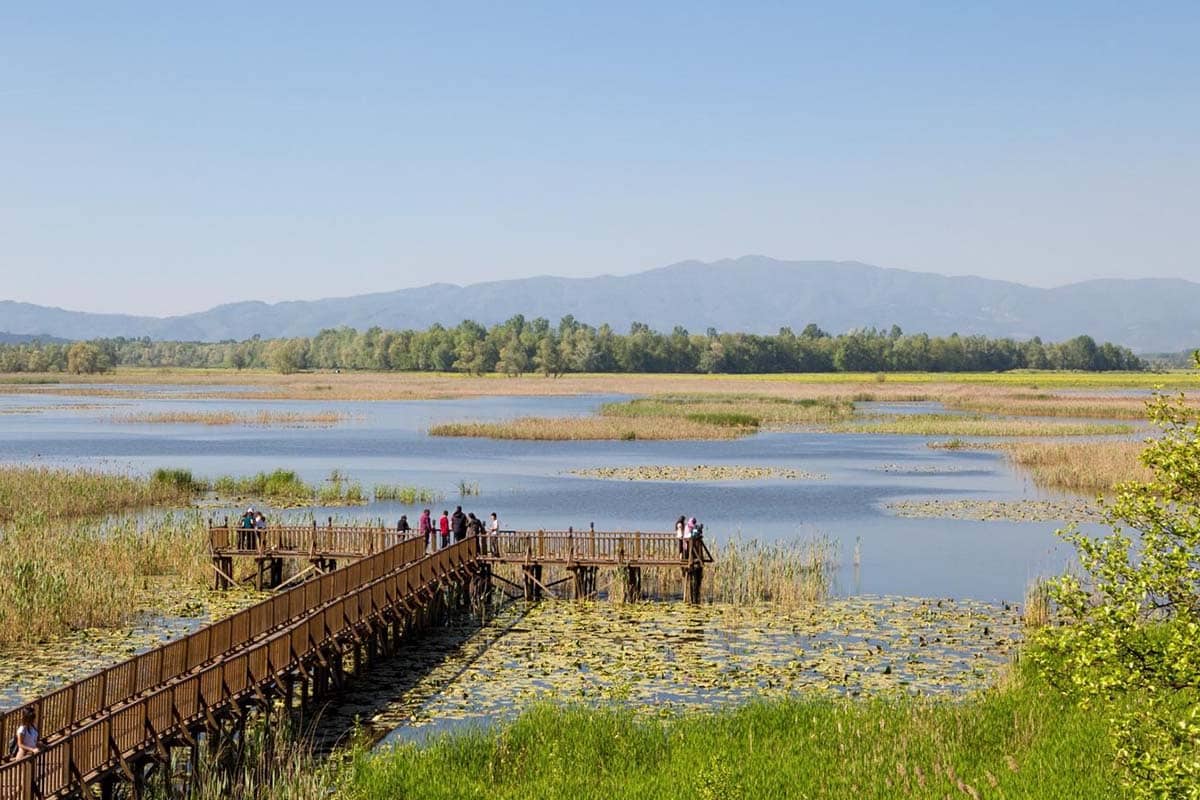 Lastly, another stop located on the northern shores of Türkiye is Lake Efteni in Düzce. Several species, including Grey Heron, Eurasian Coot, Crane, Little Bustard, and Great Cormorant, can be observed in Lake Efteni. Some of these species are not just mere visitors but permanent inhabitants of the lake. Besides its variety in the bird population, the 764-hectares area enchants its visitors with its various endemic plants.