Antakya, located in the border province of Hatay, is a melting pot of religions and cultures. It is said to be influenced by 13 civilizations from the ancient world. The city was once held by Akkadians, Hittites, Assyrians, Persians, Seleucids, Romans, Arabs, Byzantines, Seljuks, Crusaders, Mamluks, Ottomans, and the French. Hatay is now a part of Türkiye since 1939. 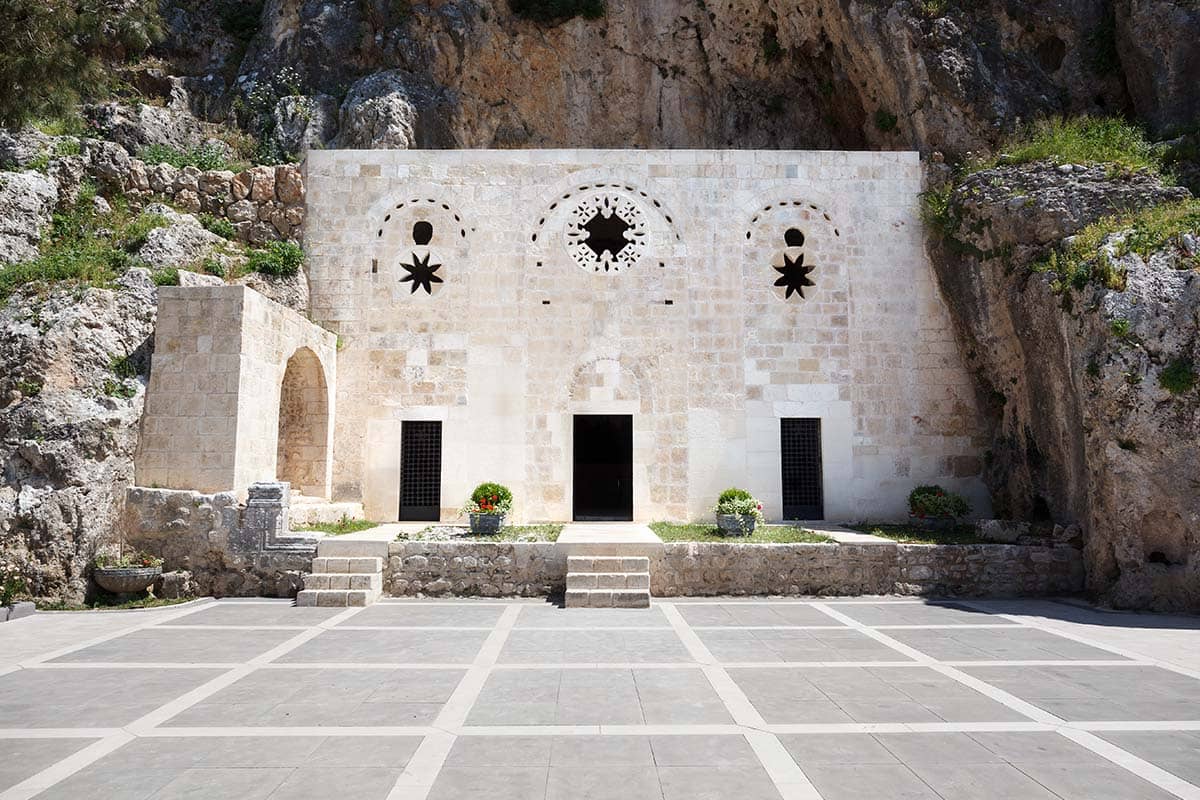 As most Antakya locals will tell you, visitors come here for the food but stay for the rich culture and elegant mosaics. Although unfairly overshadowed by the neighboring Adana’s delicious kebabs and Türkiye’s food capital Gaziantep, this charming Mediterranean city boasts a unique culinary tradition blending the Middle Eastern, Anatolian, and the Mediterranean ingredients and flavours.

The city is blessed with thyme-scented mountains, shores with a refreshing breeze, and plains covered with fragrant lemon, orange, olive, fig groves, and vineyards. Spices and aromatic herbs also abound thanks to its mild climate and extremely rich flora. It is estimated that the Antakya kitchen offers over 600 dishes. There may not be enough room in your stomach for all of these dishes, but here is a brief list of the essentials to begin with: 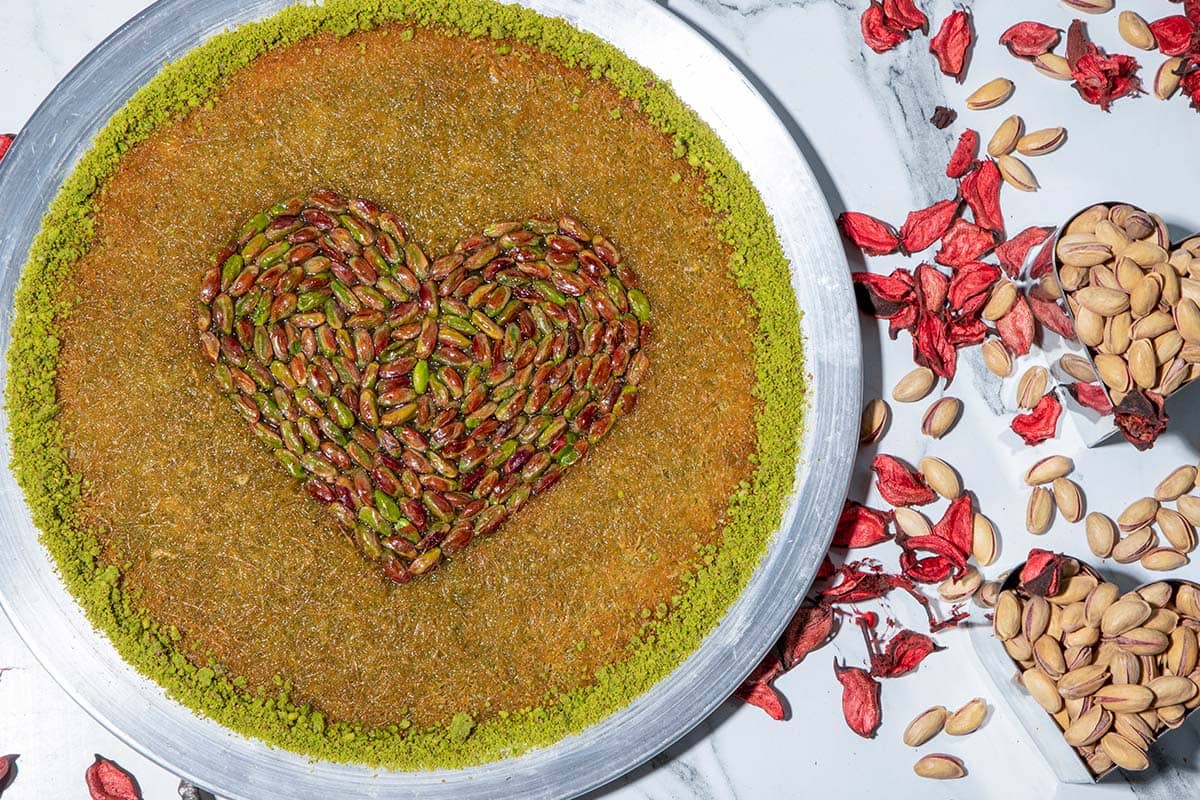 Antakya is the Künefe capital of Turkey. This iconic dessert is basically thin strands of syrup-soaked pastry baked around a core of special, unsalted dessert cheese. The ancient markets in Antakya are studded with artisanal makers of tel kadayıf, the shredded dough used to make Künefe. Antakya residents claim all other non-Antakya Künefe platters pale in comparison. The trick is preparing Künefe with hand-cut kadayıf, unsalted fresh local cheese, and delicious butter, cooking it in small copper plates over a wood fire grill, and serving it very hot, soaked in syrup with clotted cream (kaymak) and topped with pistachios or walnuts for some crunch. 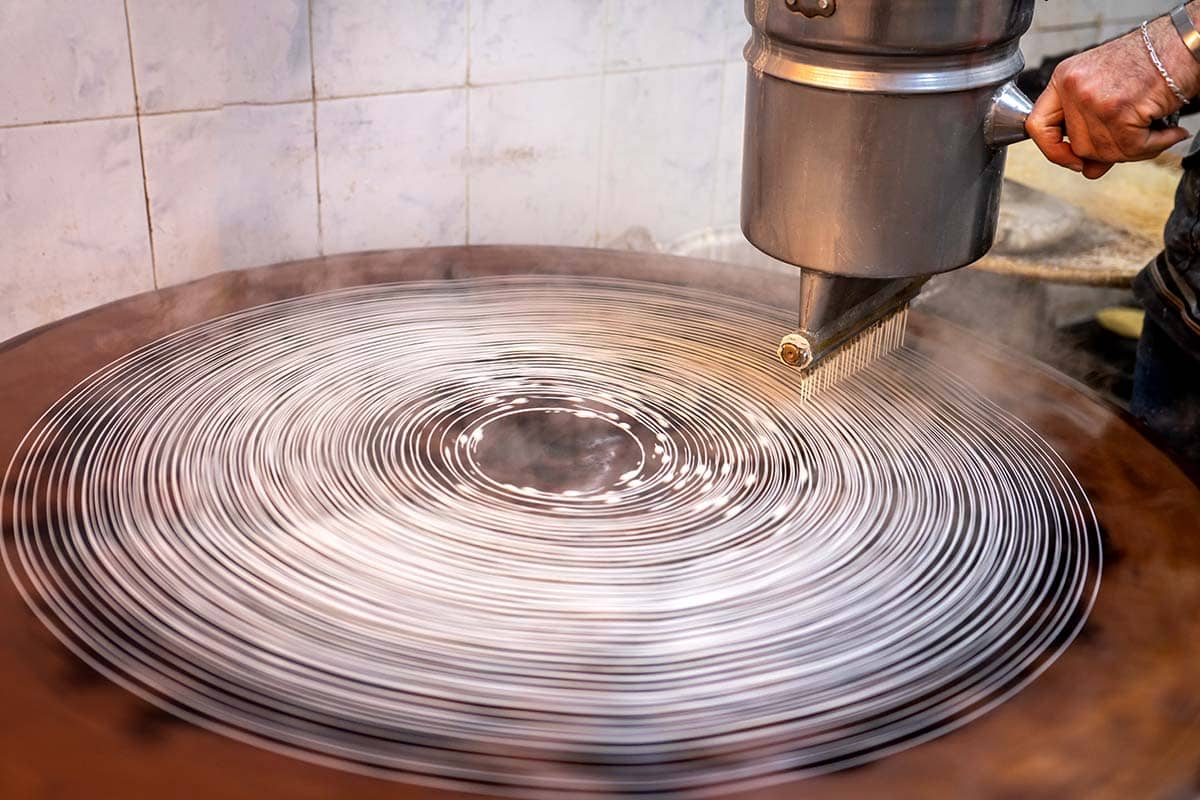 Somewhere between a soup and a stew, this hearty and tasty dish is undoubtedly one of the local favorites. Antakya is famed for its nar ekşisi (pomegranate molasses), and it is an essential ingredient in the southern Turkish cuisine. But in Ekşi Aşı, the rich and tangy pomegranate molasses simply shines as the star of the recipe! Not to mention the small balls of Oruk (locally made bulghur balls) added to make it more nutritious. More details on Oruk below! 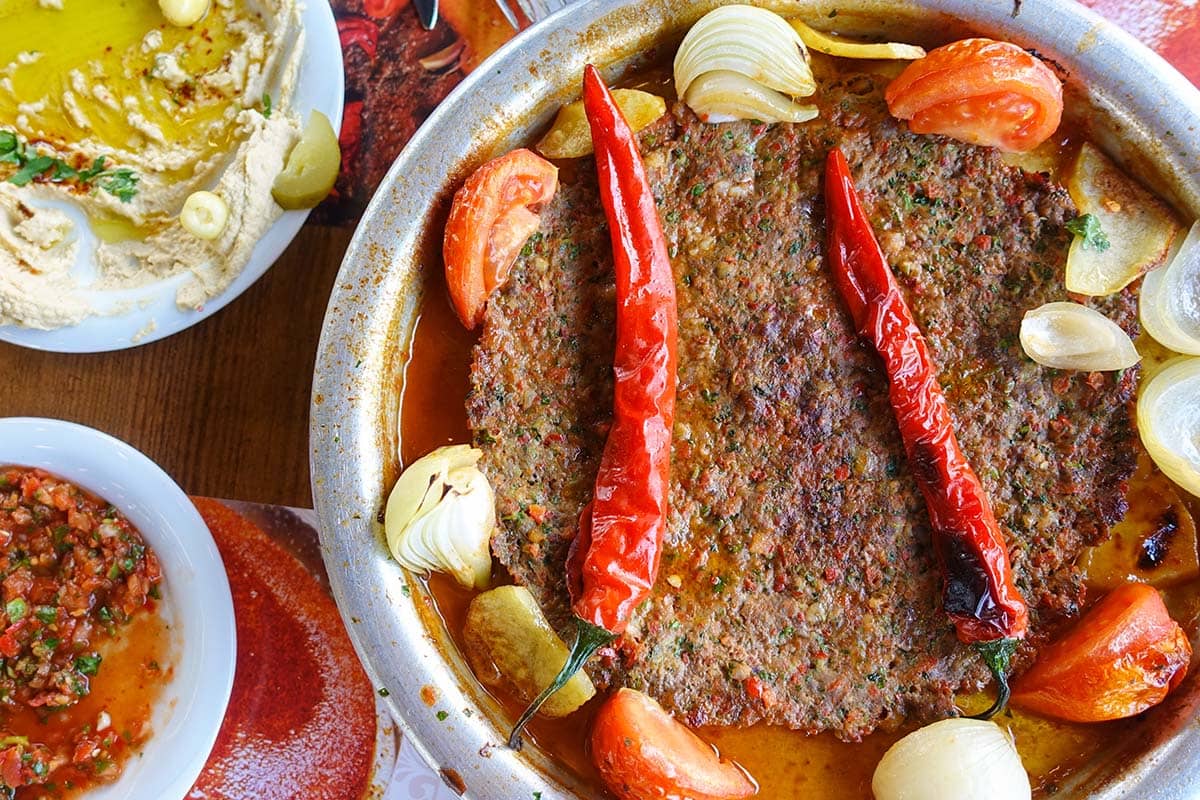 One of Antakya’s two kebab specialties, Tepsi Kebabı (tray kebab), is traditionally prepared by kneading minced meat with finely chopped onions, spices, and herbs. Then, this mixture is molded into a large circular baking tray and topped with tomato sauce before it is baked in a stone oven. In Antakya, you can eat this mouth-watering kebab at butchers, where the meat for kebab is minced with a special knife called zırh. Tepsi kebabı is also one of the main dishes local women serve their guests in any Antakya home. 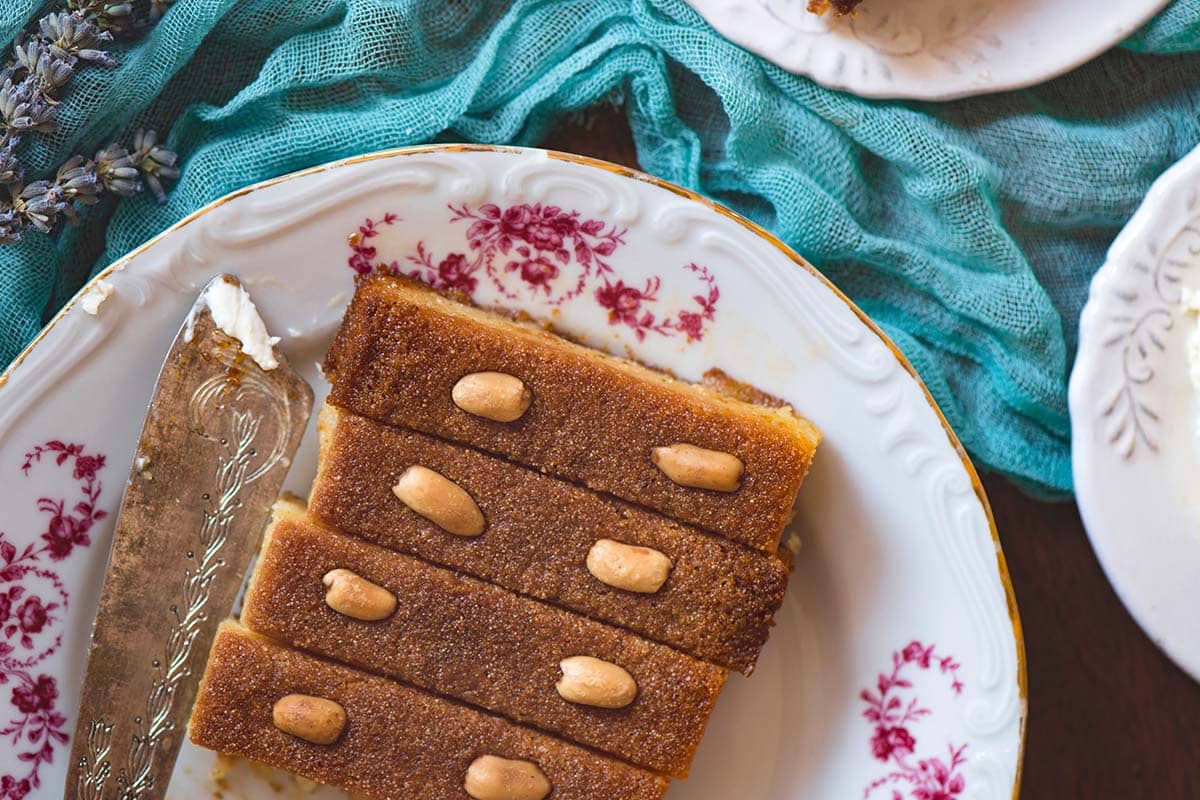 Türkiye’s southeastern Mediterranean regions have a peculiar love affair with desserts, especially ones drenched in thick syrup. And, Antakya’s famed Şam tatlısı is a perfect example of this obsession. Made with semolina, yoghurt, and pekmez (grape molasses), this dessert is usually sold on the streets to munch on anytime of the day. Neatly cut into rectangular bars, it is traditionally topped with peanuts and clotted cream.

Recognized by UNESCO as acity of Gastronomy, Antakya’s offerings can no doubt put a little bit of strain on your stomach. Cue ekmek köftesi. In the old days, this dish was prepared to make use of bread that had gone stale. But today, it is considered a remarkable flavour that you can prepare without using any meat. Stale bread is kneaded with boiled bulghur (cracked wheat), grated onion, finely chopped parsley, tomato paste, eggs, fresh mint, and various spices. Then, this mixture is fried in oil. It is a great alternative to city’s meat heavy dishes and both vegetarians and children love it, too! 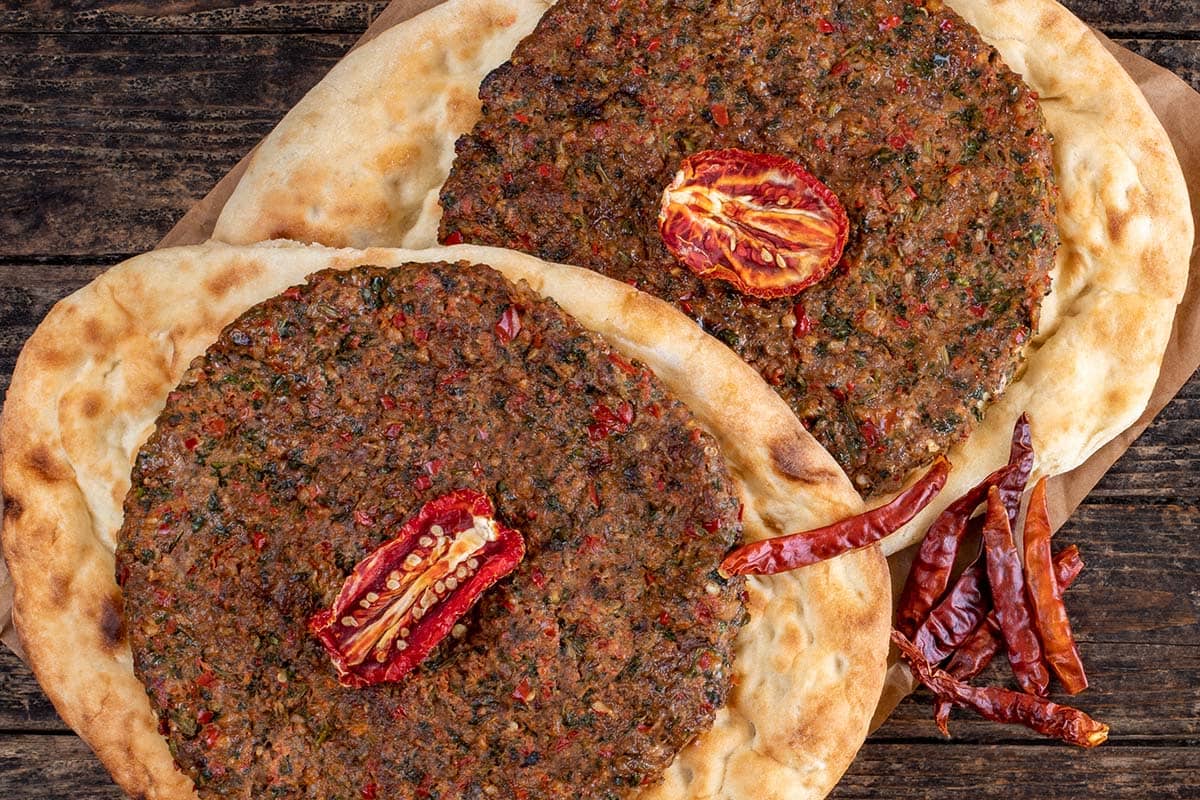 Red meat is an indispensable part of the Turkish cuisine, and famous Antakya kebabs are no exception. Kağıt kebabı is one of these popular recipes. It is mostly shaped into large patties and roasted in wood-burning ovens. Kağıt kebabı (literally paper-thin kebab) is roasted using baking paper to trap all the juices and flavors inside. Kağıt kebabı is made from the beef ribs and served on top of Pide (pita) or Lavaş (lavash) bread. The city of flavour even received a geographical indication certificate for this unique dish. Don’t miss it while in town! 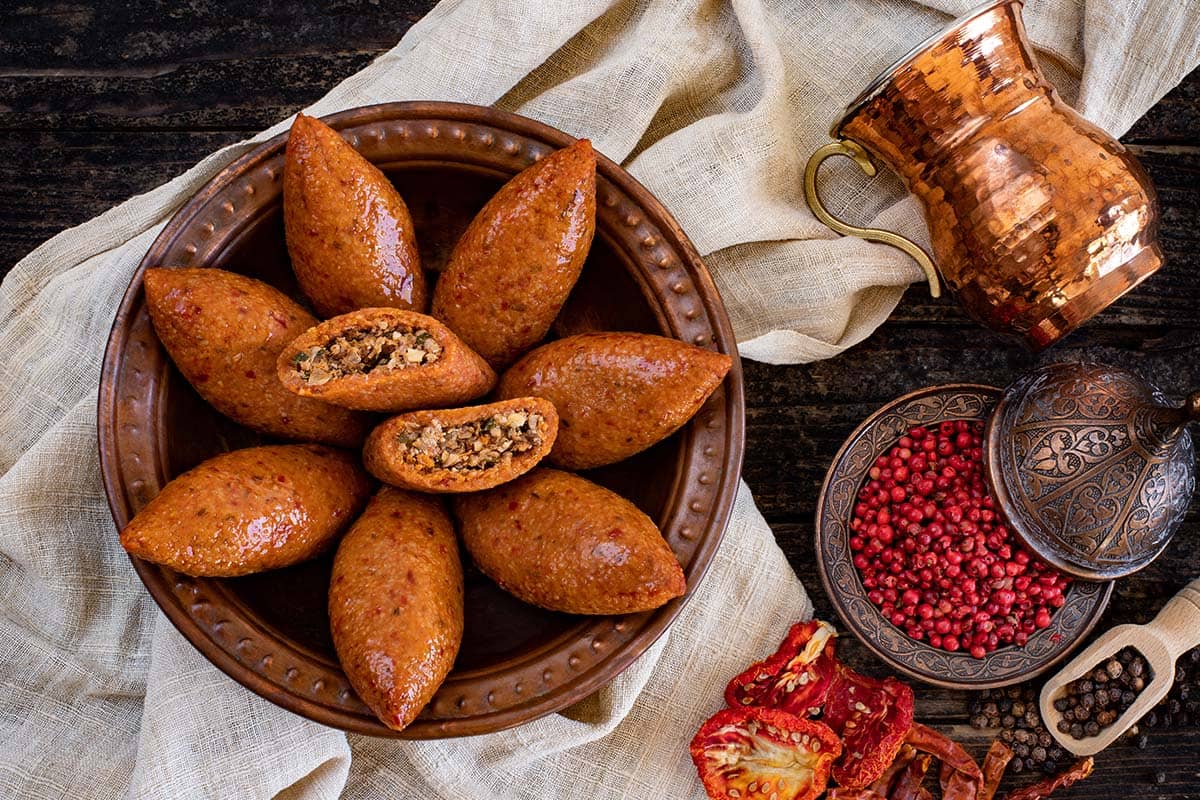 Antakya’s take on stuffed meatballs, "oruk" (also known as kibbeh in other parts of the world), is made using bulgur, meat, walnuts, onions, olive oil, and various spices. Since it is very labor-intensive, it is usually prepared on special occasions and religious festivals. Almost every household has its unique recipe, and it is handed down from one generation to another. It is generally cooked on copper trays over a wood fire to add to its fragrant taste. But it can also be served as a pie or deep-fried according to preference.

Kepse pilavı, first orginated from the neighbouring Middle Eastern cuisine, yet it has an important place in Antakya cuisine as an inviting rice dish. Various local ingredients such as saffron, ginger, cardamom, and cloves are used to make it even more tasty. Kepse pilavı, which is very popular for its intensely spicy flavor, is especially served at crowded tables on special occasions and festivities. Chicken marinated with spices and served as a whole is placed on the pilaf: A true symbol of abundance. 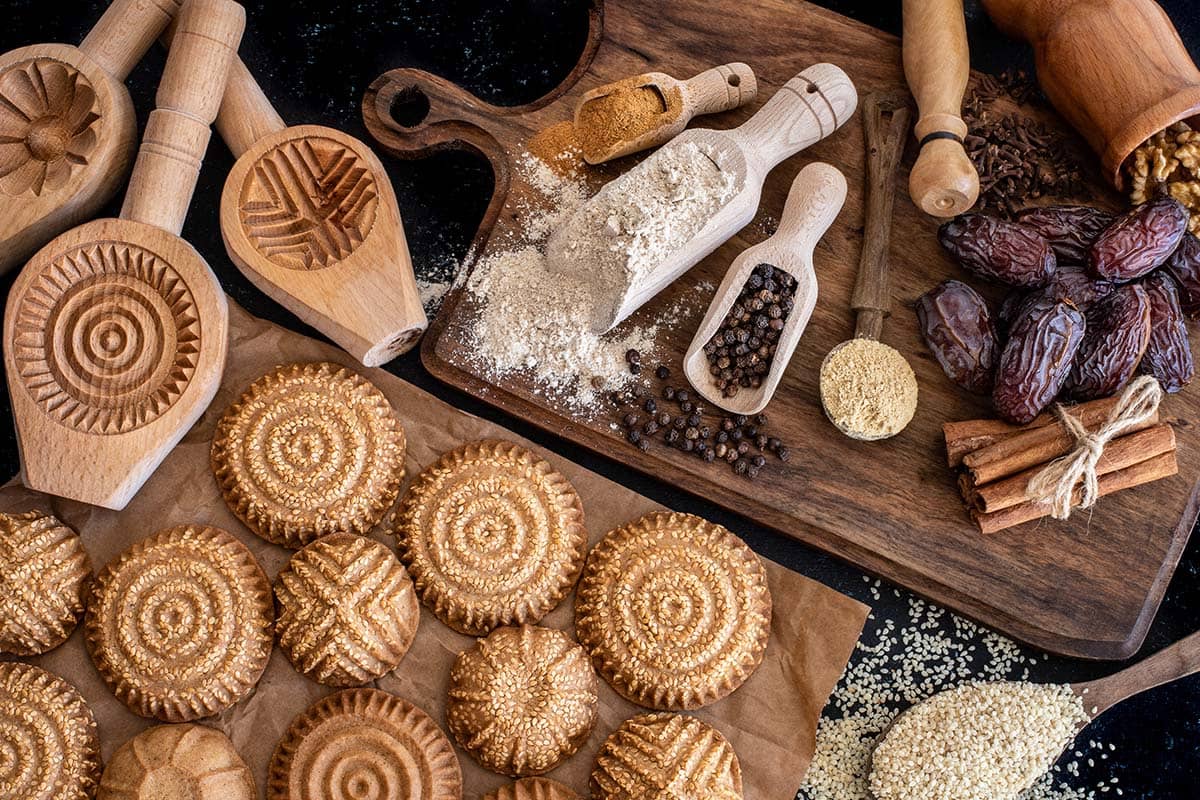 The unique Antakya flavour Kömbe, a special butter cookie produced with special wooden molds, is made in almost every Antakya home, especially during the holidays. The molds used for the recipe are essential. The handmade molds are produced using first quality woods and passed through 8 stages. There are about 25-30 different models that each give a different shape to the Kömbe cookies. This delicious cookie can be baked plain, with walnuts, or sweetened with dates. But its trademark ingredient is the unique Kömbe spice mix which blends cinnamon, nutmeg, mahaleb, ginger, allspice, clove, and mastic gum. Now, sit back, bite into your Kömbe cookie and sip on a hot glass of Turkish tea while discussing the day's discoveries. 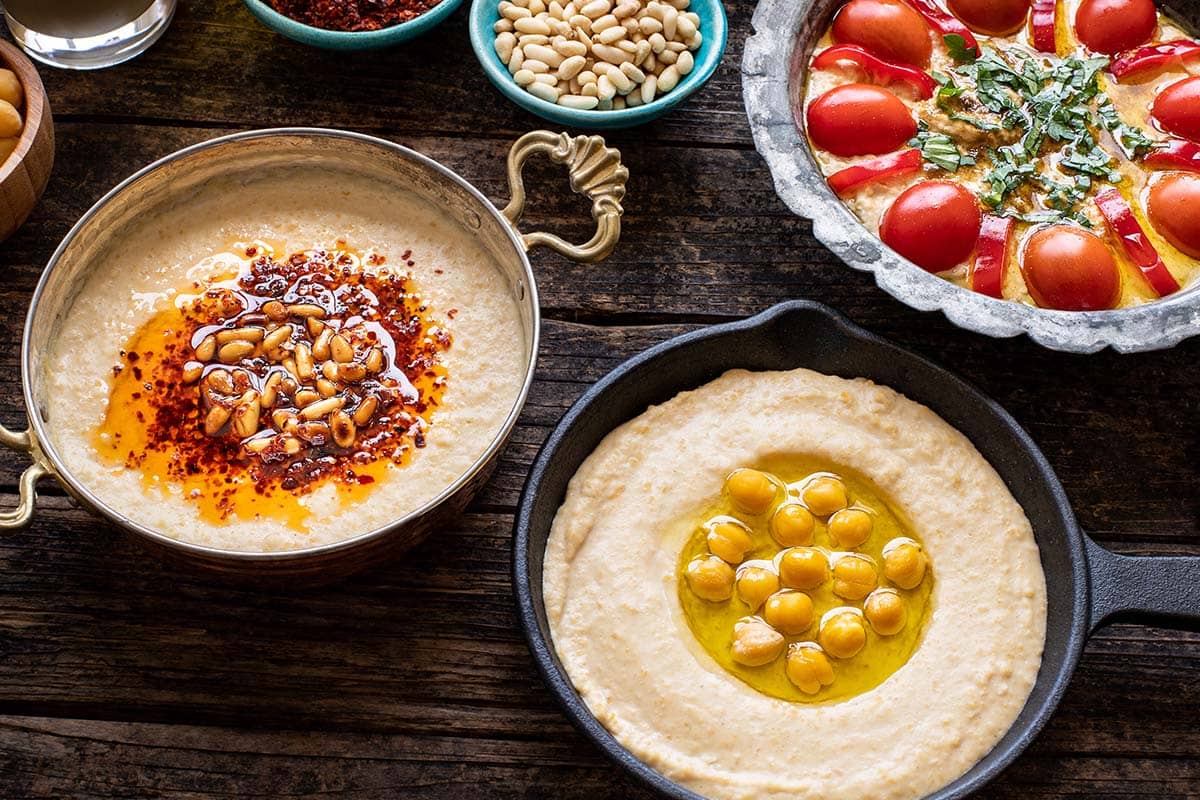 With mysterious origins, this appetizing and trendy dip is probably one of the most contentious dishes in the world. And in Antakya, you will come across a Humus shop almost on every street. It is consumed at every meal, and you can find it on the menu of nearly every restaurant as a side dish or even a main course! It will be served cold with pickles, fresh mint, and fresh veggies heavily doused in virgin olive oil for breakfast. It is baked in the oven and served with melted butter and roasted pine nuts for dinner. Its creamy, smooth texture will not disappoint you. The secret weapon in the recipe is the quality of the locally produced chickpeas. 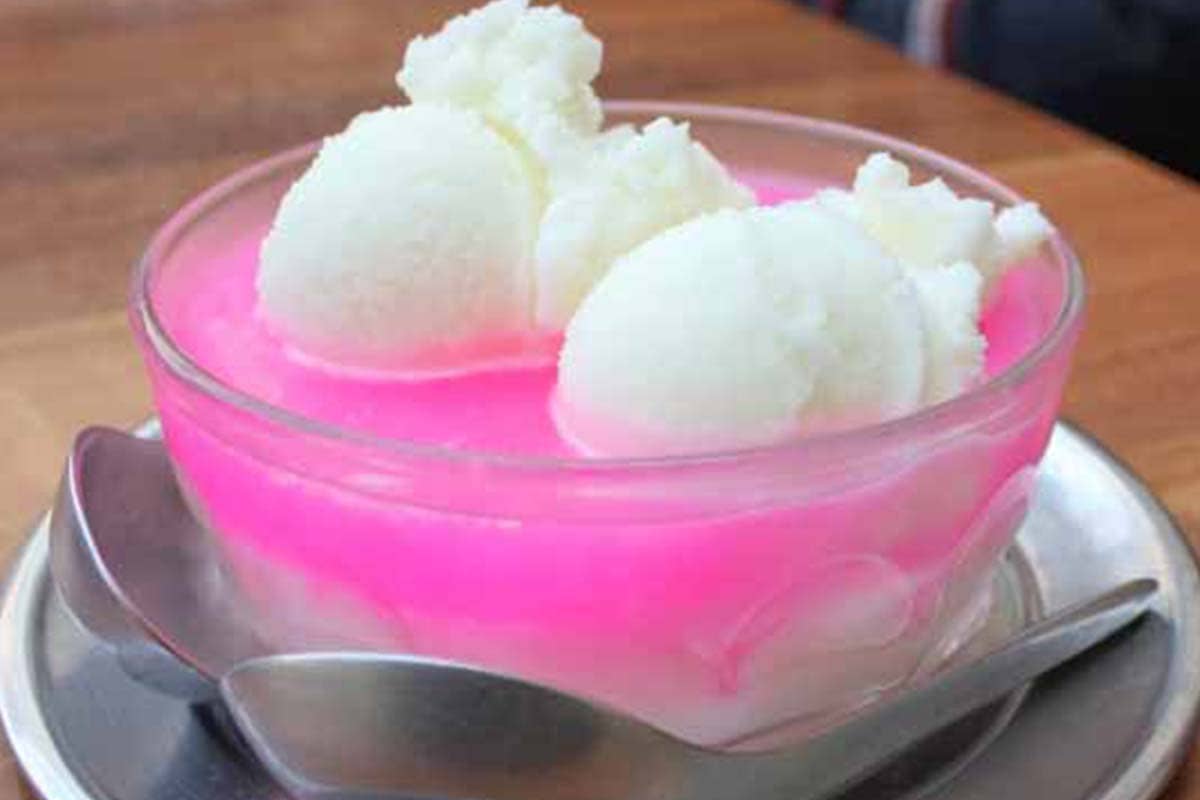 Who can resist a pink dessert that tastes like heaven? This celebrated dessert consists of two scoops of homemade vanilla ice cream swimming in a pool of rosewater on top of a bed of cornstarch pudding cubes. The first bite is intensely sweet, but this refreshing delicacy offers a complex experience of flavours as you keep digging. Make sure you don’t confuse it with Adana’s Bici Bici dessert that has a similar outlook.

Antakya’s hummus shops have one lesser-known specialty: Bakla, a kind of mashed fava bean spread. It is made fresh to order by hand with mortar and pestle. Known as ‘shoemaker’s kebab’ among the locals, it is served as an early-morning breakfast as well as a snack at any time. You can season it with cumin, olive oil, and parsley according to preference.