Mount Nemrut: The Secrets Of The Commagene Kingdom

The haunting sculptures overlooking Mount Nemrut are some of the most magnificent that you'll find anywhere in the world. Giant heads built in the 1st century B.C. under the Commagene Kingdom look out over an incredible sunrise and sunset every day. These massive sculptures are like just about nowhere else in the world, weighing at 6 tons and are a full 10 meters tall.

But where do these mysterious sculptures come from? What is the Commagene Kingdom? Who was King Antiochus I Theos?  Why were they built? What purpose do they serve? And why on this spot? It’s one of the few examples in history where we have the remnants of the history and not the memory, so it’s up to us to set the record right and discover the history of this land all over again. 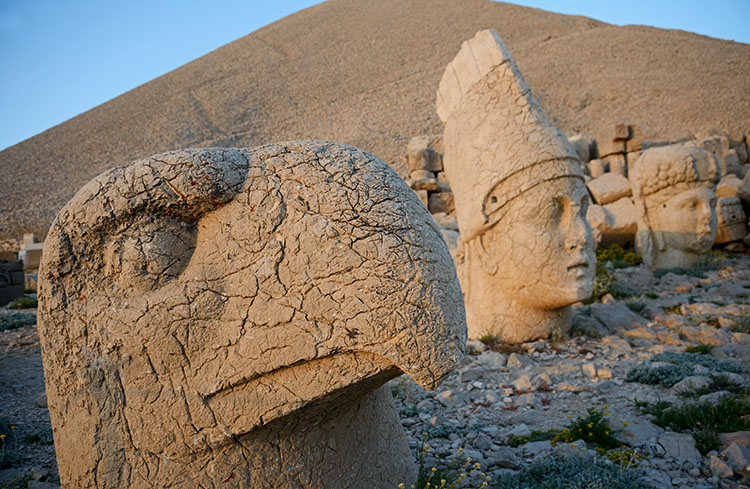 What was the Commagene Kingdom?

This kingdom was an ancient Armenian kingdom that essentially served as a buffer state between ancient Rome and Persia. In fact, the kings of Commagene claimed ancestry from Darius I Persia.

Its capital was the grand city of Samosata, of which just about nothing remains. The valley at the bottom of Mount Nemrut is likely the location for the city. As you can see, even the known history of the kingdom is a little shrouded in history, but it’s reckoned that the kingdom remained relatively independent until 17 AD, when it was conquered by the Roman emperor Tiberius. It regained independence for a couple decades before being incorporated in the Roman Empire once and for all in 72 AD by the emperor Vespasian.

The kings of the kingdom appear to have been extremely powerful and wealthy, and certainly the sculptures and Mount Nemrut speak to this. 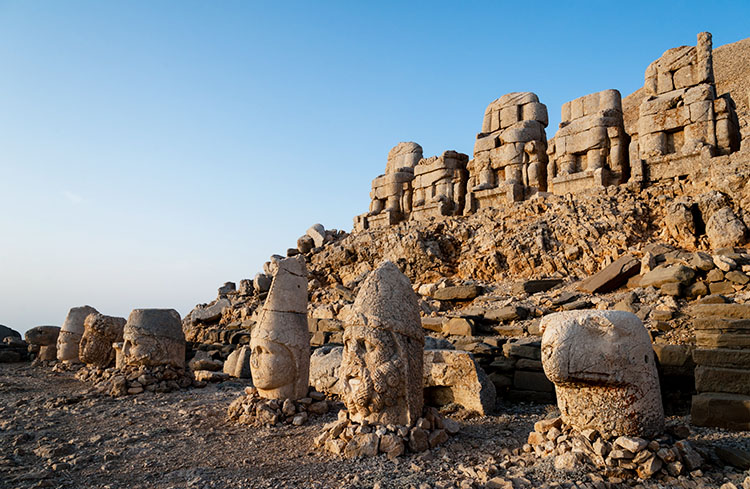 Wait, so what are the sculptures exactly?

The sculptures were built by King Antiochus I Theos of Commmagene as a tomb-sanctuary for himself. The sculptures are of himself, of himself, two lions, two eagles and various Greek, Armenian, and Medes gods, such as Zeus-Aramazd or Oromasdes (associated with Zoroastrian god Ahura Mazda), Hercules-Vahagn, Tyche-Bakht, and Apollo-Mihr-Mithras.

The sculptures themselves show the “East meets West” nature of the kingdom, as the facial features are Greek but the clothing they’re wearing is decidedly more Eastern. They are no longer standing in their original positions, but the scattered effect of the sculpture’s current positions is almost more jarring than if they were neatly in a row as they almost certainly were originally intended.

The site as a whole is massive, with a 49-meter-tall tumulus on site (mound of earth and stones raised over tombs). 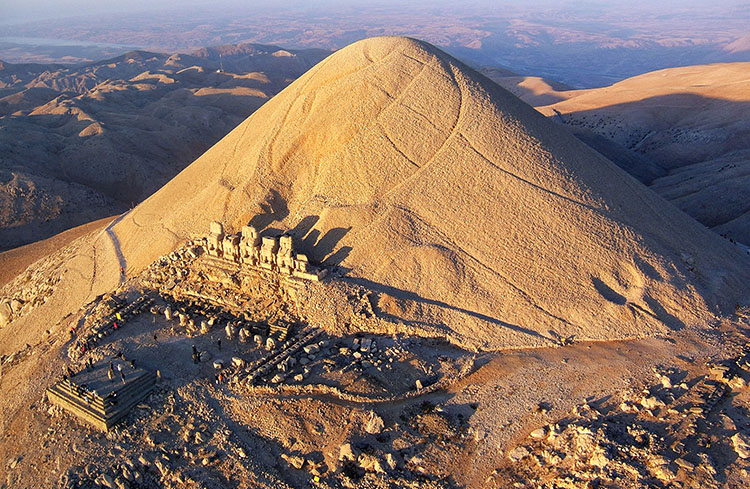 The nearest major city to Mount Nemrut is called Adiyaman, but probably Gaziantep is where you’ll fly into. Drive up, and the sunsets and particular sunrises over the sculptures is absolutely a must-see. As the massive sculptures are bathed in the dawn’s red light, reflect over the marvel of history and the passing empires over these lands.

Getting here by car is probably the easiest, though there are both tour buses and local village “Dolmuşes” that take you all the way.