A Weekend Spent Amidst The Fertile Soils Of Mesopotamia

The word Mesopotamia means simply the "land between two rivers," namely the Tigris and the Euphrates. This region is widely described as the cradle of civilizations, and it was largely here that the agricultural revolution took place as human populations began to settle down and leave the nomadic ways of life of hunter-gatherer societies. And as people settled, they built cities and civilizations, and the rest is history.

The fertile lands of this region, irrigated by the two rivers, is largely given as one of reasons behind this ancient growth. The weather is warm most of the year, and it marks the perfect spot for the lifestyle the developed here.

Neolithic settlements are quite common here as well, such as Gobekli Tepe and Çayönü, though this post is not going to touch on these rather than touch on cities and developments more accessible to us today.

Without further ado, some of the highlights of a trip through Mesopotamia: 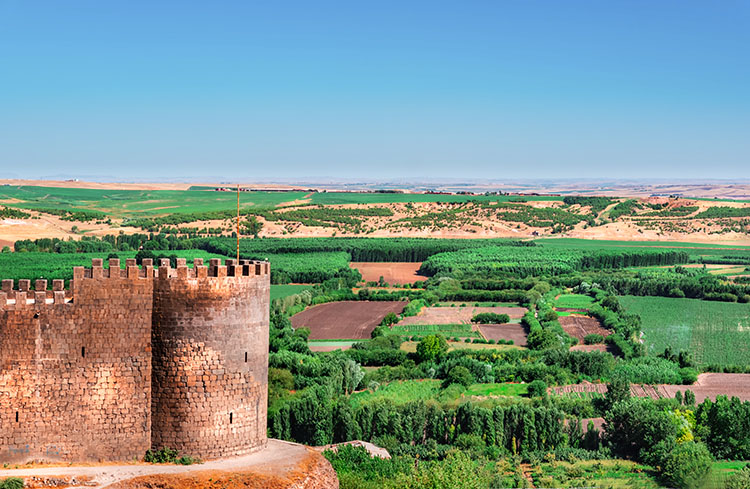 If we’re talking about the fertility of these lands, the Hevsel Gardens (a UNESCO World Heritage Site) are a great place to start with about 700 hectares of fertile land growing up to the walls of Diyarbakir along the banks of the Tigris River, between the Diyarbakir Castle and the river valley.

These gardens are simply spectacular to walk through, and no less spectacular to fly through based on the number of birds and species that make this their home during various migratory seasons. In addition to more than 180 bird species, it is the shelter of many mammals such as otters, foxes, martens, squirrels and hedgehogs. Many of these animals have been placed under protection and are quite rare.

The Castle walls themselves are quite spectacular as well. They run about 5.5 km in length and are seven to eight meters tall. It’s the longest contiguous wall in the whole world after the Great Wall of China. 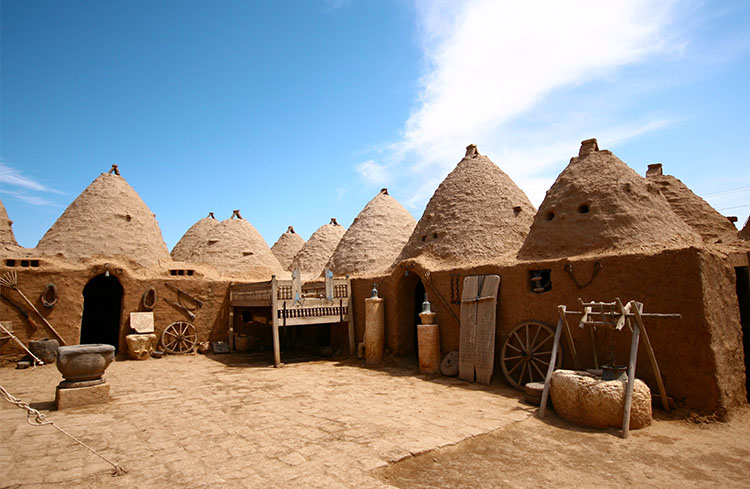 It’s no surprise that anywhere in Mesopotamia would be a center of learning, and Harran is no exception as this is where the first university in the world was established. It also features one of the world’s first centers of science along with Athens and Mardin (another Mesopotamian city!).

The name of the city comes from the word "haran-u," which means "travel" or "caravan" in Sumerian. Some sources suggest that this word means "intersecting roads" or "severe heat." The city’s location between the Tigris and the Mediterranean means that it’s ideally situated as a commercial center, and indeed it’s played this role for millennia. The city was originally dedicated to the goddess of the moon.

The city of Harran dates back 5,000 years, and the traditions with which its houses are built may well date back just as long. The city really does just feature something special, because despite the fact that there is no running water or greenery in its immediate vicinity (though up until the 11th century it’s reckoned to have significantly more lush than it is today), it’s been a continually lived in civilization for so many thousands of years. But walk through the city and you feel this magic immediately. The stunning “bee-hive” houses, which are built ingeniously to keep cold all through the summer, are as remarkable as the castle, mound and city walls you’ll find here.