Historical research has revealed that Ankara has been settled from the Stone Age onwards and has been home to ancient civilizations such as the Phrygians and the Romans, and major empires such as the Eastern Roman Empire and the Ottoman Empire. The city was crowned the capital of the modern Republic of Türkiye in 1923 umerous civilizations passed through these magical lands leaving their traces, and Türkiye’s capital city generously showcases them! While in Ankara, you’ll be mesmerized by how the millenial ancient ruins and 19th-century traditional Ottoman houses are seamlessly intertwined. 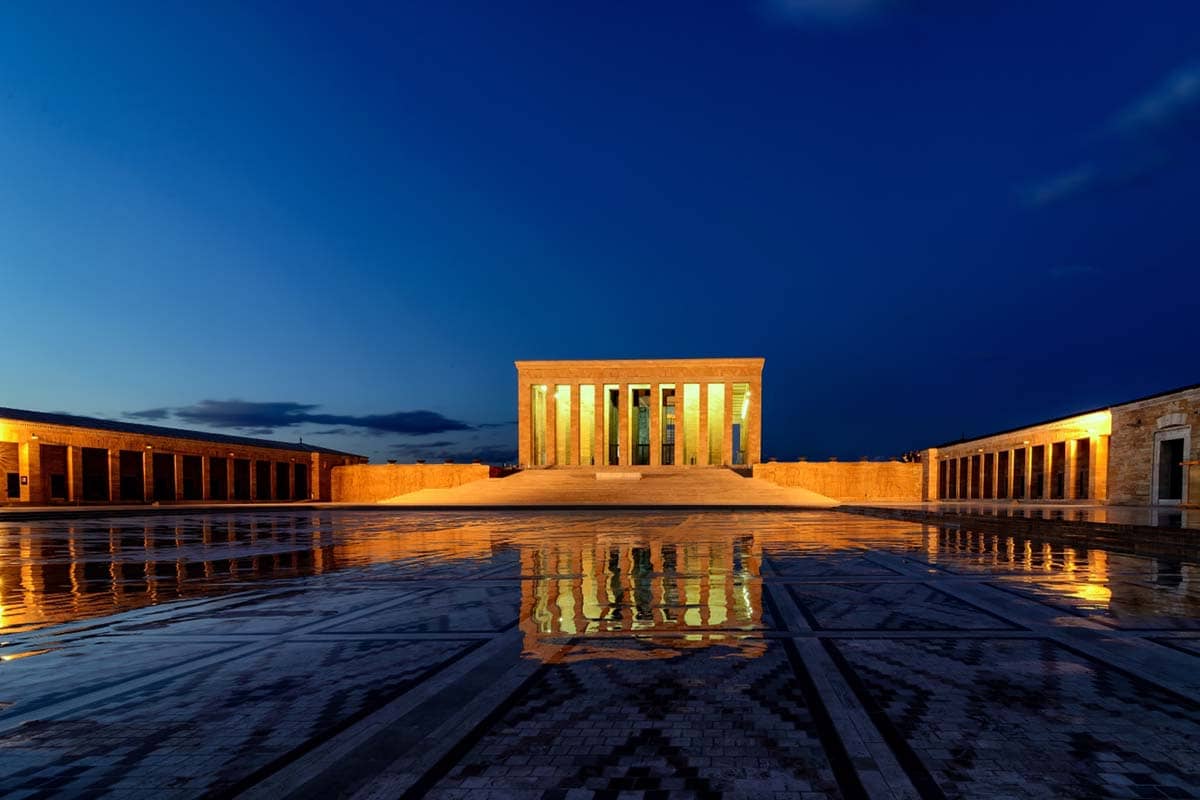 Today, the city’s Ottoman Hacı Bayram Veli Mosque and the Temple of Augustus and Roma , as shown directly below, stand side by side as proof of the city’s richness. The Museum of Anatolian Civilizations in Ankara, Türkiye’s most prominent museum, sheds light into the grand transformation of civilizations in Anatolia throughout the ages. 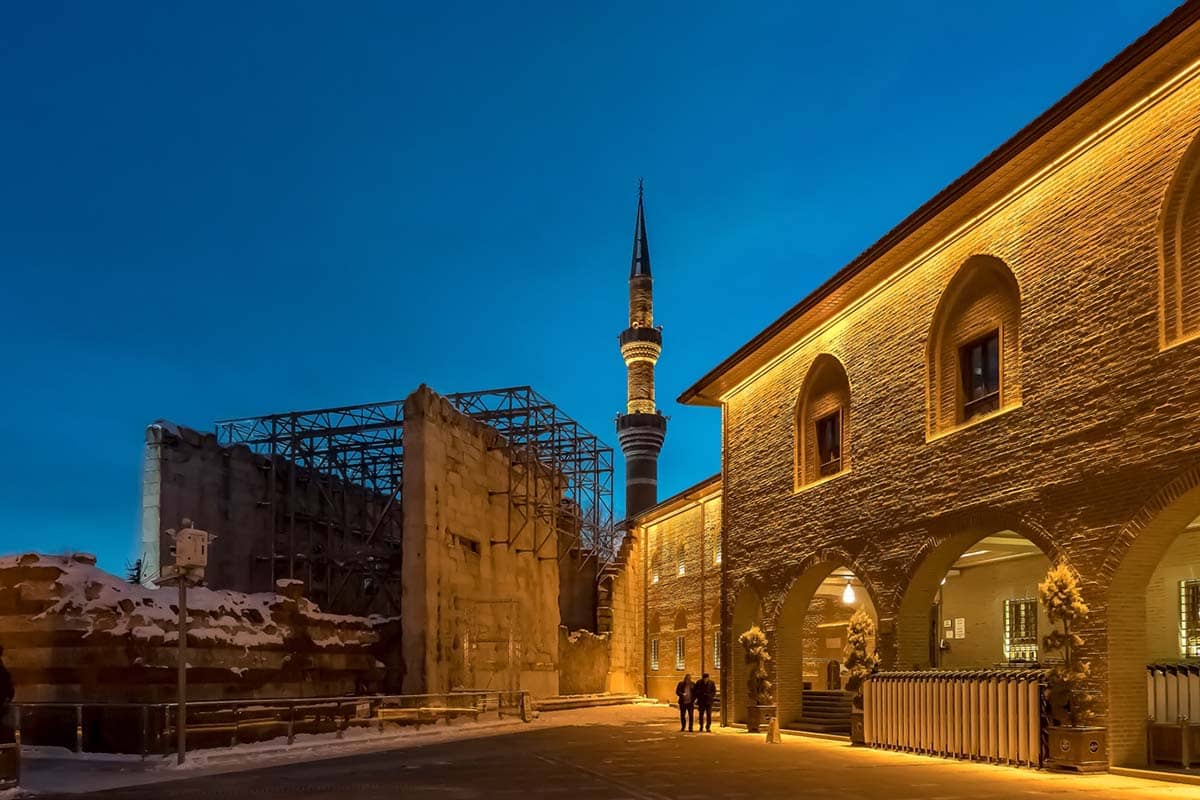 In this article, we’ll mostly focus on introducing this spectacular world-class museum, which turns 100 this year. We’ll also discuss some of the city’s other must-see sites. Welcome to Ankara!

The Museum of Anatolian Civilizations

Awarded the title “Museum of the Year” in Europe in 1997, the Museum of Anatolian Civilizations is located southeast of Ankara Citadel’s outer walls. It consists of two structures that once served two separate purposes: Mahmut Pasha and Kurşunlu Caravanserais. The former, which is believed to have been constructed by the Ottoman vizier Mahmut Pasha in the 15th century, was converted to a museum on the order of Mustafa Kemal Atatürk, the founder of the modern Republic of Türkiye, to collect and exhibit all kinds of Anatolian artifacts.

Not only does the museum allow visitors to reacquaint themselves with natolian civilizations, but it also welcomes researchers in its second building: Kurşunlu Han. This building accommodates a few study rooms, labs, and workshops as well as a library and a conference hall. The two buildings, therefore, connect the two ends of the continuum of history: the past and the future. 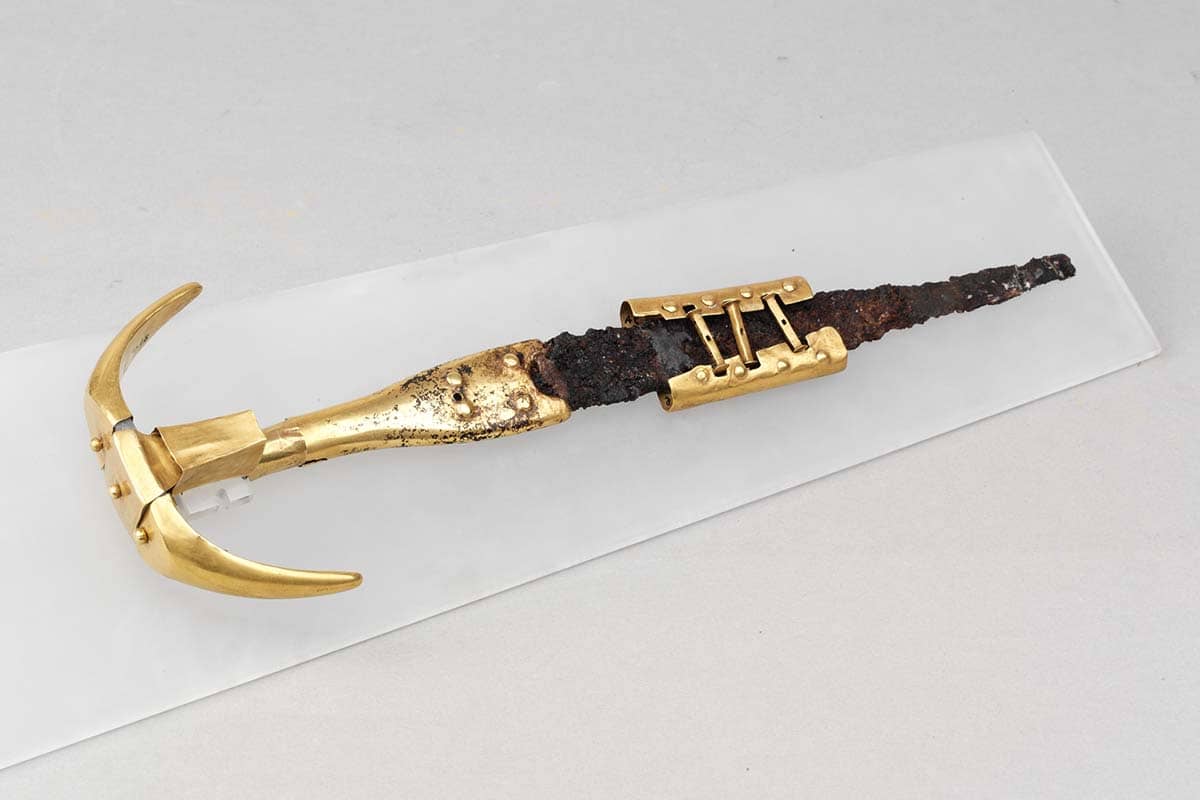 The museum’s collection of artifacts follows a chronological order, and the earliest item on display dates back to the Paleolithic era. A few sections of the museum break this setup and instead are divided according to civilizations, for example the Hittites or the Urartians, or according to the material used for the artifacts. There is, for example, a huge section consisting mainly of stone artifacts. The Urartian collection stands out with its bronze artifacts while the fibula in the Phrygian section is believed to be a predecessor of the hooked needle. 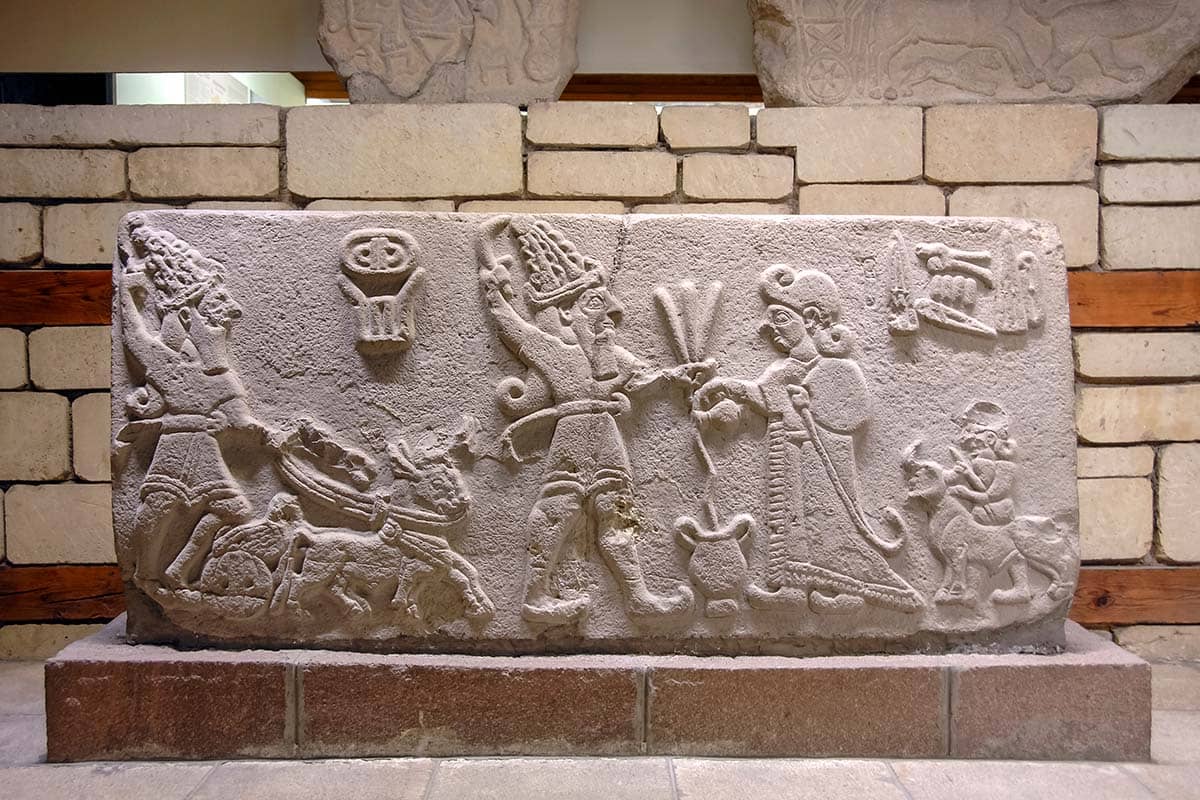 In the section entitled “Paleolithic era,” you’ll find artifacts made from quartz, flint, and radiolarite - materials that would be mainly used for weapons in prehistoric times. Next comes the Neolithic era section where human and animal figurines, ornamental furniture, and tools made of bone, flint, and obsidian are exhibited. One of the most interesting parts of this section is, no doubt, the wall painting depicting the volcanic eruption of Mount Hasan seen thousands of years ago from Çatalhöyük, a multilayered archaeological mound known as a proto-city Anatolian settlement. 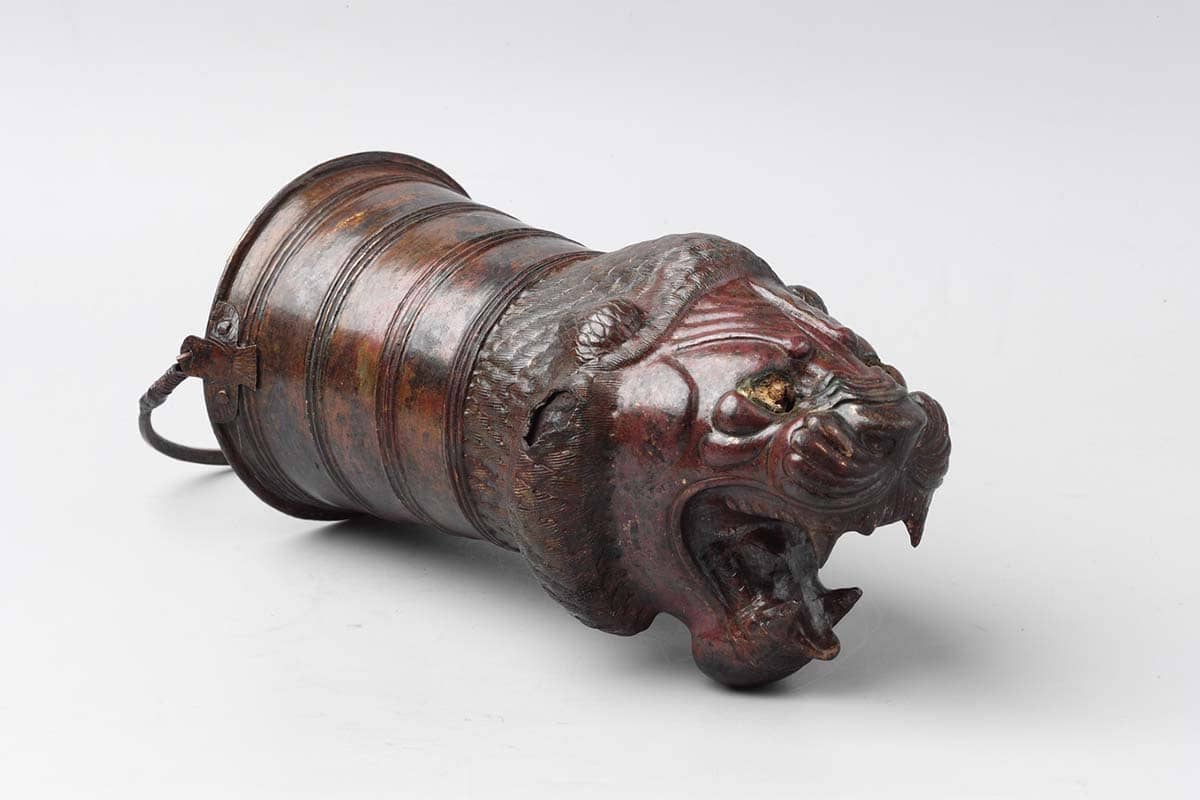 The section dedicated to the Chalcolithic era showcases prominent artifacts such as figures and figurines, jewellery, funerary objects, and some of the earliest examples of Anatolian pottery. Here you will encounter evidence of the importance of Anatolia and its capital, Ankara, throughtout history.

The remaining sections of the museum are organized around the concept of civilization rather than time. You will have a chance to see the earliest-known bronze tablet to be found in Anatolia, animal-shaped miniature toys, ivory lion sculptures, and many other artifacts that stand witness to Anatolia’s unique and complex history. 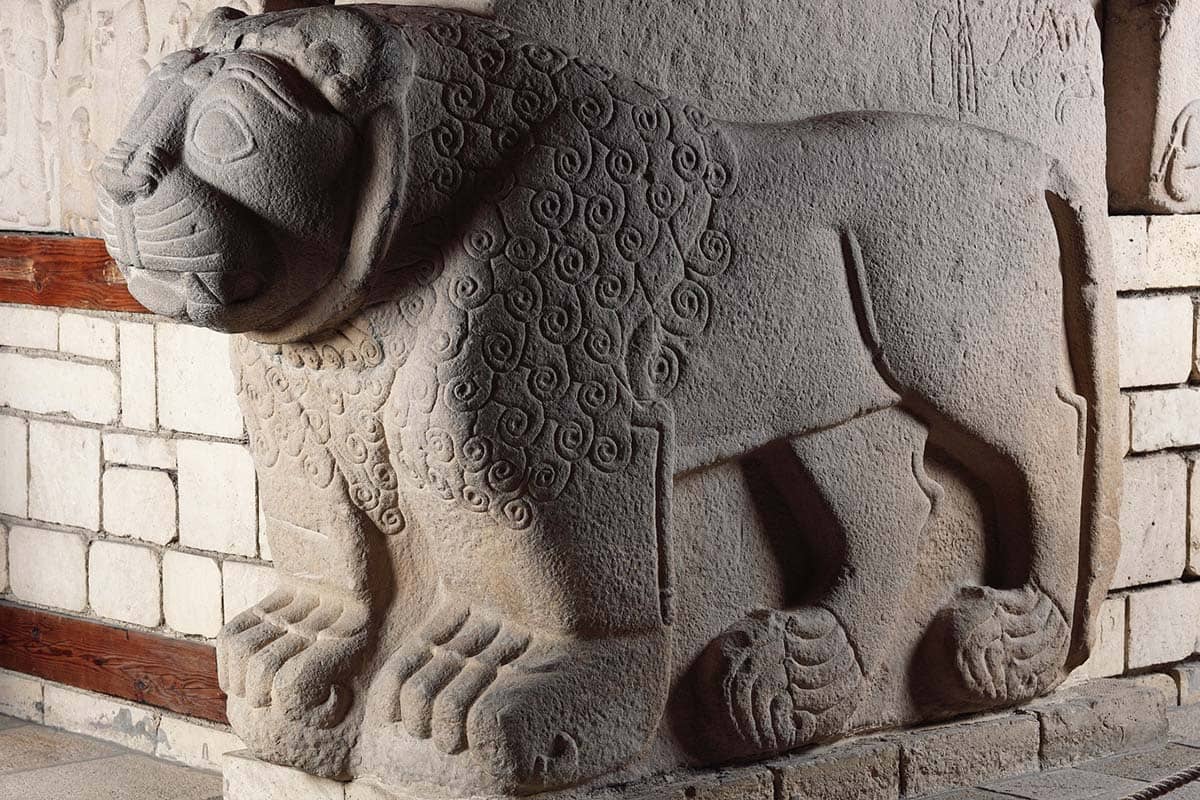 Whether you decide to explore the museum online or in person, be sure to pay close attention to the giant Hittite stela depicting the goddess Kubaba, the Gate Lion, and the statues of King Mutallu and the Phrygian goddess Kybele. 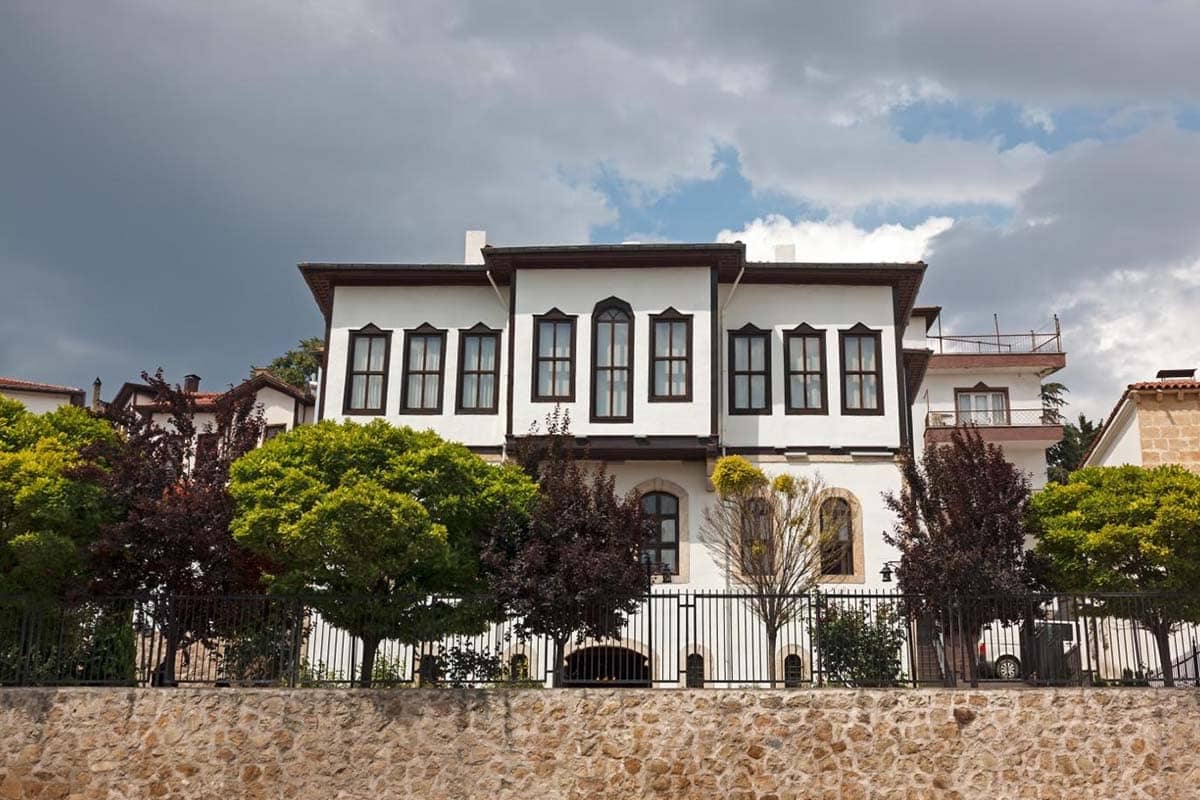 Now that you are planning to visit Ankara, we highly recommend adding a couple more local attractions to your list. Below, we have listed some destinations that might suit your interests.

Beypazarı is a historical township in Ankara with a traditional bazaar at its center. The bazaar has small cobblestone alleys dotted with small-scale businesses. Friendly faces here will hand you free samples of local specialities, like lokum (Turkish delight) or börek – this way you can decide for yourself what appeals to you the most! 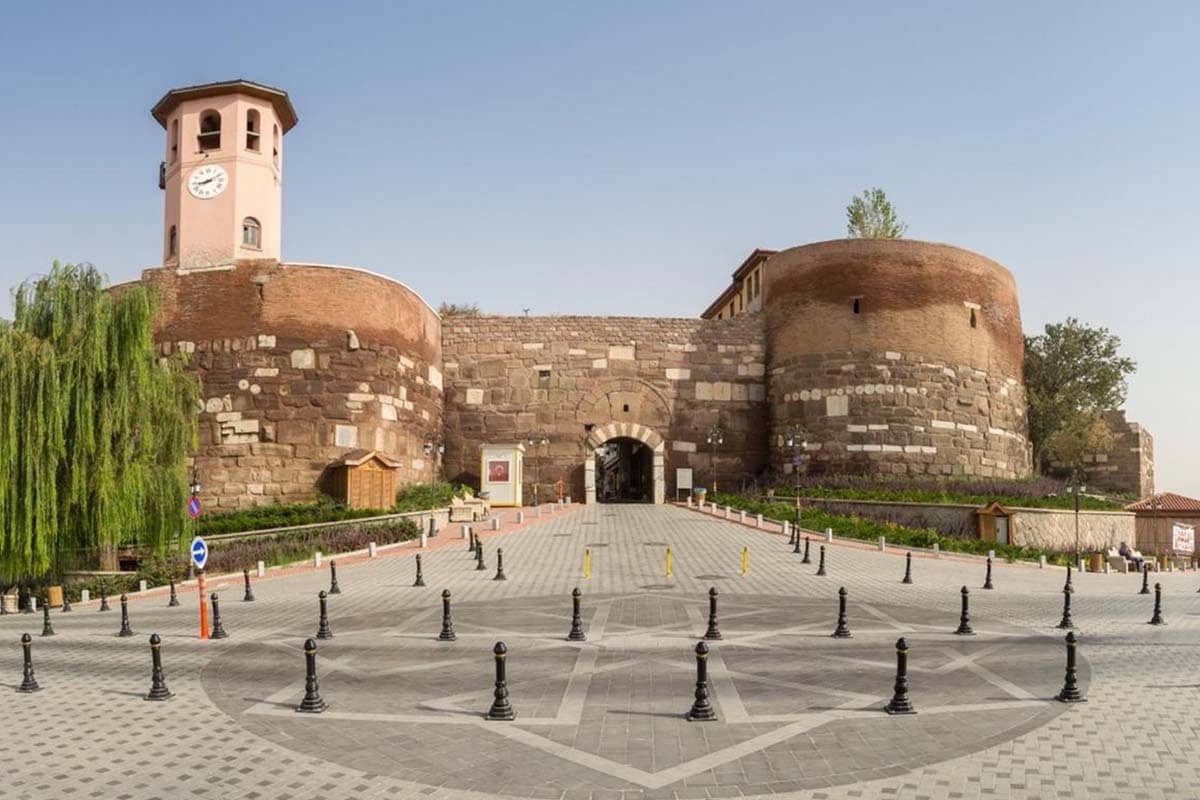 Ankara Citadel has long become the symbol of the city’s spirit and historical richness. The parts of Ankara that fall inside its walls are now called “Old Ankara.” Its constructor not yet brought to light, the castle dates back as the city itself. We do know that the castle was largely destroyed in the 7th century and later reconstructed by the Byzantines. It received its final look when İbrahim Pasha, an Ottoman dignitary, commissioned its restoration in the 19th century.

Inside the citadel’s walls you’ll come across authentic Ottoman houses to explore, some of which are serving as restaurants today. The walls themselves contain some inscriptions and marble spolia that prove the city’s long history and diverse culture.

Ankara’s Koyunpazarı Street is speckled with colorful shops, while the area is especially famous for its spices and copperwork. Don’t miss the opportunity to visit and explore this unique corner of the capital! 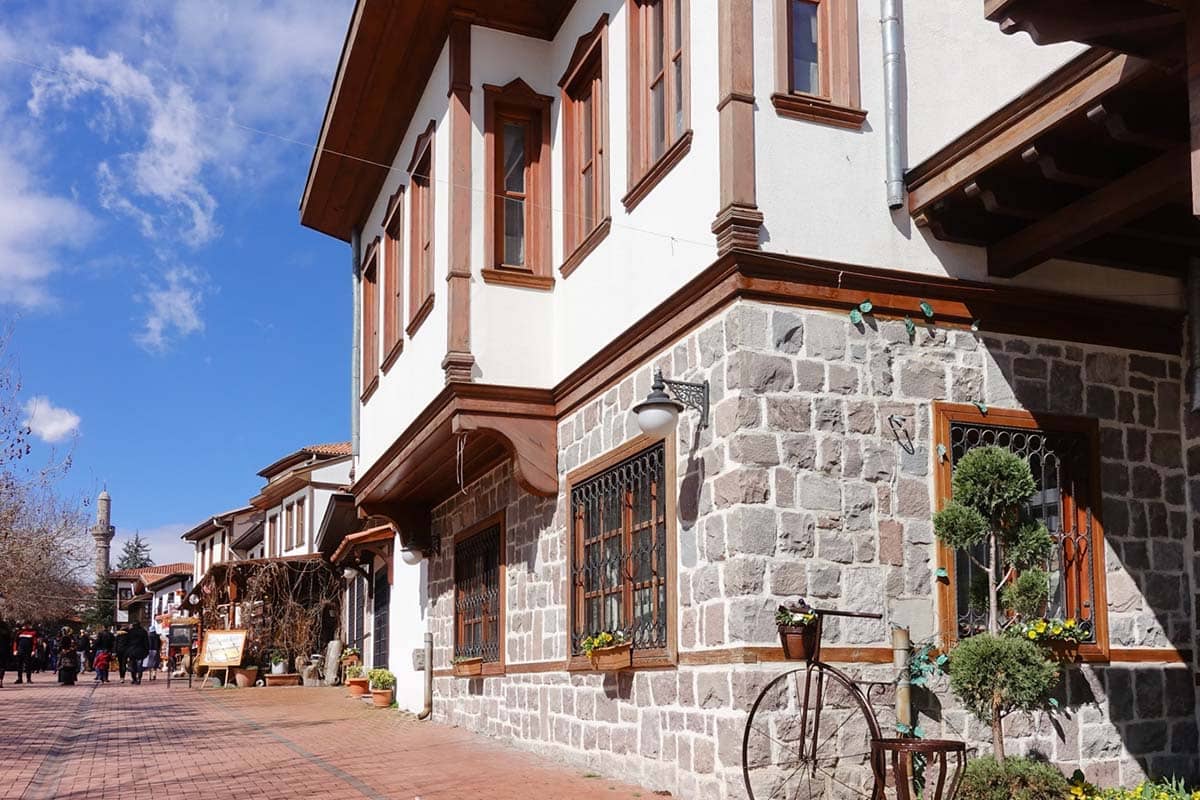 Hamamönü is notable for its Ottoman-style houses, stunning mansions, and breakfast and lunch facilities. There are numerous craft shops tucked into its restored houses where you can buy souvenirs for friends and family. There are also workshops held here for those who want to explore their artistic side! 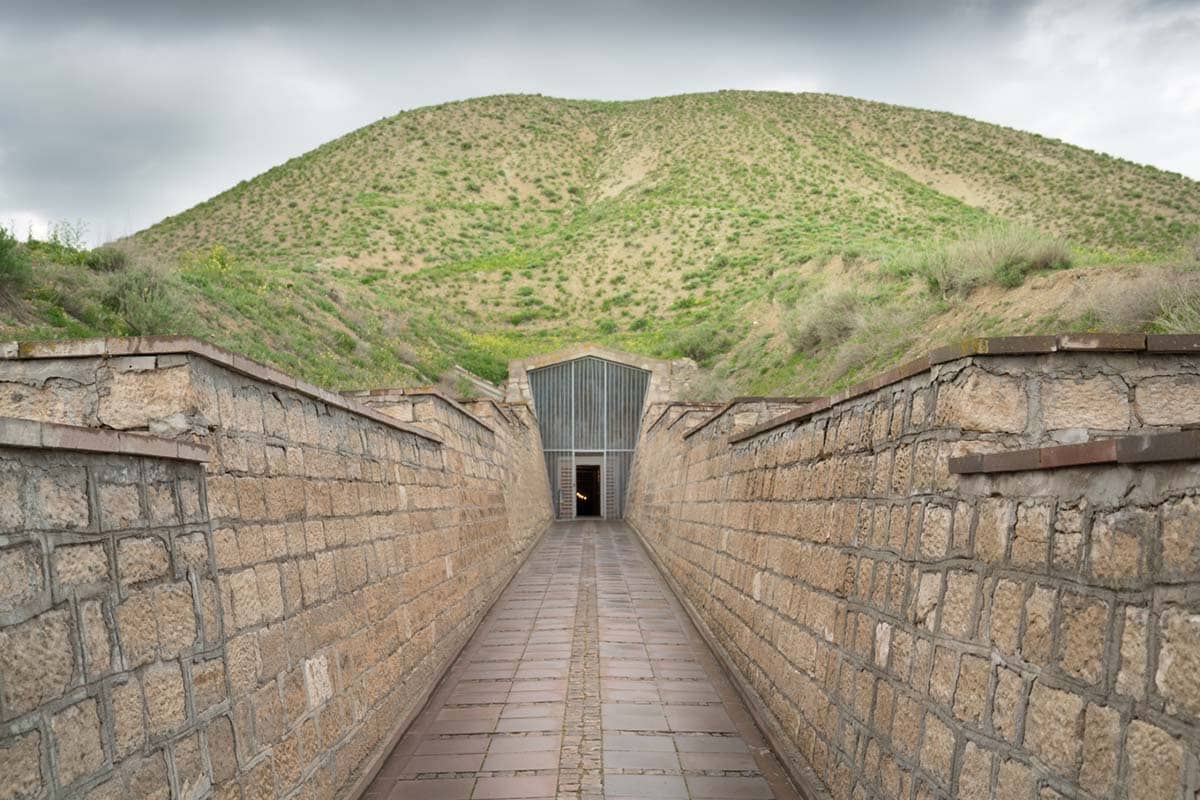 According to ancient legend, Alexander the Great, on his march through Anatolia, arrived at the Phrygian capital of Gordion (Gordium in Latin) in Ankara’s Polatlı district. He was shown a knot and told that the locals believed it would be untied only by the future conqueror of Asia. He tried to unfasten the knot, but failed. Then, he decided to cut it with his sword which was a success. Lo and behold, the prophesy came true and Alexander went on to conquer many lands!

Today, the birthplace of this legend and the origin of the expression “to cut the Gordian knot” consists of three main attractions: the archaeological site of Gordion, the Gordion Museum, and the tomb of King Midas or the Great Tumulus.

Ankara’s beauty is such that Alexander the Great, one of history’s greatest leaders, readily accepted a local prophesy in order to conquer it! Today, Türkiye’s capital offers visitors a rich array of diverse experiences that together make up its unique and awe-inspring cultural and historical identity.