How to: Türkiye's Seven Lakes Region

For nature-lovers, one of the must-see destinations in Türkiye is its Seven Lakes (Yedigöller) region. Formed by landslides, the lakes are the region's namesake. The region has a seasonal climate with many forests surrounding the lakes. Due to its abundance of flora and fauna, The Seven Lakes region is a popular destination for weekend getaways, camping, and nature tourism. Here are some tips for planning the perfect Seven Lakes trip. 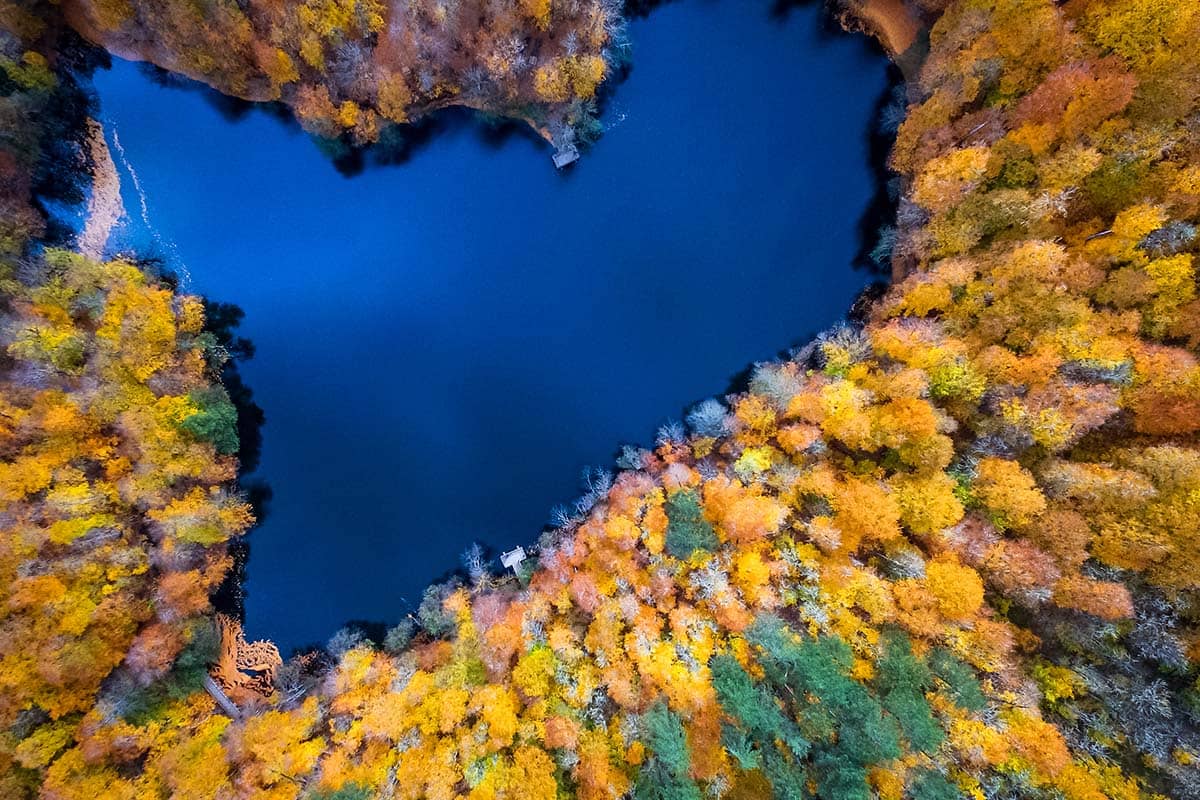 Türkiye’s Seven Lakes region known as Yedigöller, is located across the northern part of Bolu province. The region is under a four hour car ride from Istanbul and there are many bus services running routes between Istanbul and Bolu each day. From the Bolu’s center, affordable ground transportation shuttles visitors to the Seven Lakes region in about an hour. The region is popular to tourists year round, however, its many forests make the area particularly charming in autumn. As it is a seasonal climate, visitors should be sure to pack smartly as the colder months can be quite chilly. During the winter months, there is a possibility that the access roads to the National Park are closed due to snowfall and icy conditions. 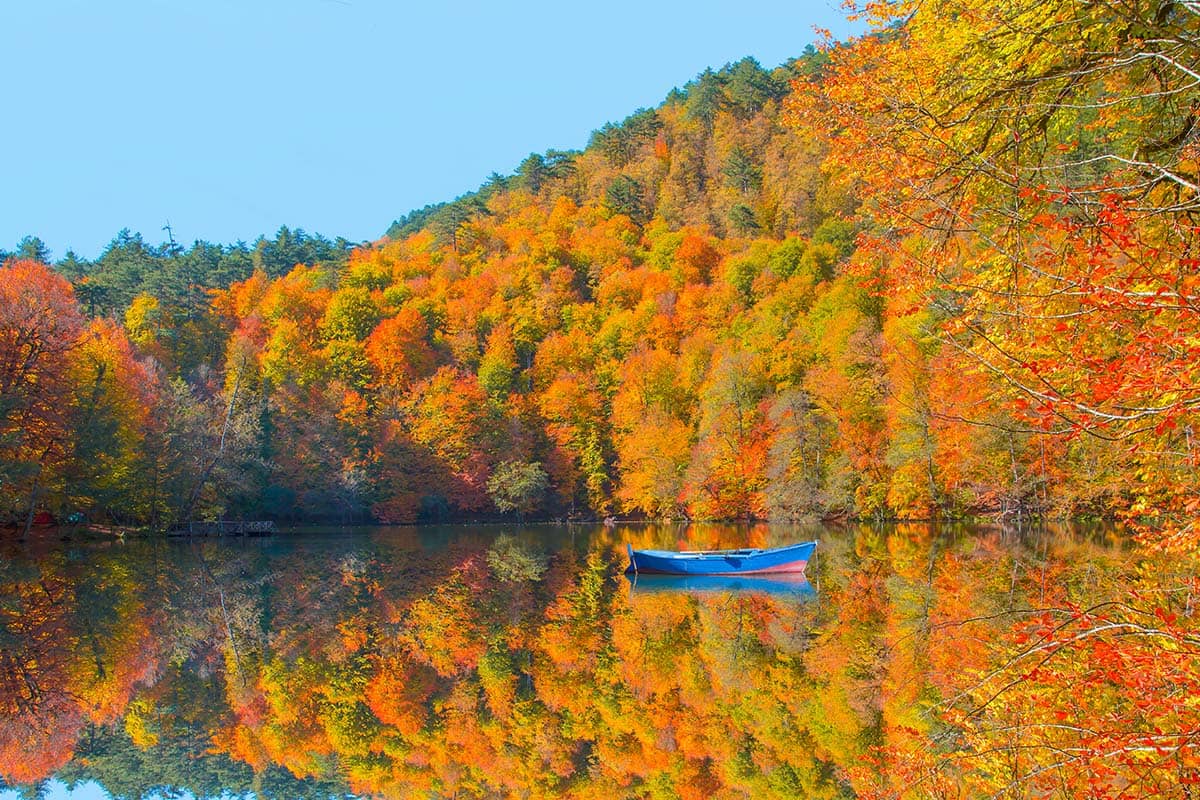 The biggest draw to the region has to be Yedigöller National Park. The over-1600 hectare park was declared a national park in 1965. This park is a popular retreat for city dwellers who want to escape the crowds and noise to a place of quiet, natural beauty. Yedigoller’s peaceful forested landscape offers more than just views. There are several campgrounds and hiking routes. For those who do not wish to camp there are also bungalows as well as a restaurant. From the sightseeing tower at Kapankaya, visitors have a great opportunity to have an encompassing view of the unique landscape. One thing that all visitors experience in common is the surprising profusion of flora and fauna of the forests and the beauty of the seven lakes at the heart of it all.

Red squirrel amid the Autumn leaves 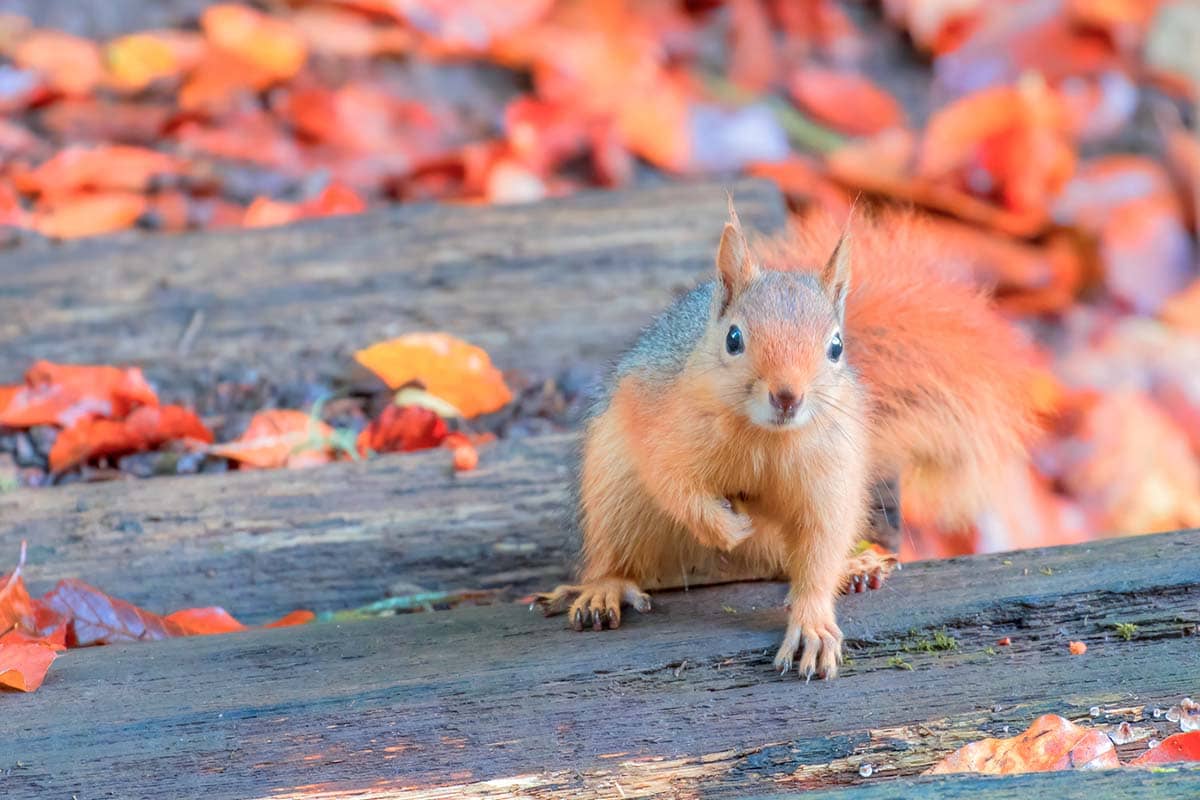 The Seven Lakes region is known for its variety of flora and fauna as compared to much of the rest of Anatolia. The perfect place for observing this diversity is at Yedigöller National Park. Here, effective protection has resulted in rising populations of deer, pigs, wolves, foxes and squirrels. The park has an exclusive protected area for the three species of deer inhabiting the park. Yedigöller National Park was also the site of the first cultured trout farm in Türkiye, This trout farm was created in 1969 and since, trout fishing has become a popular activity at the park. 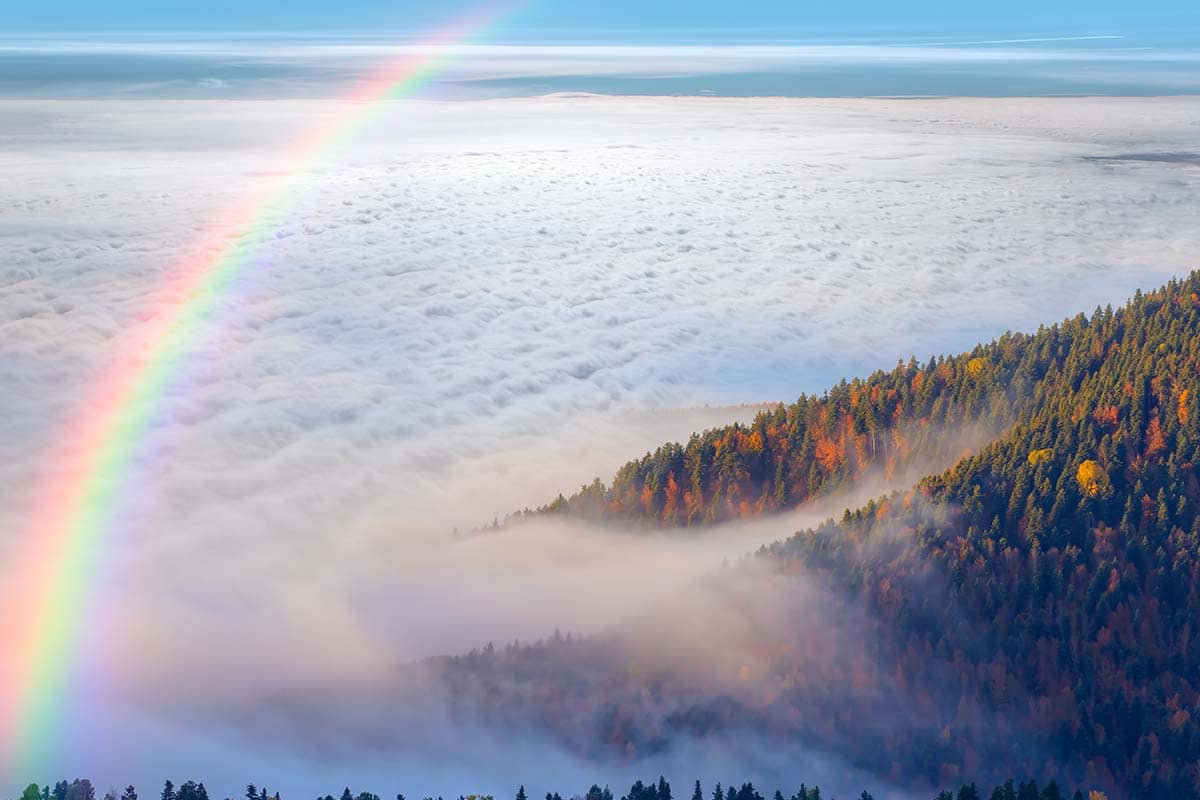 For tree-lovers the Seven Lakes region is possibly the best place to visit in Türkiye as it is home to a wide variety of species. Beech trees, oaks, hornbeams, firs, elms, hazel nuts, spruces, alders, lime trees, black pines and Scotch pines can all be found in considerable numbers in the region with the primary tree cover being beech trees. The region is also home to endangered yew species. Photography enthusiasts in particular may want to plan their trip to the Seven Lakes around autumn as the picturesque scenery is painted all the warm hues of red, orange, and yellow. 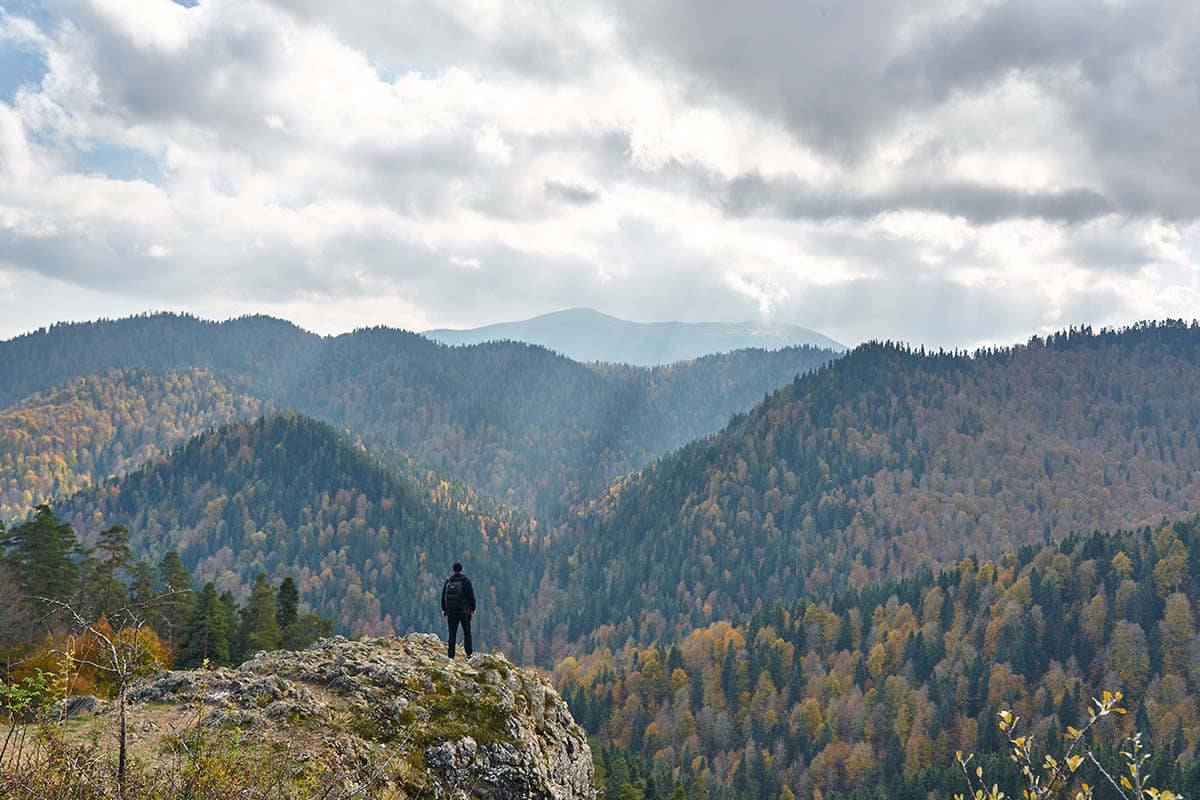 As one of the most popular nature retreats in Türkiye, there are many outdoor activities and fun to be had in the Seven Lakes region. There are several hiking routes of varying length and difficulty that take walkers round the lake, through the forests, and even the higher elevated areas. The national park also boasts a bike path and mountain biking paths for those who bring their own bicycles. Finally there are dedicated areas for fishing where visitors can fish for a small fee. 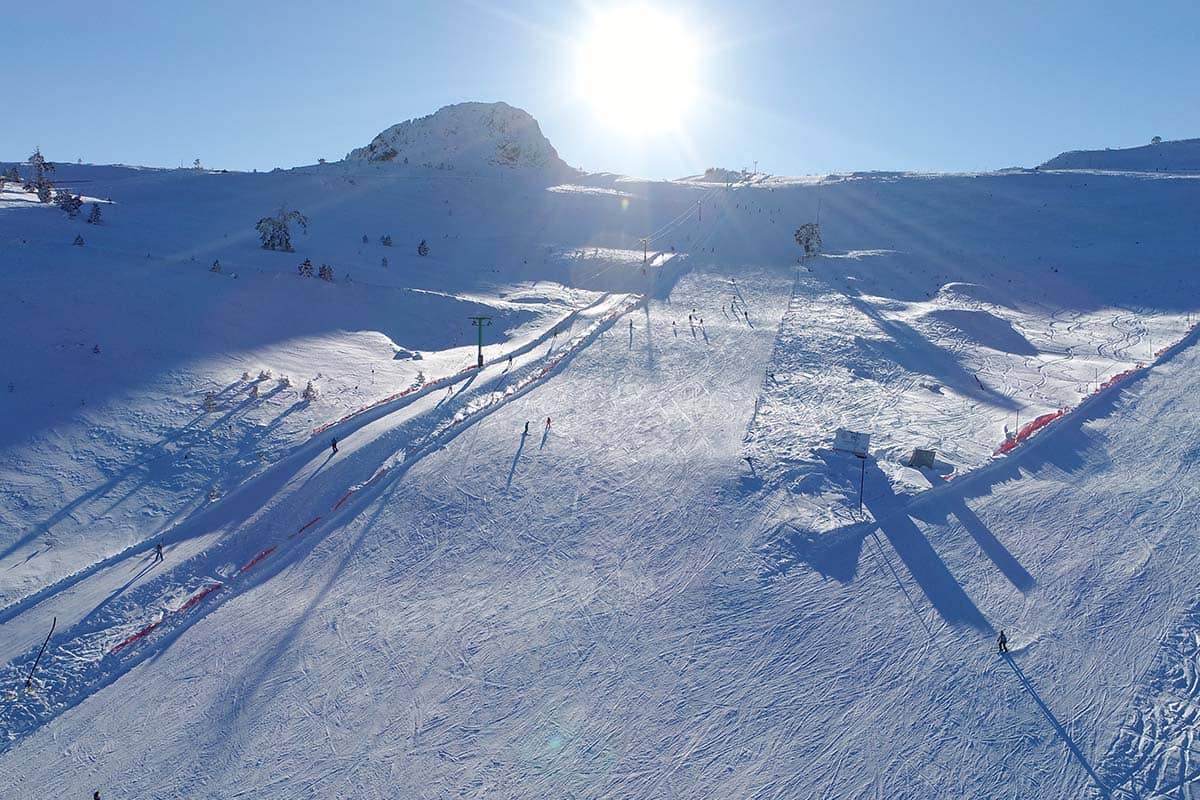 Visitors to the Seven Lakes regions during the colder months will not want to miss the nearby Kartalkaya Ski Centre. Located an hour’s drive south from the center of Bolu, the ski resort is commonly open between December and March. Those who can will want to try and visit during the weekdays as the weekends can get quite crowded with visitors coming from Istanbul and Ankara. 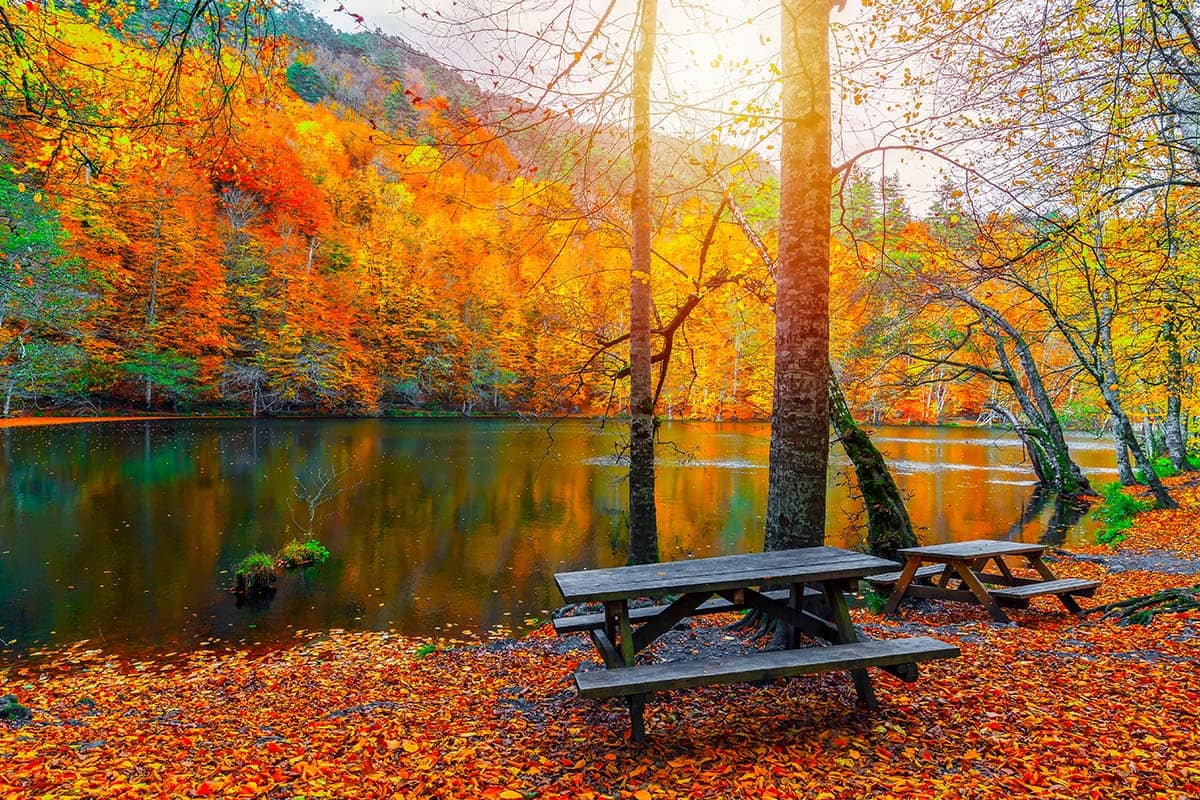 Türkiye boasts an impressive amount of tourism destinations all throughout the country but for those who love nature and the outdoors, particularly the serenity of a quiet forest, the Seven Lakes Region, (Yedigöller) should be at the top of any Türkiye travel itinerary.