Arslantepe: The UNESCO Site Where State Society Was Born

Arslantepe, Malatya’s 8,000-year-old archaeological site, is a Neolithic mound where several settlements have been uncovered, one on top of the other. A monumental area where state society was born, Arslantepe has been recently included on the UNESCO World Heritage List.

Located at a privileged point in the fertile Malatya Plain, Arslantepe is a 30-meter-tall mound of about 4.5 hectares created by the superimposition of settlements built on top of each other for millennia. It is situated some 12 kilometres from the west bank of the Euphrates River, and flanked by the slopes of the Anti-Taurus Mountain range on the other side.

Arslantepe was occupied in the 6th and 5th millennia BCE, but its most prominent and flourishing period was the 4th millennium when the palace complex was constructed. The Hittites called Arslantepe “Malatiya,” while in late Assyrian and Urartu sources it is referred to as “Melid”, “Meliddu” or “Meliteya.”

One of the largest mounds of Türkiye, Arslantepe is believed to have been home to many civilizations over several millennia. Evidence implies a short occupation in the Neo-Assyrian period, and the site was reoccupied in the Roman era to be ultimately used as a cemetery in the Byzantine period.

Arslantepe shows fundamental changes in human relations during the period of state formation, which involved Eastern Anatolian and Mesopotamian societies in the course of the entire 4th millennium BCE. The site is an exceptional testimony to the first emergence of state society in the Near East, originally related with the great 4th-millennium Uruk civilization. This interchange of cultural traditions and social values resulted in the emergence of new social and political systems based on hierarchies, social differences, economic privileges, and new power relations. These, in turn, led to new developments in monumental architecture, administrative technology, and iconography of power in artistic representation. 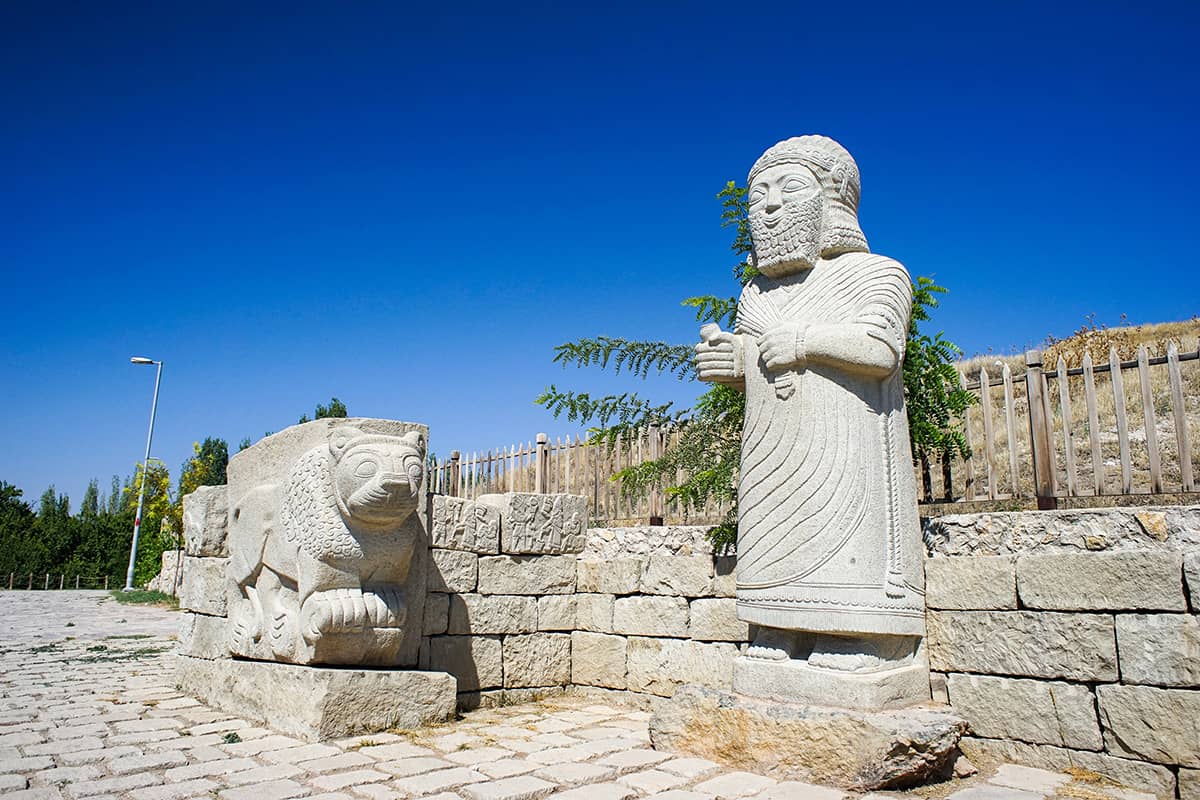 Arslantepe has been registered on the UNESCO World Heritage List for its outstanding universal value. Having witnessed such enormous changes in cultural and political traditions, Arslantepe stands witness to the long history of Eastern Anatolia and its surroundings. It is the earliest known archaeological site that represents the complex process that gave birth to a state and a sophisticated bureaucracy - even before the invention of writing. The site provides information on the early formation of this new society, which formed the basis of our contemporary world. What is more, this process can be observed in consecutive layers since the archaeological remains here are very well-preserved.

Arslantepe Palace, the earliest known palatial complex, came to light here. It offers extensive information on a very early and unique experiment of central government and the exercise of authority. The leaders of the community lived in the palace and performed their different public activities relating to religion, economy, politics, and administration here. Arslantepe was once an official, religious, and cultural centre, and now it is a contender for the title of “The first state society in the Near East.” At this very site society transformed from egalitarian to hierarchical and became politically centralized.

Once a Roman village and a Byzantine necropolis (cemetery), the site gets its name from the two busts of lions unearthed and today, standing at the site’s entrance. Excavations at the site started in 1931, and, in addition to the two lions, a courtyard decorated with low reliefs, a statue of the Hittite King Tarhunza, and a late Hittite palace have been unearthed. The walls of the palace with original white plasters and wall paintings are unique in their subject and style.

The thousands of clay seals found in the palace tells us of a very sophisticated and innovative bureaucratic system for administering the movement of goods and the redistribution of staples as compensation for labour. This is a unique testimony to the emergence of a state bureaucracy and accountability before writing was invented. Evidently, the peoples of Arslantepe used seals to document the transactions performed at the administrative grounds and to identify the authors of these transactions as part of a highly developed and advanced administrative system. 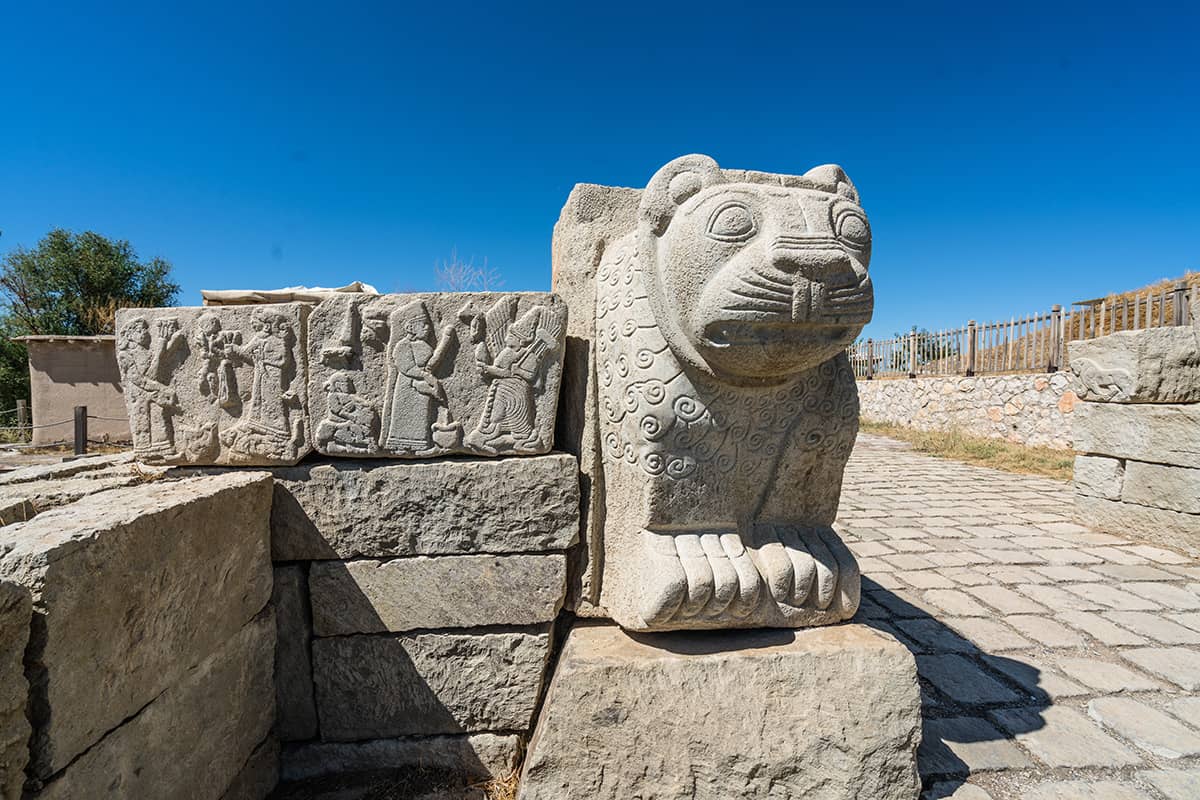 Arslantepe also exhibits evidence of important developments in original and innovative architecture and monumental art - in such an early period, these developments are unique in the entire southwest Asia and the world! Their exceptional state of preservation and conservation make them truly a world treasure. 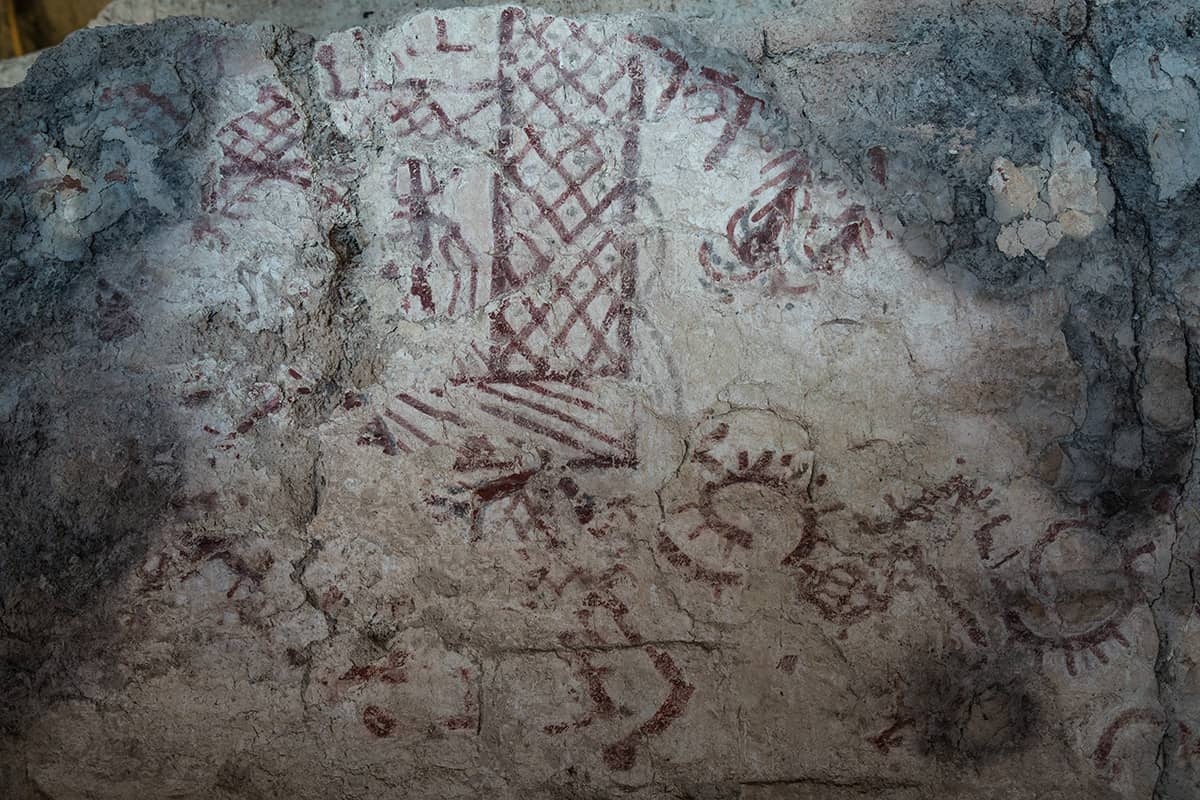 A group of copper alloy and bronze weapons, some with silver inlay, was found in one of the palace buildings thought to be the king’s tomb. They are now exhibited at the Malatya Museum and indicate the development of a sophisticated metallurgical technology and artistic taste. Among them, nine swords are the earliest examples of this type of weapons discovered to this date in the world. They testify to the innovation in the forms of combat and a new political power that exhibited force.

If you find yourself in Malatya, known as Türkiye’s apricot capital, we highly recommend that you visit this unique UNESCO site! To learn more about what to see in Malatya Province in Eastern Anatolia, click here.