On September 23-26, 2021, İstanbul’s Bosphorus Strait hosted the 20th Bosphorus Cup, a unique annual event where sailors get the opportunity to race on the natural strait separating Asia and Europe. Supported by the General Directorate of Youth and Sports and the Municipality of İstanbul, this was İstanbul’s 20th Bosphorus Cup. Now a globally known sailing regatta, the event was first organised in 2002 and has been taking place for the last 20 years.

This year, the competitors were especially hyped to win the race as they contended for the title of “Winner of the 20th Bosphorus Cup” – a milestone in the history of this challenging sailing regatta. In addition to receiving the traditional cup, featuring a blend of silver and crystal, racers have the chance to introduce this sport to a larger public and promote İstanbul’s eminent sports identity. The trophy bears the name “Perpetual Trophy” and was designed by Can Yalman in 2004. Its “V” shape symbolizes the racers’ struggle during this adventurous race. 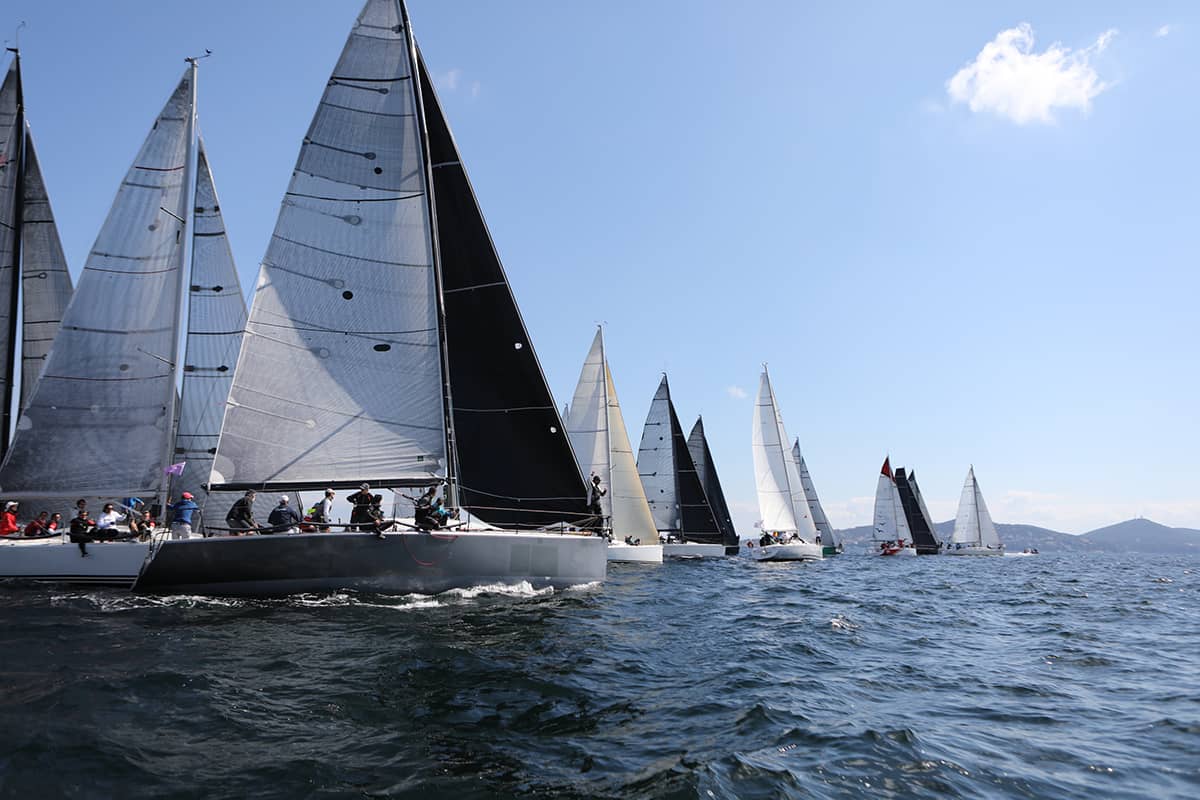 The Bosphorus Strait was closed to maritime traffic during the two-day intense racing regatta, which started off the coast of İstanbul’s Beşiktaş Pier on Saturday and continued with the 2nd stage off the coast of Caddebostan on the city’s Asian side. On September 25, the most celebrated part of the route was followed with sailors racing on the Bosphorus and crossing between continents.

With more than 500 racers and 70 sailing boats competing neck to neck, the Bosphorus Cup started with a skippers meeting, which took place online, and ended with inshore racing on the Marmara Sea. From its very first year, the Bosphorus Cup has been open to participation by all teams formed by corporate companies. Plenty of ambitious teams and ORC (Offshore Racing Congress) classes registered for this year’s event. The 20th anniversary of the event also saw Slovenian teams competing along the Bosphorus for the first time. 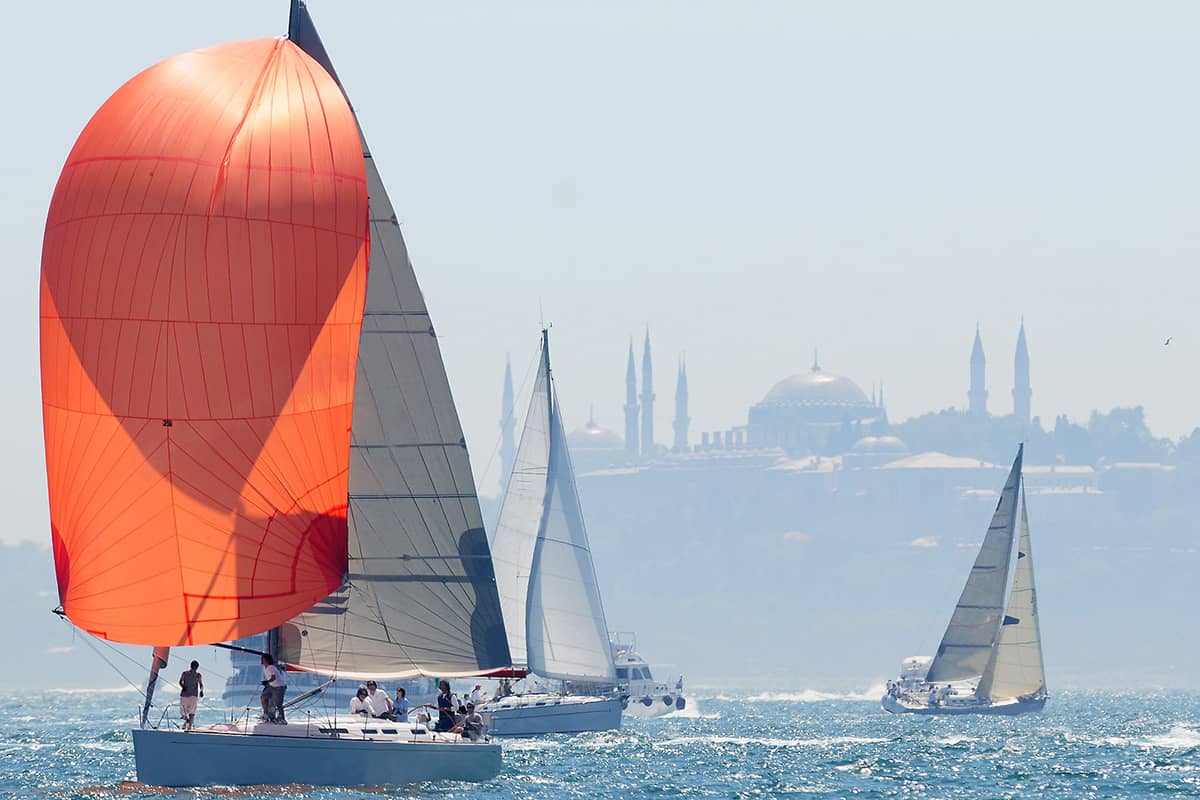 The founder of the Bosphorus Cup, Orhan Refik Gorbon, was happy to announce that the event featured a group of Turkish racers and participants from nearby countries. With the participations of racers from Serbia, Romania, Ukraine, France, Slovenia, and Spain, the Bosphorus Cup was an extremely enjoyable competition in 2021 and is expected to continue as a howling success in the years to come.

This year’s overall winner was Asterisk, featuring Hasip Gencer and his team. Following the Bosphorus Cup’s twenty year-long tradition, the trophy was handed over to the winners by last year’s winning team members, and Asterisk, in turn, will be handing the trophy over to next year’s winner in 2022.

Offering a true visual feast featuring sailboats gliding across the turquoise waters of the Bosphorus, the event was broadcasted live on social media and the event’s website. No matter where viewers were, they could watch the exciting event and enjoy the magnificent Bosphorus views speckled with colourful sailboats. However, for those lucky enough to be in İstanbul for the race, the best views were offered from Beşiktaş Pier, Ortaköy Square, or the coasts of Akıntıburnu, Aşiyan, and Beylerbeyi. 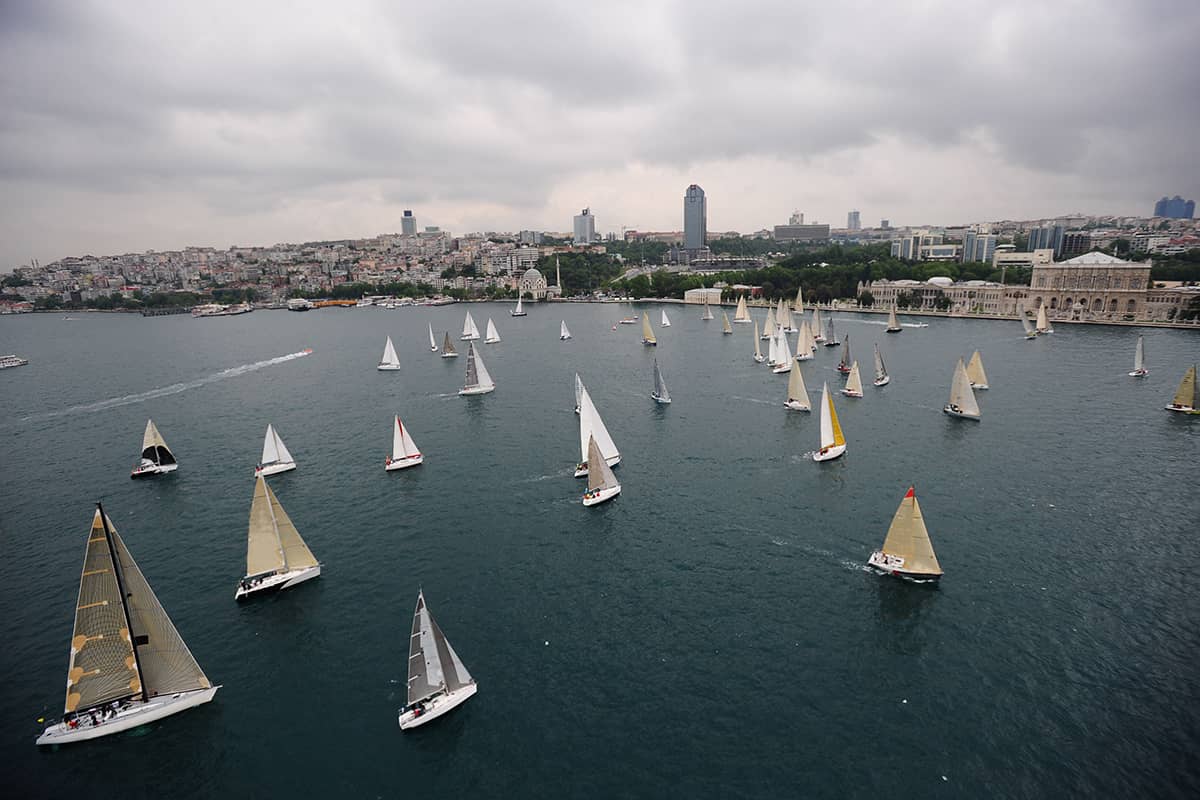 Türkiye, surrounded by seas on three sides, offers visitors endless choices and opportunities for fun and enjoyment. Whether afloat on the Bosphorus Strait or cruising in the Turkish Riviera, you will love discovering Türkiye, while sailing off the country’s breathtaking coast, guided by the gentle winds and waves. Click here to learn more about all that Türkiye has to offer water sports’ enthusiasts.